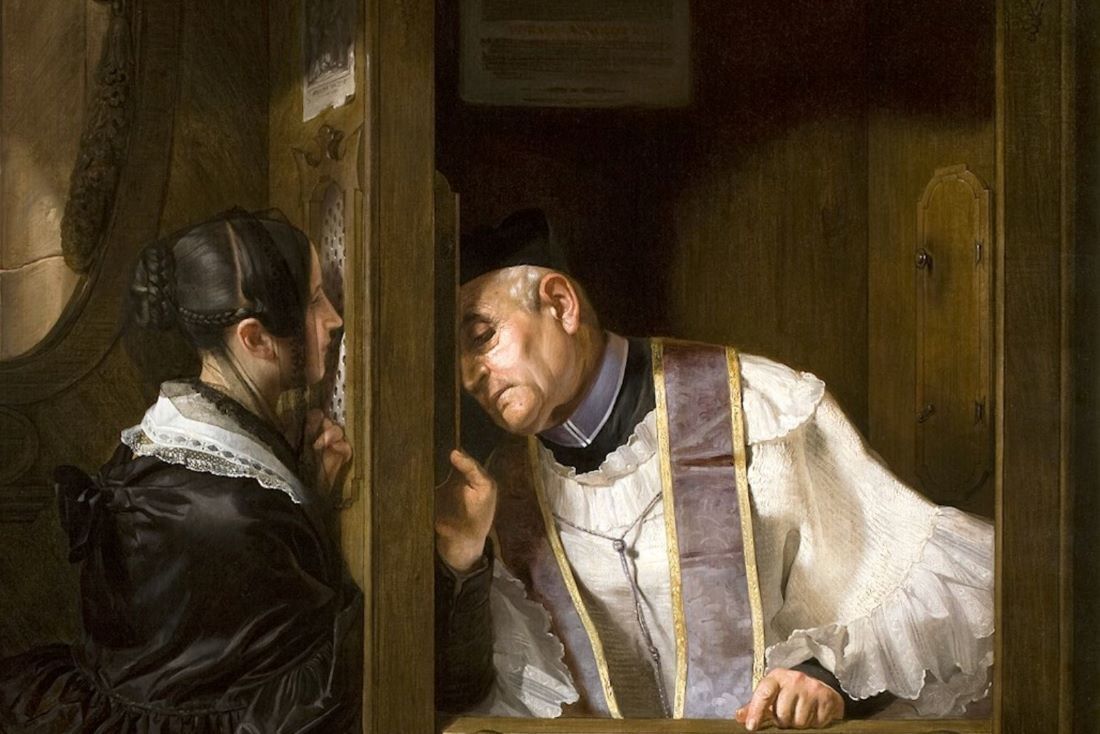 When answering the question, “Who is the priest we want?,” I think the first answer would be, “The priest we get. We do not have much choice!” But seriously, we are glad to have a priest. Most of us laity whether we can articulate it or not, realize that the priesthood is a gift and that we are on the receiving end, and we do not take it for granted, even if we do not always show it.

That being said, I am going to plunge forward into the topic of the priest we want and use a passage from Presbyterorum Ordinis as a guide for thinking about this:

Priests, while being chosen from the midst of humanity and appointed to act on their behalf in what pertains to God—to offer gifts and sacrifices for sins—live with the rest of humanity as with brothers and sisters . . . The priests of the New Testament are, it is true, by their vocation and ordination, set apart in some way within the People of God, but this is not in order that they should be separated from that people or from any person . . . but that they should live among people in this world and, as good shepherds, they should know their flock.

It takes time to find the balance, just as it does for a dad. A dad is “set apart” from his kids but on their behalf. If I as a Dad were to try to be my kids’ “pal” or “friend,” trying to erase my legitimate “set apart-ness,” I would not actually be their friend. I would be cheating them of something—of the special role a dad has in their lives. On the other hand, if I lived out my “set apartness” as license to feel I am above spending time with them, not what they used to call “quality time,” whatever that is, but just hanging around doing whatever comes into our heads to do together, I would be cheating them too. My point is that you can err on either side, and the priest we want has learned the balancing act of being “set apart” “for.”

Some examples: Reverence at Mass and around the altar and any sacrament or sacramental. The priest is “set apart” and his reverence for the altar and the things of religion shows his special consecration for these things, his “dedication” in the Old Testament sense, dedication to the house of God and the sacred actions that transpire there. Priests can err by refusing to accept this “set apart” status. Perhaps we have all met the Terribly Chatty Priest who paraphrases liturgical formulae, adding his own commentary everywhere he can, omitting gestures of reverence prescribed or customary, etc. Such a priest, because he fails to be “set apart,” actually fails to be “for” as well. Acting as though you really are acting in persona Christi capitis, means acting for, mediating the people of God to themselves, as the People of God and not the people of the priest.

A priest can also err by acting so “set apart,” being so sanctimoniously, that he fails to seem even human, fixated on details and obsessed with form. Neither one teaches the people true reverence, and therefore true love, for the things of our religion and the mysteries they represent. There is a big gap between indifference on the one hand or formalism on the other, but refusing the tension is not what the priest we want would do.

Another example: Dorothy Day used to say the priest is the person from whom she expects to receive the “hard word,” meaning the difficult teaching, the difficult challenge, the correction. Indeed, the priest is “set apart” for that very purpose. A priest can err by refusing to accept his “set apart-ness,” refusing to offer the “hard word,”—and then again, ironically, he is not really “for” the people he is serving. On the other hand, the priest can also err by offering the “hard word” in a hard way, by scolding, patronizing or failing to try to step into the shoes of the one or ones he is correcting, or doing it in the wrong context. The priest we want says the hard word, but perhaps in such a kind or sensitive or patient way, that its hardness is converted into an invitation to go deeper and to go deeper together. The priest who genuinely offers the “hard word” is one who shares the cost of offering it.

I would add that the “set apartness” of ordination does not necessarily include or guarantee that a particular priest has more Christian wisdom or spiritual experience than any given layperson he may encounter. If he is truly “set apart for,” he will know when he may have to hear a “hard word,” which, if it does arise from Christian wisdom, will probably be tendered somewhat gingerly, and he should have “ears to hear” and eyes to notice it when it comes.

Another example: the priest who refuses to be “set apart” and tries to be just a Regular Guy with Regular Folks. Ironically, by failing to be “set apart,” he fails to be “for,” too. Or, on the other hand, the priest who has no friendships with laypersons, who never visits their homes, never umpires a ball game or plays with kids, also fails to be “for.” Friendships with laypersons do not erase the being “set apart” if they are true friendships, nor do priests create true friendships by acting as though they are not “set apart.” Obviously the personal details of this would be personal to each situation, but the same dynamic is in play.

I worked for the 13 years I was Chair of the Theology Department at Notre Dame very closely with Bishop D’Arcy of blessed memory. In fact, we became friends and looking back I would say he was one of my closest friends. That may seem impossible or unlikely, to be friends with a bishop—I mean as a layman. But it could happen because he was always the bishop, not just another guy, and always, in fact, my bishop. I think I would have died before calling him by his first name, and did not for a long time realize that we actually had the same first name. For his part, he would never have called me Dr. Cavadini—he always called me “John.” The same goes mutatis mutandis, for playing sports with kids or teenagers or otherwise having fun with young people: it does not erase the “set apart,” and that is actually what makes it fun for the young people—the priest as priest is playing with them.

Another example: the priest who avoids his status as “set apart” by sharing parish governance and delegating so many decisions that he forgets that he, and he alone, is in charge of certain things. For example, liturgical music. Many liturgical music ministers have an excellent knowledge of music and sometimes even a theological formation, but for the priest never to make a judgment about hymns whose lyrics are actually un-orthodox or offer a steady diet of irreverent banality, is again, a priest who at the same time is not really “for” the people. A priest who never seems to notice that some cantors cannot be heard or understood, and some lectors are better and some much worse, because they do not want to get involved—is not really “for” the people from whom he has been “set apart.” On the other hand, a priest who is so “set apart” that he never delegates, never seeks counsel on important decisions, never really listens, is of course more obviously not really “for,” either.

Another smaller example, and one on which there is an even wider legitimate range of variation than those above, is wearing the Roman collar. The instinct that some priests seem to have almost never to wear it, to avoid seeming “set apart,” is also, again, a failure ultimately to be “for.” The opportunity to evangelize just by being present, identified as a priest and open to any question or confidence, is lost. Of course the opposite error, to make one’s identity seemingly only a matter of advertising that one is indeed set apart, way apart, French cuffs and gold cuff links included, is only a form of clericalism, which I look upon as the mistake of clinging to being “set apart” as a kind of status, an advantage to be pressed, instead of an increased availability, physical and psychic availability, to be “for.”

The priest we want would balance the “set apart” and the “yet not separated” in accordance with his unique personality, in a way natural to him, and not prescribed in advance. We do not prescribe personality. But maybe the rubric, from Presbyterorum Ordinis, of “set apart” but “set apart for” is a useful one for helping any personality type grow into “The Priest We Want,” not as an imagined someone else, but precisely as himself.

EDITORIAL NOTE: This a slightly revised version of an address delivered to the Institute for Priestly Formation on 31 March 2019.

Yves Congar and the Future of the Church in Its Past

Charles Taylor on the contributions of Yves Congar OP to Vatican II. 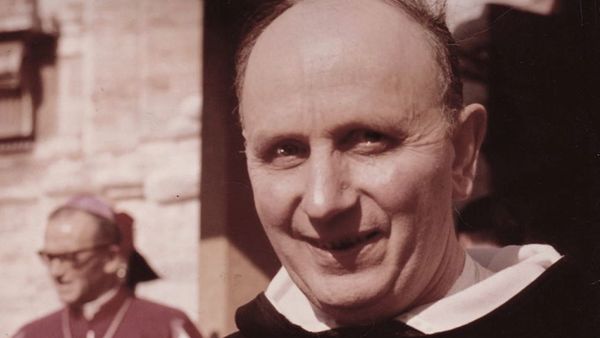