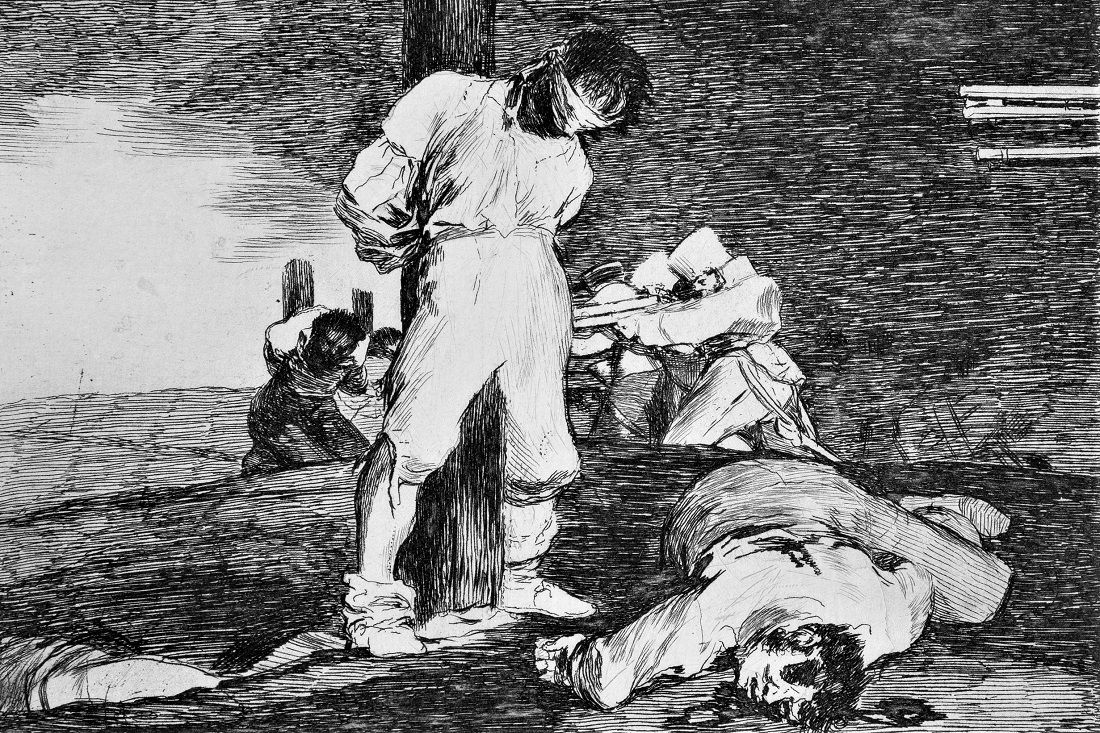 Going through old albums can really pull you into a remembrance of things past. For instance, when I came across my old Metallica album, Ride the Lightning, it took me back to a time when we unironically used Polaroid cameras, watched time-travel movies on VHS in which 2015 was considered the very distant future, and—as indicated in the album’s title—the state still killed people with electric chairs.

Except that we killed a man in Tennessee via electric chair just last month.

Tennessee only allows those convicted of a capital crime before 1999 to choose the electric chair, but Edmund Zagorski elected to be killed in this way because of what we are now learning about death by lethal injection—the strong possibility that it causes “immense pain and suffering.” Perhaps he had also heard about the lethal injection of Jack Jones who was “coughing, convulsing, lurching, [and] jerking” during his botched execution.

Indeed, just weeks after Zagorski, a second Tennessee death row inmate requested the electric chair. These are remarkable choices, especially because some botched executions by electric chair have resulted in the inmate catching fire and filling the chamber with smoke and the smell of burning flesh.

Not to be outdone, some Utah death row inmates decided that death by firing squad is their least bad option.

It one sense it is terrible that we are returning to this kind of explicit and ghastly violence, but in another sense there is something fitting about our being forced to face the horror of what is being done by the state in our name. Lethal drug cocktails have hidden the brutal reality for too long. We ought to be able to honestly face what we are doing.

And while what we are doing is bad enough from the standpoint of violence, it is made even worse when we think about those the state chooses to kill. Some of what follows may be familiar to you readers, but it is worth reminding ourselves how the death penalty is practiced in the U.S.:

Indeed, as it became clear back in 2003 how many death row inmates in Illinois were being exonerated with DNA evidence, Governor George Ryan made the decision to commute all the death sentences in his state, saving the lives of 167 inmates. Arguing that the process was “haunted by the demon of error,” he must have come to the reasonable but horrifying conclusion that before DNA tests were available Illinois had likely executed dozens of innocent people.

Still, the death penalty is a persistent part of U.S. state policies—and in some places it is even making a comeback. 54% now support it, up from 49% in 2016. The 2016 elections saw comfortable majorities in Nebraska (61%) and Oklahoma (66%) reject their bans on capital punishment. Even California saw a 2016 ballot measure to repeal the death penalty fail. Ohio reinstated the death penalty in 2017.

With the growing realization that lethal injection is not the solution, the death penalty is likely going to become even more violent in the coming years. And one effect that this violence has which does not get a lot of attention is the harm it does to those who witness and participate in it.

Family members who have seen what it does to people close to them tried to warn the Ohio legislature about what bringing back the death penalty would do to corrections officers forced to participate in this state sponsored violence. Ron McAndrew is now a death penalty abolitionist, but before that he was a prison warden who supervised prisoner executions. They haunted him: “I started to have some horrible nightmares. It was the faces of the men that I executed. I woke up and saw them literally sitting on the edge of my bed.”

The welcome news of the overwhelming passage of modest criminal justice reform in the U.S. Senate was heartening. The diversity of the political coalition present in the 87-12 vote was startling in today’s polarized atmosphere. The libertarian and small government conservatives who voted as they did because they do not trust the state to keep running a prison-industrial-complex could and should turn their attention to the death penalty. Whatever skepticism they rightly have about the global embarrassment that is U.S. mass incarceration practices, it should be multiplied twentyfold for our execution practices.

Pope Francis recently clarified for the Catholic faithful that the death penalty is “inadmissible.” The full range and implications of the teaching is still not clear, but surely he was speaking of countries like United States when he said “more effective systems of detention have been developed, which ensure the due protection of citizens but, at the same time, do not definitively deprive the guilty of the possibility of redemption.”

There is simply no excuse for a country like the U.S. to have the death penalty. It is still stunning to think about, but the last couple years, for all their faults, saw the state return to the electric chair and firing squad. It might have been drowned out by all the other chaos, but we should not let this pass without serious reflection about what this says about our culture.

On second thought, maybe I will just distract myself by listening to Ride the Lighting. “For Whom the Bell Tolls” sounds like a good song.