1. What is Sant'Egidio? What is its charism?

I often think that the Sant'Egidio Community is best understood through its founding, precisely because its founding was not really a founding. Nobody decided to create an organization, a rule, a structure. No, in Rome in 1968, at a time of great social ferment, a group of Catholic high school students began to gather together as friends in order to pray and to seek out and befriend the poorest of the poor. They did this regularly, grew in their ranks, and today you have a community of friends numbering tens of thousands and spanning nations and continents.

This community has borne remarkable fruit, including friendship with the elderly and advocacy for the poor around the world, opposition to the death penalty, the combatting of AIDS in Africa, the mediation of numerous peace agreements in Africa and Latin America, and numerous other projects and causes. These “works,” though, all grow out of the community’s basic charisms of prayer, communicating the gospel, and friendship with the poor. Friendship comes first.


2. How has Sant'Egidio challenged you to holiness?

The community has challenged me to incorporate the poor into my life. Here in South Bend, we visit the elderly at Cardinal Nursing and Rehabilitation Center on Thursday evenings. We’ve been coming Cardinal for fifteen years and it is still hard. Strangely, it confronts me with my own poverty. There is no utility in these friendships, only the friends themselves in all of their day-to-day ups and downs. Any latent self-importance is no good here and must be checked at the door. Strangely, too, the friendships give me great joy. These are some of the most honest and genuine friendships I have. Small talk also does no good here, either. We must get to the heart of things.

Sometimes we find ways to be of service to our friends. We might find them a pair of slippers or a way to play music in their rooms. We have an annual Christmas party and a lunch on Christmas Day that models a meal that the Community in Rome serves to the poor every Christmas. But such “program” arises organically from the relationships. Our friends serve us, too, through their smile, their encouragement, and their warmth.


3. What is a story that encapsulates the ethos of Sant'Egidio for you?

I think not so much of a story but of a scene: that of the 10th century Church of San Bartolomeo, which sits on Tiber Island in Rome, just outside the neighborhood of Trastevere, where the Community is headquartered. The church is filled with martyrs’ relics, which are nothing unusual in Rome. But these relics are not those of early Christians thrown to the lions but of Christians who were killed for their faith over the past century. More Christians have been martyred over the past century than in the entire previous history of Christianity. The side chapels contain displays for different continents and different historical episodes such as the Holocaust. We find the missal of Archbishop Oscar Romero of El Salvador; the Bible of Shahbaz Bhatti, a Pakistani Catholic government minister who was slain for his advocacy of Christian minorities; the piece of rock that was used to kill Polish priest Jerzy Popiełuszko, who was assassinated by Poland’s Communist government; and numerous other material witnesses to the holiness of brothers and sisters around the world who died for their faith.

When I organized an international conference on global Christian responses to persecution in Rome in December 2015, I worked closely with the Community. One of the events in the conference was a prayer service at the Church of San Bartolomeo. No place better illustrates how Christians respond to persecution faithfully. Here, in South Bend, our community hosts an annual prayer service for the martyrs on Palm Sunday. We display a replica of an icon to the martyrs of the past century that stands in the Church of San Bartolomeo.

San Bartolomeo reflects the Community’s ear for suffering and for witness to the Gospel through suffering. Again, the work begins with the lives of ordinary human beings and recognizes how grace shines through their lives. When Pope John Paul II established this church as a shrine to today’s martyrs in the 1990s, on the occasion of the Jubilee Year of 2000, he asked the Community to be the custodian of the site, doubtless recognizing that the Community’s charisms qualified it uniquely for the job.


4. How does your involvement in Sant'Egidio affect your experience of the Church?

When, early in Pope Francis’s pontificate of, he spoke of the Church as a field hospital and called Catholics to be like shepherds living with the smell of their sheep, members of the Community of Sant’Egidio felt as if the Holy Father’s voice was one with their own. The Community’s friendship with the elderly, gypsies, prisoners on death row, AIDS victims in Africa, immigrants, and countless other people on the periphery echoes the mercy that has become the theme of Pope Francis’s pontificate. This is a mercy that actively seeks out the lost, the alienated and the forgotten, and that Pope Francis has anchored in the triptych of stories found in the fifteen chapter of the Gospel of Luke: namely, the Prodigal Son, the shepherd who leaves ninety-nine sheep to search out a lost sheep; and the woman who searches her house to find a lost coin. In giving voice to these themes, Pope Francis has encouraged me in my visits to Cardinal Nursing Home and helped me to understand more profoundly what these visits are all about.


Editorial Note: Throughout the month of November, Church Life Journal will explore the Catholic imagination as an imagination of sanctification. By sanctified imagination, we mean the imagination which highlights the core narrative of the Paschal mystery, as radiantly incarnate in the saints. We seek to reflect on the manifold ways Christ becomes all-in-all through the men and women of his mystical body, the Church. As our authors explore the various dimensions of the sanctified imagination (please click the link for a list of the posts), we invite you to think along with us. Today’s post is part of a sub-series, which explores ecclesial movements. 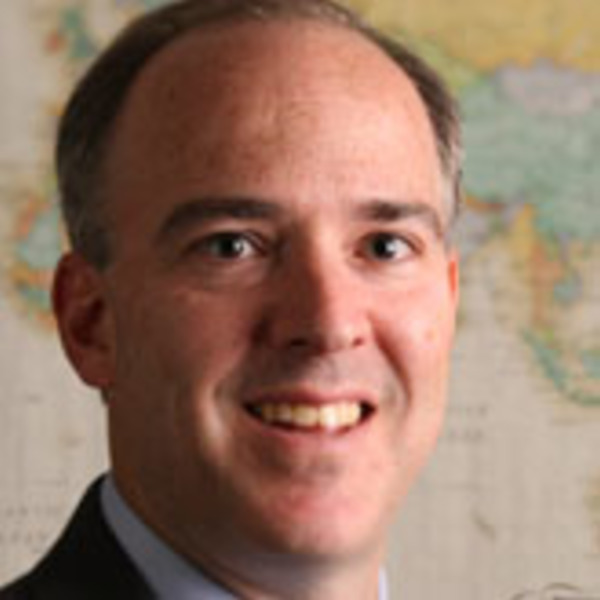 Daniel Philpott is Professor of Political Science at the University of Notre Dame. He is a scholar of religion and global politics and author of Religious Freedom in Islam: The Fate of a Universal Human Right in the Muslim World Today.