The Spirit of the Lord GOD is upon me,
because the LORD has anointed me
to bring good tidings to the afflicted;
he has sent me to bind up the brokenhearted,
to proclaim liberty to the captives,
and the opening of the prison to those who are bound;
to proclaim the year of the LORD’s favor,
and the day of vengeance of our God;
to comfort all who mourn;
to grant to those who mourn in Zion—
to give them a garland instead of ashes,
the oil of gladness instead of mourning,
the mantle of praise instead of a faint spirit;
that they may be called oaks of righteousness,
the planting of the LORD, that he may be glorified.
They shall build up the ancient ruins,
they shall raise up the former devastations;
they shall repair the ruined cities,
the devastations of many generations.
Aliens shall stand and feed your flocks,
foreigners shall be your plowmen and vinedressers;
but you shall be called the priests of the LORD,
men shall speak of you as the ministers of our God;
you shall eat the wealth of the nations,
and in their riches you shall glory. (Isaiah 61:1-6, RSV)

Grace to you and peace, brothers and sisters, from God our Father and our Lord and Saviour Jesus Christ. Amen.

He is here. The anointed one is here. He has come and now everything will change. Perhaps that’s what you thought when you heard those words of Isaiah’s prophetic tradition when they first appeared on the scene around the time that Israel was finally coming out of its exile in Babylon. And back then, in the return home, and rebuilding, it may have felt like the prophet’s voice had spoken to the reality of what was happening as that society rebuilt itself after their long exile. But what if that was not the last time you heard these words of the prophet Isaiah, what if the last time you heard these words was the year before Christ returned to Nazareth?

Like us, the ancient Jews followed a lectionary of set readings in the synagogue. If you were wondering where the tradition of having a set pattern of readings through the Church year (or three years in modern times) came from, it originated back in the Hebrew people’s Temple worship, which really means it’s not so much that they did it like us, but that we still have patterns of worship we inherited from them. So if the last time you heard these prophetic words was not the day that they were first spoken, but instead it was the last time they were read before Christ himself would stand up at the desk and unroll the scroll and declare that he is the anointed of the Lord who is here fulfilling the Scriptures, you may have looked around and wondered if there was any truth in them at all.

Israel was an occupied country. There were no foreigners coming in to tend the flocks of the Israelites, or to plow their fields; in all reality, these were the jobs that the Israelites had in service of the larger Roman economy. An occupying army was visible in the towns and along the roads, and every time you heard a prophetic reading of deliverance, it may have been just a bit more salt in the wound when you looked out at your reality.

And the Temple had already been rebuilt. Why do we need to hear about the rebuilding of ancient cities? Even though the Temple had been rebuilt, there was still an elaborate system of Temple taxes to worry about. Israel had their cities back, kind of, but they were still required to make offerings to the Temple as if something more is needed. It may have been that by the time you came to synagogue and heard the carpenter’s son going on about how he was the anointed one, how he was the fulfillment of Scripture, these words of a promise of restoration felt hollow. And if they caused you to cry out in anger, or to pray for a new king to come, you would miss out on the fact that today is the day a carpenter’s son stood up in the synagogue and talked about rebuilding everything that had been devastated generation after generation.

Jesus knew his carpentry, Joseph had raised him as his own, and he would have picked up a thing or two from a dad who was a builder. But even more than this, Jesus knew building—he knew creating and molding and shaping. He knew how to make everything from nothing because he has been part of creating the world since before time began. And like a master craftsman, he knew that something had become broken in the creation that he had been a part of making. Unlike the residents of Nazareth who knew something was wrong, but weren’t expecting a fix, because everything that needed fixing seemed to have been rebuilt already, Jesus knew what was really broken. He could see the totality of the generations of devastation, and he has come in order to restore that which was broken.

Jesus stands up at the desk, he unrolls the scroll of the prophet, and he begins to speak these words from Isaiah. What we receive in the Gospel according to St. Luke is just a taste of what might have been heard in the synagogue that day. Luke records enough to give us a reference, a starting point in Isaiah. And when we look back we find these prophetic images of restoration and salvation. Promises of a life removed from servitude, of ruins which shall be rebuilt, promises that mourning shall be turned into gladness and that all those who are captive will be set free. And if you heard all this and had hope for the kingdom of Israel to be restored to its former glory, you wouldn’t be hearing what Jesus really came to do.

Israel’s history with God was one filled with stories of their wandering away from God, and his restoring them to himself in accordance with his covenant, but the failures always continued. This was not the restoration that the carpenter’s son is proclaiming to us today. That was a pattern brought on by sin; it was a demonstration of generation after generation living out lives with the stain of original sin always sitting just below the surface and occasionally coming up and rearing its ugly head in fits of unfaithfulness. And that is not the pattern which is being restored in Christ.

Christ is the creator who knew something was wrong in creation, and we hear these words today and we are being shown something about our Lord. Just as he could see the effects that sin had on generation after generation of Israelites, he can look at us and can see the hooks that sin has in our lives. Today he is promising to set the captives free, to break the bonds that sin has on us. Where sin has a hold of us—in addiction or lust or jealousy or anger—he is the one who has come to free us from this so that we may live our lives in him. He has promised to turn our mourning of death into a celebration marked with joy because he has come to truly restore us to new life in him. In him, sin loses its grasp of us, and because of this, death no longer has claim over us.

Our creator Lord, a carpenter’s son from Nazareth, proclaims to us that in him is a restoration to a new life, a life that we could never imagine on our own. He is the anointed of the Lord and he has poured out his life in order that his creation will be restored. Today, as we come to the table, we receive him; we receive his holy and anointed life, and that is where he is restoring us, that is where he is forgiving our sin, breaking sin’s hold on us. We come to the table and here we catch a glimpse of the life for which he has designed us, a life where sin and death are no more, a life where he will provide us with everything we need. Today is the day that we are the ones being restored by our Lord and we rejoice that today he is fulfilling the Scripture in our sight. Amen.

Editors’ Note: This text was delivered as a homily for the celebration of Epiphany (Year C). 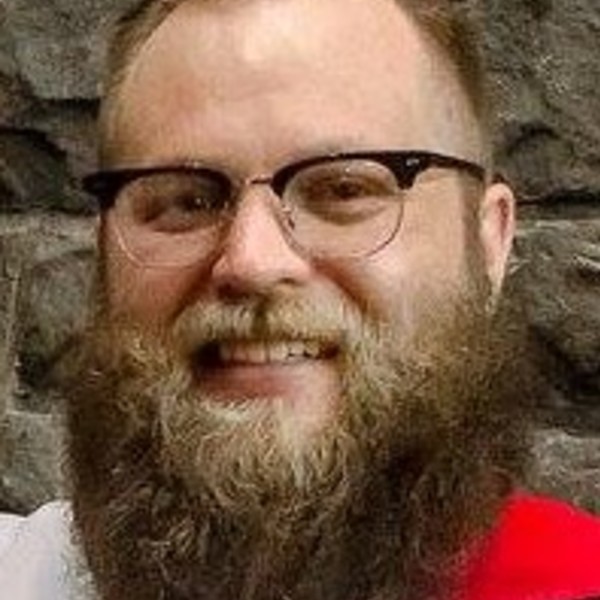