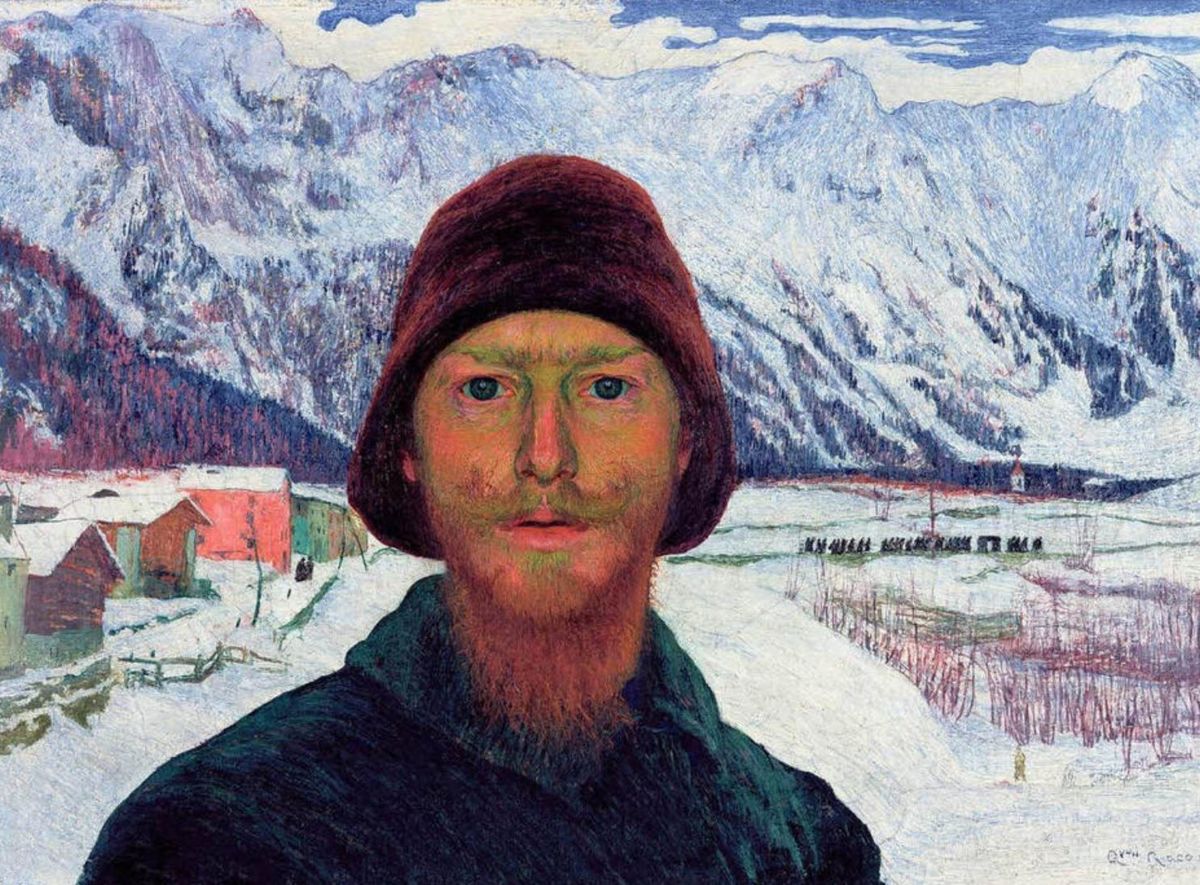 Etymology can often tell us much more than just about linguistic history. Since words are signs of reality, bestowed by rational creatures, they can also tell us something about the very nature of the object that they signify. The term heresy is one such example.

The English word “heresy”is derived from the Latin haeresis, which itself is derived from the Greek αἱρέομαι, the middle voice of the verb αἱρέω, “to take” or “to prefer.” When we hear the word heresy today, we think, of course, of fraudulent doctrine, that teaching of those “false prophets” of whom Our Lord warned us, those whom St. Paul said preach ἕτερον εὐαγγέλιον, “another gospel,” (Gal. 1:6). But αἱρέομαι means literally “to take [or] prefer oneself.” But how does this relate to the notion of false doctrine? For St. Thomas Aquinas, heresy is “a species of unbelief, belonging to those who profess the Christian faith, but corrupt its dogmas” (ST II-II, q. 11, a. 1). There are different kinds of unbelief or lack of faith, of course.

For example, I might fail to believe the testimony of my child or lack faith in the competence of contemporary urban planning. But the specific difference which distinguishes heresy from the genus of unbelief is that heresy is unbelief with regard to the content of revelation, assented to via Christian or supernatural faith. And yet, to say more about how heresy relates to a forbidden choice, we must say more about belief and faith, and the relation between faith and cogitare, “to think.”

In the most perfect sense, to think is to understand that which we are thinking about. But quite often, we use thinking in a slightly different and less perfect sense: to consider something but without yet fully and exhaustively understanding that which we are thinking about. This is what St. Thomas calls the “deliberating intellect” (intellectus deliberantis). It is “the movement of the mind while yet deliberating, and not yet perfected by the clear sight of truth” (ST II-II, q. 2, a. 1). If we consider the act of thinking according to this second, deliberative sense, then we may understand St. Thomas’s definition of belief: “to think with assent.”

Belief does not concern things known by the intellect as definitely true for that which is known with certitude requires no assent of the will. It is simply known as true, rather than as a proposition which might be true. But neither is belief an indifferent posture toward a truth which the intellect grasps as possibly true. Unlike doubt which “inclines to neither side” or suspicion which “inclines to one side yet with fear of the other” being true, belief “cleaves firmly to one side” (ST II-II, q. 2, a. 1).

However, as we have already established, in belief, the intellect lacks that understanding which is necessary for it to cleave positively or confidently to one side or the other (i.e. whether the proposition in question is true or false). As such, an act of the will is essential for the possession of belief because it is the will which unites the intellect with one side or the other. As Aquinas says,

Consider an example: let us say that I am fishing with a group of friends but we are divided into two boats fishing different sections of the same lake. If after some time apart we drift together and one friend from the other boat calls out, telling us that a member of their party caught a world-class muskie, I am in a position to believe or to doubt. Had I been on the other boat, I would know whether such a remarkable fish was caught, and there would be no need for belief or doubt. But as it is, the consideration that the claim is true and the consideration that the claim is false hang before me, and my intellect stands incapable of cleaving to one side or the other on its own.

I may have some good reason to suspect that the claim is true, especially if it is made in a serious tone and by a friend who is reliable and not prone to practical jokes. Yet, the reliability of my friend is certainly not just as good as having seen the truth of the matter first hand, no matter how reliable he may be. And yet, I may move myself to assent to the claim as true; however, such movement is interior and volitional. The will determines my intellect to think (though I do not know) that the claim is true.

Of course, mentioned above, there are differing kinds of belief, and that which distinguishes this example of natural belief from the supernatural faith of the Christian is twofold: the object of that faith and the power by which the intellect is moved to assent to that object. The former is what we might call the exterior dimension of faith while the latter is what we might call its interior dimension.

The exterior dimension of faith, its object, is God and the relation of all things to God. This “divine truth” or “first truth” is known to us only by revelation, for it exceeds the understanding of man’s unaided intellect (ST II, q. 1, a. 1.). Similarily to how I do not and cannot know the veracity of my friend’s fish tale if I am in another boat, so am I unable to know God as God knows himself, as the Father knows the Son, and the Son knows the Father, and the two know the Spirit, etc.

As such, the act of faith, the interior dimension of having faith, believing in the truth which God reveals, requires that God move us to believe:

Since man, by assenting to matters of faith, is raised above his nature, this must needs accrue to him from some supernatural principle moving him inwardly; and this is God. Therefore faith, as regards the assent which is the chief act of faith, is from God moving man inwardly by grace” (ST II, q. 6, a. 1).

As such, we can truly say that, while there is a distinction to be made between the exterior and interior dimensions of faith, both are really about one and the same simple reality of God (See ST II-II, q. 1, a. 2).

In other words, we believe propositions about God, revealed to us from God, by the authority of God, through the power of God’s grace. Given our radical contingency upon God for Christian faith and the simplicity of the object of that faith, i.e. God himself, faith is necessarily an absolute embrace of the totality of God as Revealer and Revealed.

Unlike a series of claims made by a natural authority, the object of faith is radically simple and the cause of assent is the one who knows himself simply. As such, there is no possibility for faith to remain faith and simultaneously to admit of partial or fragmentary assent. It comes forth whole from the undivided Word, Jesus Christ, and must be accepted as such if we are to accept revelation for what it really is. St. Thomas says:

Now, whoever believes, assents to someone's words; so that, in every form of unbelief, the person to whose words assent is given seems to hold the chief place and to be the end as it were; while the things by holding which one assents to that person hold a secondary place. Consequently, he that holds the Christian faith aright, assents, by his will, to Christ, in those things which truly belong to His doctrine (ST II-II, q. 11, a. 1).

And yet, it is heresy which stands as the antithesis to the integrity and finality of the Word and its self-revelation. The heretic, says the Common Doctor, “though he intends to assent to Christ, yet he fails in his choice of those things wherein he assents to Christ, because he chooses not what Christ really taught, but the suggestions of his own mind” (ST II-II, q. 11, a. 1). In this way, heresy means to choose where there is no choice; it is αἱρέομαι, to prefer and to take oneself rather than Christ. Such an act is thus a “cutting off” from him, precisely because the cause of the heretic’s heresy is a desire to take Christ’s very place (ST II-II, q. 11, a. 1, ad 3).

For the heretic, the totality of the Faith is shot through with uncertainty. The heretic may materially assent to some quantity of articles of the faith but he is in the formal sense a heretic universally. He rejects the entire Faith as faith, for he approaches all elements of Christian teaching and the very authority of Christ himself through a hermeneutic of suspicion that can only be overturned after the Faith has been picked through, piece by piece, and confirmed by the heretic himself. This is precisely what Pope Francis means when he says,

Since faith is one, it must be professed in all its purity and integrity. Precisely because all the articles of faith are interconnected, to deny one of them, even of those that seem least important, is tantamount to distorting the whole (Lumen fidei, §48).

The lifeless corpse of faith which remains within him is a faith merely in and of himself. Or as St. Thomas says, “Wherefore, as to the case in point also, the proximate end of heresy is adherence to one’s own false opinion, and from this it derives its species, while its remote end reveals its cause, viz. that it arises from pride or covetousness” (ST II-II, q. 11, a. 1, ad 2, emphasis added).

The heretic wields choice in a place where choice is forbidden, impossible, and he thus destroys himself in the wielding. He chooses himself to “hold the chief place” and to take the position of the end that is occupied only by Christ himself. The heretic demotes Our Lord to subservience and elevates himself to the very throne of Christ, conferring the crown of divinity upon his own head.

This sin is of the gravest kind, for unlike sins of the flesh which exhibit and effect aversion to God, “man is more than ever separated from God by unbelief, because he has not even true knowledge of God” (ST II-II, q. 10, a. 3). Rather, the heretic believes only in himself, a pitiful and deranged fool, masquerading as the Logos in his own delusions. True knowledge is replaced with self-deception of the most depraved kind. And as St. Thomas says,

By false knowledge of God, man does not approach Him, but is severed from Him. Nor is it possible for one who has a false opinion of God, to know Him in any way at all, because the object of his opinion is not God.”

The willful disbelief of the heretic is rooted in the object of his opinion being the heretic himself. It is to wish to be without Being. It is to will one’s own spiritual (thus total) destruction. The Church condemns heresy and the heretic not out of hatred, nor antiquated and heavy-handed conceptions of charity, nor thirst for power. If it is true that heresy is the inverse of the Christian life then it is equally true that the rejection of heresy, the lie which the heretic tells himself, is the truth and embrace of the Christian life: “It is no longer I who live but Christ who lives in me.” 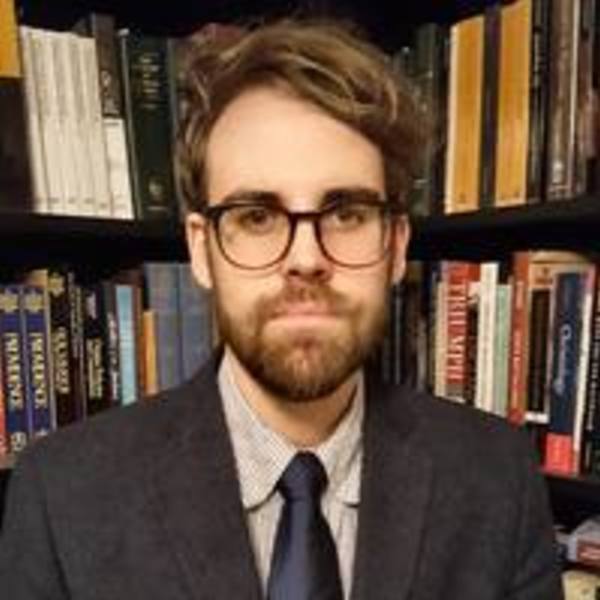 Gratitude as a Virtue

Jessica Hooten Wilson on being thankful even for fleas. 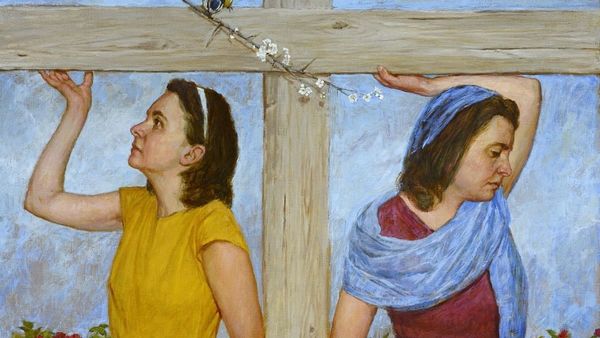