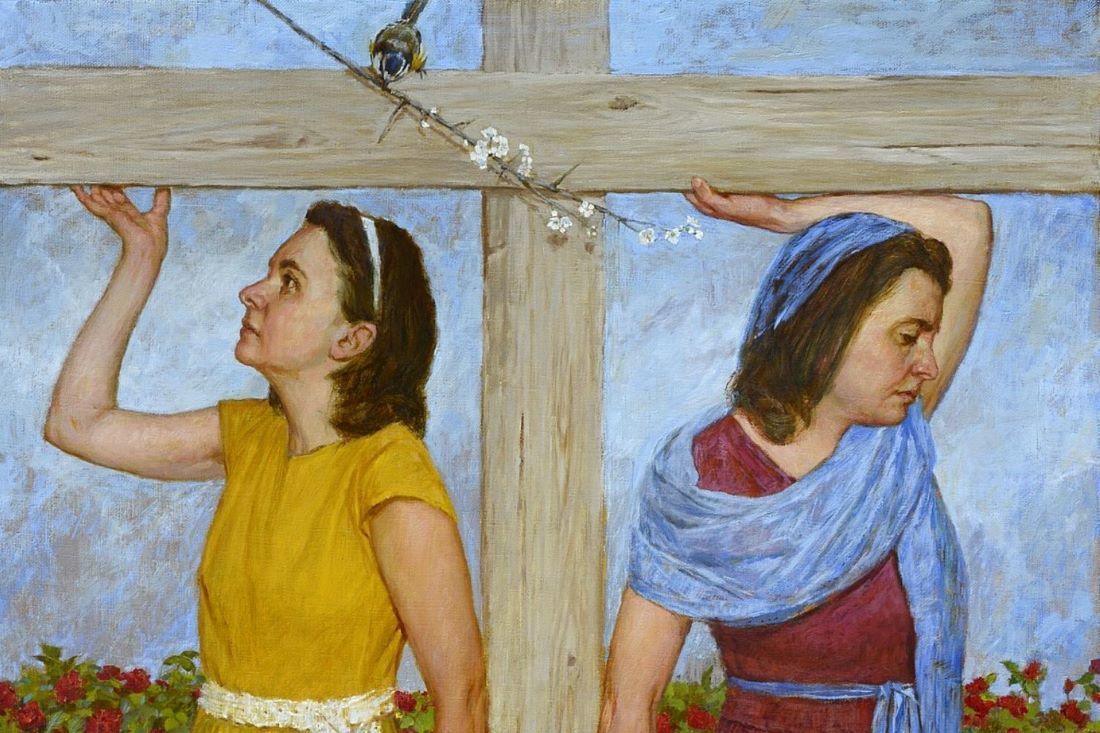 Thank you for the fleas.
—Betsie ten Boom

The year 2020 seems to offer us more opportunities to complain and lament than to be grateful. When we conceive of “gratitude” as a virtue rather than an emotion, we see that it does not depend as much on the circumstances as it does on our imagination, our practices, and our habits. How can we cultivate a gracious imagination in which we practice receiving and extending grace, especially when we do not want what we have been given? For ultimately that is the real test of gratitude, is it not? Our courage is tested when we are threatened; our magnanimity is questioned when we are exalted; and our gratitude is proven when we face what appear to be trials.

If you have ever read Corrie ten Boom’s The Hiding Place, you may recall the scene when she and her sister thanked God for the fleas. The two sisters were arrested for hiding Jews and confined to Ravensbrück concentration camp. Shortly after arriving, Corrie is pestered by fleas and cries out to her sister, “Betsie, how can we live in such a place?” Ever the saint, Betsie prays the question to God, “Show us how.” Corrie recalls, “It was said so matter-of-factly it took me a moment to realize she was praying. More and more the distinction between prayer and the rest of life seemed to be vanishing for Betsie.” Then Betsie excitedly rushes Corrie to re-read their Scripture passage from the morning.

Covertly, Corrie draws out her contraband Bible and reads from First Thessalonians 5:18: “Give thanks in all circumstances.” Interrupting her, Betsie demands that they start a litany of thanks. Although skeptical, Corrie follows her lead. Thank you, Jesus, that they were bunked together and that their Bible that was not discovered during inspection. But, when Betsie prays “Thank you for the fleas,” Corrie stops her. “This was too much. ‘Betsie, there’s no way even God can make me grateful for a flea.’” Betsie emphatically insists, reminding her sister: “Give thanks in all circumstances . . . It doesn’t say, ‘in pleasant circumstances.’ Fleas are part of this place where God has put us.” After weeks residing at the camp, the sisters go unchecked in leading covert Bible studies. They are astonished that the guards never seem to catch them. In fact, they never enter their bunkhouse. Providentially, Betsie overhears a conversation between guards about the reason they stay away—it was because of the fleas.

This story is a beautiful example of practicing gratitude for what causes suffering or what is experienced as a trial. The sisters do not pray for God to remove the fleas, despite how bad the fleas are. They do not pray that their hardship be mitigated, despite how atrocious the situation. They offer thanksgiving for the difficulties because they trust in God’s sovereignty. In his Gifford Lectures (1961-1962) the theologian John Baillie writes,

The perfection of Christian saintliness is that we should be enabled to thank God even for the worst troubles that come to us, including death, realizing that their ultimate purpose is to bring us closer to himself.

While the sufferings are not good, God is using them to lead us and others to him.

Readers are surprised when Aleksandr Solzhenitsyn exclaims, “Bless you, prison,” after his time in the Soviet camps. Solzhenitsyn is not recasting the prisons themselves as “good” or “blessed.” In fact, he spent his life counteracting the regime that built them and ensuring they were torn down but not forgotten. However, Solzhenitsyn is acknowledging that his time in the prison “nourished” his soul. Before prison, Solzhenitsyn confesses, “In the surfeit of power, I was a murderer and an oppressor.” Because of his time in prison, “it was disclosed to me that the line separating good and evil passes not through states, nor between classes, nor between political parties either—but right through every human heart—and through all human hearts.” Solzhenitsyn realized he could have easily as been a cruel prison guard as a zek (prisoner). He became grateful for the way that God instrumentally used the prison to reveal to him the truth about human hearts and convert his own.

If we are to practice gratitude as a virtue more often than we succumb to the habit of complaining, then we should cultivate a gracious imagination, one that absorbs literature that reveals to us the truth about grace. For gratia, from which we draw our word “gratitude,” means both thanksgiving and grace. True gratitude extends grace and receives everything as grace. As George Bernanos’s country priest exclaims at the end of his diary, “All is grace.”

Flannery O’Connor was a writer who practiced a gracious imagination, first in her motivation to write, and second in addressing our misconceptions regarding gratitude through her fiction. During her time studying writing at the Iowa Writers Workshop, O’Connor recorded her prayers in a journal. She prays, “Dear God, please help me to be an artist, please let it lead to you,” and “If I ever do get to be a fine writer, it will not be because I am a fine writer but because God has given me credit for a few of the things He kindly wrote for me.” O’Connor’s prayers indicate a reception of grace and a desire to extend it outwards. She recognizes God as the giver of her gifts and thus desires to become like him by giving from what she has received.

Instead of taking credit for the rewards gained by her gifts as a writer, O’Connor acknowledges God is the one who deserves the praise. She calls herself “God’s typewriter” (PJ 11) and prays diligently to overcome any pride that might come from the success of her talents. She seeks privately to purify her motivations, methods, and goals. From the beginning of her career, she evidences a desire to talk to God, hear from him, and speak on behalf of him in her art.

In O’Connor’s fiction, she reveals that gratitude never glories in another’s suffering and is antithetical to pride. Her 1954 short story “A Circle in the Fire” (which received an O. Henry Award) shows the downfall of Mrs. Cope, a woman who professes to be able to “cope” with any trouble and continue to find a reason to be grateful. At the start of the story, as she weeds nutgrass from her lawn, Mrs. Cope exclaims, “Every day I say a prayer of thanksgiving . . . Think of all we have. Lord . . . we have everything.”

Multiple times through the story she repeats “We have a lot to be thankful for,” and she chides others for their lack of gratitude. When her housekeeper Mrs. Pritchard complains of four abscess teeth, Mrs. Cope snaps at her, “Well, be thankful you don’t have five.” Because of how often Mrs. Cope impresses her gratitude upon others, readers should fear she doth protest too much.

The first hints that Mrs. Cope misunderstands gratitude comes from her use of pronouns. Via indirect discourse, the narrator refers to Mrs. Cope’s field hands as “Her Negroes,” which she compares to the weeds that she is pulling. She calls the woods “her woods.” Later when three itinerant teenagers come to visit the farm, they mock her, “Gawd owns them woods and her too,” and “I reckon she owns the sky over the place too.” “We ain’t bothering nothing of yours,” they insist. More insightful than she is, the boys know that everything belongs to God. Yet, for all of Mrs. Cope’s professed gratitude, she emphasizes her ownership of her place (and even of people, who are not property).

Mrs. Cope contrasts her material blessings against other’s misfortunes. She sighs, “Why think of all those poor Europeans . . . that they put in boxcars like cattle and rode them to Siberia.” By expressing thankfulness that she does not suffer as others do, Mrs. Cope is missing the heart aspect of gratitude. If she acknowledged that what all she has been given is by grace, then she would recognize she does not deserve it. Such knowledge should lead her to freely give (Matt 10:18: freely ye have received, freely give) and to mourn with those who do not have. However, she is put off by the boys’ ingratitude towards her, frustrated that they overstay their welcome, and does not know how to thank God for what she perceives is trouble.

The strongest indicator of her ingratitude is her pride. Instead of imagining herself as the recipient of undeserved grace, Mrs. Cope imagines that she is the merited grantee of blessings. As she explains to Mrs. Pritchard, “I have the best place in the country and do you know why? Because I work.” Here she echoes a host of other farming mothers in O’Connor’s stories who sacrifice to the idol of hard work.

At the end of the story, the boys set fire to her woods. Watching her greatest fear—the destruction of her material property, her sense of status and identity, burn before her eyes—Mrs. Cope’s face wears a “new misery.” In the eyes of her daughter, this misery makes her face look “as if it might have belonged to anybody, a Negro, or a European, or to Powell himself [one of the poor boys].” The “misery” or suffering is what connects her to those she looked down upon. Only by losing her idol can Mrs. Cope hope to regain her humanity—the misery in this moment is what she should be most thankful for.

To overcome this idolatry of hard work, we should practice Sabbath, which makes space for contemplation and acknowledges the gifts of God. Each Sunday, poet Wendell Berry writes a poem in observation of Sabbath. Rather than worship at the feet of the lesser god of hard work, Berry reminds readers of the necessity of observing Sabbath to cultivate the virtue of gratitude. He writes about farmers who must sweat in the field and harvest their crops. “And yet,” Berry observes, “no leaf or grain is filled / By work of ours; the field is tilled / And left to grace. That we may reap, / Great work is done while we’re asleep.”

We can plant and sow, but we do not create rain or sun. We do not control the weather or the process of biological growth in plants. We accept grace that the Lord will do those great works. Practicing Sabbath ensures we do not uplift our efforts higher than they deserve.

When we emphasize our hard work as the determiner of our success in life, we set up an idol that will let us down. A plague may come and wipe out our job opportunities. Or, the economy may crash, leaving us confused as to how to negotiate a system that seems out of our control. Or, and it is 2020, both. During these times, we should turn to the wisdom found in those prophets before us who survived difficulties as well as those poets of the present who see both backwards and forwards. We must cultivate a gracious imagination that sees all as grace received and then practice incarnating those gifts in extensions of grace.

Angela Alaimo O'Donnell on Hemingway's and O'Connor's paths through Catholicism. 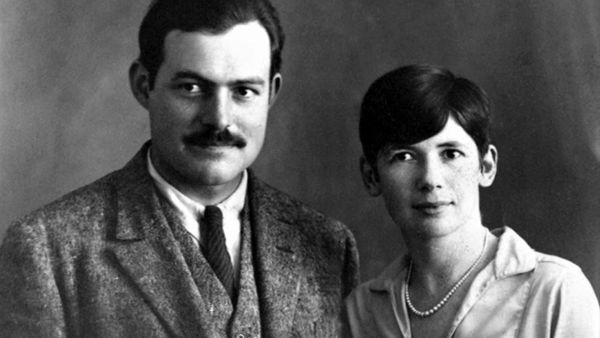