Our faith in Christ bids us to become “perfect” as our Heavenly Father is perfect (Mt 5:48). Such an invitation to perfection is often perceived as an “impossible” (Mt 19:26) goal, since the moral life is perceived as a burden, an unbearable weight.

This burden is felt even more acutely if we notice ourselves being “told” what to do or how to behave by an authority. In Western civilization, when one is confronted with a law and a lawgiver, the natural response is to first analyze circumstances in order to ascertain if there is a possible exemption from the regulation. This notion—that moral living is an avoidable burden—even manifests itself in expressions of sympathy and promises of intercessory prayer to those who announce that they are going to university to study ethics or moral theology!

No doubt, to be purified of our beloved sins is a painful process, so painful that we may be tempted to remain in the artificial consolation of sin itself rather than venture toward “perfection.” Our fear that living according to this divine perfection may require too much of us often leads the Christian to make our own moral weaknesses (e.g., co-habitation, hatred of the immigrant, divorce and remarriage, an inordinate delight in material goods, family dysfunction, contraception, etc.) the new norm.

From the depths of Catholic moral doctrine, however, there is a more liberating view of the moral life. It is one that carries the prospect of personal freedom, not the endless bearing of burdens. Such a view rests upon a vital prerequisite, that we first suffer the coming of Christ into our consciences. To suffer this coming entails emotional pain, for Christ will call us away from the sinful habits that we have grown to love. However, once this threshold of the call is crossed and we rest our reason, will, and affect upon the Christ, upon his heart (Jn 13:25), then the moral life is panted after (cf. Ps 42:2), and sin, not virtue, becomes repulsive. Or, to paraphrase St. Francis of Assisi: that which was once bitter is now sweet. What then does Christ bring to our moral life? As the Catechism of the Catholic Church makes clear:

He who believes in Christ becomes a son of God. This . . . transforms him by giving him the ability to follow the example of Christ. It makes him capable of acting rightly and doing good. In union with the Savior, the disciple attains the perfection of charity, which is holiness. (§1709)


Even though human reason can grasp moral truth (natural law), it is knowledge born of love that carries one’s will and desire into holiness. Truly, the Catholic moral life is one of mystery before morality (Henri de Lubac). It is a life based upon hospitality toward God’s life, his Paschal Mystery. For a believer who wants to seek the good, what appears is not a set of rules but a set of eyes. Does one dare look into them? Like a little child averting his eyes from his mother who has caught him in a lie, one looks to politics, entertainment, economics, and media for “truth,” but not to the only place where it resides and from which it springs: the face of Christ. Like Adam and Eve hiding from God among the trees (Gen 3:8), we are accustomed to hiding from God in ideology, expediency, and rationalization. Instead, the Church invites us to look into the face of Christ. This face that bears the light of communion with the Father, the Source, and expresses the love between the Father and the Son, the Spirit. In looking upon Christ, we know what is really good for us, since Christ is “the very revelation of the mystery of the Father and of his love, [making] man fully manifest to himself and [bringing] light to his exalted vocation” (CCC §1701).

To look upon Christ is not a burden too heavy to bear. Yes, to allow him to affect one’s conscience may be a source of real pain, but never a matter of meaningless suffering. This is the pain of nostalgia for our beloved sins, for we miss our favorite hiding places, in the same way the Hebrews pined for slavery after beginning their journey to freedom (cf. Ex 16:3). We pine for our past artificial consolations until Christ’s beauty takes up residence more deeply in our hearts. To be affected by Christ is to begin to see truth, a truth that will guide the conscience to choices that free us to love, to serve, and to witness. When we form our consciences according to the Person of Christ, who is the Truth that encounters us anew in the Church’s proclamation of divine revelation (Scripture and Tradition) and teaching authority (magisterium), we affirm that our conscience will judge actions not out of fear but out of confidence. As Jesus says, “For all that I have heard from my Father I have made known to you” (Jn 15:15).

The Catholic moral life begins and ends with one question: Do we have the courage to let Christ be the light of our conscience, to no longer hide in the darkness of sin? The pastoral, sacramental, and spiritual power of the Church—that is, Christ’s own power made manifest through the mystery of the Bride and the Bridegroom—provides all the assistance needed to embark upon the pilgrimage of moral conversion. If we entrust ourselves to the power of the Paschal Mystery, the moral life will not be a burden but will become one’s whole life, one led entirely in Christ. 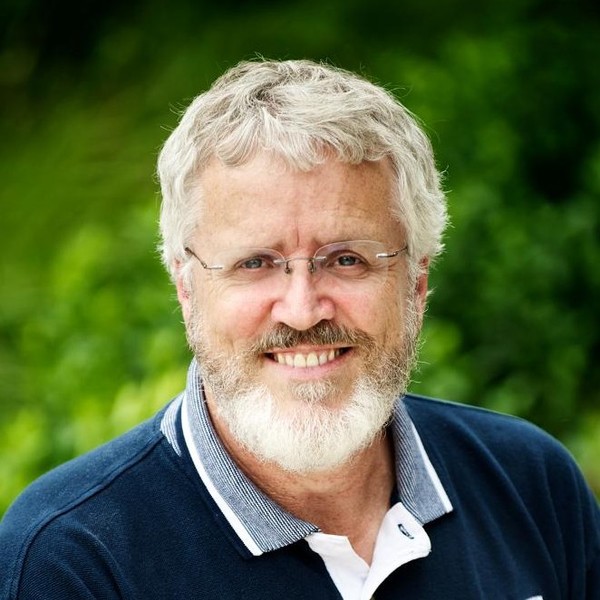 Deacon James Keating is director of theological formation for the Institute for Priestly Formation at Creighton University in Omaha, Nebraska.