Being born into an extended family with more than 50 first cousins meant never having a shortage of playtime friends and sports buddies. It was easy to come to a family gathering and find my place, as my brother and I were on the younger end of the 55 first cousins. We were born into community and later mentored by numerous cousins who were good role models.

All of this was on my mom’s side of the family, where she was one of thirteen brothers and sisters, most of whom immigrated from the Philippines. Attending Catholic Mass and daily devotion were high on my grandmother’s and grandfather’s list of priorities. From the time they raised their children until they passed some twenty years ago, faith formation was important. Anything Church-related came first. This idea became central to how they raised their children and helped in raising grandchildren.

A relationship of thanks and even more of an opportunity to share gifts and talents were at the root of how I came to know Church leadership from my mother and her side of the family. The time we give and the talent we share are an extension of the gifts we have been given, much like we see in 1 Corinthians 12:


At times when I’m back in my family’s parish in the San Francisco Bay area, I’m amazed at my mother’s ability to cultivate relationships with strangers and watch them slowly become friends. It always begins with a smile and a ‘hello,’ and before you know it, she has somehow invited them into service, whether it’s watering flowers after daily Mass or volunteering as a catechist in baptismal preparation.

More so than watching the relationships grow is watching the community grow while people are being invited into leadership roles both large and small. Some of the people my mother has worked with began as volunteers taking only limited roles and are now leading committees and groups themselves. It is great hearing her talk about people who have shifted ministries as they have grown and changed: the catechist she mentored who is now a deacon, a number of others who are leading committees, and countless young adults with whom she worked as lectors and Eucharistic ministers who choose to come back and help with Confirmation preparation.

The gift of mentoring


She sees no gift as too small or block of time as insignificant. Everything serves its purpose. One of the biggest gifts I have come to learn is the gift of mentoring. In small and unknowing ways, my mother began mentoring me into Church leadership as a schoolgirl. We were always present during Holy Saturday to set up the church with flowers and fabric. Sometimes we would stay after Sunday Mass to fix a few things and I would stand by, listening to her give instruction or advice to people in the parish who were volunteering beside her.

I also learned that mentors are kind listeners. It means asking about family and sometimes sharing a good laugh. It also means challenging and encouraging others with your own gifts and talents. You can only lead as God created you to lead, and not as people want you to lead.

Now that I am in a role of mentoring and forming catechists and catechetical leaders in Chicago, there is much listening and sharing that I do on a weekly basis. The reach has now moved beyond a large suburban parish in California to a diocese of more than two million. Those lessons of kindness and compassion I hope are transmitted through phone calls, e-mails, and parish visits.

As I reflect on my own ministries at the parish I am attending and the role I have in the Archdiocese of Chicago, I know that the lessons of relationships and community building have stayed with me. In coming days and weeks as I begin to transition into new roles, I hope the core idea of mentoring is something I can readily pass on, much like my mom has done for me.

It seems harder than it is, but in reality I have learned much about remaining present and prayerful in a world that is constantly evolving. 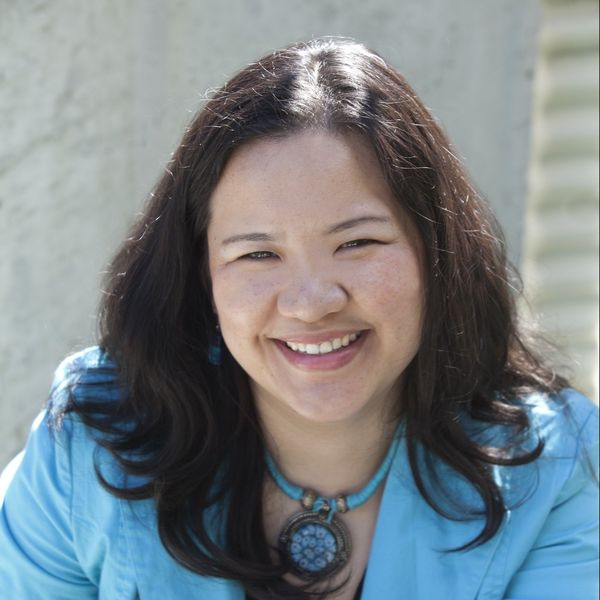 Clarissa Aljentera is a wife and author. She recently began working as the senior coordinator of family ministries in the Archdiocese of Chicago.