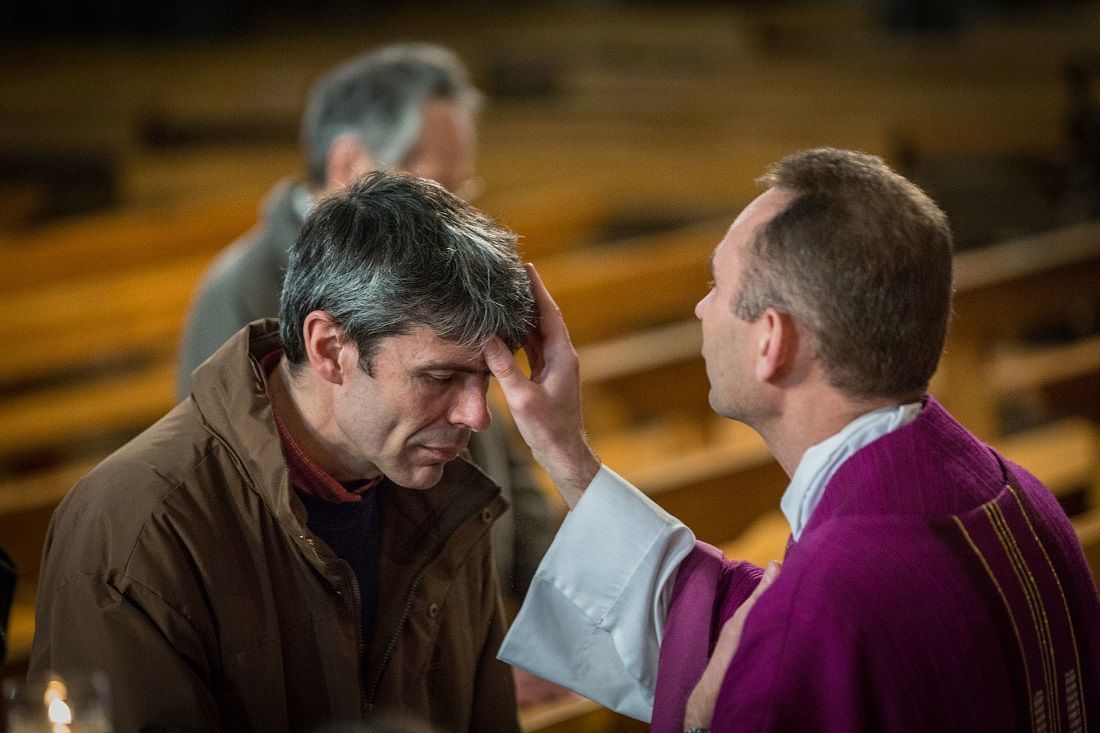 T he beginning of a new liturgical season calls for a new Spotify playlist: 40 Songs for the 40 Days of Lent. Curating this list has presented a unique challenge: there is a lot of really beautiful music out there that would lead one deeper into Lent, but much of it is very somber. Taken in context, this is not a bad thing; it is certainly appropriate for music to reflect the penitential austerity of the season, but it seems unlikely that anyone would want to listen to an entire playlist of funereal minor music. Lent, after all, is not a season without its joys, and these are not simply restricted to Laetare Sunday.

Even in the midst of our penitential practices, each Sunday we still witness with growing anticipation the dismissal of the catechumens and candidates for full communion, knowing that it will not be long before they will gather alongside us around the Eucharistic table. Even as we acknowledge our sinfulness, we rejoice as we hear the Gospels: we marvel in awe at Jesus’s power over sin and temptation, over sickness, even over death itself, and rend our hearts in humble gratitude at the gift of so great a Redeemer. Many parishes offer additional opportunities for the Sacrament of Reconciliation, meaning that more people likely receive the grace of God’s forgiveness during this time of year than any other, which is as much cause for rejoicing on earth as it is in heaven (see Luke 15:7).

The joy of Lent is a solemn one. We joyfully shoulder our crosses through our practices of prayer, fasting, and almsgiving, because we know where we’re headed at the end of these forty days: we are preparing to celebrate the Great Three Days, in which Christ triumphs over sin by laying down his life on the Cross, trampling down death by death. Thus, the music on this playlist reflects the paradox of the season: rejoicing in Christ our Savior even as we acknowledge the ways in which we have failed as his disciples, and hoping against hope that the practices of prayer, fasting, and almsgiving undertaken this season will help us leave behind everything that keeps us from our Lord and our God.

The playlist is set up in a particular way: the first 20 songs are contemporary, some even secular, with lyrical themes of forgiveness, conversion, and a sense of journeying toward something greater. The second 20 songs are more explicitly sacred or liturgical, comprising a more classical compositional style. If you prefer to keep musical distinctions tidy, listen to the list straight through. Or, if you want to dive in to the paradox of the season, hit “shuffle play” and throw everything into the mix together. Either way, I genuinely hope that you find some perennial classics as well as some undiscovered gems on this list, and I hope that you are drawn through this music into a deeper contemplation of the God who has redeemed us in Christ.


You can access the complete 40 song playlist below or at this link or by searching for the phrase "Lent: 40 Songs for 40 Days" in Spotify.