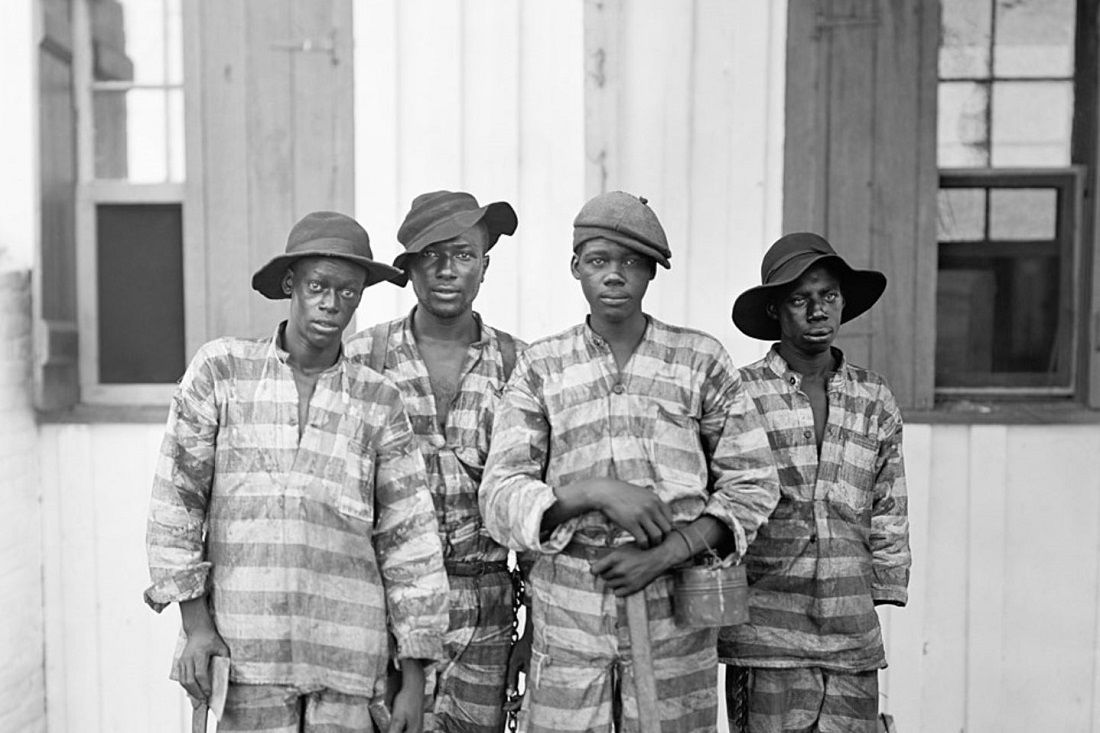 The Catholic case for prison abolition seems closed. After all, Catholic magisterial teaching clearly and explicitly classifies incarceration as a necessary, even if unfortunate, component of the common good. However, once we appreciate the deep similarities between prison and slavery, a relation the Church once circumstantially endorsed but now categorically condemns, it seems much more likely that Catholic teaching on the prison is in flux. In fact, this comparison suggests not only that Church teaching is changing, but that it should change.

Comparing the prison to slavery may seem outlandish or recklessly provocative. Yet we underestimate the similarities between prison and slavery largely because we so often misconstrue the latter. For example, when slavery appears to be a particularly brutal and unjust form of economic exploitation, prison seems to resemble slavery only when prisoners labor for paltry wages. In truth, however, the prison resembles slavery regardless of whether or not those caged inside receive a fair day’s wages for their work.

Slavery instead ought to be understood as the sociologist Orlando Patterson described it: “the permanent, violent domination of natally alienated and generally dishonored persons.”[1] Importantly, this state of what Patterson terms “social death” “was always originated (or was conceived of as having originated) as a substitute for death, usually violent death” either on the battlefield or the gallows.[2] Because enslaved people purportedly owe their master their life, they have before him only duties and no rights; he in turn exercises only rights and owes few if any duties.

This admittedly too brief overview of Patterson’s work enables us to recognize that slavery and the prison share the following characteristics in common:

The prison and slavery also share a history. In the United States, the concept of criminal punishment itself has descended from European ideologies of slavery like a child from a parent.[4] In medieval Europe, capital criminals were sentenced to a term of enslavement. In time, criminals would no longer be punished with enslavement; they would instead be punished as though they were slaves, enduring punishments such as “the whipping post, the stocks, the pillory, the stake, the wheel, the gallows . . . the branding iron, and [other] instruments of torture and mutilation.”[5]

In the United States, Africanized slavery would only intensify this connection. Because of the deep connection between slave status and criminality, in the antebellum era, all white people could exercise a type of police power over all black people, regardless of status. Even whites who did not own slaves could scour the countryside as a member of the area’s slave patrol; they could turn black people over to the courts; they could serve as judge over black people without ever fearing being judged by them in return. The now racialized symbolic and material resemblance between slavery and criminal punishment proved so strong that Southern whites were reluctant to criminalize white wrongdoers, despite the region’s high rates of violent, white-on-white crime.

After emancipation, a critical mass of white Americans deployed the construct of criminality in order to preserve the imperiled association between blackness and slave status. To this end, they maintained racial order through the practice of convict leasing, in which the region’s disproportionately black prisoners were bought, sold, and put to work. In time, convict leasing was replaced by the Southern penitentiary, which was modeled on the slave plantation in both design and purpose.

Finally, and perhaps most surprisingly, slavery and criminality also occupy similar positions within the logic of Catholic moral theology. Both ancient and medieval Catholic ideologies of enslavement resemble—almost to the point of identity—contemporary ideologies of criminal punishment, both ecclesial and secular. Echoing authoritative predecessors such as Augustine, Aquinas conceived of slavery as “a punishment for sin.” Modern day prison apologists express a secular version of this mindset when they claim that crime causes incarceration. And just as Aquinas argued that slavery benefited enslaved people by enabling them “to be ruled by one wiser” than they, so too do many modern-day prison preservationists insist on incarceration’s rehabilitating potential.[6] As slavery purportedly did in earlier eras, today, incarceration claims to govern those who cannot or will not govern themselves. Prison preservationists echo slavery’s defenders in a final way: just as the latter perceived slavery to be a lynchpin of social order, today, many believe that, without the prison, all hell would break loose. In this way, for example, American Catholic clerics condemned abolitionists as anarchists who were “full of danger to our institutions.”[7]

Yet despite these similarities, Catholic teaching places slavery and the prison in two distinct moral categories: the former is always evil and never justified while the latter is sometimes not just permissible, but just. But this was not always the case. Categorical condemnations of slavery are relatively new. For the clear majority of its existence, the Catholic Church along with its Magisterium alternately tolerated, promoted, or participated in slavery. Ultimately, until the Second Vatican Council, the Church opposed not slavery itself, but what it perceived as unjust instances of enslavement. Indeed, “slavery continued to exist in the Papal States into the early 19th century,” and Pope Pius VII (1800-1807) personally owned four slaves.[8]

Why did Church teaching on slavery change so dramatically? Well, first and perhaps most importantly, the world changed. Due to the actions of enslaved people and abolitionists both black and white, moral common sense turned against slavery long before the Magisterium did. Despite its moral sluggishness, the Church did eventually change its mind. In the run-up to the Second Vatican Council, the Church began to exchange an ethical framework based upon the notion that “error has no rights” to one in which human persons always do. Thus, when council Fathers declared that there is nothing anyone can to deserve to be enslaved, they did so because they judged slavery unconditionally incompatible with human dignity. The Church had also changed its mind on two essential components of slavery: what magisterial authors termed “tortures inflicted on the body or the mind” and “efforts to coerce rational minds itself.” These moral shifts contributed to and reinforced one another; once the Church changed its mind about torture, it had to change its mind about slavery and vice versa.

Contemporary iterations of Catholic social teaching insist on the inviolability of the incarcerated person’s dignity as well. In 2007 Pope Benedict XVI articulated this mentality explicitly: “public authorities must . . . eschew any means of punishment or correction that either undermine or debase the humanity dignity of prisoners.”[9] Thus, in assessing Catholic Social Teaching’s divided stance on prison and slavery, only one question matters: is the prison dignified? The resemblance between prison and slavery—a relation the Church has declared evil even for the best of reasons—makes it difficult to answer in the affirmative.

How do we make sense of Catholic Social Teaching’s internally inconsistent stance on prison and slavery? I argue that Catholic Social Teaching currently perceives the prison as morally acceptable only because it has not yet realized the full ramifications of its changing understanding of human dignity. This revolution arguably began only in the latter half of the 19th century; it remains underway today. Since then, the Church has changed its mind on not just slavery, but also torture and the death penalty. And, although these informal remarks have not yet risen to the level of official Church teaching, Pope Francis has compared lifetime prison sentences to both torture and the death penalty.[10] These changes are far from coincidental. Even though today we may place slavery, torture, and the death penalty in different moral categories, these practices share historical roots much as slavery and the prison do. All were used as instruments of punishment; they also frequently occurred in conjunction with each other: convicts were jailed before execution while both slaves and prisoners were routinely tortured. Each were believed to preserve a deeply hierarchical social and cosmological order. Because God punishes, so must human rulers; because God sends sinners to eternal death, civil authorities can sentence criminals to temporal death. Because God is Our Master, we can be masters of others. No wonder then that magisterial support for these interrelated practices has fallen like dominoes: first slavery, then torture, then capital punishment, and perhaps life imprisonment someday soon.

Editorial Statement: This is the second installment of a three-part series by Villanova University faculty on the topic of slavery and incarceration.

[9] “Address Of His Holiness Benedict XVI To The Participants In The Twelfth World Congress Of The International Commission Of Catholic Prison Pastoral Care,” September 6, 2007. Accessed April 13, 2018. 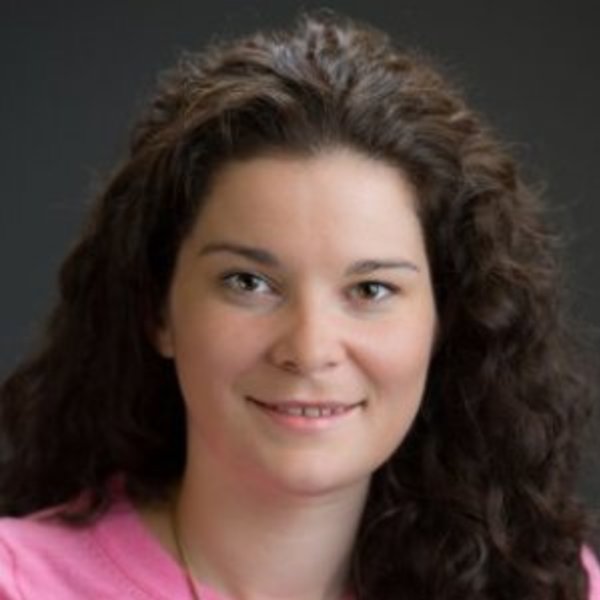 Katie Walker Grimes is Assistant Professor of Theology and Religious Studies at Villanova University. Her most recent book is Christ Divided: Antiblackness as Corporate Vice.