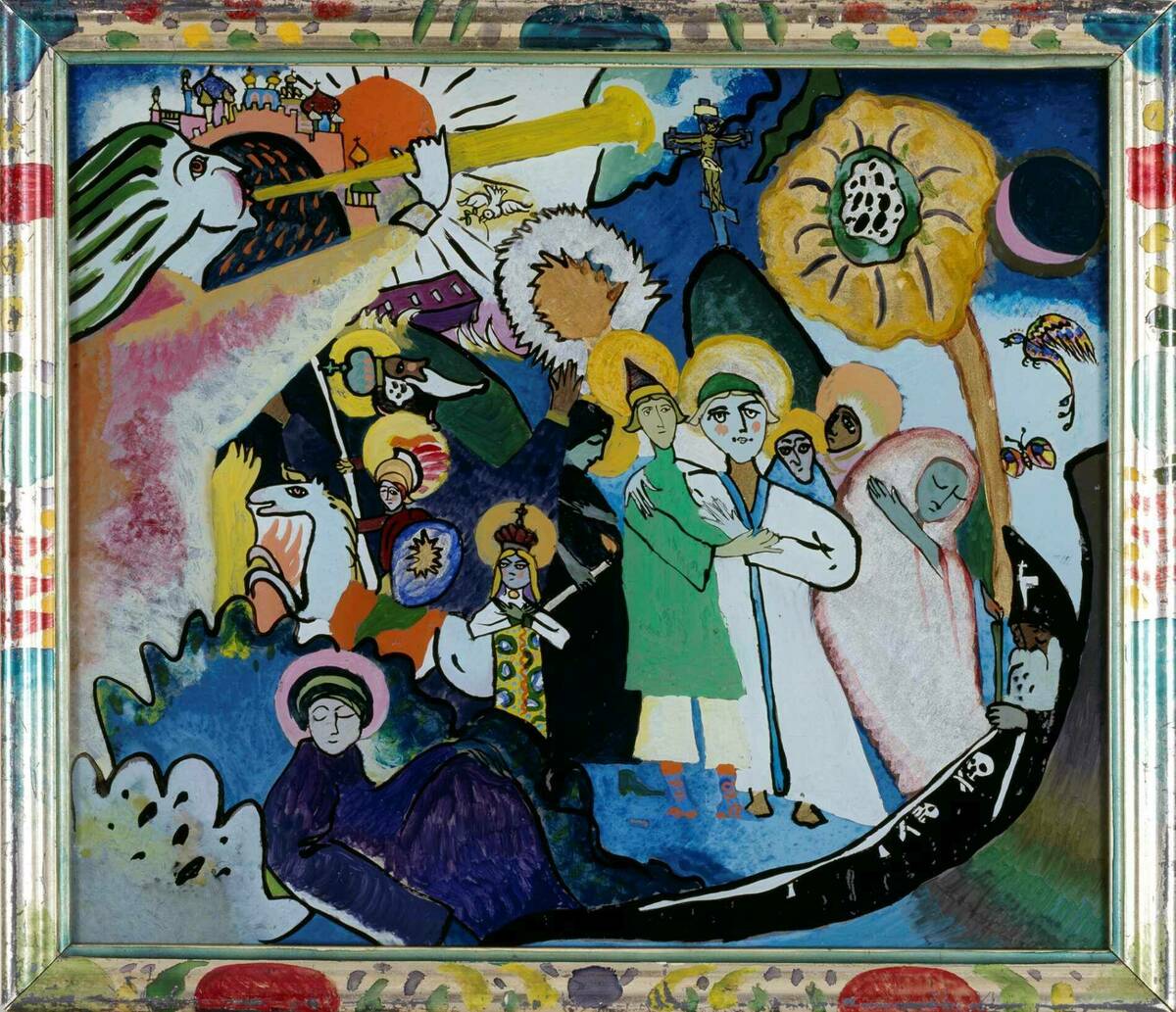 French philosopher and poet Jean Wahl lived from 1888-1974. He was Professor of Philosophy at the Sorbonne from 1936-1947, albeit with a six-year interruption (1940-1945) during the Second World War. Over that period, he suffered intense persecution—the loss of his job, arrest, confinement in a Parisian prison and Drancy Internment Camp—because of his Jewish ancestry. He was, as far as his Nazi oppressors were concerned, destined for eradication from the earth.

Perhaps miraculously, this was not his lot. The reasons for his suffering are well-known. What is not well-known—even in France—is Wahl’s story, his life in the prison and camp, his escape, and his flight, first to the free zone in the south of France, then to Morocco, and finally to America, which I have begun to retell (in the form of historical fiction) by my novella, Outside the Gates. For the sake of telling this story (with its two planned further installments), I spent many hours at the Institut mémoires de l’édition contemporaine in Normandy where Wahl’s archives are presently held.

A few of Wahl’s writings exist in English, not least his Human Existence and Transcendence, which I translated in 2016 for University of Notre Dame Press. This book was originally published in 1944, during Wahl’s exile in America. If you were to open the first pages of that book, you would see the following words stand as a kind of grave and mordant declaration regarding the European situation of those days:

Circumstances prevented the author from reviewing the proofs of the present work. The publisher thereby apologizes for mistakes that may not have been corrected and initiatives that had to be undertaken without the agreement of the author.

Les circonstances: the circumstances. What follows are a few extracts from that remarkable little book, submitted on the eve of his trials, without polish, to the publisher.

The book is important for several reasons, perhaps especially because it contains, nearly unchanged, the transcript of Wahl’s 1937 presentation to the Société française de philosophie, which makes up its third chapter. His friend, the great Emmanuel Levinas simply called it “Wahl’s famous lecture.” The debate that ensued and letters submitted in response from that time’s intellectual luminaries are all contained between its covers.

Human Existence and Transcendence is a work from out of the heart of the era of "existentialism." The central issue of that time, as Wahl understood it, was uniquely reached, as the title suggests, by exposing the nexus of our human kind of existence (historical, mortal, and so incomplete, even nascent) with the excess that never ceases to disturb it (“transcendence”). Insofar as this linkage truly defines us, it is also today’s central question, as of any era.

Existence does not let itself be defined, since there is the existence of the “I,” of the “you,” of “him or her,” of “that.” This very conjugation of the verb to exist, its repercussions in thought, proves that no means exists by which we can characterize existence in a single manner. The diverse existences that we have enumerated are in no way identical. Even if we restrain ourselves to the [bare] existence of the “I,” we still repeat the conjugation: “I have existed” and “I will exist” are not identical to “I exist.” It could even be said that existence arises rather from “I will exist” or “I existed,” than from “I exist” in the sense that everything I understand about myself is from either the past or future, and above all from the future if we are to believe Kierkegaard and Heidegger: according to them, it is starting from the future that I ceaselessly construct myself. Existence will then tend to be defined by regret or hope. This forces me to consider that I am able to speak about existence only from outside of it, from behind it or before it, without ever managing to remain interior to it. I am forced to remain at a certain distance from my existence. This is the human condition. It has been said that human existence is essentially a questioning of existence. In reality, the questioned falls silent or disguises itself when it questions itself. I therefore do not think that human existence can consist in questioning itself. On the contrary, the questioning runs the risk of making its existence vanish. Existence flees before itself.

We thus return to an idea analogous to that of Jaspers the idea of the failure of every interrogation of existence, and even the idea of failure in general.

However, I do not think that existence is uniquely in the past or future. It is in act—or in acts—that the existing being is destroyed and built up, for existence, of itself, is ceaseless destruction and construction. And it is in the acts by which this existent not only witnesses itself in the past or future, but is constituted in the very present as being the one who has this or that future or this or that past. This is what the Kierkegaardian idea of repetition signifies. The I, the individual as me, is the one who puts his or her seal on something from the past and says, “I am doing something that genuinely constitutes me.” The same idea recurs as an element in the Nietzschean conception of the eternal return, the idea that at every instant the existing being intervenes in his or her existence through his or her “yes” or “no”—that one can or wants to assert oneself.

The problem of existence is not resolved theoretically, but practically, by the feeling that one has of being capable, to a certain degree, of reconciling one’s past, future, and present.

It only lives powerfully when it is hidden.

Without a doubt, one of the reasons that the idea of transcendence is so attractive is that when we think it, we think that we are thinking both a movement and its end [terme], which negates this movement. We do not only think the movement but its end; we do not only think the end, but the movement. To the idea of effort we join the idea of end by which this effort, in being accomplished, is annihilated. We are thinking something as unthinkable. Within ourselves we awaken—following the terminology of Jaspers—a thought that is not, properly speaking, thinkable.

As Kierkegaard sensed, it is by contact with something that negates it that a human being becomes most intensely conscious of its existence. He also had the feeling that this harsh relation within which we find ourselves, this enslavement to a superior principle, is a means of escaping a kind of powerless liberalism that he felt to be a prison.

At the same time, when we speak of transcendence we have the sentiment of a secret in which we participate.

Thus there is a tension between movement and its end. Neither the end nor the movement should be considered as given, either one by the other, or one without the other.

A hierarchy or even hierarchies of transcendence can be conceived. If we can put it this way, there is a hierarchy directed toward the below, of which, say, Lawrence had been aware when he presented the unknown God beneath us, in the depths of being. There is not only a transascendence, but also a transdescendence.

There would therefore be a second immanence after transcendence destroys itself.

We could conceive the idea of transcendence as necessary in order to destroy belief in a thought that only knows itself and in order then to make us feel our immersion in an immanence other than thought.

We have said that the absolute remains beyond.

But if the absolute escapes language and thought, it is less so because its idea is the idea of something that is beyond, than because it is that of a below.

In the transcendent, there is simultaneously the transascendent and the transdescendent. But there is also the idea that these distinctions are futile.

Poetry, elder sister,
Let your song soar,
I hear you, and it is I who speak. 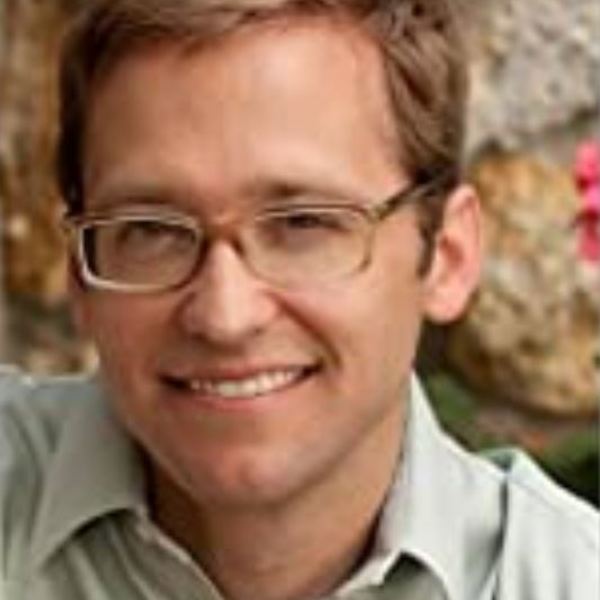 W. C. Hackett is the author of Outside the Gates. He is a professor of Philosophy at Saint Meinrad Seminary in southern Indiana.

What Secularization Did to the Self

Angela Franks on a secular age. 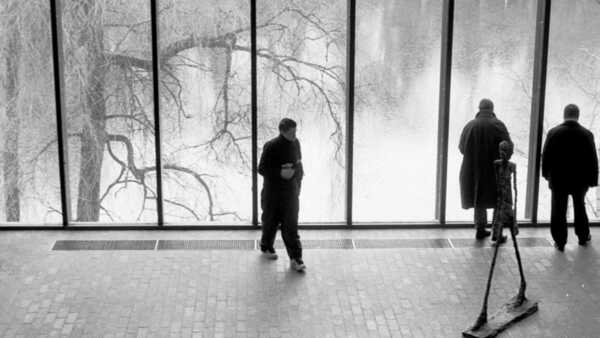