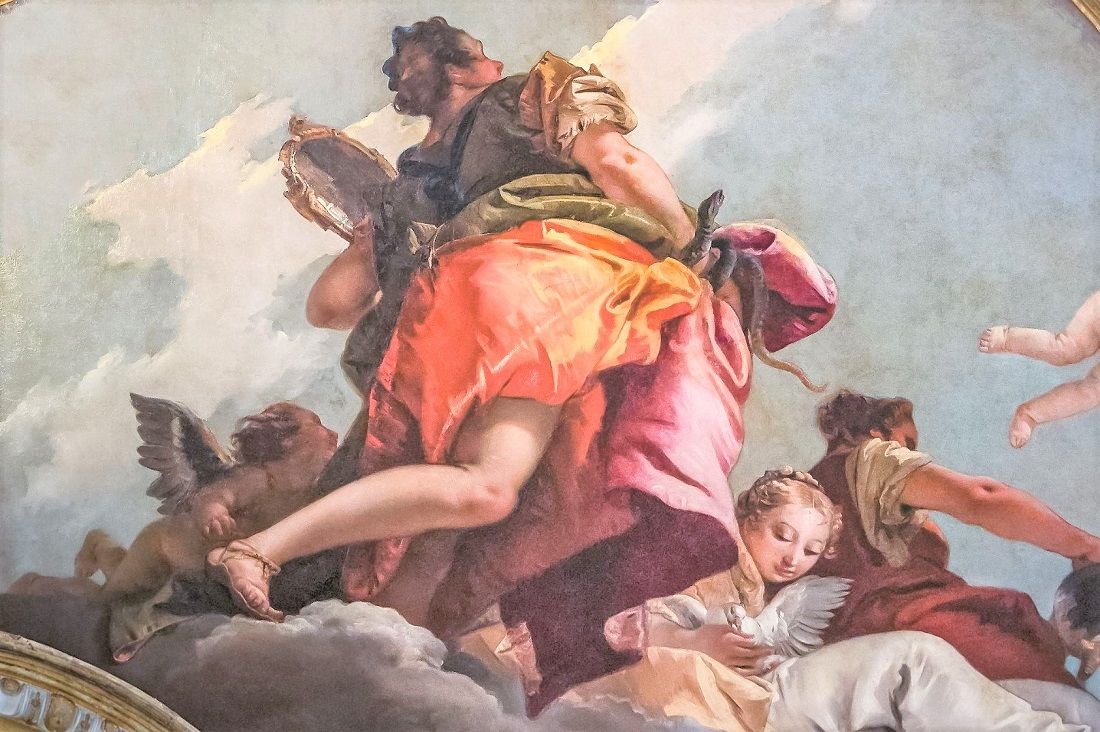 For anyone who has been paying attention, it is clear the pro-life movement has reached a crossroads. The election of Donald Trump, and, perhaps more importantly, the nomination and confirmation of Brett Kavanaugh to the Supreme Court, has set off a chain reaction which has thrown previously received wisdom into chaos. Among other things, it has pushed abortion-friendly states like New York to confidently expand abortion access (with its governor even lighting up the World Trade Center in celebration of late-term abortion) and several anti-abortion states to confidently ban abortion even before many women know they are pregnant.

Under normal circumstances, the pro-life movement would have “taken the W” abortion rights extremists were giving them by expanding abortion in wildly unpopular ways. A focus on fully formed children in the womb, well after most women have had a chance to make a decision about abortion one way or the other, is an absolute political winner. Seven in ten Americans support broadly restricting abortion after twelve weeks.

But these are not normal circumstances. Emboldened by the belief they now have a 5-4 majority on the Supreme Court, many pro-life leaders, activists, organizations, and (state) legislators have decided to go all-in—aggressively pushing bills that ban well into the first trimester and, in the statement of Alabama, all the way to conception. But these not are not popular restrictions: six in ten Americans reject them.

Furthermore, most of these laws do not have exceptions for when the pregnancy results from sexual violence—an exception that large majorities of pro-lifers support.

When Democrats won the House in 2018, the general sentiment was “if they could just not be crazy” they would sail to victory with the Senate and presidency in 2020. But with serious proposals about single-payer health care, a universal basic income, abortion for everyone on demand paid for by pro-lifers, adding justices to pack the Supreme Court, abolishing the electoral college, and more, they have opened themselves up not only to criticism, but outright ridicule.

Again, the point is not about the arguments for or against these proposals, it is about the politics of going after them. The point is that politically insulated activists and leaders have led Democrats to misread their 2018 success—and this has led to a politically-damaging overconfidence. An overconfidence which puts their goals of the Senate and presidency at serious risk.

Something similar appears to have happened in many circles of the pro-life movement. Politically-insulated activists and leaders have led pro-lifers to misread their apparent success with the Supreme Court—and this has led to politically-damaging overconfidence.

Indeed, it seems clear the discussion of abortion in the lead-up to 2020—instead of focusing on the wildly unpopular proposals of abortion-rights activists—will focus on the stories of women who have virtually no access to abortion and girls who find themselves sexually assaulted and pregnant by a family member.

I can’t wear the same name tag as those who do not even know who they’re leaving out of the equation when they say things like state Sen. Bob Onder did in explaining why the Missouri law has no rape or incest exception: “We believe the second violent act does not fix a violent act. We don’t believe in the death penalty for the crime of the father of the baby.” The man you call a father, Senator, I call a rapist. It should not have taken me this long to see that neither the pro-life nor the pro-choice label fits me. But I won’t ever again try to make myself fit either one.

Powers, for her part, sees the arguments undergirding the rejection of a sexual violence exception as overly simplistic. She says, “If an embryo or fetus is a person, then ending that life is murder. Nobody should be murdered, ergo an 11-year-old who has been raped should be forced to carry her pregnancy to term.” But she then goes on to reduce this kind of moral consistency to “blindly follow[ing] ideology.” Pro-lifers fight this ideological war in a such way, she says, that the “lives of young rape or incest victims are accepted as collateral damage.”

It is instructive to note that neither Henneberger nor Powers offer actual reasons to reject the view that abortion does not fix another violent act or that no one, including prenatal children conceived by sexual violence, should be legally murdered. Henneberger picks one word she (understandably) does not like from one person (why she picks this particular person is not clear) and then simply dismisses the whole position. Powers, also without argument, claims that the lives of young people in the unimaginably terrible position of being pregnant by a violent offender are “collateral damage” if they are not permitted to kill the baby inside them.

One could just as easily claim, of course, that children who are products of sexual violence—many of whom are walking around today as some of the most sought after speakers in the pro-life movement—are the collateral damage of her position. They understandably feel like their dignity is completely erased from a discussion in which their deaths are seen as necessary for having an acceptable position on abortion.

I claimed above that their approach is instructive because it seems clear they are not concerned with responding to the facts and the arguments of their opponents. So when pro-lifers respond with facts and arguments, this kind of reaction should help us realize the limits of what can be accomplished.

Karen Swallow Prior, the relentlessly interesting English professor and pro-life activist from Liberty University, had an interesting exchange in which she captured much of what is going on in the resistance to the new pro-life laws:

Over the past few days, I have been hearing more and more stories of women who have been raped and abused, often in their youth, often by family members. These women do not necessarily support abortion, but they are wounded and they feel in a way others cannot the anguish that women pregnant in extreme circumstances must feel. Now, while it’s true that the so-called “hard cases” (rape, incest, life of the mother) make up a tiny % of the circumstances under which women get abortions, I believe based on the light shed by these conversations that the greatest passion and energy against pro-life laws (at least among Christian women) comes from the pain and trauma of sexual abuse. So if we want to reduce opposition to pro-life laws (not the same as reducing abortion), WE MUST DEAL WITH SEXUAL ABUSE JUSTLY [emphasis in original].

Now, there are important arguments to be had about the moral and legal status of a sexual violence exception. Frankly, I do not think either side does a very good job of addressing their complexity—though I tried to at least lay out the broad strokes in my book Beyond the Abortion Wars. But pro-lifers need to understand, again, that the effect these laws have on people will not be mitigated by arguments. We have an epidemic of sexual violence in our culture more broadly, and abuse has been a particularly serious problem among the primary centers of pro-life power (the Catholic and Evangelical churches) who are the one pushing for anti-abortion laws.

It stands to reason that those who have suffered sexual violence, along with their close allies, often find it nearly impossible to see these laws, and the people and groups who support them, as doing anything other than discarding or simply ignoring their woundedness and anguish.

There may come a time when pro-lifers can speak persuasively to a culture about justice for the prenatal child in all circumstances, including when they are the product of sexual violence, but that time is not now. The movement has less than zero credibility when it comes to, as Swallow Prior put it, dealing with sexual abuse justly. Until these political realities change, our attempts to protect the prenatal child in such cases will simply be unable to be heard.

Indeed, they will undermine our ability to protect the prenatal child in other circumstances.

This one of many examples which illustrates the importance of having a consistent life ethic. If we do not have victims of sexual violence in the same orbit of concern as we have for prenatal children we undermine our ability protect prenatal children. We ought to focus on victims of sexual violence because they are children of God, period, full stop. But it is also the case that considering it a pro-life issue does not “water down” or “distract” us from addressing abortion. On the contrary, doing so creates the conditions for the possibility of achieving the fullness of our pro-life goals.

We find ourselves now at a major crossroads as a movement. Let us be peaceful as doves and wise as serpents as we go forward—zealously working for the protection and support of the least among us, but taking heed as Prudence’s lamps shall light us.

Contributions Towards a Structural Analysis of the Catholic Abuse Crisis 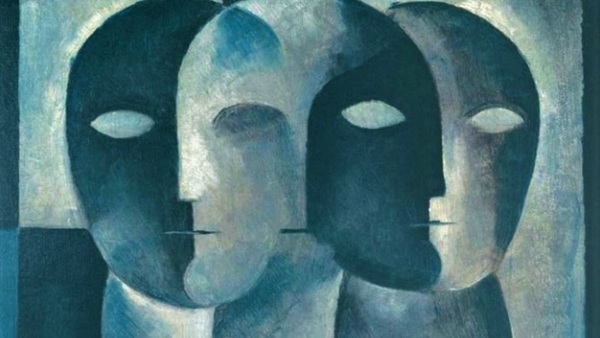