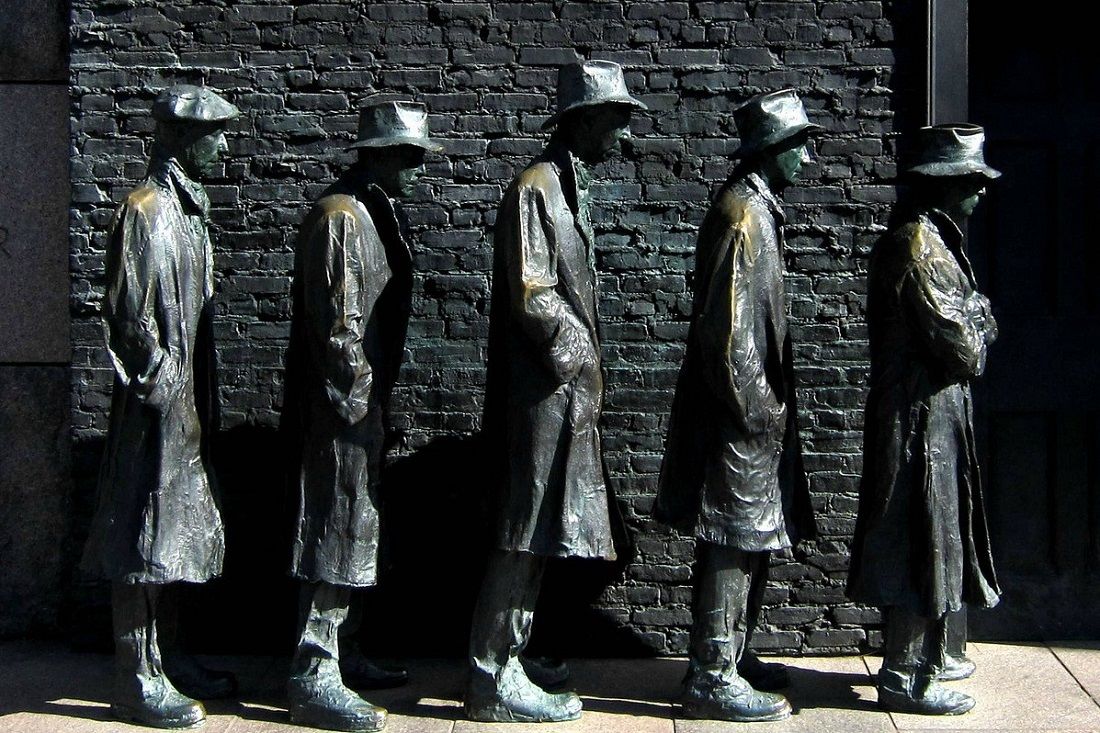 Which scenario has troubled you more: someone with food stamps buying filet mignon and lobsters or a child going to bed hungry because her family could not afford enough food that day? Which have you spent more time talking about: the people who slip though the holes in our social safety net or those who cheat the system? One of the most fundamental divides in our political culture, perhaps the most significant, would be reflected in honest answers to these questions. And American Catholics would be divided in their responses. But they shouldn’t be. One way of responding to these questions is simply more compatible with embracing the way of Jesus Christ.

While Catholic Social Teaching supports efforts to minimize cheating, corruption, and moral hazards, the failure to ensure that people have their fundamental needs met—the baseline requirements that make their development as emotional, physical, intellectual, and spiritual persons possible—is always incompatible with the common good. Christians should always fear leaving the vulnerable behind more than failing to halt all freeriding.

Part of accepting this is coming to terms with human fallibility and the reality of sin. People who abuse the social safety net are engaged in sin. While more efficient and effective policies can minimize the number of people gaming the system, technocracy will never abolish sin. Sometimes those who defend social programs fail to admit that there are people taking advantage of the system, albeit often as a reaction to those who demonize people who legitimately need assistance. Instead, they should admit that these programs are not flawless, but that they remain essential to avoiding systemic, structural sin. And they should be clear that those who participate in the construction and maintenance of the throwaway culture and globalization of indifference are also engaged in sin.

But why does Catholic Social Teaching have this preferential option for the poor and vulnerable (an option that is not optional)? It all starts with gratitude.

The Christian recognizes that we are nothing but dust without God. In a strictly material universe, our lives would be as significant and meaningful as specks of dust blowing in the breeze for a split second. Living decades (at most) as mere collections of molecules in a universe that is billions of years old and unimaginably vast, how can our actions matter? How can we have lives worth living? Simply and entirely, because of the love and grace of God. The radical love and sacrifice of Christ paves the way for the ultimate direction and purpose of our lives.

Because of this love and grace, we were endowed with worth and dignity, each of us made equally in the image of God. Everything we possess belongs ultimately to God. We are simply charged with fulfilling our responsibilities to use whatever we have been given justly and lovingly to build the Kingdom of God. And we are grateful, because we realize that regardless of how hard we work, or our innate intelligence, or the measure of creativity and ingenuity we display, nothing we have is earned on our own.

The 2012 political slogan “I built this!” could not be more antithetical to this gratitude. Nothing that is worth building is built alone. Everything is dependent on the grace of God and the assistance of our fellow human beings. No man or woman is an island.

The politics of gratitude necessarily leads to a focus on the common good and a whole life commitment to securing conditions that reflect the worth and dignity of all. It leads one to affirm the universal destination of goods—the recognition that the goods of creation “are destined for the whole human race.” One’s claim to such goods, to one’s most basic needs, is just as legitimate if one is an orphan in the Democratic Republic of the Congo as if one is born to a Senator or CEO in one of the wealthy enclaves of the United States.

There is certainly a place for the market in our world today. It plays a critical, indispensable role in fostering the common good. No one familiar with the absolute failure of communism in the twentieth century can argue otherwise. But the market does not make morality. It cannot displace God. It does not define a person’s worth. The market cannot be given the power to trample human dignity and defy the demands of human equality and solidarity. It must be properly regulated, and governments have the ultimate responsibility of ensuring the just distribution of goods. The market must never become an idol, worshiped by a cult of free market fundamentalists. And no one who recognizes the authority of God, who is grateful for the gifts of God, and who is accepting of the responsibilities given to us by God can fall prey to this illicit form of idol worship.

As in all political matters, prudential reasoning is required to discern the wisest policies. But those who place a free market ideology above the dictates of God or allow it to distort their understanding of Church teaching can never be prudent. Prudential reasoning offers no cover for those who lack wisdom.

Some people participate in politics out of naked self-interest. Others tout their ‘enlightened self-interest.’ For Christians who aim to live their faith, the love-inspired pursuit of justice is their central motive, and gratitude is critical in shaping this pursuit.

The politics of gratitude starts with the radical belief that every human being is fundamentally equal as a child of God, wholly dependent on God’s love and grace and on other human beings for all that matters in life. From this comes not an obsession with the false morality of the market or the naked pursuit of one’s self-interest, but a commitment to solidarity, the universal destination of goods, and the preferential option for the poor and vulnerable. It means recognizing that the greater one’s power, wealth, opportunity, and intelligence, the greater one’s responsibility to ensure that no one is left behind. Gratitude calls us to recognize our mutual dependence and strive for the communion found only in the Kingdom of God.