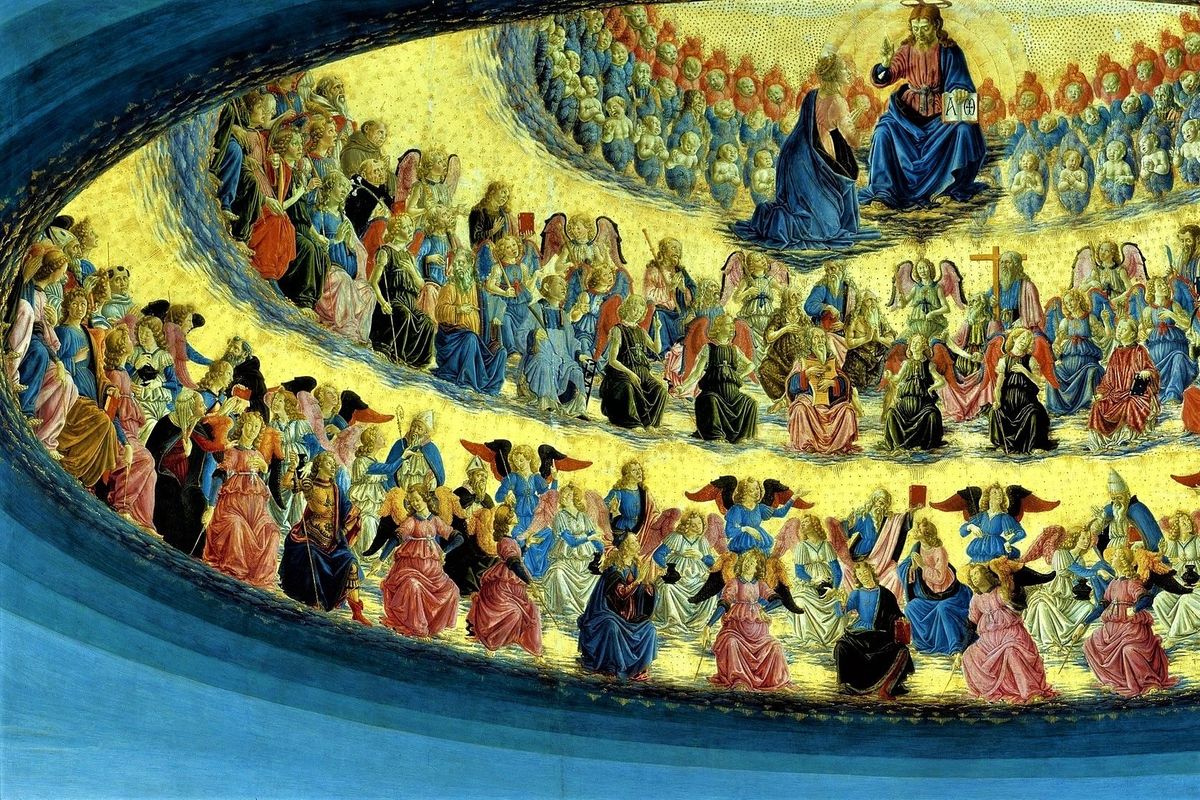 Leonard Bernstein was born in 1918—the year World War I ended. His musical West Side Story premiered in 1957.

On 9 August 1945, the United States dropped an atomic bomb on Nagasaki, Japan. Its Cathedral of St. Mary was annihilated instantaneously. On August 15, the Japanese surrendered, ushering in the end World War II.

On 1 November 1950 Pius XII declared the dogma of the Assumption. Carl Jung called this declaration “the most important religious event since the Reformation.”

The 100th anniversary of Bernstein’s birth has occasioned numerous performances of West Side Story, easily his most popular work. It places the traditional Romeo and Juliet story in New York City’s Spanish Harlem, where the white Jets fight the Puerto Rican Sharks for neighborhood territory. The Jet Tony falls for Maria, sister of the Sharks’ gang leader.

Performances and program notes in 2018 have noted the continuing American struggle of immigration and racial integration decades after the musical’s performance and its 1961 transformation into an Academy Award-winning film. Perhaps West Side Story relates as much to the struggles of the whole 20th century as it does to 2018, which, in certain ways, can appear quite similar to the 1950’s?

When Tony gets carried away trying to prevent a gang fight and accidentally kills Maria’s brother, a sense of irrepressible dread sets over the musical. Who could love her brother’s killer? Tony flees to his sole refuge, Maria’s house, where he confidently declares, “We'll find some place where nothing can get to us; not one of them, not anything.” They sing the stunning “Somewhere,” which rises and peaks into a profession of nearly absurd hope.

Every 20th century fear, anxiety, trauma and drama lives in those lines: the displacement of large populations from their homes, their violent alienation from each other, the relentless and dissatisfying search for an end to strife across the globe. A violent, turbulent, hopeful century found itself in Tony and Maria, apparently naïve and compellingly pure. When West Side Story won 13 Academy Awards in 1961 (including Best Picture, Best Director, and Best Cinematography) it found viewers hoping against hope.

When Pius XII proclaimed the dogma of Mary’s Assumption in Munificentissimus Deus, the enigmatic psychoanalyst Carl Jung called it the most important religious event since the Reformation. He said the dogma, “expresses a renewed hope for the fulfillment of that longing for peace which stirs deep down in the human soul, and for a resolution of the threatening tension between the opposites.” He saw in it the psyche’s latent and growing need for a transcendent feminine presence, in this case Mary sharing life with the Trinity. He related the Assumption to humanity’s increasingly devastating power:

Everything now depends on man: immense power of destruction is given into his hand, and the question is whether he can resist the will to use it, and can temper his will with the spirit of love and wisdom . . . He needs the help of an “advocate” in heaven.

He situated the declaration of Mary’s bodily Assumption in the context of “the truly apocalyptic world situation today.” His description mentioned the atomic bomb in passing, but not with any clear connection to the Assumption. Yet Jung perhaps intuited what Graham Greene articulated around the same time:

Today the human body is regarded as expendable material, something to be eliminated wholesale by the atom bomb, a kind of anonymous carrion . . . The definition of the Assumption proclaims again the doctrine of our Resurrection, the eternal destiny of each human body.

In another context Jung said “there are events which are related to one another experimentally, and in this case meaningfully, without there being any possibility of proving this relationship is a causal one.” It is at least possible the need for feminine intercession—and to see all human bodies safeguarded vicariously in Mary—blossomed through the Church when humanity was increasingly destructive and increasingly hoping against hope.

The scene only heightens the tension. They find themselves vicariously represented in foreign, alien bodies. Ironically that separation opens up a space that allows the audience to identify themselves with Tony, Maria and those nameless dancers.

In the final scene, a Shark shoots and kills Tony. Yet, in a move so smooth the viewer almost cannot notice it, West Side Story departs momentously from Romeo and Juliet. In the inexplicably hopeful 20th century, Maria cannot respond to her lover’s death by killing herself. Instead, she examines the murder weapon, embraces Tony and stands center stage. The Jets and Sharks slowly join her. She has chosen to live.

But she realizes her capacity to kill. She sees the disparity between how ease of killing and horror of dying. Technology has narrowed that gap. When she picks up the gun she screams disparagingly, “How do you fire this gun, Chino? Just by pulling this little trigger?” Perhaps this is a reference to Henry Adams’s “The Dynamo and the Virgin”? Maybe an allusion to the battle between the Virgin and the death machines fashioned at Los Alamos?

Yet, her solitary center-stage figure will not surrender. With all the pain of another Maria who held the murdered one she loved, West Side Story’s Maria throws the gun on the ground. If she cannot live past this horrific moment, then there is no “place for us.” Instead, Maria’s body—the locus of so much tension throughout the play—becomes the source of hope for New York’s beleaguered gangs. Maria has greater reason to kill (even herself) than all the others. So, if she can live, they can too. Maria’s body becomes hope for those people. She sings.

Somewhere. For all the violent, sinful and beleaguered, there is a body that has made a place for us. Mary’s body is that hope.