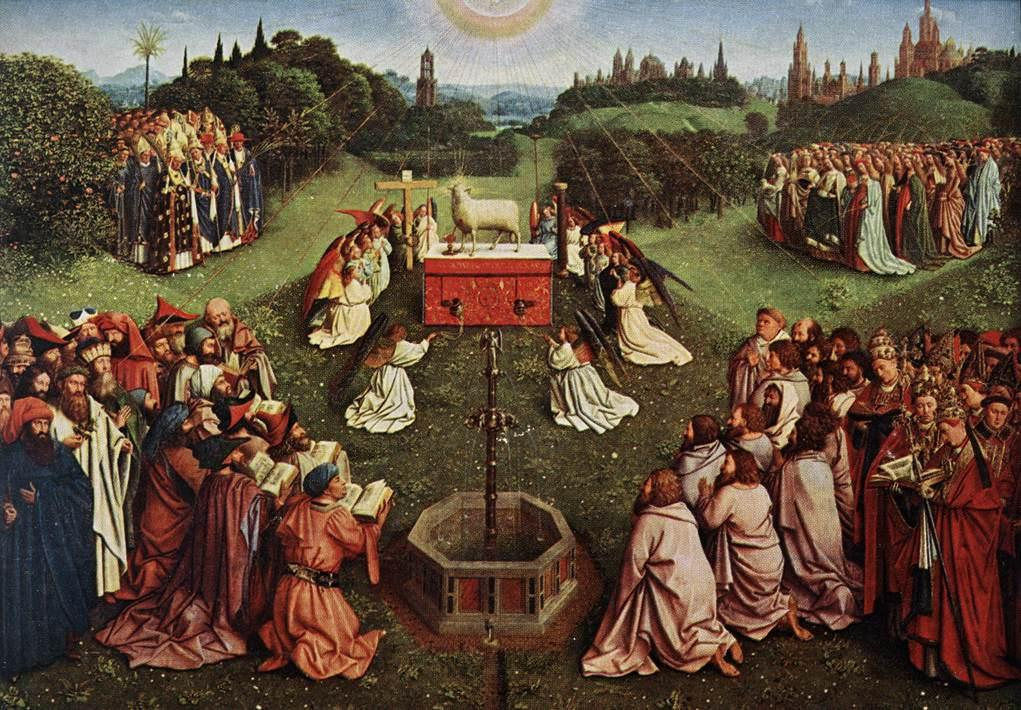 During my first year in college, I heard Eucharistic Prayer I (the Roman Canon as I would later learn) for the first time. Upon first praying the text, I thought to myself, there are so many random saints who are named. Who are they? Why no Saint Patrick or Francis or Clare or Ignatius of Loyola? I also thought to myself, as it was prayed throughout the Easter season, "Hmmm, this is long. I wish it was shorter. A lot shorter."

Yet, after years of studying Eucharistic Prayer texts, the Roman Canon has come to occupy a place in my heart as that text that I love the most and yet hear the least. For many, the present translation seems too formal. We bless "these gifts, these offerings, these holy and unblemished sacrifices." We offer the oblation for the Church, for all those gathered together, for the apostles. We ask that the offering will be "spiritual and acceptable," two words that don't seem to go together in contemporary English (yeah, I'm spiritual and acceptable but not religious). We hear during the Institution Narrative about Christ's "holy and venerable hands." Christ offers not a cup but a chalice, a sacral term. And then in the second part of the prayer, after we sing together the Mystery of Faith, we make the offering again. We ask an angel to take the offering to heaven, we pray for the dead, and we name a series of additional saints. Why?

The Roman Canon makes clear an aspect of the Eucharist that is often forgotten: the Mass as a sacrifice of love that is not simply performed by or for those gathered in our local parish church. Benedict XVI (writing as Cardinal Ratzinger) speaks about this sacrifice most clearly:

If 'sacrifice' in its essence is simply returning to love and therefore divinization, worship now has a new aspect: the healing of wounded freedom, atonement, purification, deliverance from estrangement. The essence of worship, of sacrifice--the process of assimilation, of growth in love, and thus the way into freedom--remains unchanged. But now it assumes an aspect of healing, the loving transformation of broken freedom, of painful expiation...sacrifice takes the form of the Cross of Christ, of the love that in dying makes a gift of itself. Such sacrifice has nothing to do with destruction. It is an act of new creation, the restoration of creation to its true identity. All worship is now a participation in this 'Pasch' of Christ, in his 'passing over' from divine to human, from death to life, to the unity of God and man" (Joseph Ratzinger, The Spirit of the Liturgy, 18-19).


Christ's sacrifice made complete in the Resurrection is not merely a past event. This sacrifice unfolds even now in every Mass, where the gifts of bread and wine, become living and efficacious signs of this Passion and Resurrection. The Eucharistic Prayer is not the magical prayer where we make Jesus present. Rather, it is that prayer in which Christ becomes present to make present once again the saving effects of his Passion and Resurrection for the life of the world.

And as the Roman Canon makes clear, through the two columns of saints flanking the Canon, this sacrifice is not simply about the transformation of the individual. The ultimate end of the Mass is not our private encounter with love become flesh. Rather, every time the Mass is celebrated, the Church is most herself. The Eucharist is that sacrifice of love that is meant to unite together for all time the angels and the archangels, the living and the dead, the sinner and the saint alike. We give to God the matter of our lives, the matter of bread and wine, and we ask that heaven itself may transform our sins, our sorrows, our darkness into icons of Eucharistic love. Our sins, our darknesses, our sorrows are healed in the Eucharistic balm of the Church.

The Roman Canon reminds us most of all that Mass is evangelizing not simply when we want to be there. When everyone is jazzed to be present, to hear the words spoken again and again. Rather, it is that Prayer (as all Eucharistic prayers are) which makes a sacrifice of love, a sacrifice meant to unite all of humanity. We remember the dead before God. We remember those who have sinned, who have rejected the gift of love. And the saints remember us before the Father, rooting for us with hearts of love. Most of all, God keeps us in his memory, renewing us in the offering of self-giving love at the heart of every Mass.

In other words, maybe we should pray this Prayer more often.