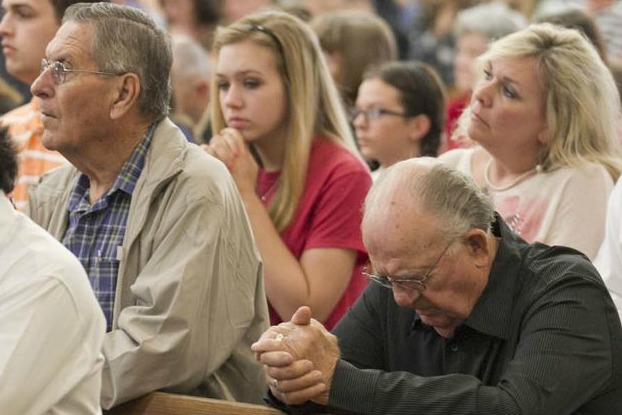 Silence is not a common feature in my life. As a musician I am rarely without a song in my head, and this song can find its way out of my mind even with the slightest prompting—if a word, phrase, or chord progression resembles something in a song I love, I begin a full rendition. I’ve been known to accidentally hum in class absentmindedly, much to the dismay of my teachers. Heck, I even talk in my sleep.

So silence is not something I deal with often, and thus it is not something to which I am accustomed. If conversation dulls with a friend and silence threatens to rear its abrasive head, I am comfortable dropping a joke or lightening the mood with an anecdote. When “moments of silence” are called during prayer services, I often fidget my way through them or lose myself in thought about some completely disconnected topic. But these instances of silence are significant in our culture, which is clear from their frequent use in somber services. Silence does more than just give us a chance to pause. It stops the banal chatter in our mouths and minds and forces us to simply be still and be, for a moment.

The opening rites of the Mass, especially the Penitential Rite, are supposed to cultivate this silence in us as we adjust into the space of the liturgy. But how many times is the Penitential Rite glossed over quickly by the priest or the congregation, viewed merely as a brief interlude to catch the breath before continuing the Mass? Or a moment after a joke is told to quiet down and get ready to recite a prayer in unison? Certainly, communal prayer is a key feature of the Mass, but the moment of silence in the Penitential Rite is an essential precursor to any communal prayer in which we could engage.

When I was little, I detested naps. Being alone and quiet in my room was not my idea of a fun time (and still is not today, if I might add), yet my parents would always put me down for a nap between lunch and dinner, or before any sort of big party at our house. They knew that it was important for me to have that respite so I could more fully engage in the celebration later, hopefully without descending into the depths of a temper tantrum.

The silence during the Penitential Rite of the Mass does something similar for us in that it quiets us before we enter communal prayer. We take a moment to turn inward, to approach God as we are without any distractions or frills, and acknowledge what is going on within us. The moment of silence is meant to challenge us to avoid fidgeting, to disregard the lighthearted jokiness, to come as we are. If we let the silence penetrate us deeply in this way, even for only a moment, we open the door and allow God’s mercy into our hearts.

After this moment of silence for personal reflection, we recite the Penitential Act as a congregation. The request for mercy becomes more than a personal plea, but a communal cry when we as one body can open the doors to the Church and allow God’s mercy to flow in. Yet this moment cannot happen without the sometimes uncomfortable moment of silence prior to it. Silence in the Penitential Rite may leave us exposed and vulnerable, but it is the path by which God’s mercy changes our hearts.