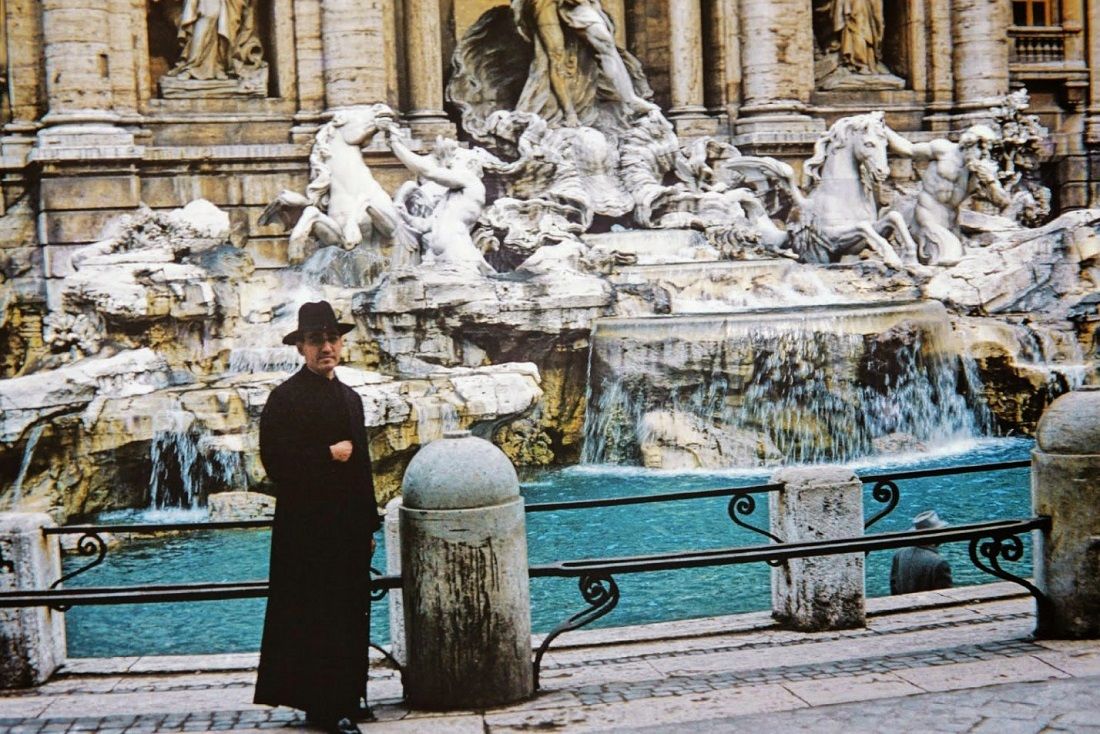 Oscar Romero usually dedicated Saturdays to preparing his sermons. Beginning in August 1977, he includes a section of news of ecclesial and national events that serve to frame the homily. On a few occasions he refers to these by a specific title (“The gazette of the life of our church,” “My diary of this week”), but most frequently the events are presented simply as the reality that the word of God needs to illumine. I refer to this as the diptych character of Romero’s preaching, which we will consider further in what follows. He insists that the exposition of the word of God is the most important part of the homily. But it is the narration of weekly events that is most distinctive and has elicited the strongest (positive or negative) reactions.

On Saturday mornings, he met with colleagues to discuss both the lectionary texts and the events of the week. In the afternoons, Romero continued his sermon preparation by reading biblical and other theological texts. The signs of wear on the books in Romero’s small personal library show his appreciation for the Jerome Biblical Commentary and also for a three-volume Theology of Scripture written by Maximiliano García Cordero. Above these, Romero relies on the magisterial tradition. Anybody reading or listening to Romero’s sermons will be struck by how often and at what length he cites from the official documents of the Catholic Church. There are more references to the teachings of the councils and the popes than to all the church fathers, Scholastics, and liberationists combined. Most of Saturday night and early Sunday morning were spent in prayer.

During his years as archbishop, Romero lived on the grounds of the Hospital de la Divina Providencia, a cancer hospice center run by Carmelite nuns. El Hospitalito, as it is commonly known, is a necessary context for understanding Romero as a homiletician.

When preaching at the cathedral, Romero declared, Ipsum audite (Listen to him! Listen to Christ!). When praying at the Hospitalito he heard God saying, Ipsos audite (Listen to them! Listen to the cry of the sick!). The Hospitalito was another place where Romero encountered suffering. In the cancer-ridden bodies of the patients he saw the agony of the mothers of the disappeared and the hope of an entire nation. It was both home and Gethsemane, a lonely place where he met God. All his homilies were prepared at the Hospitalito, where he is said to have remained awake in prayer late into the night. It was there that his final homily was preached.  Miquel Cavada Diez says in his introduction to the Homilías: “In the Hospitalito, one finds the roots of Romero. In the cathedral, one can see its fruits. In both places, Romero lived with God and with the people. But one can say that, in the Hospitalito, he lived more intimately with God and, in the cathedral, more publicly with his people.”

It was not his custom to write full sermon manuscripts, and he usually stepped up to the microphone with a mere handful of notes. Miguel Cavada Diez, the general editor of the critical edition of Romero’s homilies, underlines the oral character of Romero’s preaching. When stepping to the pulpit, the archbishop “did not bring his homilies previously written. He relied only on an outline and some documents that he read at the opportune moment.” An examination of his sermon outlines, many of which are preserved, shows the serious care with which Romero prepared his homilies. There is nothing rushed or canned about his sermon development.

The two thematic poles of Romero’s sermons were God and the people, and these two were related through the church, which was the most constant and common topic  of his preaching. Fifty of the 193 homilies in the critical edition have the word “church” in the sermon title. Many more have the word church or similar terms (people, communion) in the sermon subheadings. Through his preaching, Romero sought to console the afflicted, denounce the criminal, support the just claims of the people, give hope, and declare God’s transcendence over human plans. The themes of Romero’s preaching were interpreted through and arose from the intersection of the liturgical calendar and the events of the day.

It is difficult to overstate the importance of the liturgical calendar in the preaching of Romero. For Romero, the liturgical year is a school of Christian theology and spirituality. He likens the beginning of a liturgical year to the beginning of a new school year with disciples graduating to a new gospel and set of biblical lessons (Homilías, 4:25). The celebration of the liturgical year is not an act of remembrance like the celebration of El Salvador’s independence on September 15. Through the liturgy parishioners participate in the mysteries of Christ. “This is the mass each Sunday. And the liturgical feasts of the year, the feast of August 6 in our cathedral, are presences of the mystery of Christ” (Homilías, 2:26). The three lessons assigned by the lectionary guide the encounter with the word of God and also give form to the sermon. It is Romero’s custom to preach sermons that have three points. Romero assigns titles to each of these headings, hoping to give his listeners anchor points that they can grasp and hold. The three tend to be related to each other in a logical fashion.

Romero treats the liturgical year not as an artificial imposition on the history of El Salvador but as a Christological lens for rightly reading the signs of the times in the country. The mysteries unfolded by the liturgical calendar and the national holidays of the secular calendar overlap, but they are not to be confused. Jesus’s reply to the question of the disciples regarding the time for the renewal of the kingdom of Israel (cf. Acts 1:6–8) evokes this distinction. There is a sacred history and a secular history. “In spite of the dark shadows of our history, God has his history, and he shines his glory on the history of our homeland” (Homilías, 2:475). God intends to transform the secular history of each nation by energizing it with the history of salvation. Reading the events of the day in conjunction with the liturgical year makes the Gospels of Matthew, Mark, Luke, and John become more Central American and Salvadoran history in turn more like salvation history.

Jon Sobrino is not exaggerating when he writes that “the homilies of Monseñor Romero were and continue to be an unprecedented ecclesial and social phenomenon.” The novelty of the homilies stemmed from the forceful manner in which the truth of the word of God was proclaimed for the particular situation of El Salvador as well as by the unique homiletical method that he developed. Romero’s sermons correlate biblical characters and events with contemporary ones. When preaching on the effects of life lived in a flesh without Christ, Romero presents the example of Jezebel, “an evil woman who, when she saw that Elijah fought for God’s rights against the false prophets, sent him a note like those sent by the UGB today: Tomorrow, you will be with the false prophets too, dead” (Homilías, 5:207). The UGB was the Unión Guerrera Blanca, a right-wing death squad. “And Elijah was afraid. Who is not afraid before a death threat? And Elijah fled because the UGB had threatened him, Jezebel, the wicked wife of Ahab” (Homilías, 5:207). The burst of applause that met the uttering of these lines is clear evidence that the congregation understood the layers of meaning in Romero’s words. Applause became an increasingly noticeable response to Romero’s preaching, so much so that Romero was at times moved to comment on this. He rejected the charges of those who claimed that his preaching was aimed at garnering applause. He did not silence his congregation’s applause. He appreciated it as an expression of solidarity and as a positive response to the pastoral direction of the ministry of the church. By the end of his life, Romero realized that his homilies were the most important aspect of his episcopal ministry. It was through his spoken word that he touched most people in El Salvador. It was in the pulpit that he became a microphone of Christ. 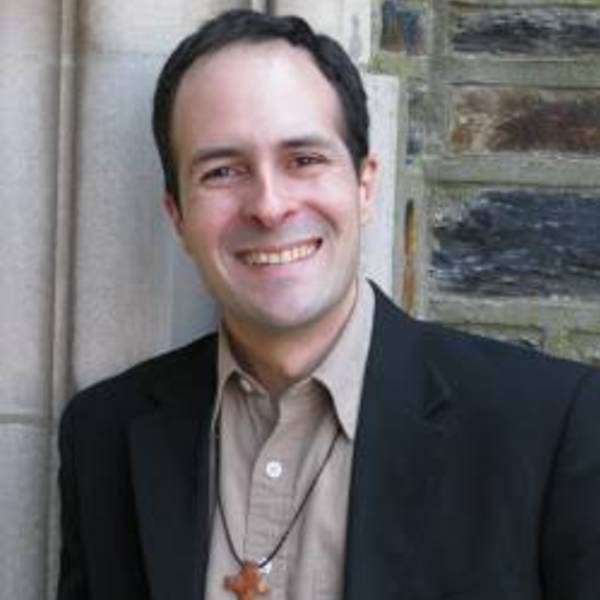 Edgardo Colón-Emeric is director of the Center for Reconciliation at Duke Divinity School.