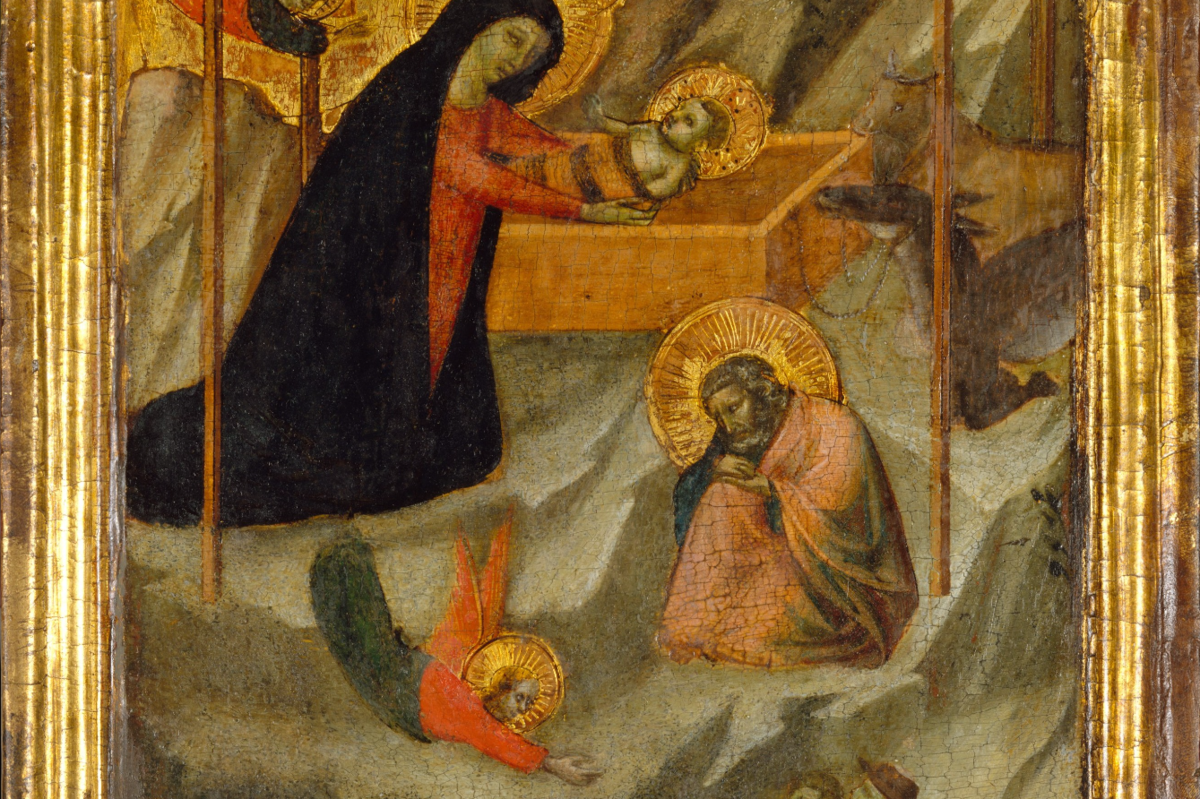 Some years ago I got an icon of the Holy Family done by an elderly Coptic nun (German by birth) who lives in a convent near the Mount of Olives in Jerusalem. It depicts the flight into Egypt. St. Joseph stands in the center with the child Jesus on his shoulders with Mary at his right and a serving girl at the left. While looking at that icon recently I began to think of St. Joseph.

The Eastern Church has a long tradition of honoring St. Joseph in the liturgy but it was only from the early sixteenth-century that he was so honored in the Roman Rite. In fact, it was only in 1847 that Pope Pius IX extended the Solemnity of St. Joseph as a feast for the universal Church. It was St. John XXIII who inserted his name into the Canon of the Mass on the eve of the Second Vatican Council. That belated recognition of the spouse of the Virgin Mary, known in the Gospel as a just man (vir Justus) is emblematic of the self-effacing character of Joseph, who is never recorded as speaking in the Gospels. What we know of him is what we learn by indirection.

St. Joseph also appears only late in the Christian art of the West. He is a set figure in nativity scenes or depictions of the Holy Family. Artists tended to show him as an old bearded figure, most frequently in the nativity scenes at a remove from the action and not infrequently as dozing. In a few narrative pictures he is away from the manger on his way to find a midwife for Mary. All such artistic conventions were meant to convey his own chastity or, for the sake of decency, to have him not be an eyewitness of the birth of the child. That he is even prominent in any Gospel scene is largely a result of medieval preachers like the Franciscans and the Servites who tended to dramatize the human aspects of the Gospel story. His name was only added to the Litany of the Saints in the mid-fourteenth century.

If St. Luke sees the birth of Jesus through the eyes of Mary, it is Matthew’s Gospel that highlights the perspective of Joseph. Joseph is the “man of dreams” (like the Hebrew patriarchs) who takes Mary into his house, protects her and the child on the flight into Egypt, brings them home to Nazareth as her husband and the child’s father. Of course, Matthew’s Gospel depicts Jesus as the new Moses, and Joseph becomes linked to the whole story of Israel. It is not accidental that Matthew’s account of Joseph’s genealogy begins with the patriarch Abraham. After the return to Nazareth, however, Joseph disappears from the story of Jesus and is heard of only as a family identifier: “Jesus of Nazareth, the son of Joseph” (Jn 1:45) and “Is this not Jesus, the son of Joseph whose father and mother we know?” (Jn 6: 42). Beyond that, the canonical Gospels tell us nothing.

If the biblical portrait of Joseph emphasizes his patriarchal ancestry and pronounces him a just man, modern reflection on Joseph singles out his occupation as a skilled worker. In 1956, Pope Pius XII designated May 1st as the Feast of St. Joseph the “craftsman, who as a carpenter at Nazareth provided for the needs of Mary and Jesus by his labor and initiated the Son of God into human work” (from the Roman Martyrology). That the Pope chose May 1st is not accidental, since that was the traditional holiday celebrating (in Europe largely under communist patronage) workers.

Recent commentators have also singled out the fact that the Holy Family had been refugees driven from their home into Egypt because of the despotism of Herod. The Holy Family in flight under the care of Joseph has become emblematic of all who cross borders today driven by poverty or fear or social unrest. Thus, the bare account of that flight has become a sign for the all too many who replicate the hasty departure of the Holy Family. It is also a reminder and an echo of the flight of the Jews from Egypt as they experienced the exodus (Greek for “going out”).

Decades ago the great literary critic Erich Auerbach argued that the biblical narrative is all foreground. What he meant was that the Bible almost never “fills in” the story as it is narrated. In the case of Joseph we learn who he was, how the narrator assessed him, what role he played in the early life of Jesus; but the narrator never lets him speak, does not tell us how old he was, what he looked like, or even how his life ended. It is left to the reader/hearer of the text to do the “filling in.” It is for that reason that every age finds a way to “understand” Mary or Joseph or even Jesus. Medieval mystery plays made Joseph a figure of fun; Teresa of Ávila saw him as a “great father” and was passionately devoted to him; our times have seen him as a model spouse, a protective parent, a vigorous champion of work, and as a refugee, while the New Testament writer depicted him in the line of the great figures of the Bible going back to Abraham.

The lovers of Joseph like St. André Bessette, C.S.C. proclaimed Ite ad Joseph!—“Go to Joseph!” When we are obedient to that demand we are likely to find something wonderfully new and wonderfully old as that icon taught me some weeks ago when I took a good look at it.

Editorial Note: Throughout the month of December, Church Life Journal will explore the Catholic imagination as an eschatological imagination. By eschatological imagination, we mean the imagination that highlights Christ’s coming in to the world: in his second coming at the end of time; as he is manifest in the scriptures; made known through his Mother (both then and now); and in Jesus’s nativity, which we anticipate during this season of Advent. We seek to reflect, in other words, on the myriad implications of Christ’s Incarnation for this life and the one that is to come. As our authors explore the various dimensions of the eschatological imagination (please click the link for a list of the posts), we invite you to think and pray along with us. 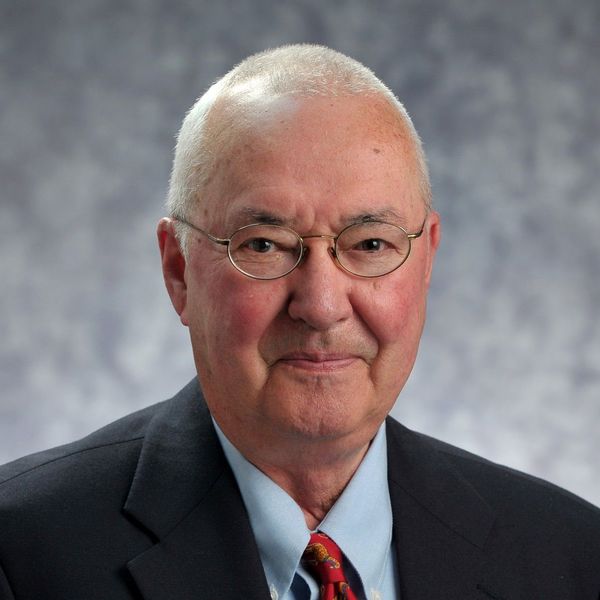 Lawrence S. Cunningham is John A. O'Brien Professor of Theology (Emeritus) at the University of Notre Dame.