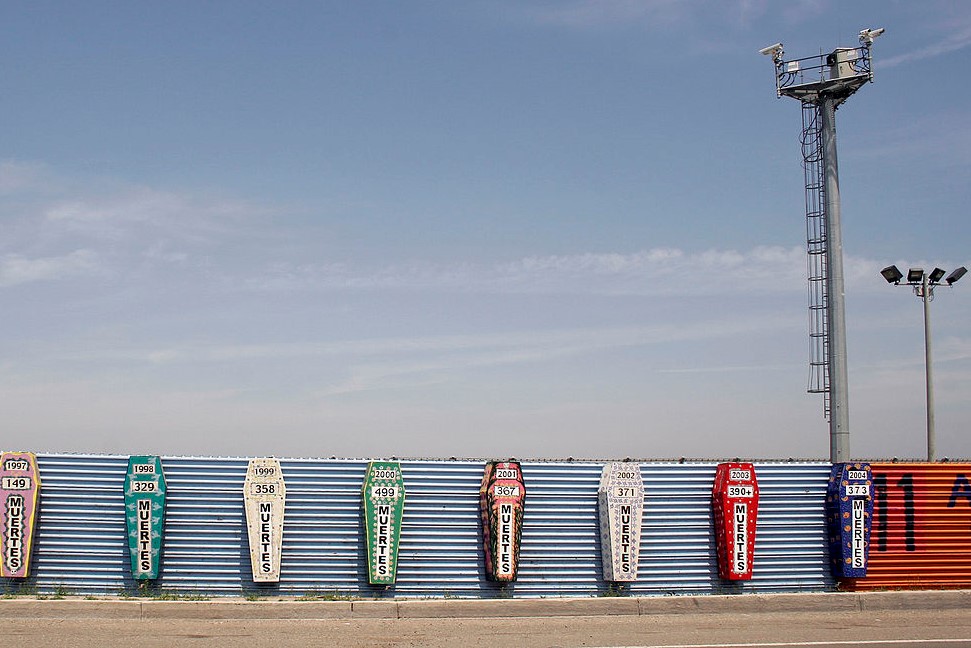 Gothic fiction, the fiction of fear, has long been identified as paradoxically central to the literary tradition of the United States. Early exhortative texts such as the Declaration of Independence and Benjamin Franklin’s Autobiography clearly articulated an optimistic national narrative of rational, self-interested individuals escaping past tyranny to progress confidently together into an expansive future. By contrast, the Gothic fictions of writers such as Edgar Allan Poe, Nathaniel Hawthorne, William Faulkner, and Toni Morrison have depicted nightmarish threats to national ideals, inherent flaws in those ideals and their implementation, or both—thereby radically challenging “America’s self-mythologization as a nation of hope and harmony.” Such is the critical consensus.

What scholars have failed to recognize adequately is the recurrent role in such fiction of a Catholicism that consistently threatens to break down borders separating U.S. citizens—or some representative “American”—from the larger world beyond. This role has in part reflected enduring fears of the faith in Anglo-American culture. British Gothic fiction originated in the eighteenth century as what one scholar pointedly deemed Horror Fiction in the Protestant Tradition, responding directly to its audience’s pronounced anxieties regarding Catholicism. Such anxieties were in a sense imported to the United States—not only in the antebellum era, and not only in the nation’s literature. Up until at least the middle of the twentieth century, educated and uneducated citizens alike often openly deemed Catholicism a particularly insidious threat to the United States and the radical new possibilities that it, uniquely, had made available to its citizens, if not to all humanity.

Today, expressions of fear of an invasive and foreign Catholicism menacing a potentially Utopian United States are at once less common and more complicated than in decades or centuries past. Yet they linger in ways that cut across the conventional political spectrum. One recent expression of such fear is particularly useful in understanding the extent to which it has shaped longstanding notions of national identity. Prominent political scientist Samuel Huntington, best known for The Clash of Civilizations, argued in his final book Who Are We? The Challenges to America’s National Identity that the future success of the United States depends on preservation of the “Anglo-Protestant culture” established by the earliest settlers in Britain’s North American colonies. From New England southward, these settlers—not Anglicans, predominantly, but instead dissenters of the sort Edmund Burke deemed the most Protestant of Protestants—carried with them distinctive “values.” Foremost among these was “individualism,” closely tied to “the work ethic.”

Huntington claims that without this preexisting cultural foundation of values provided by dissenting Protestantism, Enlightenment “ideas” would never have yielded the great fruit that they eventually did in the United States—and that they failed to yield in regions of the Americas colonized by Catholics, for example, “Quebec, Mexico, or Brazil.” Later generations of “immigrants,” qualitatively different from the original British “settlers” in Huntington’s schema, helped the nation to prosper only because they assimilated to its already established Anglo-Protestant culture. Huntington’s great fear is that recent patterns of immigration, coupled with an emphasis on multiculturalism in the U.S. education system, will end this pattern of assimilation forever. His primary concern is with massive immigration from historically Catholic Latin America, especially Mexico—which, he notes grimly, once owned a significant portion of current U.S. territory.

Huntington’s position clearly depends on certain debatable premises regarding religion. It is not, however, based on any profession of Christian faith. Even as Huntington maintains that the Protestant Reformation was ultimately more foundational for the United States than was the Enlightenment, he never promotes any form of Christianity as an end in itself. Rather, he touts Anglo-Protestantism as the historically necessary means to and enduring basis for maintaining that which he sees as truly valuable: an “American Creed” that he describes, approvingly, as “Protestantism without God”; and an “American civil religion” that he describes, again approvingly, as “Christianity without Christ.” The purpose of “Anglo-Protestantism” as defined by Huntington is ultimately to replace Moses with George Washington and Jesus Christ with Abraham Lincoln.

This is a view that Martin Luther, John Calvin, and Jonathan Edwards would undoubtedly find problematic—as many of Huntington’s less theologically inclined contemporaries have, for a variety of reasons. Yet the argument is worth noting because it so bluntly exemplifies longstanding Anglo-American habits of seeing the Protestant Reformation and the Enlightenment as essentially continuous with one another and, furthermore, of seeing “Anglo-­Protestantism” as properly culminating in a post-­Christian individualism that paradoxically serves as the common thread binding the nation together. In both views, U.S. identity is defined in opposition to a Catholic Christianity best kept beyond national borders.

Huntington writes, by his own account, as both a “scholar” and a “patriot.” His goal is to make a clear and persuasive argument regarding what he sees as necessary to maintain his own nation’s political and economic success. The enduring fiction writers to have come out of that nation are, by comparison, much more complex. The greatest of them are those at once most deeply rooted in and most profoundly critical of their culture. Such literary artists are ultimately attuned not to questions about national well-being but to larger questions about the nature of reality and humanity’s place in it—even as each understands and articulates those questions in relation to his or her own cultural tradition and historical moment. To some extent, writers ranging from Homer and Sophocles to Anton Chekhov and Virginia Woolf can help readers to see beyond the limits of the simultaneously triumphalist and anxious narrative of U.S. civil religion proposed by Huntington.

My concern here, however, is with canonical fiction writers of the United States who do so, writers who—though they should not be categorized as “merely” Gothic in any reductive or dismissive sense—participate in and ultimately revise a larger Anglo-American Gothic literary tradition in relation to Catholicism. The authors I consider are J. Hector St. John de Crèvecœur, Herman Melville, Kate Chopin, William Faulkner, Flannery O’Connor, Walker Percy, Cormac McCarthy,  and selected contemporary writers including Toni Morrison. Representing a variety of historical periods from the early republic up until the present day, these authors have distinct experiences of borders within and around their nation and hemisphere, itself an ever-emergent “America.” They also have distinct experiences of Catholicism and distinct ways of imagining the faith, often shaped at least in part within the Church itself. Their fictions collectively demonstrate the complicated and profound role that Catholicism has played in Gothic narratives of U.S. identity. These are only indirectly narratives of the nation as such: they are most often narratives that feature some representative American, a willfully autonomous individual who appears as synecdoche or achievement of the nation.

As will become clear, the border that these authors are ultimately most interested in is the border between self and “other.” More precisely, they are interested in the border the individual intellect attempts to maintain between itself and a larger reality that it seeks isolation from or control over, a reality that includes but is not limited to other individuals. Crucially, each author considered here understands or intuits that border as definitively bound up with U.S. identity, its enforcement essential to maintaining the individualism that Huntington and others posit as foundational for the nation. While such individualism may in part be tied to the legacy of dissenting Protestantism, it is more profoundly a function of liberalism, that is, “the long tradition of political philosophy—stemming in part from the social contract theories of thinkers such as John Locke and Jean-Jacques Rousseau—that places the autonomous individual at the center of social and political concern” and has been undeniably essential to the U.S. experiment.

Regardless of whether such commitment to the individual is viewed as “Protestant” or as “liberal,” it is the rigidity of the border perceived as necessary to maintain or achieve individual autonomy that is most at issue and most chillingly challenged, complicated, and undermined in the fiction I consider here. That fiction’s rootedness in a particularly Anglo- American Gothic tradition is, as we shall see, immediately evident in that it is primarily concerned with threats to the autonomy of the individual of Anglo-Protestant provenance; its particular national character is clear in that it depicts such individuals as tending to believe—like each author’s presumed primary audience—that the United States is the one nation in which individuals can in fact achieve and maintain autonomy.

Accordingly, American exceptionalism of a certain sort is a foundational concern in these fictions. Their Gothic character is largely a function of the fear that the nation is not exceptional, that the nation and individuals within it are susceptible to older, foreign patterns of experience most intimately modeled by Catholicism. Hence, fears of Catholicism are often bound up with fears related to the breakdown of borders, fears of outwardly imposed violence, contagion, or corruption—a corruption both literal and figurative, both bodily and moral. Yet simultaneously, Catholicism is here at times associated with a haunting desire within the individual to cross the borders of the self, with a troubling passion that, in the root sense of the word, necessarily involves suffering.

Violence in these fictions generally occurs in conjunction with such fear or such desire. Violence, that is, occurs in attempts to assert the border both around the individual and around the space or nation in which he believes he might maintain his autonomy; or it occurs in conjunction with the breakdown of that border. Ultimately, each fiction considered here imagines some possible or realized crossing of borders in relation to Catholicism, whether that crossing is imagined as unwelcome or not—as invasion and violation or as communion and fulfillment. While the latter is less common, it exists at least as possibility in the work of some of the more recent writers considered here. These writers most clearly demonstrate that the Gothic mode can coexist with or become a kind of religious writing.

Featured Image: This is a monument for those who have died attempting to cross the US-Mexican border. Each coffin represents a year and the number of dead. © Tomas Castelazo, www.tomascastelazo.com / Wikimedia Commons / CC BY-SA 3.0 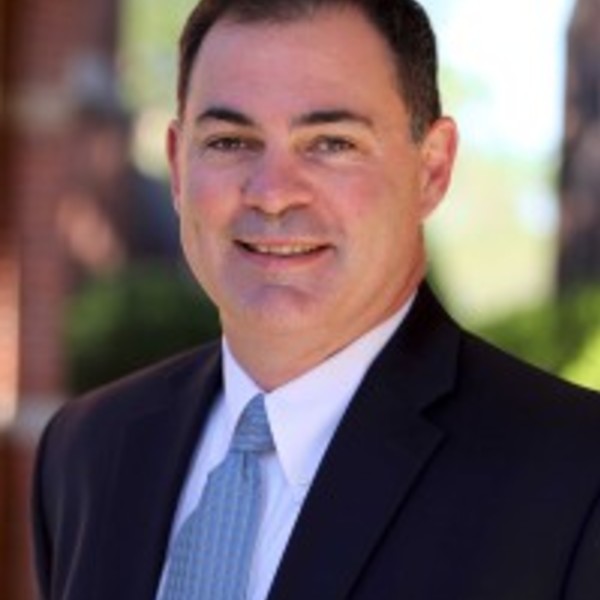 Farrell O’Gorman is professor of English at Belmont Abbey College. He is the author of Peculiar Crossroads: Flannery O’Connor, Walker Percy, and Catholic Vision in Postwar Southern Fiction and, most recently, Catholicism and American Borders in the Gothic Literary Imagination from University of Notre Dame Press.