Hope, of course, is a theological virtue—a gracious gift of God. It is not the same as optimism. This is a useful distinction, and goad, for many aspects of the Christian life. We are not our own but belong to the Lord Jesus. Accordingly, we might say that our future is not our business: it is given over to God. More than that, we should expect to be led, at least in part, where we do not want to go (John 21:18). Jesus said these words to Peter as a prophecy of his martyrdom, but they equally apply to every interesting aspect of our Christian lives, just insofar as God uses our circumstances to shape and mold us into the persons he would have us become—in marriage and within families, in close friendships, as we engage political and societal questions, as we combat sin within and without, and as we both gratefully and wearily take up our work.

My teacher Brevard Childs taught us in our study of Scripture to pray that the Holy Spirit would use the word of God to coerce us beyond prepared answers and preferred avenues of our own invention to whatever God would reveal to us now, in obedience to him. Childs wanted us to expect and solicit God’s own surprising word, on the way to new insights and new conclusions—of God’s own design, congruent with Scripture—fed by a fervency of that most radical and reorienting of prayers: Thy will be done. That is, expansively:

Lord, I give you all that is before me, what is fearful and what is exhilarating, what is obviously fruitful and what is apparently dying. Make it all your own, and use me to glorify your purposes. “Prosper the work of our hands” (Ps. 90:17).


This is the kind of spirituality that has long animated the ecumenical movement: a prayer for conversion of hearts and minds, and of communities. Paul VI called ecumenical work a “dialogue of salvation.” John Paul II concurred, and went on to describe it as a “dialogue of conversion.”[1] What does this mean? Channeling classic ecumenism, John Paul viewed Christian disunity as a “grave obstacle . . . for the proclamation of the Gospel.”[2] It may be overcome only by a humble consciousness of having “sinned against unity,” a recognition that inspires conversion both for individuals and churches in light of “the sinful ‘structures’ themselves which have contributed and can still contribute to division and to the reinforcing of division.”[3] Accordingly, any “Christian community which believes in Christ and desires, with Gospel fervor, the salvation of mankind, can hardly be closed to the promptings of the Holy Spirit, who leads all Christians towards full and visible unity. Here an imperative of charity is in question, an imperative which admits of no exception.”[4]

An imperative of charity. Christians dare not shirk this work. It is not optional because our Lord told us to be one in such a way that the world may be moved to believe (John 17:21); in other words, plausibly and truly one; visibly, as the Catholic tradition has said. And our Lord’s teaching takes on greater significance by the fact that he imparted it in concert with the Last Supper and institution of the Eucharist, the sacrament of the Church’s unity.

To say that ecumenism is not an optional extra is not to say that its academic study is required of all! It is to say that Christian love of all the brethren, across all the churches and communities of the Church, is part and parcel of obedience, holiness, and the mission of our day to day lives. All Christians must love one another—and especially one another, starting with the family of faith. We must seek creative ways to do this. Where do we run into other Christians? Are they in our family? What about a neighboring parish? In turn, for teachers and church leaders, we must ask where the currents of ecumenical interaction may be found, seek them out, and dive in.

As we do so, we should cultivate a spirit of anticipation and hope in the making of new friends. All ecumenists will testify that their work is sustained and motivated by friendship. For my part, I was claimed by a dear Roman Catholic friend in college. He was the first friend I prayed with, both formally (the Office; the rosary) and informally (in the evangelical style). He introduced me to ecumenism; Pope John Paul II’s profound encyclical Ut Unum Sint had just come out and he shared it with zeal! He changed my life.

Ever thereafter, I could not think of my own Christianity or of the Church apart from Roman Catholics. In graduate school, I spent ten years — at Yale and Notre Dame — praying, studying, and sharing every aspect of life with dear Catholic friends. As we did so, we grew to love one another’s traditions, and more than that, to count our ecclesial problems as common. We shared texts and refined arguments. We disagreed, pushed and pulled, scaled back earlier claims, and zeroed in on persisting questions. We came to see ourselves as members of the same, wounded body (see: Catechism of the Catholic Church §817).

Fast forward fifteen years and I found myself appointed as a theological consultant to the Anglican-Roman Catholic dialogue here in the U.S., as a representative of my own Episcopal Church. See here for some sense of the work, its history, and aims. The work continues, and is now focused on reconciliation as a broad and rich theme, incorporating Scripture, society and race, divisions among churches, and the sacrament of reconciliation. We are one year into what will be, most likely, three or four years together as a group of scholars and church leaders—a dozen or so in all—who will meet twice yearly for two-day periods of intensive study, prayer, and discussion. For each meeting, papers are prepared in advance, and then discussed. In the end, we will write a statement that, we hope, will set forth new assessments of problems at hand, suggest new ways of approaching our differences, and describe various challenges at hand both honestly and faithfully. We will seek not to paper over disagreements—not only between our churches but among ourselves as representatives of them. We will pray that our time is well spent, and fruitful spiritually for our own lives and for the churches we represent.

Please join us in prayer! And share with us your own experiences of ecumenical encounter, your questions, or your suggestions for our work. We would love to hear from you (please see author bio below for contact information).

[1] Ut Unum Sint (1995), §35; cf. §§48, 82-84. The phrase “dialogue of conversion” is John Paul II’s own, first employed at §35. He puts it in quotation marks, presumably because he intends it as a term of art—as §82 suggests: “The Catholic Church must enter into what might be called a ‘dialogue of conversion,’ which constitutes the spiritual foundation of ecumenical dialogue.” Cf. Paul VI’s 1964 encyclical Ecclesiam Suam for the phrase “dialogue of salvation,” used at §§70-77. The latter are not explicitly ecumenical, but he broaches ecumenical dialogue later, at §§109-12. 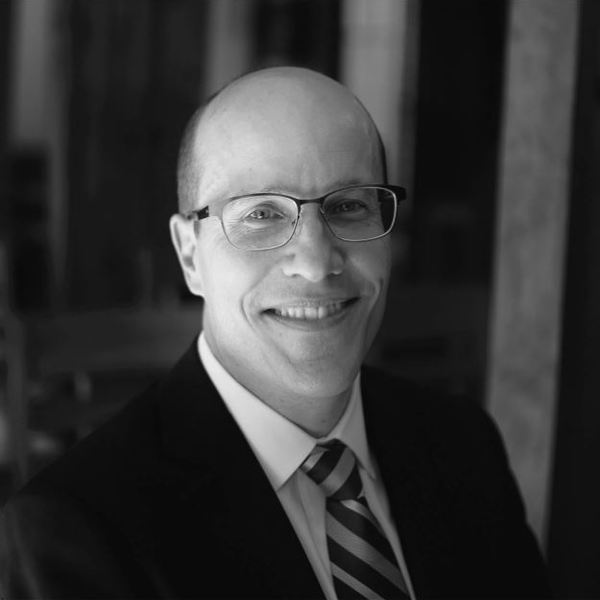 Christopher Wells (Notre Dame PhD, 2009) is executive director of the Living Church Foundation. He may be reached at cwells@livingchurch.org.