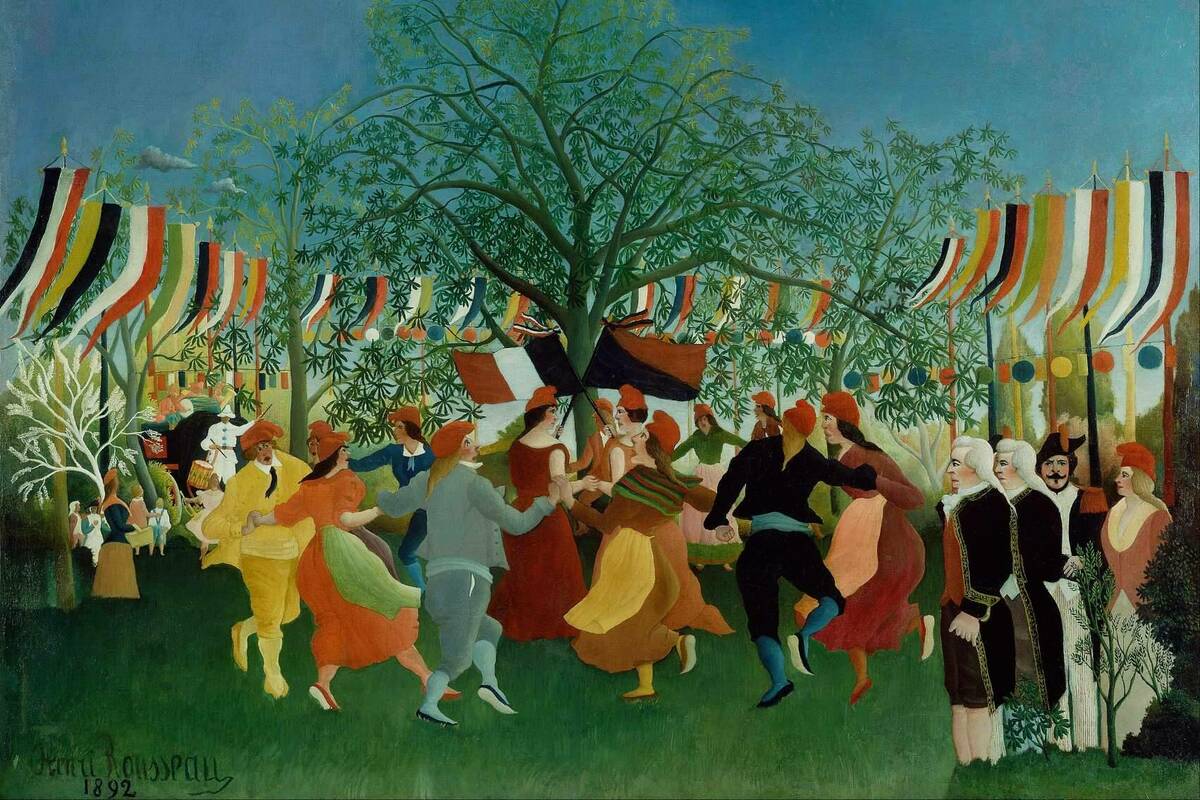 The French Revolution, which began in the summer of 1789, famously proclaimed the new creed of liberty, equality, and fraternity. Over the next several decades, this creed spread as a revolutionary force from France to the rest of Western Europe, and soon enough to the Spanish and French colonies in the new world. Inside this French model, the revolution insisted that the state has a monopoly on fraternity. What followed was a brutal campaign to suppress human associations that are not modeled directly on or emanating from the state.

A few well known examples suffice to make the point. Decrees from the revolutionary government prohibited, under criminal law, the taking of solemn religious vows. Monasteries and Congregations of women religious serving in hospitals and schools were shut down. Bishops and clergy were required to take an oath to the state, affirming that the status of clergy as mere civil servants.

The most basic unit of society, marriage, was made a civil contract—the inclusion in 1793 of the first law for no-fault divorce ensured this was the case. Even Catholic lay sodalities were forbidden as a threat to the all encompassing nature of the State. Article three of the French Declaration of the Rights of Man and of the Citizen proclaimed in a definitive manner that “The principle of any Sovereignty lies primarily in the Nation. No corporate body, no individual may exercise any authority that does not expressly emanate from it.”

Conversely, it would be overstating the case to say that Catholics at the time totally opposed everything about this new movement. Before the Monk Barnaba Chiaramonti became Pope Pius VII and was kidnapped by Napoleon, he was made the Cardinal Bishop of Imola in Northern Italy. On his official office stationary he had inscribed a variation on the revolutionary them, “Liberty, Equality, and Peace in our Lord Jesus Christ.”

Whether the soon to be Papal prisoner of the French State was representative of the majority of Catholics or not, his sentiment reflects a more foundational fact. For Catholics, it was not liberty or equality that was the main issue, it was the totalitarian concept of fraternity, expressed in word and deed, by the revolutionary government.

Indeed, for the next two centuries, this kind of revolution always had as its target the rich multiplicity of human societies: from marriages to churches, from charitable associations to schools and clubs, and even to economic corporations, no facet of human community was considered out of bounds. Not even the potentates of ancient history ever tried so thoroughly to shut down and replace the major organs of human association. The French experiment in 1789 was repeated all over the world well into the twentieth century, and continues even today.

But even so, the world was aghast at the events in France and the late eighteenth century. Who could believe that human flourishing is achieved only by membership in one society? Who could believe that the myriad and overlapping organizations that comprise civil society were allowed to exist only as reflections of that state, with everything else being relegated to the private sphere?

It was in the face of these movements, beginning in the late eighteenth century and continuing well into the twentieth century, that old-fashioned liberals and conservatives were in agreement—perhaps the last time an agreement of such magnitude obtained between the two camps.

State monism, they concluded, is a disaster, and therefore a need to emphasize intermediate societies between the individual and the state became of paramount importance. Liberals tended to emphasize the role of associations as a check on state power, and conservatives, for their part, often emphasized the sanctity of certain kinds of societies. Nevertheless, for both camps, it was a matter of common sense that the individual is brought into the world through more than one social relationship. There was a common sense understanding that most of our lives are played out by doing things together.

For his part, Aristotle argues that, in the human world, friendship is the greatest happiness. The gods may have no need of friends, but we mortals can only realize our greatest potentials through friendship. Christianity of course puts a new spin on this, as the rightly famous John 3:16 proclaims.

Indeed, the Apostle John makes mention of the many ways God’s love breaks the old pagan divide between human and divine precisely in the framework of friendship. Beyond the monumental testaments to this fact in the Incarnation and the Crucifixion alone, in calling his disciples friends, insisting that his commands should be done out of love, and binding to love one another—all speak to this revolutionary way to understand friendship.

Christianity deepened and widened the domain of the bonds of friendships, precisely because friendship could now include the divine. The divine, out of pure charity, without any need or compulsion, takes his place with men and women in friendship. So, when we talk about associations that exist in between the individual and the state and the fact they are grounded in the importance of friendship, this is not a small matter. The divine has blessed the necessity of considering where and how the multitude of friendships in a society exist. Under that consideration alone, the state cannot have a monopoly on intermediate societies.

This is one conclusion I want to draw from this point. Whereas classic liberalism in its nineteenth century iteration wanted to emphasize the importance of societies outside the state to check the its power, the Church had another reason in mind.

For the de Tocqueville and Mill, these societies run interference for individuals as it were. The Catholic tradition, while admitting that this is to some extent true, insists that the more important part of societies that exist outside the state is that they are sites of human flourishing. They are not simply efficient at checking power, they are truly sites of human joy.

In another essay, I pointed out the most important of these societies, which I have dubbed the three necessary societies: domestic society, polity, and the Church. They are necessary because without them, there cannot be human flourishing. Now, of course, there are many other societies and associations between the individual and state, and it is to those societies we will focus for the rest of this essay. These intermediate societies are more voluntary, and I would say, less necessary. Nevertheless, they are very important because they bring out some of our most complex talents gifts and generosity.

The aforementioned domestic, political, and ecclesial societies are the chief social legs of human flourishing. We could even say that they are the organs of human flourishing, because they unite necessity and excellence together in some way. A husband and wife together with their children, for instance, are members of a family, citizens of a particular state, parishioners at a particular church. And without prejudice to any of these memberships, they are able to have a common life. But what is it that links these various organs together?

On the ground in the real world, at least in a relatively well-developed and complex society such as what we have had for centuries, it is the very voluntary associations, so adamantly suppressed by the totalizing state, that do exactly this. They are gateways into membership in the three necessary societies. They provide the connective tissue that often joins together the three necessary societies in one place.

So, to return once more to the image above, if the three necessary societies are the organs, then the voluntary associations function like the lymphatic system. They are a system that does not replace the main organs, but ties them together. They are social formations that not merely intermediate between the individual and the state, but much more than that, intermediate between the three necessary societies. 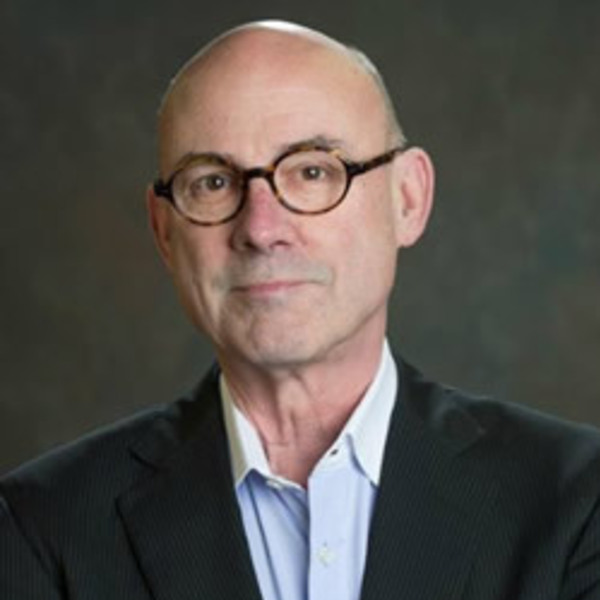 Hard Lessons for the Medical Frontlines

Bonner and Collier on what medical educators owe their students after the pandemic. 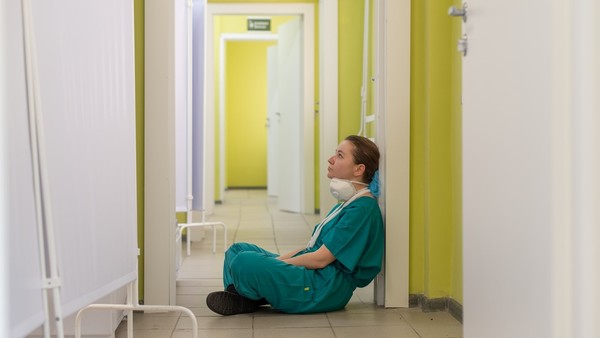