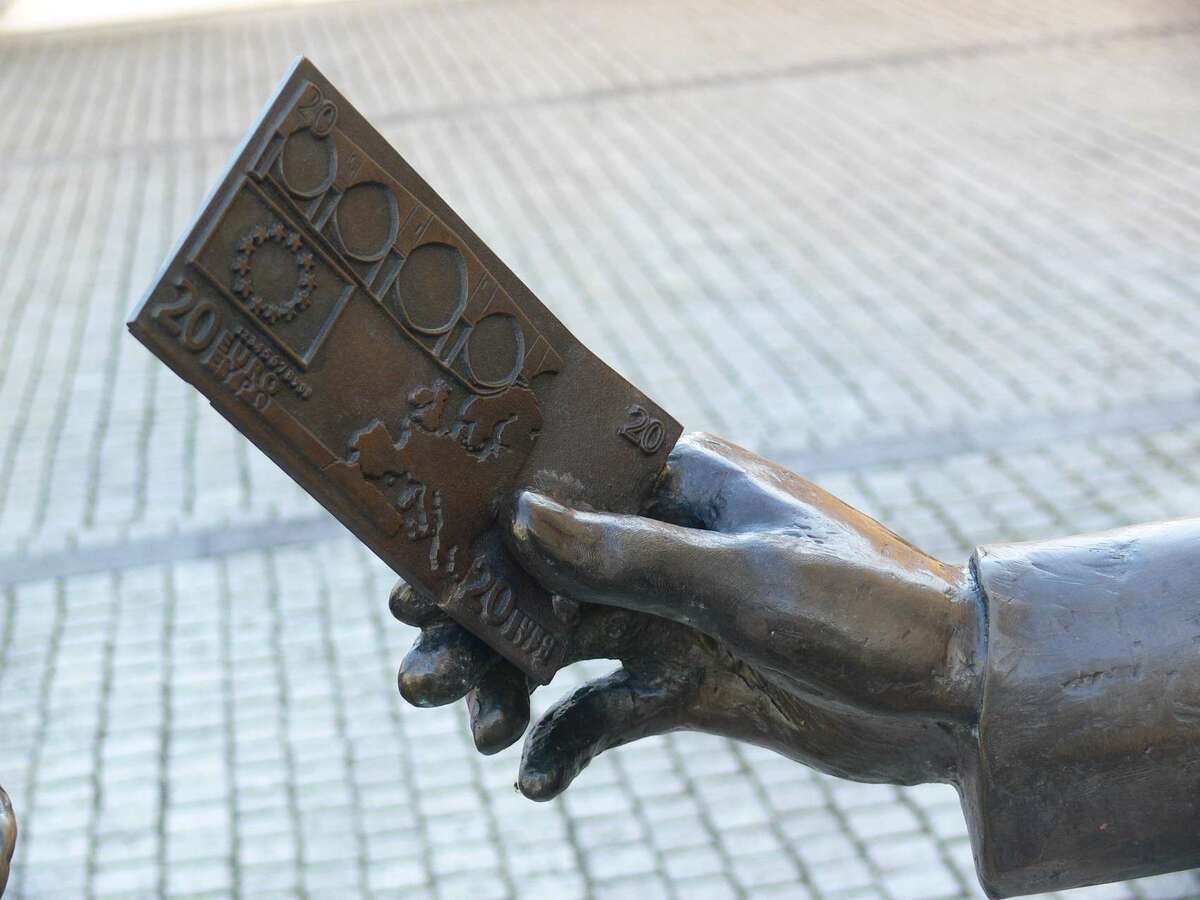 Eugene McCarraher, in a prophetic voice that captures the deranged spirit of the age (and the Partristic critique of it), writes in his The Enchantments of Mammon:

The grotesque ontology of scarcity and money, the tawdry humanism of acquisitiveness and conflict, the reduction of rationality to the mercenary principles of pecuniary reason—this ensemble of falsehoods that compromise the foundation of economics must be resisted and supplanted.[1]

This sentiment—the dissatisfaction with the what Karl Polanyi describes as the subordination of society to the requirements of market mechanism[2]—is a growing one. How this sentiment fits into one’s general worldview, or how it manifests itself in one’s conception of the world, will depend on how one approaches the subject of political economy, what conceptual tools one has available.

I would like to present what I believe is a uniquely Christian approach to a critique of political economy, as can be represented in the thought of three patristic thinkers: Ambrose of Milan, Basil of Caesarea,[3] and John Chrysostom. Unique in that it has different foundations, and thus a different framework, than most contemporary approaches to political economy, which often come from a broadly neo-liberal framework, or a broadly Marxian framework, both of which are grounded in the enlightenment liberal tradition.

As opposed to approaches to political economy derived from classical liberalism—such as the Lockean state of nature of the free individual,[4] or the Hobbesian war of all against all[5]—this Christian approach starts with the world as created by God. This starting point insists that the world has a telos, which is love, that plays itself out in creation in that the world is created purposefully for the enjoyment of all. It is a view of the world as being one of plenty for all,[6] and a world of primordial communism: a world common to all, for all to share and enjoy.[7]

The “state of nature” is that which God created the world for: that of mutual aid and sharing.[8] It also insists on the absolute and innate value of the human being.[9] Private property can therefore only exist by excluding people from parts of the world which were originally common, which—since the world was made for all to enjoy—would be a form of theft, a form of violence;[10] both originally in the establishing of private property, and in its continuation: the accumulation of private property deprives from mankind what is rightfully common for all.[11]

Not only does private property derive from violence, it encourages violence and conflict (manifest in market competition), since it pits individuals against each other to enclose for themselves as much of the world as they can lest they be left behind and thus deprived of the world. It splits up the world into “mine” and “yours,” and what is yours cannot be mine, so I better make it mine.[12]

This approach also views individual desires as either ordered or disordered when compared to the telos of creation which is God’s will. If one lives one’s life for others, one is truly living as a human.[13] One’s production must be for others’ needs if one is to truly benefit from one’s production.[14] The purpose (and joy) of production is the caring for the needs of others. Therefore, anything one has beyond what he needs is illegitimate and immoral,[15] and ought to be distributed to the poor regardless of any virtue; simply on the grounds of their need.[16]

The obligation to share with those in need is primary, it is not chosen or decided on, since what is private property is derived from what is originally (and morally speaking) theft.[17] To not share would make one responsible for the effects of the deprivation that could have been relived, it could even make one a murderer if someone starves while you have a surplus of food.[18]

With the establishment of private property, the splitting up the world into “mine and yours” comes avarice: the accumulation of private wealth, “mine” over “yours.” This avarice is considered by these patristic thinkers as a pathology. The avaricious person is someone who is tormented by their desire to keep their revenue flowing, to keep growing their enterprise,[19] leaving them in a constant state of anxiety, acting as though they were desperately poor, even though their desperation is just a matter of securing and expanding their accumulation.[20]

In fact, market calculation itself is pathological, since it leads one to be constantly judging one’s surroundings, not based on the well-being of oneself and others, but rather on how to profit from one’s surroundings. This makes the avaricious view a state of abundance where people are satisfied as a disaster, since it deprives them of the opportunity to profit from the desires of others through the production and selling of commodities.[21] Abundance is both the goal—in private accumulation—but also a catastrophe if it is for all such that they no longer need to consume commodities.

Avarice and market calculation feed into each other, for example, a banker will always be calculating what they could have gained, or what they will gain in the future with what they have gained up to now, the calculation can always be improved, and it must always be planned, thus the avarice person is never content, they are made miserable by their abundance.[22] The pathological nature of this is apparent in the fact that the avaricious person is constantly concerned with controlling the uncertain future so as calculate how to extract further wealth, whereas he is blind to the suffering caused here and now.[23]

Everything becomes reducible to profit: grain no longer is something which one bakes into bread, wine is no longer something one enjoys with friends, rather, it is a price and potential profit.[24] This pathology ends up destroying human relationships, as it pushes away neighbors as one replaces human relationships with property relations, and hides the interconnected dependence humans have with each other, and with nature.[25]

These pathologies not only affect the avaricious person but everyone else, since if everything becomes a commodity to be bought and sold, those who are the victims of accumulation and avarice (those who end up as wage laborers, who end up in debt, the poor, and so on) end up having to play the same game of accumulation as the avarice so that they do not end up being further dispossessed.[26] This game can never end, because there is always someone wealthier, and there is always competition which they can lose; thus they never actually can enjoy their wealth, but they are always desperate to accumulate more.[27] This again, just feeds into the social pathology, an “insatiable whirlpool” that grows in violence the more it devours.[28]

Usury is a uniquely pathological phenomenon for these patristic thinkers. Usury is the trafficking in the calamities of others, situations which call for mercy, are met with a response that not only profits form the calamity but makes the calamity worse.[29] This perversely puts the usurer in the position of seeking out deprivation and desperation, not to alleviate it, but to profit and deepen it.[30] This feeds into avarice, in that the usurer profits without labor, without production, but merely with money making money, and thus the only limit to accumulation is the amount one can lend out, and the more one lends out, the more profit ones makes. Profit from usury leads to the ability to make more profit (through having more money and the deepening of desperation which usury can exploit), without end.[31]

The logic in this kind of approach, I submit, is unique and closer to the truth than the liberal (Marxist, neoliberal, and others) approaches. It anticipates Marx’s insights about commodity fetishism, alienation, and the conflict between exchange value and use value, but it—correctly—understands these issues as subsumed under moral considerations related to the created purposes of God—the abandoning of which leads to pathologies and misery—not merely as contradictions to be resolved through history.[32]

Human consciousness is not simply subsumed under the forces of production, waiting to truly free to create their own world; [33] rather, people are made in the image of God, imaging God in the world which God created out of love, and with the purpose of love. The neoliberal approach wrongly assumes that desires are, a priori, neutral,[34] and that the market is simply a balancing of conflicting desires,[35] and that market outcomes are self-justified as well as the private property needed for markets.[36]

The patristic approach, on the other hand, orientates everything to the telos of creation, and the market is the result of opposing the telos of creation, bringing with it all kinds of pathologies and disorders in the human soul and in human relationships. Humanity’s disordered economic pathology begins with the establishment of private property, once mankind splits up the world in to “yours” and “mine,” they set in motion the accumulation of property, the exclusion of others, market exchange which brings the commodification of the world, avarice, usury, and exploitation; and this destroys the beauty of mankind as the image of God and the beauty of creation. Ambrose sums up the patristic critique of political economy thus: “You [the rich] ruin the beauty that belongs to others and acquire none for yourself.”[37]

[1] McCarraher, The Enchantments of Mammon, 16

[11] Chrysostom, Homilies on First Timothy, 12; Chrysostom, Sermons on the Lazarus and the rich man, 2; Basil, I Will Tear Down my Barns, 7.

[32] Marx, A Contribution to the Critique of Political Economy, Preface. 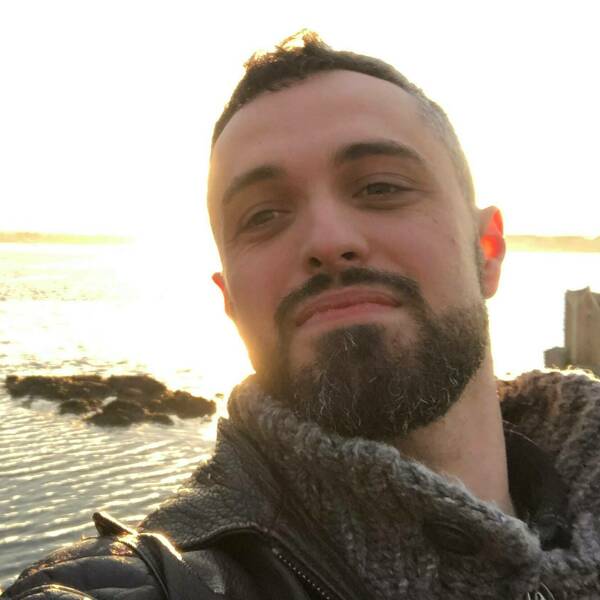 Roman Montero is an independent scholar whose work focuses on Early Christian sources. His most recent book is Jesus's Manifesto The Sermon on the Plain.