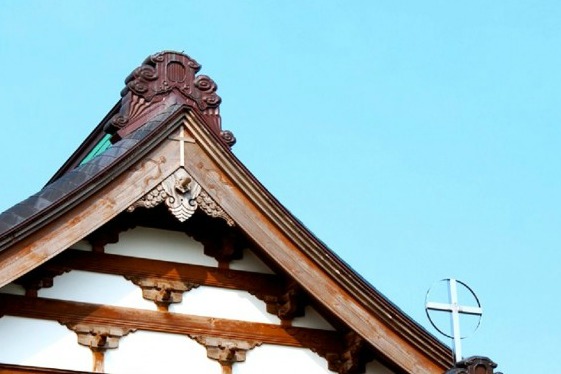 The Jesuits left Japan in 1587. Shūsaku Endō published Silence in 1966. Martin Scorsese read it in 1989 and now releases, 27 years later, the movie he has wanted to make ever since. Why drag a story from distant history to examine today? Scorsese’s Silence raises so many issues it’s hard to choose one. It made me consider:

So a little of each. Silence traces Fr. Sebastiao Rodrigues (Andrew Garfield), a young Jesuit who goes to Japan searching for his mentor, Fr. Christovau Ferreira (Liam Neeson). Ferreira has allegedly apostatized, permanently betrayed his once viral faith and has since been living as a Japanese man with a Japanese wife. Rodrigues and fellow priest Francisco Garrpe, convinced this is a lie, want to find the man who inspired them.

Japan reveals the prideful underbelly of Rodrigues’ zeal. Their translator Kichijiro (Yôsuke Kubozuka) introduces them to clandestine Christians, literally starving for the sacraments. Yes, literally. In reckless gratitude, they give him their meals even when they’re prisoners. While they say grace, he gobbles up the food because he forgot to pray. He’s gracious, but doesn’t mind if his stomach ends up starving them.

He thinks the world revolves around him. He imagines Christianity will die without him there. But those communities actually existed—they kept the faith intact without priests well into the 1800s. Only once do the Christians eat at the same time he does. At Mass.

Both the book and film run on the question: what would I do? The Christians are asked to trample on a fumie, a metal image of Christ or the saints. The soldiers torture those who refuse. Rodrigues is told: step on the image and they can go free. Will his prideful perseverance cost them their lives? Should he betray? Why doesn’t God do anything?

Scorsese makes the viewer feel Rodrigues’ isolation. Almost all of the film's music comes from the characters, singing as part of the action. So for the most part the viewer hears only what Rodrigues hears. Soundtracks can intensify a mood, but they also layer an artificial experience that can separate viewers from characters. Scorsese and composer Howard Shore made a powerful choice.

Much is shot from a distance. Rather than distancing the viewer from Rodrigues, it reinforces how faraway he feels from the people and land around him. Other shots zoom in on individual characters; the stark, symmetrical shots oppose them with the world behind them. In the jail scenes, the bars often obscure the view.

But the film fails in one major respect. These sensory details don’t fully get us inside Rodrigues’ aching, doubting head. In Endō’s book, God’s silence is devastating. In his heart, Rodrigues’ prayers come back to him empty. Rodrigues even commands God to rescue the Christians. Outside, God doesn’t end the Christians’ suffering. He hears, feels, and sees nothing. God’s silence ravages the love he once felt for God.

The prolonged anguish crescendos until Rodrigues' mind becomes an echo chamber, his options reverberating too quickly even to distinguish them. Rodrigues and the reader share several crucial, horrifying realizations about Rodrigues’ captors that bit by bit drive Rodrigues onto the cross of almost insane despair.

In the movie, Scorsese blunts these realizations. Rodrigues utters some perfunctory “Why, God?”s. But there’s little of the searing turmoil that leads him to those words. The lengthy movie speeds up then, as if uncomfortable.

The difference between Shūsaku Endō and Martin Scorsese is the cause. Endō wrote Silence as a Japanese Catholic wondering if Catholicism could ever flourish there. Scorsese, a “lapsed” Catholic obsessed with Catholic themes, lets the conflict become an abstract “problem of evil.” In the usual philosophy class formula—“If there’s a good God. . .”—God becomes a sanitary hypothesis. The if conveniently absolves Scorsese and his viewer. The result is we forget that to Rodrigues God is a friend. Then suffering is not a puzzle to muse about. Its existence threatens everything he lives for.

But suffering is not the story’s main question. In other areas, Scorsese does take Rodrigues seriously. Scorsese is asking himself what it’s like to be Christian in a world that doesn’t understand you. He is empathizing the way the book prompts, to the film’s benefit. What would I do?

Silence is a film for a world wondering just how pluralistic it should be. Do people with exclusive truth claims belong here? It deals with a world that tells people they can change their outside while staying true to their inside. The guards tempt Rodrigues: I mean, it’s just one little step on a picture, right? It sounds familiar. Your faith is way too deep for providing some reproductive health care to interfere with your powerful love of Jesus. How could something so puny change something so deep?

Garfield too has also been asking himself difficult questions. He made the eight day Spiritual Exercises while prepping for the movie. What did he feel? “All this longing to spread the teachings of Christ, which I truly started to adore” (The Hollywood Reporter). In The New York Times Magazine he said, “I don’t think I am called to be a priest . . . but I had the feeling I was called to something.” And in Vogue: “There were moments where I thought, Maybe I could do this . . . But I knew that I wasn’t ultimately built for it. I probably enjoy sex too much.”

Method acting is not sympathy. It’s changing yourself experimentally for the sake of art. Christianity has the power to change you authentically. Playing the Joker doesn’t. Endō explored the specter of doubt that always surrounds faith, but Garfield’s experience bears out Scorsese’s flip side: faith is always haunting doubt. Both priest and actor must always wonder, What if he’s right?

Silence relentlessly demolishes you with questions. What to do with them? The one thing you can’t do is shut them up. Both art and Christianity today have to keep asking people questions they think they’d rather not hear. Sam Schube at The Ringer wants Andrew Garfield to keep asking big questions, but “preferably in 15-minute interviews in random hotel rooms.” Some people think “lapsed” Catholics shouldn’t make movies about Jesuits. I wouldn’t want anyone else.