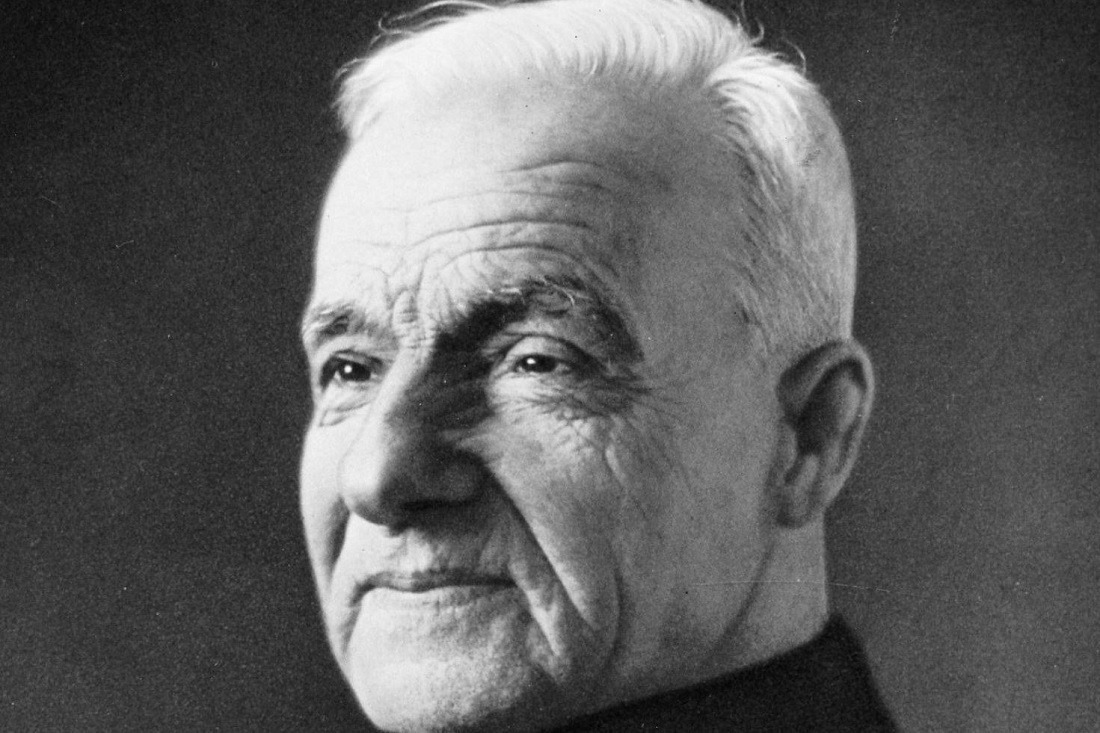 For centuries, January 6 has marked the celebration of Epiphany, and many Christian communities throughout the world will still observe that feast today. However, for dioceses within the United States, the celebration of Epiphany has been transferred to the Sunday after January 6. To weigh the merits and demerits of that decision isn’t the purpose of this post; rather, it’s to consider the man whose optional memorial we in the United States are invited to celebrate this January 6: St. André Bessette, C.S.C., who entered eternal life eighty years ago today.

For those of us at the University of Notre Dame, St. André Bessette holds a special place as the first saint canonized from the Congregation of Holy Cross, the order which founded Our Lady’s University. St. André is a particularly poignant model of sainthood for those who mistakenly believe that sanctity is synonymous with success (a trap into which many of us in academia often fall). Indeed, the eyes of the world, St. André’s life could hardly be called successful, but through the grace of God, St. André found a different kind of success precisely in accepting the humility of his circumstances as gift, and won the crown of sainthood through his unfailingly generous response of obedient faith.

Before he became Brother André, C.S.C., he was Alfred Bessette (b. 1845), a poor boy of Quebec, orphaned at twelve who was chronically ill and received almost no formal education. By the time he arrived at the Congregation of Holy Cross in 1870, the twenty-five-year-old's lack of extensive intellectual formation made him an unlikely candidate for an order whose charism is education. And yet, the Congregation of Holy Cross accepted this man of simple and profound faith, sending him to Holy Cross College in Montreal, where he served as porter for nearly 40 years—greeting visitors at the door, making them feel welcome, and showing them where they needed to go. Brother André undertook his lowly role with the humility of St. Joseph, the saint to whom he was most devoted and most sought to emulate, and to whose intercession he constantly bore witness. Not only that, but Brother André also had a joyous and even humorous view of himself: according to one biographical account, he joked, “At the end of my novitiate, my superiors showed me the door, and I stayed there for forty years.”

It was undoubtedly the combination of deeply-rooted faith and irresistible joy that drew people to Brother André. To those who came to his door, he was much more than a mere porter. He welcomed those who were searching, counseled those in distress, prayed with and even healed those who were sick. Still, in his characteristically humble way, Brother André—eventually dubbed the “Miracle Man of Montreal”—redirected the glory many sought to bestow upon him, crediting St. Joseph’s intercession with the healings that took place on his doorstep. Like the earthly father of Jesus, Brother André embraced the lowliness, the hiddenness of his life. He never sought to rise above his station as porter; he never complained; he never compared himself to his fellow Holy Cross brothers whose intellectual abilities exceeded his own. Instead, as Pope Benedict XVI affirmed in his homily for the canonization Mass, St. André expressed his faith by “submitting purely and freely in love to the divine will.” He wholeheartedly embraced his identity as a beloved child of God created in the divine image and likeness, and he rejoiced to live out that identity in hiddenness for love of the One who made even the smallest of creatures, who chose to become hidden himself, veiling his glory by taking on our flesh in Jesus Christ.

Like his contemporary St. Thérèse of Lisieux, and like St. Teresa of Calcutta after him, St. André Bessette is a vivid reminder that, to become a saint, one need not do great things, only small things with great love. And yet, the small things Brother André said and did out of love for others and for God, taken together over the course of a life of fidelity to the Gospel, have added up to great witness of holiness that has impacted millions of people throughout the world. What is ironic and yet somehow also fitting about St. André is that even his feast day is a mark of his hiddenness. André Bessette, C.S.C. died on January 6, which is why this date was chosen for his feast, and while his feast may not be celebrated today everywhere in the world, in the very hiddenness of his life, the glory of God became manifest, and this is exactly what the Church celebrates on the feast of Epiphany—the glory of God made manifest in Jesus Christ, joy and model of all the saints.