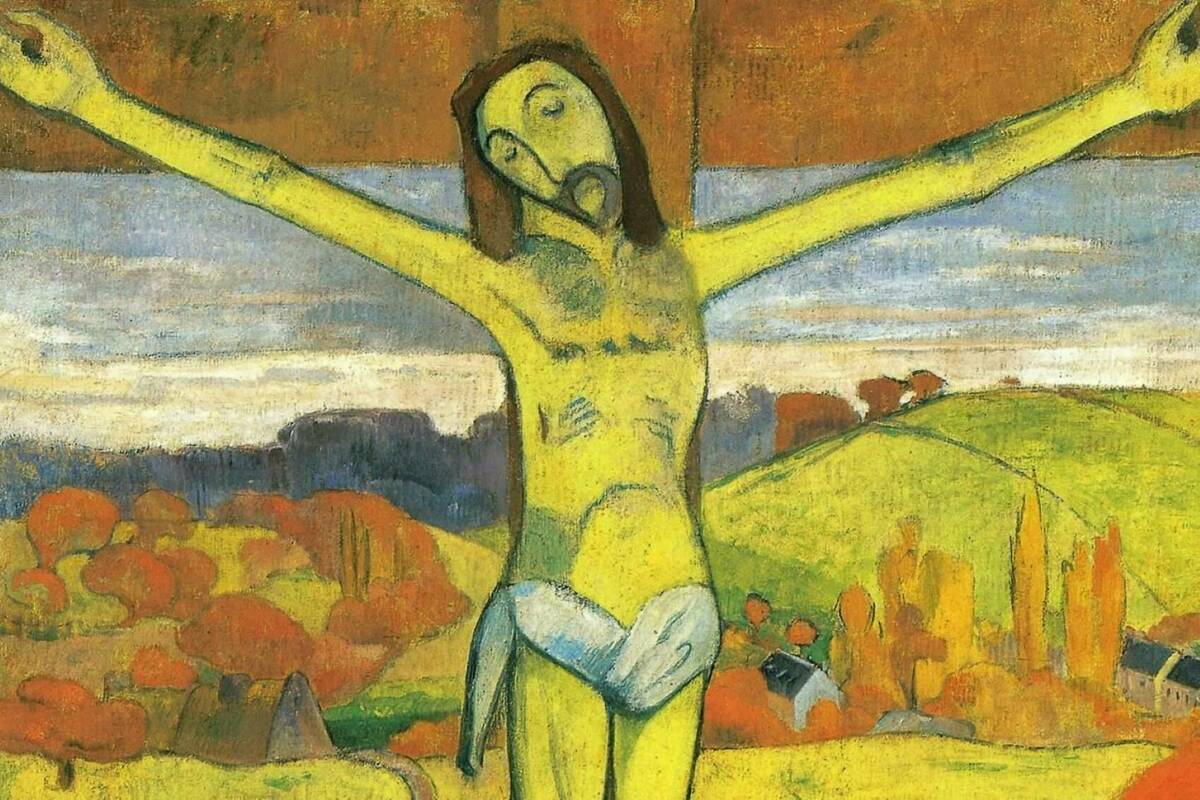 It is a fact that theologians and theology departments in Catholic institutions of higher education struggle to justify their existences before their colleagues and before the world. Many a genealogy has been written to trace the blame for our dire circumstances. What follows below is not another one.

Instead, I make an argument about what Catholicism intends in its faith, about what its institutions therefore intend with it, and about what theology is and means for a faith with institutions built on such intent. It is a kind Collect for the beginning of a divine task accomplished only together. It is meant to be compact. It is meant for meditation. For what it gives is not a set of practical tasks, but a set of reasons to act, reasons to act in ways that rise responsibly to their situations.

In practical terms, in terms of brass tacks, Catholic theology departments are shrinking, Catholic colleges and universities are closing, and Catholic theology requirements for attending students regularly face the chopping block. I know of no way to confront such realities without searching out the marrow of Catholicism, of sourcing it again, in a ressourcement that is also a révolution. A revolution, argues Charles Péguy, “is a call from a less perfect tradition to a more perfect tradition, a call from a less deep tradition to a deeper tradition, a reversal of tradition, a going beyond in depth.”[1]

For Bernard Lonergan, what Catholics today believe is not different, but the world within which such faith believes is different.[2] Lonergan saw this crisis as a divine calling, a calling to proclaim the faith fixed forever upon the Trinity in this, the nighttime sea that is all human history, ad maiorem Dei gloriam. The fixity is God’s; the movement in the night is the pilgrim Church’s; their communion with one another in us, who are the Church in its pilgrimage, brands each new hour with the newness that does not die, that overcomes death itself. “Our course is in the night,” Lonergan says, “our control is only rough and approximate; we have to believe and trust, to risk and dare.”[3]

Readers will discover that I sharply distinguish between theology’s contribution to Catholic institutions and those various contributions that other disciplines make to Catholicism, Catholic reflection, Catholic tradition. I do this partly for reasons of strategy, as theology’s tasks have been increasingly lent to and replaced by other disciplines and departments over many decades and in many different ways, across many institution types.

This lending derives some of its power from theology itself, which perpetually borrows from the things of the world to say things about God, and about God as present in the world. But I make my sharp distinction for methodical reasons, too. Theology’s borrowing is not to be understood as if theology were not its own discipline with its own horizon of questions, very real and very particular and very exacting, wondrously built on an impossible straddling, a double intention, a stereoscopic vision, of the world and of the God who is not the world, not of the world, not an object in the world, not an object at all.

I do not desire a Catholic theology that is only a dogmatic theology. If I seize on what makes theology uniquely an expression of and a commentary on what is unique in the Christian claim about God and human history, it is because this uniqueness is what animates all theological borrowing, whether of Plato or of historical science or of psychological science. Not every theologian is a figure of dogmatics. But every theologian is a figure in whom, as Maurice Blondel says, dogma is literally practiced.

The Christian spirit itself is the unity of dogma and history through literal practice.[4] And it is the theologian who reflects on the divine revelation that is literally practiced—in all its forms, in all its times and places, in all those in whom grace and thought unite in a shared life, most of all in the life and the death and the resurrection of Jesus Christ.[5]

The theses are meant to be understood together. They build in a logical succession, but in such a way that each new thesis contains the others. Thus, the first set of theses anticipate the appearance of theology; thus the last thesis cannot be understood without the first. The design intends a “yes, and” between each pause in the argument. No move is sudden or from the air. I say this in order to emphasize how the turn to history, to people of color, to the oppressed in the seventh thesis is self-coherent, with a Catholic self-coherency. In that sense it is not a turn at all, but the realization of an eternal, divine meaning for history in the present hour. But I also say this to emphasize how I speak theologically from beginning to end, articulating theological meanings.

I am aware of the secularizing impulse that would “read” this Catholic concern for justice with an eye only for what it understands, thus silently removing the head from an entire body of religious thought. I am equally as aware of the jealous tenacity (often enough my own) that would resist all mention of race, colonialism, “identities,” and so on as foreign ephemera. But Catholic reasons, says Blondel, must be simultaneously “of a supernatural order and of a natural order,” in what he calls a Catholic “double faith.”[6] Thus worldly struggle and divine grace meet, not as strangers, but as intimacy: in the interior coordinates of nature’s secret desire for its supernatural destiny.[7]

In faith, hope, and love, the Catholica is the unity of countless ages and their faces, and it is summarized by none. For all is summed up by the Word of the Father, he who in the Spirit became flesh, died, and rose again. “Certainly Christianity is also a religion of the redemption of the world,” says Hans Urs von Balthasar. “But strangely enough, it does not proceed by fleeing from suffering upward, or downward, or ahead, but by affirming the world as it now is, from God.”[8]

[5] Maurice Blondel, “History and Dogma,” The Letter on Apologetics and History and Dogma, trans. Alexander Dru and Illtyd Trethowan (Grand Rapids, MI: Wm. B. Eerdmans, 1964), 287: “The synthesis of dogma and facts is scientifically effected because there is a synthesis of thought and grace in the life of the believer, the unity of man and God, reproducing in the individual consciousness the history of Christianity itself.” 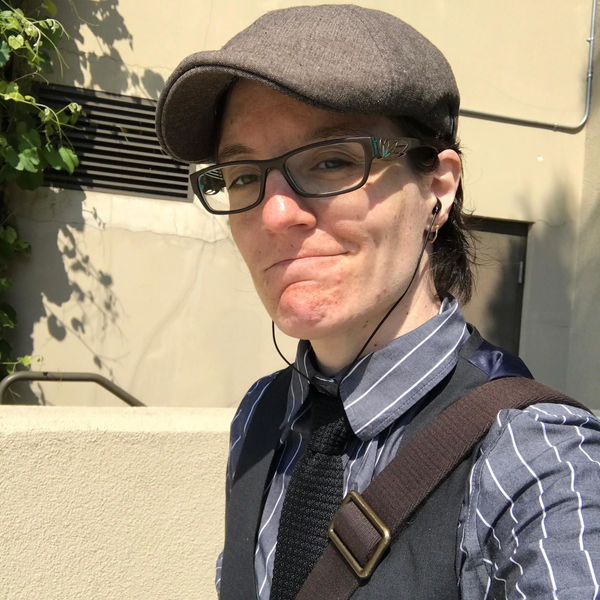 Anne M. Carpenter is an Assistant Professor of Theology at Saint Mary’s College of California. She has written scholarly essays on liturgy, metaphysics, phenomenology, monasticism, and theological aesthetics. Her book Theo-Poetics: Hans Urs von Balthasar and the Risk of Art and Being was recently published with University of Notre Dame Press (2015). Her current work has focused on theologies of tradition, recovering the thought of Maurice Blondel, and other topics.

Not Two Things: Introducing the Incarnation in Eight Steps 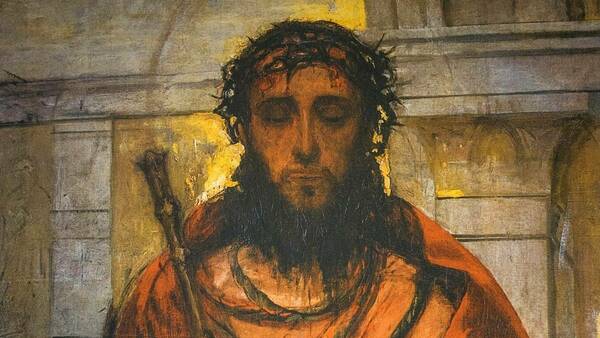