so much depends
upon

beside the white
chickens


Excuse me? “so much” depends upon a red wheelbarrow? What’s so vital in a garden tool? And be clear: what depends upon this red wheelbarrow? Some larger elided narrative? The safety of the white chickens? What a strange poem; indeed, what a strange sentence. Yet, a simple poem, child-like even. And one which contentedly—if not playfully—eludes “explanation.” The wheelbarrow is simply there in space and time: a random and remote yet unrepeatable moment, as thin and ephemeral as the glaze of rainwater, and localized only by a spare preposition—“beside” the white chickens. And still, we wait in suspense, so much of ourselves now dependent upon the enigmatically and charmingly resistant meaning of sixteen words. And yes—we can speculate—the form of the poem bears heavily on the content of the poem, speaks elegantly to our dependence upon language, word by word, to make sense of anything in this world. But again, what a strange poem if it were explicable only as some meta-poetic flourish.

I offer this small excursion into poetry as a way to introduce the larger aim of this series of posts, which is to explore the relationship between religion and the arts. I apologize that already I’d like to qualify this aim. “Explore” might appear too academically formal, as if “exploration” were predominantly a conceptual activity, and my thoughts here a kind of distanced or disinterested attempt to synthesize the two fields of study. Instead, I hope that these reflections will be inspired by the kinds of exploration that defined moments of our childhood: in my case, the energetic peddling of a bicycle towards the blurred world rushing by; the confident plod of rubber boots blazing trails through a nearby creek; even the ritual return to a garden, the search for new sprouts burrowing out of the dirt to meet the sun.

Let the exploratory form of these posts then also serve the argumentative content: my central claim here is that even—and especially—such mundane things as bicycles, boots, and gardens intimately inform one’s knowledge of God. Similarly, the arts (could there ever be a monolithic “art”?) are those vastly diverse human traditions and trades wherein we form and are formed by the created world. With regard to the divine, art is a kind of practiced theology, or in-formed theology: to learn one’s craft and to offer one’s labor as an act of self-gift, creativity as a participation in and thus manifestation of God’s self-giving love. Thus, in one of the most affectionate and stunning passages (to me) of the Bible, the human story begins with God the artist: “then the LORD God formed man of dust from the ground, and breathed into his nostrils the breath of life; and man became a living being” (Gen 2:7). In a final sense, art is a form of self-knowledge: coming to know oneself as created by becoming co-creators, or artists.

But for now, back to the concrete, and back to Williams. In a sense, cannot I too say that “so much” depends upon my standard issue, child-sized rain boots? William Williams thinks as much for an obscure wheelbarrow. So too perhaps we could imagine for Tom Dooley, Notre Dame student and Navy doctor in Vietnam, for whom so much depended in prayer upon the Grotto. In his letter to Fr. Ted Hesburgh (memorialized as a plaque at the Grotto), Dooley interrupts news on his spreading cancer—“acting up” again, he euphemistically reports—to entertain instead theological reflections on the value of religious symbols and the personality of prayer. He writes:

I realize the external symbols that surround one when he prays are not important. The stark wooden cross on an altar of boxes in Haophong with a tortured priest. . . the magnificence of the Sacred Heart Bernini altar . . . they are essentially the same. Both are symbols. It is the Something else there that counts.

But just now . . . and just so many times, how I long for the Grotto. Away from the Grotto Dooley just prays. But at the Grotto, especially now when there must be snow everywhere and the lake is ice glass and that triangular fountain on the left is frozen solid and all the priests are bundled in their too-large too-long old black coats and the students wear snow boots . . . if I could go to the Grotto now then I think I could sing inside. I could be full of faith and poetry and loveliness and know more beauty, tenderness and compassion.[2]


Quite the strong stance to take on theological aesthetics at the edge of one’s life.

Religious symbols, whether humble or lavish, are for Dooley “essentially the same.” Art apparently draws significance from the “Something else there”; that is what counts. And yet, the enigmatic “but”! “But just now . . . and just so many times, how I long for the Grotto.” So much depends, it seems, upon the Grotto too. Not only this, but also upon mundane details of the Grotto: an ice-glass lake, a triangular fountain, overlarge coats, snow boots (I knew boots were important). For Dooley, “now” and “so many times,” his prayer—and without being overly presumptuous, his relationship to God more generally—has been defined by and has depended upon his affectionate memories of the Grotto, commonplace and beautiful. “I could sing inside,” Dooley writes. “I could be full of faith and poetry and loveliness and know more beauty, tenderness and compassion.”

Williams’ poem, in fact, is not too dissimilar from Dooley’s letter, as it too was composed out of affection, inspired by—indeed, dependent upon—his neighbor, an old laborer named Marshall:

He had been a fisherman, caught porgies off Gloucester. He used to tell me how he had to work in the cold in freezing weather, standing ankle deep in cracked ice packing down the ﬁsh. He said he didn’t feel cold. He never felt cold in his life until just recently. I liked that man, and his son Milton almost as much. In his back yard I saw the red wheelbarrow surrounded by the white chickens. I suppose my affection for the old man somehow got into the writing.[3]

In light of this humble fisherman, we can at least wonder: is Williams’ affectionate attention to a wheelbarrow any less prayerful than Dooley’s nostalgia for the Grotto? And are these two relationships of affection significantly different from our fond dependence upon our past memories? To push it a bit further, is there herein suggested, alongside the more concrete artistic trades, an art of memory itself, in how we memorialize and attend to the present through language, informed and memorialized by our gratitude and affection?

All of this, for now, to suggest two things: firstly, that all of how we see, speak, write, remember, and craft the world around us is an artistic activity, or perhaps guilty by association; secondly, that when inspired by and given in love, these everyday arts are sacred, or like Mary are “full of grace,” in that they reveal and revel in that strange act of gratuity which created us and continues to create us, which we name God. 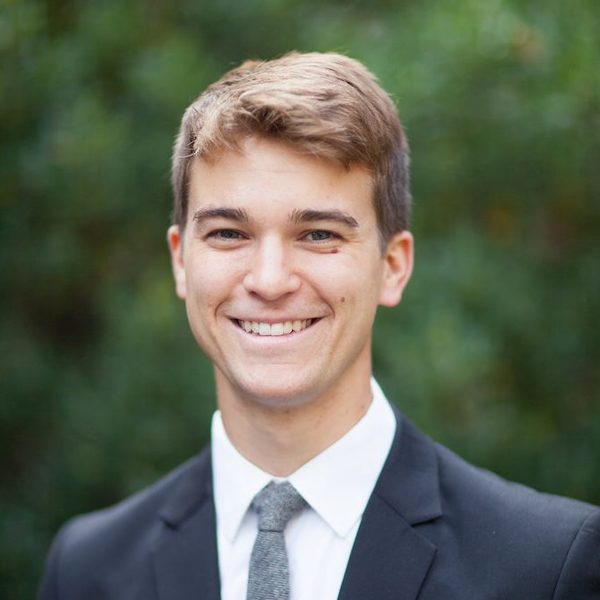 Thomas Graff is a PhD candidate in Theology and Religious Studies at the University of Cambridge. He researches on Augustine of Hippo and Dante Alighieri, and is interested in the relationship between contemplation, literary form(s), and theological reflection.