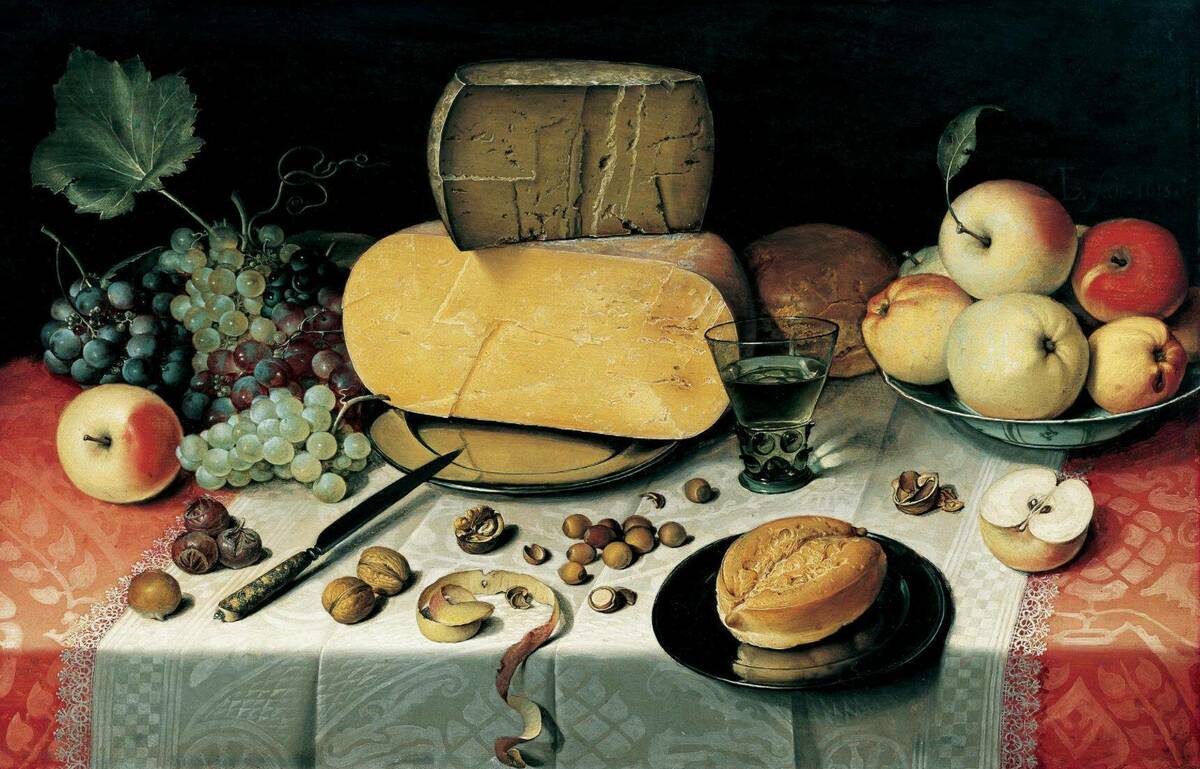 Although not a religious person, I regard the Church as being at times in advance of secular culture in its argument on politics and think this is nowhere more evident than in Laudato Si, which is surely one of the most vital of encyclicals, and by which I have been struck ever since first encountering it. I have been impressed especially by the coming together within it of four key themes, all of which must be given central importance in any argument on the global ecological crisis.

In the first place, there is the emphasis throughout on the role of poverty and the unequal exchange of resources in the creation of the crisis, and on the need to overcome inequality as a condition of any truly sustainable resolution of it. Secondly, there is the repeated recognition of the role of a too exclusively profit and growth-driven economy in the creation and persistence of the crisis—and the need therefore to address the more structural and systemic aspects of the global economic order. Thirdly, and relatedly, there is a critique running through the encyclical of blind reliance on technology and technical fix approaches to crisis resolution. The argument is not Luddite—it is not a blanket rejection of the role of technology—but the encyclical rightly claims that to look to technology alone is to remain within an essentially instrumental and profit-oriented mind-set, and thus to treat symptoms not causes.

Fourthly, as a summation of these themes, there is the attention paid to the need for an alternative culture, a revision of thinking on progress and prosperity, as a prior condition of political change. Much stress is placed on the adoption of a “new lifestyle.” We cannot, it is said, continue with current models of production and consumption; nor with the current subordination of politics to the economy and the economy to technological rationality. And the address, let us note, seeks to transcend political divisions and the competition between nations: it is to the community of humanity at large, and is issued as a summons to creating the global solidarity essential to meeting a common crisis.

As so stated, these themes remain abstract; their implications for more concrete politico-economic policy and practice need to be elaborated. But they comprise a crucially important statement of intent and, as such, I fully endorse them. In the remainder of what I want to say here, I would simply point to one or two aspects in which I would want to qualify the argument of the encyclical and think its overall call for cultural conversion could be further enhanced.

My first point relates to the message on work, since here, I feel, too much priority is given to the need for universal employment, at the expense of acknowledging the links between the consumerist growth economy and the dominance of the work ethic within the current socio-economic order. In my own view, market-driven consumption should now be seen for what it has largely become: a means of further extending the global reach and command of corporate power at the expense of the health and well-being of both the planet and most of its inhabitants.

But as the exploitations of the extractivist industries and sweat-shops in the poorer countries that serve affluent consumption in richer societies grow more extreme, and the future of work in the affluent nations themselves becomes more precarious and exposed to automation-driven job-loss. A main focus has to be on re-thinking the centrality of the work-and-spend way of living; on restoring more autonomous ways of working and living to peripheral economies; and on moving to a reproductive rather than expansionary and constantly innovative ways of providing for our more material needs.

Instead of fearing the end of work, we need to view it as an opportunity to provide more free time while reducing the environmental footprint: to move from a work-rooted understanding of identity, purpose and self-fulfillment, to one that is life-centered and revolves around more self-provision and self-chosen ways of spending time and energy. There is also much potential here for a less techno-driven culture, one that could combine reliance on very smart technologies in some areas—medicine, energy, for example—with a return to more traditional, and often more sustainable, ways of doing and making, to more artisanal methods. Hybrid approaches of this kind would seem to chime with Pope Francis’s advice to tread some Golden Mean in respect of recourse to technology.

On the issue of consumerism: while agreeing on the papal critique, I would want to emphasize here not only the need to be more responsible and altruistic, but also the pleasures of adopting an alternative consumption and lifestyle. Indeed, in my argument around “alternative hedonism,” I point to the many downsides of affluence (insecurity, ill-health, stress, time-scarcity, excessive waste, loss of community, traffic congestion and pollution, the commercialization of children, and so forth . . .), and I seek to provide a vision of the greater fulfilments, both sensual and spiritual that we might provide for ourselves by moving to a less fast-paced and acquisitive lifestyle.

In this context, I also cite existing indices of disaffection with their consumerist culture on the part of many affluent consumers themselves, and present this disenchantment as lending some support for a more general green renaissance. I also argue relatedly that people overall are more likely to act on climate change if offered the enticement of other, more enjoyable, ways of living, than would be the case if confronted only by apocalyptic warnings of doom and devastation. What I am suggesting here is that even as we make the plea for a less selfish response on consumption, we can also appeal to a measure of self–interest—and in doing so avoid an overly ascetic vision of green living.

This brings me to a last comment here, which relates to my own sense of spirituality as an aspect of self-fulfillment and cultural enhancement that should not be deemed exclusively religious in character. Where I appeal to spirituality in my argument on “alternative hedonism,” I am not implying that a less acquisitive consumption need find its basis in religious faith or ascetic practice (although, of course, it often does); only that it would be less driven by the quest for accumulating stuff, more socially and environmentally aware and more engaged with the pleasures of art, craft and sociable living.

This form of secular spirituality would be distinguished by its emphasis on neglected sources of enjoyment and indulgence—more outgoing, more generous and convivial, less narcissistic—and not by the cultivation of inwardness and personal austerity found in the tradition of religious asceticism which influences some of those who reject contemporary materialism. Pope Francis rightly argues that integrity must be restored not only as an aspect of ecosystems, but also of human life. I would like to interpret this as also encompassing a fusion of faith-based and secular spiritual integrity.

There is nothing particularly unusual in valuing more spiritual gratifications above those supplied through commercial transactions. After all, they are often defined approvingly as precisely those which money cannot buy. Consumer culture, in fact, can in this sense seem perversely ill-suited to supplying these more profound needs and desires (or those often claimed as the most sought after), and it can make good the deficit only in a partial and inadequate way—by deflecting spiritual yearnings onto forms of material acquisition.

Policies informed by an alternative hedonist turn to the spirit would seek to redress this imbalance, and to restore sources of direct spiritual well-being that have been sacrificed to the commodifying logic of consumer culture. This could involve quite varied initiatives: more adequate provision of leisure time, the reclaiming of land for allotments and public parks, the promotion of easy access to the countryside, or a noise-free environment, or provision for solitude, or making education in music, literature and the arts, a more central, universally available, and ongoing aspect of life.

But the spiritual turn would also be concerned to respect and enhance the aesthetic and symbolic aspects of a distinctively human consumption even where this is involved in the gratification of needs or desires of a primarily sensual and material kind. Even where it is a question of meeting the needs of the flesh (of satisfying hunger, for example) the tendency of consumer society is very often to whittle away or downgrade the more distinctively ritualized (spiritual and aesthetic) dimensions of this.

A more spiritual consumption, when conceived along these lines, would introduce new thinking about what constitutes a distinctively human flourishing. Conventional consumerist views on this have assumed that any advance on more basic or primary need satisfaction would always involve a more refined and luxurious level of material satisfaction—in other words, that not “living by bread alone” must always mean, shall we say, “eating cake.” It has also been assumed that without this conception of flourishing, the economy will falter and cease to expand.

But it is only, of course, if we accept the “materialist-consumerist” understanding of what it means to flourish or expand on basic need provision, that we shall share rather than challenge the standard liberal-economic anxieties about the stagnating effects of an essentially stable and reproductive provision of basic needs. If we break with the idea of an “improved living standard” engendered by consumer culture, then we would no longer think of wants or non-basic needs always as extensions of, or evermore baroque and resource-hungry constructions upon primary physical needs but as an altogether less materially encumbered and encumbering source of fulfillment.

A decent standard of living for all is in principle compatible with the furthering of human flourishing conceived as the gratification of desires (or less basic needs) provided these latter ceases to be so fixated on tangible goods, and more directed to spiritual dimensions of satisfaction. Moreover, as already indicated, by confining ourselves to a more reproductive mode of providing for essential goods, we could enhance even the more directly sensory pleasures derived from these through the enjoyment of better health, more free time, and a slower pace of living.

This has important implications for the project of promoting sustainable consumption on a global scale. For if we allow that project to focus too exclusively on universal provision for common and basic human needs, we risk overlooking the critical role of the form taken by the specific satisfiers of those common needs in the affluent and “best performing” nations in creating deprivation elsewhere. What therefore has to be targeted by a global politics of need is not only what we share in the way of basic needs but the causal relationship between the highly elaborated and luxurious forms in which the more globally privileged are meeting their “developed” needs and securing the protection of their affluent lifestyles, and the forms in which other communities are being deprived of even the more reduced forms of satisfaction of basic needs, let alone provided with the wherewithal to conserve for the future.

The demand for universal satisfaction of basic human needs must, therefore, be linked to a critique of the conception of human flourishing that has been promoted through the neoliberal market and needs now itself to be rethought in the light of its deleterious consequences. If the more affluent peoples of the world need to restrain their material desires to secure a socially just and sustainable global order, then it is surely also true that a condition of the emergence of a will to sobriety in material consumption will be the fostering of an altered conception of pleasure and enjoyment.

EDITORIAL NOTE: This essay was a contribution to the panel "Laudato Si at 5 Years: Towards an Ecology of Culture," which took place on January 11, 2021, and was co-hosted by the Collegium Institute and the Pontifical Council for Culture. 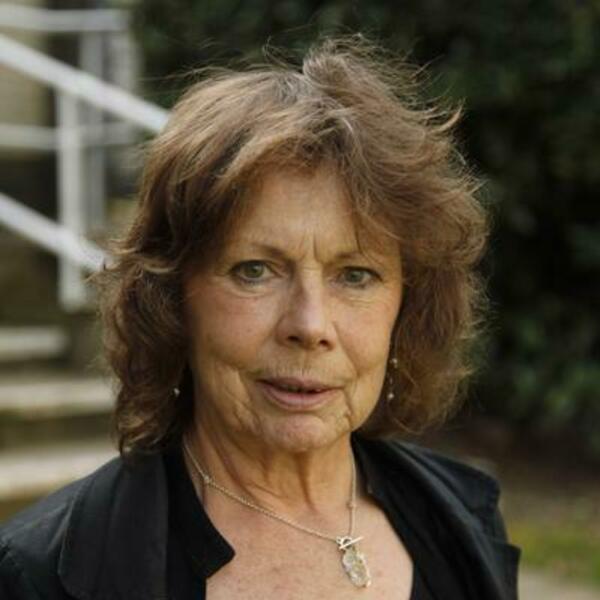 The Search for the Holy Grail of a Conservative Socialism

Elias Crim, founder of Solidarity Hall and host of the Dorothy's Place podcast, goes on a virtuous search with John Milbank and Adrian Pabst. 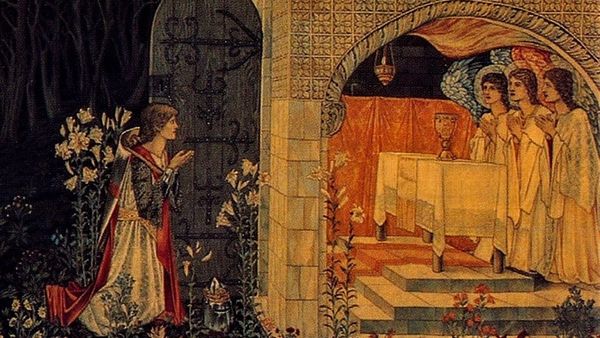