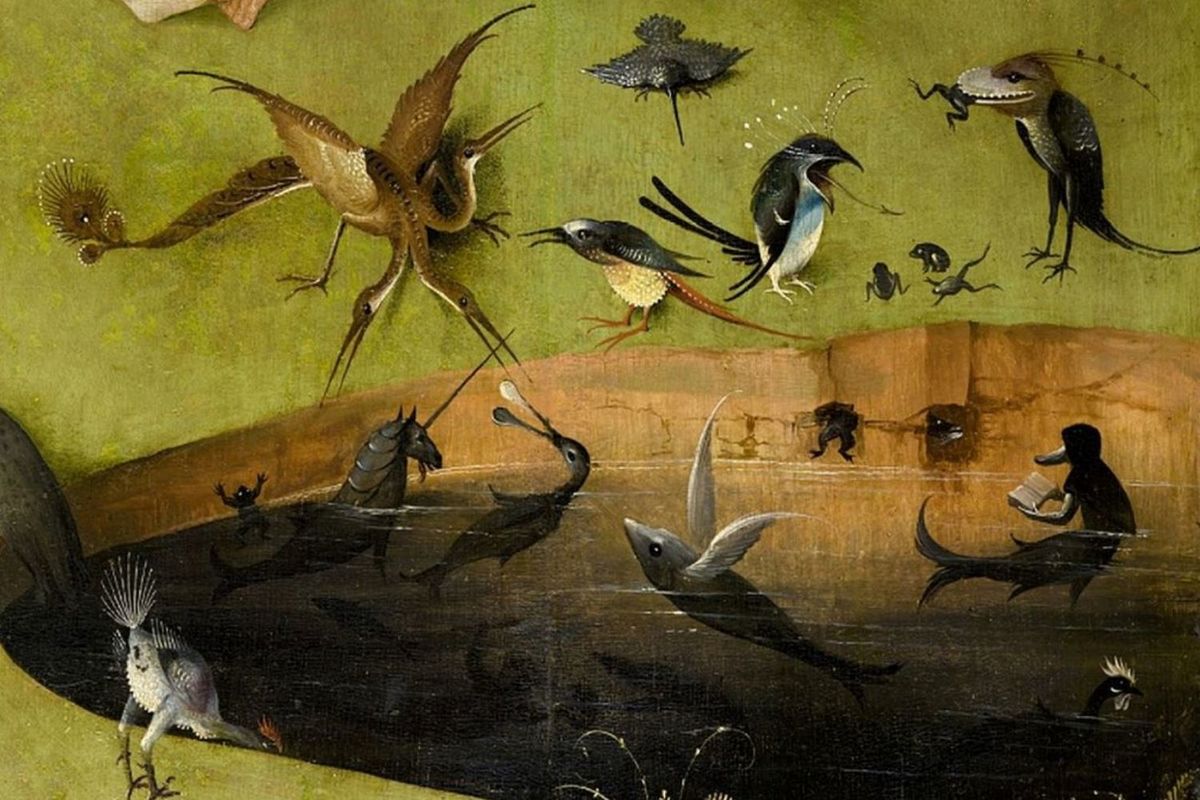 The bread that you keep in your possession belongs to the hungry; the cloak in your closet, to the naked.
—Basil of Caesarea

Engaging with Peter Singer on Poverty

There is a passage from Brideshead Revisited, Evelyn Waugh’s otherwise superb 1945 novel, that has always bothered me. The protagonist, Charles, at this point in the narrative an agnostic, asks Lady Marchmain, the devoutly Catholic head of the wealthy, aristocratic Flyte family, about Jesus’s saying that it is easier for a camel to go through the eye of a needle than for a rich person to enter the Kingdom of God. Her response is astonishing:

“But of course,” she said, “it’s very unexpected for a camel to go through the eye of a needle, but the gospel is simply a catalogue of unexpected things. It’s not to be expected that an ox and an ass should worship at the same crib. Animals are always doing the oddest things in the lives of the saints. It’s all part of the poetry, the Alice-in-Wonderland side, of religion.”

I was puzzled, when I first encountered this reflection, by Lady Marchmain’s attempt to explain away Jesus’s teaching on poverty. Surely, I thought, it could not be Christian for the Flytes, or anyone else, to hoard wealth while their neighbors starved. I was struck, too, by the thought that, given the overall context of the novel, an ode to the vanished splendor of the English aristocracy of the 1920s, as well as his own well-known conservative views, this seemed to be Waugh’s own position—and, to judge by their behavior, that of countless other Christians.

It is clear to me, looking back, that my initial reaction to this passage was justified—Waugh’s position is both morally indefensible and thoroughly un-Catholic. The Church has, throughout the centuries, consistently held that anyone with money must go to extreme lengths to help those without.

This ancient moral teaching is especially interesting because it has come to be accepted by a growing number of modern, secular ethicists inspired by the controversial Australian philosopher Peter Singer, whose views on many other issues—most notably the permissibility of infanticide—could not be further from those of the Church.

This unlikely alliance is the subject of the first section of this essay. Even on the issue of poverty, however, the two parties do not see entirely eye to eye, and so in sections two and three I want to explore their differences, focusing on the strengths of Singer’s position, and suggesting two ways in which his thought can help inspire the Church to better live out its own principles.

Singer is the most influential moral philosopher alive today, the rare academic who has had a transformative impact both within the academy and at a popular level. His 1975 book Animal Liberation is widely regarded as the central philosophical text of the modern animal rights movement, and he has made significant contributions to modern debates on bioethics and altruism. He is also an outspoken critic of religion, conceiving of much of his work in moral philosophy as an attack on the Christian “Sanctity of Life” ethic.

In a seminal essay, “Famine, Affluence, and Morality,” he presents his now famed “shallow pond” case, familiar to undergraduate philosophy students the world over. He begins by stating what he takes to be an obvious moral principle: “If it is in our power to prevent something bad from happening, without thereby sacrificing anything of comparable moral importance, we ought, morally, to do it.” If I am walking past a shallow pond, he points out, and see a child drowning in it, it is clear that I ought to wade in and pull the child out. There might be some negative consequences of this action—my clothes might be ruined, it might make me late for work—but these are clearly outweighed by the good of saving a life.

Singer is, I think, right about this principle, as the example of the drowning child so vividly suggests. Its apparent obviousness, however, as he points out, is highly deceptive: if the principle were consistently acted upon, “our lives, our society, and our world would be fundamentally changed.” According to the best recent estimates, it costs between $3,000 and $5,000 for the most cost-effective charities to save a life. Most of the things we spend money on, however—regular holidays, new clothes, expensive smartphones—are clearly not “of comparable moral importance” to this, and the startling conclusion follows that everyone with money to spare—not only millionaires—ought to spend it not on non-essentials for themselves but on saving the lives of others.

This is an extraordinarily radical position, and often rejected on this basis alone. Christians, however, I want to argue, and especially Catholics, cannot be so quick to dismiss Singer’s arguments. There are, in addition to the camel-and-needle story (Matt 19:23-26), many other startling sayings about poverty in the Gospels: in one famous encounter, Jesus tells a rich, morally upright young man “you lack one thing; go, sell what you own, and give the money to the poor” (Mark 10: 17-22).

The exegesis of these passages is controversial: many have suggested that the point is that giving away all of one’s money is supererogatory, or good but not morally required. The earliest Christians, however, seem to have strongly rejected this interpretation: the Didache, a first-century proto-catechism, commands “Share everything with your brother. Do not say, ‘It is private property’” (4:8), while the fourth-century Basil of Caesarea writes (Homily on Luke 12:18) that “The bread that you keep in your possession belongs to the hungry; the cloak in your closet, to the naked.”

Official Church doctrine stops short of a full endorsement of these claims, but it is nonetheless astonishingly radical—the Second Vatican Council, for example, decreed: “Feed the man dying of hunger, for if you have not fed him you have killed him” (Gaudium et spes, §69). Even those ideas of the earliest Christians not explicitly adopted by the institutional Church, moreover, such as the demand that all of the money one does not spend on essentials be given to the needy, went on to form an integral part of the Catholic tradition. In the Middle Ages St Thomas Aquinas proclaimed, for example, that “whatever certain people have in superabundance is owed, of natural right, to the poor for their sustenance” a passage which Singer cites approvingly in “Famine, Affluence, and Morality.”

The first way Singer’s thought can help the Church is through his insistence that charitable giving be both impartial and effective. Many people, he notes, prefer to donate to local initiatives, or to ones they feel a particular connection with—to a guide-dog charity if they have a family member who is blind, for instance. We should, instead, he argues, focus on the most cost-effective organisations, those that can help the most people with the money we donate. He is thus a central figure for the Effective Altruism movement, which stresses the importance of using evidence and reasoning in making donation decisions. The EA-affiliated charity evaluator GiveWell recommends giving to a small number of highly effective non-profits, rather than, for instance, one’s local homeless shelter.

The Church, however, like almost every other organization doing charity work, appears not to entirely share these priorities. While Catholic charities clearly do make an effort to concentrate on the most pressing issues—Catholic Relief Services, the charitable arm of the US Bishops’ conference, for example, does most of its work abroad, where the need is greatest—they are not as explicitly focused on impartiality and effectiveness as EA-style organizations, and no Church organizations make GiveWell’s list.

Not all Christians would necessarily think that this is a bad thing—as Charles Camosy points out in his excellent book Peter Singer and Christian Ethics, there is a strain of Christian ethical thought that explicitly rejects impartiality, and holds that we owe special duties to those closest to us. If this is true, it is easy to see how we could be justified in choosing to financially support local charities over more effective ones whose work benefits people we will never meet.

It seems to me, however, that Singer’s argument is difficult to escape. If we really want to help others, surely, then we should think about how we can do so as effectively as possible—is it really right to prioritize those we have a personal connection to when our money could do so much more elsewhere? Even Aquinas, who argued for an “order of charity,” according to which we ought to love our family most, next our close friends, then our neighbors, and finally everyone else, thought that such preferences could only be justified ceteris paribus, all else being equal—if strangers are in greater need than one’s own family, he recognized, they might have a greater claim to our assistance.

Jesus, moreover, stresses that the demands of morality can override personal ties: “everyone who has left houses or brothers or sisters or father or mother or children or fields, for my name’s sake . . . will inherit eternal life” (Matt 19:29). The concepts of impartiality and effectiveness, I would thus suggest, offer the Church a powerful tool for improving its charitable efforts.

Singer’s second suggestion is more troubling. While he recognizes the scale of agreement, on a theoretical level, between himself and the Church, he is scathing about the way it lives out its teaching in practice. “Every year”, he writes, “while the Roman Catholic Church teaches ‘Feed the man dying of hunger, for if you have not fed him you have killed him,’ rich Catholics have lived in luxury and in good standing with their church.” After noting the hardline the Church takes on certain moral issues, he asks: “where are the comparable statements directed against those who fail to aid the poor?”

Singer’s argument here would benefit from a good deal more nuance—it would have been helpful, perhaps, to at least acknowledge the Church’s longstanding and ongoing tradition of ministry to the poor. There can be no denying, however, that there is a lot of truth in what he says. Almost no Catholics heed the Church’s call to drastic charity towards the poor in its entirety. It is understandable, given its demandingness, that the teaching is not perfectly lived out, but it is clear that Catholics could do far, far better.

The Church itself does not do a good job of conveying the message: why is it, we must ask ourselves, that—while no one could possibly fail to know the line it takes on Culture War issues like abortion and gay marriage—the radical nature of its teaching on altruism comes as a surprise even to most cradle Catholics? Why is it, ultimately, that Waugh, a devout and educated Catholic, was able to believe that Lady Marchmain’s faith would not require her to renounce her wealth?

Catholics, then, should take Singer’s admonition as a challenge. The institutional Church should strive to preach as loudly about our duties to the poor as it does about other subjects, and to do more to put this preaching into practice. Individual believers, too, have a vital role to play: we must ask ourselves how much of what we spend our money on is really of comparable moral importance to the good that same money could do for others, and have the courage to act accordingly, especially during liturgical seasons, such as Lent, when emphasis falls upon almsgiving. This is what Singer invites us to do, and this is the ancient, revolutionary wisdom of our Church. 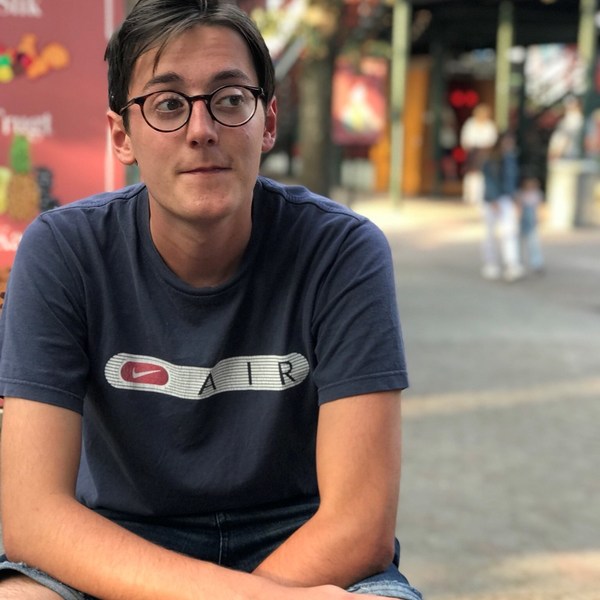 Joseph Tulloch is a freelance writer and translator. A recent graduate of Oxford University, where he studied Philosophy and Italian, he currently lives in Rome.

Who Is the Rich Man That Shall Be Saved?

Taylor Ross on the biblical question of money and its distribution. 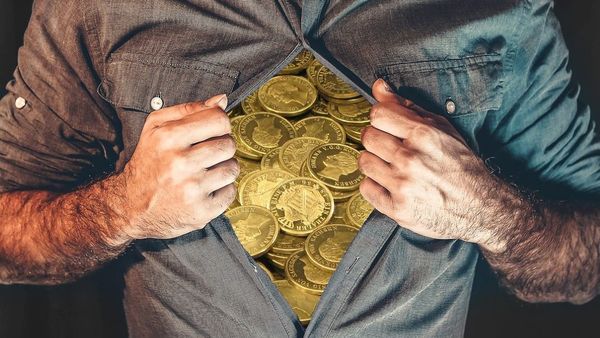