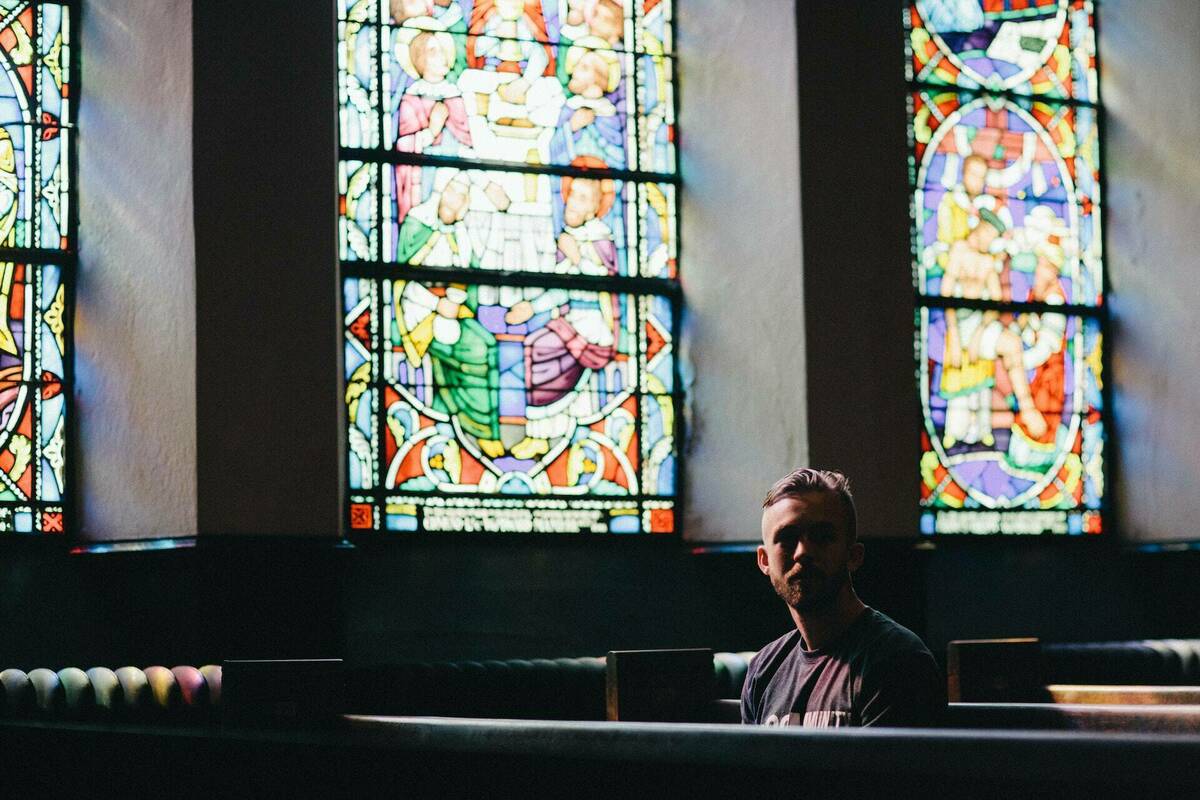 By now it is well known that the Catholic Church in America—and organized religion more generally—must contend with the sudden growth of people who identify with “no religion.” Nearly 30% of Americans now check the box for “no religion,”[1] including 40 percent of millennials.[2] The Catholic Church has been hit especially hard: for each person who joins the Catholic Church, nearly seven leave.[3] Many who become religious “Nones” claim they no longer affiliate with organized religion because of its closemindedness, corruption, or an apparent incompatibility between science and religion.[4]

To some, these developments present a clear challenge with an obvious solution: do a better job catechizing young people by presenting them with arguments that prevent them from believing misconceptions about the Church. One of the most prominent promoters of this perspective is Bishop Robert Barron, who laments that “the reasons [Nones] offer for abandoning Christianity are just so uncompelling.” He continues, “I do blame teachers, catechists, evangelists, and academics within the Christian churches for not doing enough to keep our young people engaged. These studies consistently demonstrate that unless we believers seriously pick up our game intellectually, we’re going to keep losing our kids.”[5]

On the surface, this diagnosis is appealing because it identifies a clear problem whose solution fits within the existing ministry framework at most parishes and dioceses. If only catechists offered more intentional and compelling arguments for the faith, then fewer young people would drift away from the Church. While it is certainly true that better catechesis would provide a sturdier intellectual foundation for a life of faith—preventing some from leaving the Church—the idea that the growth of religious Nones can be attributed primarily to a low awareness of Catholic doctrine represents a misunderstanding of formation, deconversion processes, and human behavior more generally. Targeting common theological misconceptions may be helpful in some cases, but ultimately it only addresses the surface-level effects of the “rise of the Nones” rather than its underlying causes.

The assumption that proper catechesis produces assent to Catholic doctrine—which thereby fosters Catholic identity and practice—assumes that people choose their actions and identity primarily on the basis of theological beliefs. Yet this widely held assumption has come under fire recently. James K. A. Smith's work on cultural liturgies draws on Augustine, cognitive psychology, and philosophies of action to challenge this myth: people's behavior is not driven primarily by what they know and believe but by what they love and imagine as good. This is not to say that beliefs are unimportant, but that what gives shape to human action is primarily one’s imagination and enduring dispositions (habitus) rather than mere assent to doctrine.

This notion is consistent with St. John Paul II's critique of modern culture in Evangelium Vitae, which focuses on “the eclipse of the sense of God” (§21). He argues that people do not lose their sense of God because of their beliefs, but due to a “loss of contact with God's wise design,”  which occurs “when nature itself, from being ‘mater’ (mother), is now reduced to being ‘matter,’ and is subjected to every kind of manipulation” (EV §22). John Paul II names this loss of the sense of God as “the deepest [root] of the struggle between the ‘culture of life’ and the ‘culture of death,’” which is characteristic of a “social and cultural climate dominated by secularism” (EV §21). People who lose “contact with God's wise design” and their sense of God are prone to begin “living as if God does not exist,” (EV §21) also known as “practical atheism.” The most shocking aspect of this diagnosis of modern secularity is that it even describes many who maintain belief in God and superficial religiosity, since assenting to orthodox theology does not protect someone from losing their sense of God and living as if he does not exist.

This is not to say that beliefs are unimportant, but that one’s imagination—whether Catholic or secular—is ultimately more important for determining whether someone embodies a life of faith. A ten-minute homily, an hour-long theology class, or an eight-week program may introduce people to ideas for the sake of strengthening their beliefs, but whether these beliefs truly take root depends on whether they are consistent with one’s pre-existing vision of reality. Such a vision cannot be endowed by catechists, but rather is cultivated in everyday life.

This is consistent with sociological literature on faith transmission, which consistently points to parents—not catechists, parishes, or schools—as the most important factor for passing on the faith.[6] Christian Smith's research on parenting finds that even parents who may not be especially theologically adept can successfully pass on the faith to their children through their witness in everyday life.[7]

Imagine an entire childhood of family meals, holidays, financial decisions, health issues, tragedies, joys, and mundane moments. Do young people envision the Catholic faith as the foundation of their parents’ lives, or is the everyday life and imagination of their family governed by the logic of the market, education system, and national politics, with a thin gloss of (mostly) privatized religion? Those who are raised in a Catholic culture where the faith is truly embodied often continue to exhibit a Catholic vision of reality even if they no longer assent to the Church’s teachings.[8] For this reason, Church leaders must recognize that those who never had a Catholic vision of reality in the first place will be unlikely to develop a lived faith merely through multimedia presentations, social media posts, or doctrinal arguments, no matter how winsome.

People who become religious Nones may still draw on familiar tropes about science and religion or the intolerance to justify their decision for leaving the Catholic Church, but there is good reason (beyond those above) to believe that these are not truly driving religious disaffiliation. Sociological research on religious conversion finds that people are likely to interpret their decision to convert through the lens of their new religious identity.[9] This means that those who become religious Nones are likely to draw on common critiques of religion to explain their new non-religious identity, but ultimately their disaffiliation was only possible because their imagination—formed through a lifetime of experiences—was already thoroughly secular. For this reason, the “rise of the Nones” is a problem that cannot be solved by “doing the wrong thing righter.” Teaching doctrine remains essential, but the task of forming young people in a Catholic vision of reality should be prioritized.[10]

This claim may be unsatisfying for those who work in ministry because the strategy of improving homilies, programs, or classes can be readily implemented on a large scale within parishes, schools, and other institutions. Yet the task of cultivating a truly Catholic imagination requires a deeper and more holistic kind of formation. John Paul II noted in Centesimus Annus how modern social structures can “hinder [man's] living in accordance with the truth,” becoming “structures of sin,” and John Paul II calls Christians “to destroy such structures and replace them with more authentic forms of living in community” (CA §39). This may sound extreme, but it reveals the importance of creating the kind of Catholic culture and community that allows the faith to take root in people’s imaginations and everyday lives—preventing them from becoming the kind of Christians who “liv[e] as if God does not exist,” (EV §21)

Catechists are right to question whether Catholicism may seem irrational to today’s young people. Where they go wrong is assuming that Catholicism's rationality is first and foremost a matter of doctrine and intellectual argument. The primary threat to Catholicism's rationality is not arguments for atheism, but the dearth of families, parishes, and schools that truly embody the Catholic faith in everyday life. Young people are not leaving the Church in droves because they have first been convinced of bad arguments, but because the truth, beauty, and goodness of Christianity were never imprinted on their imagination in the first place.

For this reason, the mere addition of parish programming or a reinvigorated approach to catechesis will fail to slow the “rise of the Nones.” Benedict XVI notes how “the saints were all people of imagination, not functionaries of apparatuses.”[11] What is needed now is not new programs or increasingly compelling arguments from religious professionals, but more lay people whose everyday lives are an attractive witness to the Catholic faith.

[11] Joseph Ratzinger and Vittorio Messori, The Ratzinger Report: An Exclusive Interview on the State of the Church (San Francisco: Ignatius Press, 1985), 67.

Photo by Karl Fredrickson on Unsplash 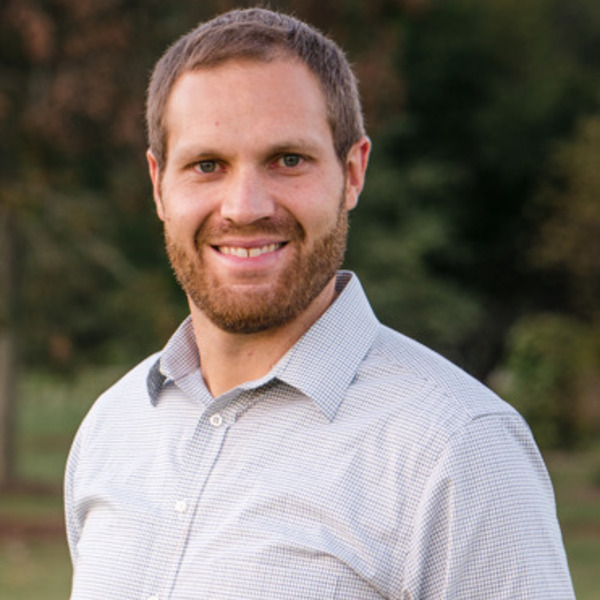 Phil Davignon is Associate Professor and Chair of Sociology at Union University in Jackson, TN. His forthcoming book is Practicing Christians, Practical Atheists: How Cultural Liturgies and Everyday Practices Shape the Christian Life.

Our Children Might Return to the Church, but Our Grandchildren Most Likely Won't

Daniel McClain, Chaplain to the College of William & Mary, scrutinizes children at play and the failures of religious education. 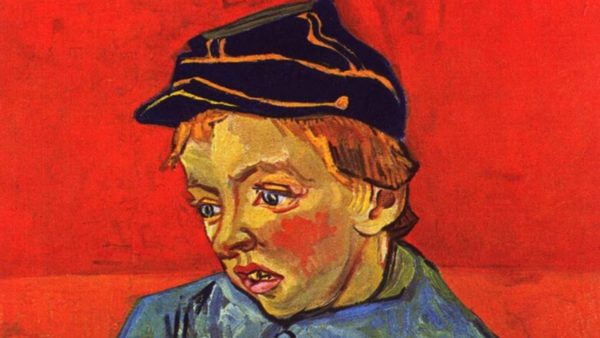