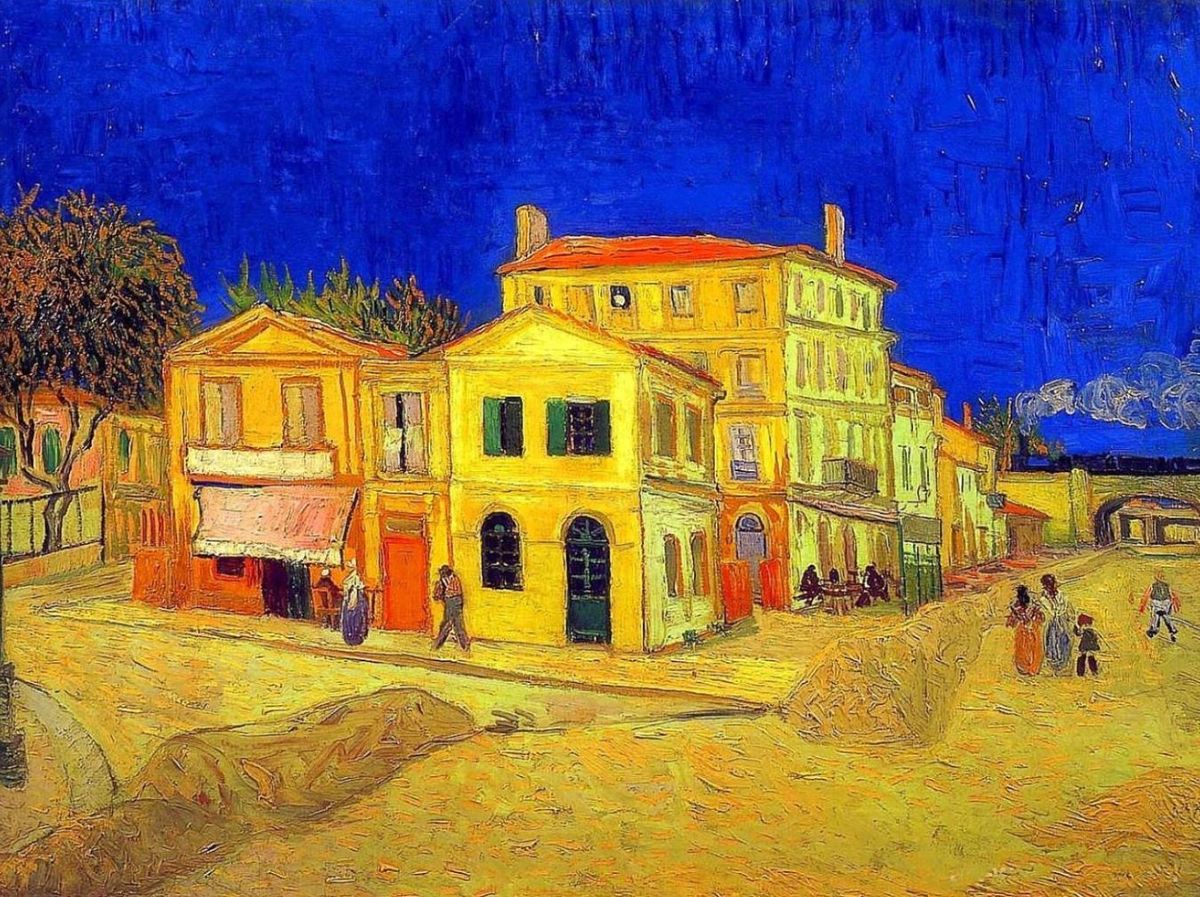 He made from one the whole human race to dwell on the entire surface of the earth, and he fixed the ordered seasons and the boundaries of their regions, so that people might seek God, even perhaps grope for him and find him, though indeed he is not far from any one of us. For “In him we live and move and have our being,” as even some of your poets have said, “For we too are his offspring.”
―Saint Paul quoting the ancient wisdom of pagan poet Aratus of Soli (third-century B.C.)

Susanna Clarke’s debut novel Jonathan Strange and Mr. Norrell came into my life at just the right moment. I was a new mother at 23, weary and exhausted. Clarke’s book was the perfect escape read since it read like a Jane Austen novel married to a heavily footnoted fairytale. Jonathan Strange was a giant tome of enchanted realms and gentlemen magicians in an alternative England during the Napoleonic Wars and I was not the only one who found it captivating. It was on the bestseller list for weeks and author Neil Gaiman called it "unquestionably the finest English novel of the fantastic written in the last 70 years."

I eagerly waited, along with the rest of the world, for Clarke to write another novel after Jonathon Strange’s astounding success. Then I waited some more. In the meantime, the BBC made a popular miniseries of Johnathan Strange but Clarke published nothing else. Finally, sixteen years later, Clarke has given us Piranesi (published by Bloomsbury like her first novel) and it is the book we all need in this annus horribilis of 2020.

Can the goodness of humanity be cultivated in isolation? What have we lost in the disenchantment of the modern world and can we reclaim it? What power do beauty and kindness possess? And at the foundation of our broken world, is there goodness or evil? These are the questions that this unusual work of fantasy and mystery examines and Piranesi does so with Clarke’s incredible creativity and fire.

Piranesi is narrated by the journals of a man who lives in a world comprised of an enormous house (too big to ever fully explore) where birds and beautiful statues ornament its halls and the tides flow in and out. The sea brings the danger of drowning to the inhabitants of the House but also provides ocean creatures for food and seawood to dry for warmth in the winter. The man is called Piranesi, a reference to an Italian artist, Giovanni Battista Piranesi (1720-1778), famous for his imaginary labyrinthine prison scenes. But he is conscious of the fact that it is not his true name and that the only human being he knows, The Other, is making some sort of joke by calling him this. He spends his days gathering fish and drying seaweed, exploring the vast vestibules and halls of the House, and looking forward to his meetings with The Other on Tuesdays and Fridays.

Being almost completely isolated in a world in which he only has brief interactions with one other human being, the man called Piranesi is surprisingly far from despair. He inhabits his world of the House with awe and wonder. He explores the empty halls with curiosity and rejoices at discovering new rooms and statues. He visits his favorite statues like one of a woman holding a beehive and speaks to the House as if it knows his voice. When an albatross and his mate come to nest in the House he is overjoyed by their glorious presence. It is clear that the House is a place of enchantment in his eyes. “The Beauty of the House is immeasurable; it’s Kindness infinite,” he writes in his journals.

Clarke, who has suffered from a mysterious chronic illness for years, likely drew from her experiences of isolation to envision the world of Piranesi. But during this season of human history we are all experiencing a time of isolation from the kind of community that helps human beings thrive. We might also feel alone and wandering. The man called Piranesi demonstrates the virtues of faith and hope despite loneliness and suffering in a way that is aspirational. He lives his days in gratitude, rooted in his firm belief that the foundation of the world is benevolent love. Surely, like Dante, he would claim that it is “love that moves the sun and the other stars”—as well as the tides and the albatross.

The man called Piranesi finds order in the coming of the tides and floods through the vestibules of the House. He studies and understands which days the different rooms of the House will flood and where the fish are sure to be present for harvesting according to the calendar he creates to predict the coming tides. So in addition to the House’s benevolence, it is also a world of order rather than chaos which contributes to its enchantment. As G.K. Chesterton points out in The Man Who Was Thursday, chaos is unremarkable, but order is magical:

The rare, strange thing is to hit the mark; the gross, obvious thing is to miss it. We feel it is epical when man with one wild arrow strikes a distant bird. Is it not also epical when man with one wild engine strikes a distant station? Chaos is dull; because in chaos the train might indeed go anywhere, to Baker Street or to Bagdad. But man is a magician, and his whole magic is in this, that he does say Victoria, and lo! it is Victoria.

The man called Piranesi views the order in his world as a sign of the consciousness of the House. Its order points to its love and care for him.

It might seem that the firm belief in the House’s conscious care for him is the result of delusion caused by the amnesia and isolation of living in the House. But the events of the novel reveal that the perspective he shares in his journals is not the hallucinatory ravings of a mad man. This is not Tom Hanks in Cast Away bestowing imaginary sentience on Wilson the volleyball. There is something powerful, enchanted, and communicative about the world of the House. Even the birds seem to speak prophetic words of truth, hope, and warning to the man called Piranesi—predictions that come into being.

As the plot moves along it becomes clear to the reader that the House is not the only world that the man called Piranesi has known. He understands concepts and objects that do not exist in the House. When contemplating the statue of a faun playing the pipes he is reminded of a faun with an umbrella speaking to a little girl—a reference to C.S. Lewis’s Mr. Tumnus and Lucy Pevensie in The Lion, the Witch and the Wardrobe. Clarke draws deeply from Lewis in her conception of doors to other worlds where the deep magic of the past remains strong. She even begins the book with a quote from Lewis’s Magician’s Nephew when evil Uncle Andrew, the magician, explains that he needs subjects for his experiments in magic. And the connections to that quote unfold as the plot continues.

The man called Piranesi does not accept that name as his identity and instead calls himself: “A Beloved Child of the House.” Can he bring that identity along with his awe and wonder, curiosity and hope beyond the walls of the House? Can he look at a different and disenchanted world with the eyes of enchantment—believing in his soul that there is powerful goodness ordering the events of the universe and that “The Beauty of the House is immeasurable; its Kindness infinite”? Or more importantly, can we?

In a modern world of suffering, isolation, and disenchantment, we would do well to remember the protagonist of Piranesi. As Lewis, whom Clarke draws from in this novel, and his friend J.R.R. Tolkien both beautifully depicted in their creation myths, our world is created out of the song of God—beautiful, benevolent, ordered, and wondrous. To not lose sight of the Beauty pointing us toward Heaven and to develop and recognize the infinite kindness of God reflected in creation, art, and human goodness, this is our opportunity to bring the deep magic of enchantment back to the world.

We must remember that the earth is enchanted by the footsteps of God himself and that each of us are Beloved Children of the House in whom “we live and move and have our being” (Acts 17:28). Our deepest and truest identity is that of children, heirs to Our Father and this identity points us toward hope and wonder. Even isolation, suffering, and the presence of evil cannot diminish the fact that the foundations of this world, like those of the House, are anchored by Love and as we are shown in Piranesi, something powerful and redemptive happens when we navigate our world with eyes full of grateful wonder:

Once, men and women were able to turn themselves into eagles and fly immense distances. They communed with rivers and mountains and received wisdom from them. They felt the turning of the stars inside their own minds. My contemporaries did not understand this. They were all enamoured with the idea of progress and believed that whatever was new must be superior to what was old. As if merit was a function of chronology! But it seemed to me that the wisdom of the ancients could not have simply vanished. Nothing simply vanishes. It’s not actually possible. 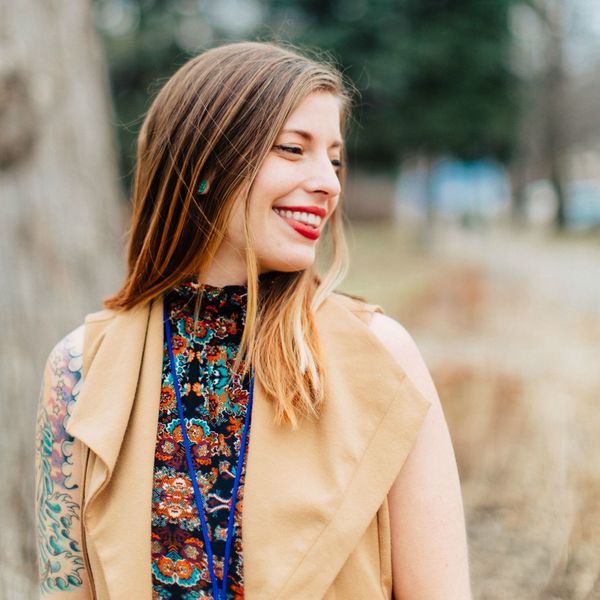 Haley Stewart is a writer, speaker, and podcaster living in central Texas with her beekeeping husband and four children. She earned her BA at Baylor University and is the author of The Grace of Enough: Pursuing Less and Living More in a Throwaway Culture. You can find her at her blog Carrots for Michaelmas and as co-host of the podcast Fountains of Carrots.

Ah, to Live in a Cosmos Again!

John Brungardt looks at how pictures of the cosmos are formed and what it takes to make one today. 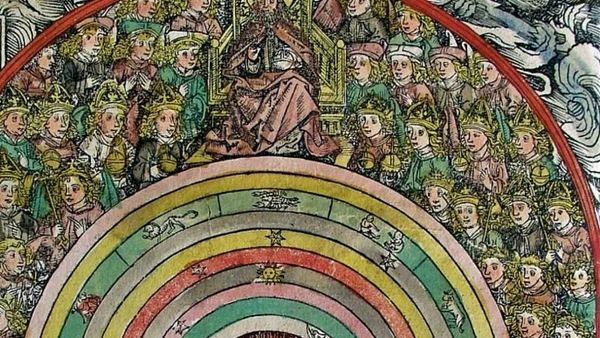