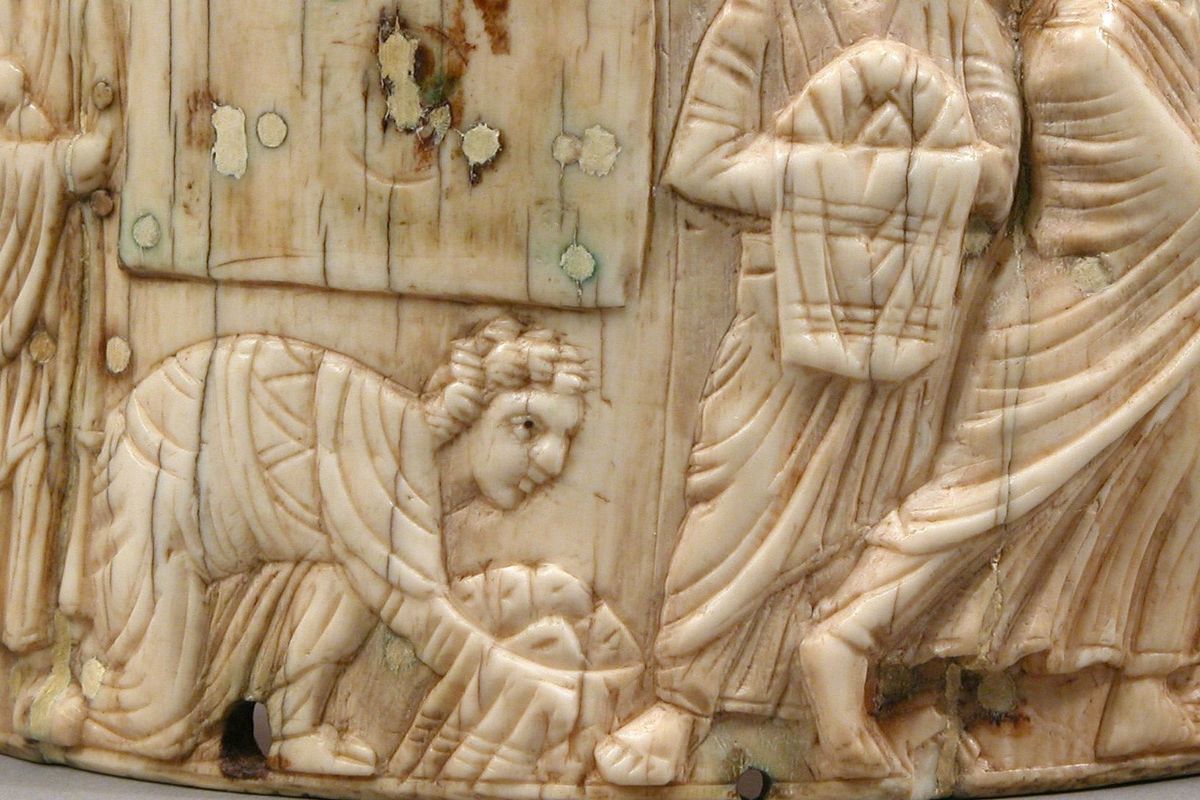 This summer, I attended the biennial congress in Leuven, Belgium of Societas Liturgica, an ecumenical gathering of liturgical historians, theologians, and musicians from throughout the world. The congress’ theme was that of sacramentality. Rather than understand the sacramental through traditional categories (matter and form, substance and accidents), the various lectures of the congress sought to grasp the sacramentality of life itself, the manner in which God’s presence permeates history. This “sacramentality” of existence then should allow us to re-consider the nature of liturgical practice in post-modern, secular society.

While sacramentality (the permeation of divine presence in human history) was held up as a virtue, magic remained a vice. The dismissal of sacramental magic is ubiquitous in modern (and even post-modern) works of sacramental theology. Louis-Marie Chauvet’s account of the sacramentality of existence—required reading for all those involved in liturgical theology—makes a habit of warning against a “magical” interpretation of the sacraments. A magical account of the sacraments would be one that does not concern itself with the intrinsic link between ethics and the sacraments. It sees the sacraments functioning “automatically,” without concomitant verification through the body. This “magical” approach to the sacraments avoids recognizing how sacramental mediation and faith in the Scriptures works in precisely the same way. Sacramental magic, as Chauvet understands it, uses “ritual to obtain either an essentially natural benefit or a spiritual effect such as the pardon of sins or some other divine grace ‘without the interior disposition being put into consonance with the expected effect.’”

Chauvet’s account of magic (and its perils) tends to focus on the category of magic as an instrument that is effective upon the individual (who is always connected to the social body). While his interpretation of Christian identity in a sacramental mode is worth a read by any pastoral minister, he has a limited sense of what magic might consist of. For Chauvet, the “magical” quality ascribed to the sacraments relates to a misreading of the sacraments as tools or conveyers of grace to the individual.

The solution to sacramental magic is to focus on a comprehensive structural process of identity formation. Sacraments aren’t talismans of grace. They work through a process, which he calls symbolic exchange, one in which the divine gift offered in the sacraments is effective insofar as it comes from God’s initiative. And, the reception of this gift “requires…the return-gift of faith, love, conversion of heart, witness by one’s life . . . the ‘validity’ of the sacrament depends on God, its ‘fecundity’ depends on the believing subject.”[ii]

Chauvet’s account of the sacraments retrieves a biblical, liturgical, and ethical account of sacramental grace, one that is praise-worthy for those involved in sacramental ministry. But a problem with his work, and most sacramental theologians working in modernity, is the haste by which magic is dismissed. The dismissal of magic is always linked to a critique of an idolatrous desire to control God, to “instrumentalize” the Christian life.

What is sacramental magic? Sacramental magic means recognizing a power that is not constructed by the technocratic logic of late modern man. The radical separation of magic and religion began among Victorian anthropologists had as its goal the development of an understanding of religion that was concerned more with morality than the supernatural [iii]. Contra Chauvet, it is the elimination of all magic from religion that results in an instrumentalizing logic. Christianity without magic becomes a matter of virtue formation, of self-improvement, not salvation.

As Philip Zaleski and Carol Zaleski write in their book Prayer: A History:

The priest has something of the magician in him; but the magical power of sacrifice derives paradoxically from surrender to power. Ideally, at least all prayer has a dimension of self-transcendence, reaching beyond the ego to a power deeper and higher…The impulse to pray may well be more primal than the impulse to perform magic or offer sacrifice; on one level, it is simply the will to communicate, to make contact with something—anything—beyond oneself…But this much we know: prayer travels through history in the company of the magician and priest. If at times the three part ways and prayer takes the road alone, it still carries tokens of its comrades.[iv]

Magic is not really about controlling God. Christian magic, “good magic,” the deep magic of C.S. Lewis is a matter of surrendering to the invisible logic of a universe created by God. Magic is itself an act of sacrifice. Christian, sacrificial magic operates as a form of enchantment, of seeing a world in which there is more perceivable than meets the eye, a world in which the underlying logic is the self-giving love of the Word made flesh.


Instrumental magic, of course, needs critique. It needs to be purified of a temptation toward idolatry, one in which the human person uses ritual activity to control God.

But the dismissal of magic, in Chauvet, detracts from the desire of late modernity to perceive anew a sacramental universe. Of training one’s sight, one’s senses to see God still active hic et nunc, here and now, in the created order. For sacramental magic is not about the exercise of power over God. It is about recognizing one’s powerlessness.

This “good” magic is not a neurosis that must be eliminated from Christian consciousness at all costs. Instead, it is this good sense of magic as revealing creation as gift, as permeated with divine activity that makes possible the sacramental economy in the first place.

For this reason, it remains deeply Catholic to perceive at least some distinction between the sacred and the profane. Some way that the liturgical rites of the Church do “magically” allow us to enter into a sacred cosmos that is not equivalent to the technocratic practices many of us otherwise engage in. Praying the words of the psalms is a kind of “good magic.” Stopping into a chapel and adoring the blessed Sacrament is a kind of “good magic.” Participating in a pilgrimage is a kind of “good magic” that transforms space itself. It is the way that human beings “gain” power by giving it up.

If you want to restore the centrality of the sacraments to Christian existence, “good magic” must have a place. The sacred must have its place.

Certainly, it is the task of sacramental theologians and pastoral ministers alike to retrieve not merely the sacramentality of Christian existence. But its magic too.