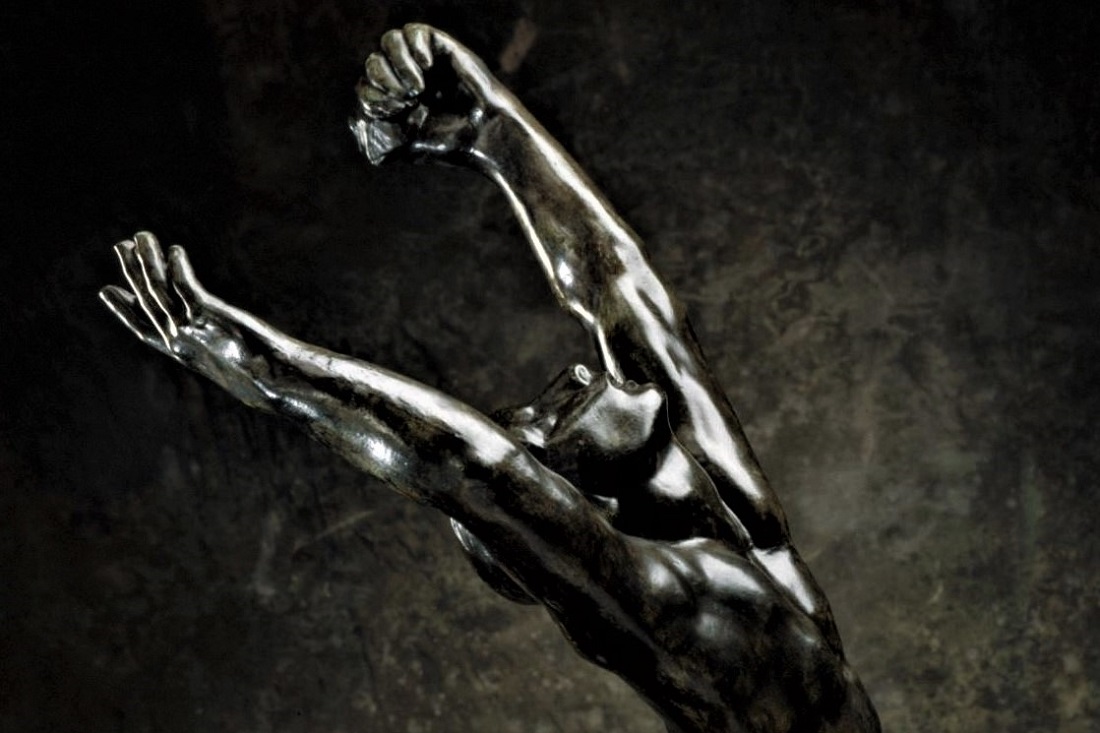 We love stories of a tragic fall and sudden return. When the homecoming occurs, the story is complete. It is, after all, the story of the Prodigal Son: the beloved younger child who went to the distant country and then came home again. That is the whole story, or, so it seems.

Even despite the fact that the parable actually ends with the elder son, the narrative arc for the younger son is more open than we might remember. It ends with these words: “‘for this my son was dead and is alive again; he was lost and has been found.’ Then the celebration began” (Luke 15:24). The story of the younger son’s symbolic death has ended; the story of his life has just begun. We are not accustomed to wondering what it was like for that wayward child to learn to live in his father’s house again, or really for the first time.

Abigail Rine Favale’s Into the Deep is, like the Parable of the Prodigal Son, a conversion story. It is indeed the story of a fall and return, but not only. It is also the story of the agonizing, glorious transformation of one learning to live in this new home. In fact, the story Favale tells noticeably leans in that unlikely direction: 72 pages of her book are devoted to the fall and homecoming while the remaining 113 pages are about what comes after.

Into the Deep is far from just one Catholic convert’s memoir, substantially like all the rest popping up on bookshelves in recent years. This is not conversion followed by pontification. It is instead conversion followed by gut-wrenching humility and a testimony to a thoroughgoing transformation within the household of the Church.

This is not to say that Favale fails to satisfy her reader’s characteristic appetite for tales of rebellion. Indeed, she writes hers with both acuity and stinging humor. The descent into the prodigal’s “life of dissipation” (Luke 15:13) was for Favale no disincarnate reality. It was indeed religious, but also intellectual and bodily.

Each of the three parts of her memoir includes an epigraph from St. Augustine’s Confessions, and the association is apt. Whereas Augustine strives over and over again to cobble together a religious worldview that accommodates his own preferences, so Favale eventually fashioned a Christianity for herself that was, in her own words, “not recognizably Christian.” As she takes account of her own religious innovations, modern American readers will likely recognize the prevalent choreography of modern American religiosity:

In my attempts to explain away and discard all the uncomfortable bits (sin, hell, self-sacrifice), all the offensive bits (masculine lineage, hierarchy), all the improbable bits (virgin birth, resurrection), I gutted Christianity of its salvific meaning to make it safe, palatable, easy (45).

Where did all this revising of traditional Christianity lead her? To an overwhelming feeling of loss, as she describes in one brutally honest journal entry that she recovers from earlier in her life:

In the paradox of this religious longing for everything that she rejects, Favale, like Augustine before her, unearths the deeper story beneath the story of her rebellious decline—that is, the story of her relentless search for abiding.

Favale’s search for abiding was as much intellectual as it was religious. Instead of moving from the Manicheans to the neo-Platonists, Favale fled Evangelicalism for secular feminism. This worldview promised liberation from the oppressive regime of patriarchy, of which traditional Christianity was under indictment as prime progenitor. “I’d become something of an ideologue,” she writes; “anything could be interpreted in a way that confirmed my assumptions about reality. Patriarchy was always at fault, somehow” (26). Secular feminism gave her the power to critique from the outside: the whole system is wrong because it is one giant power structure built upon the myth of male dominance and female subservience.

As she tells it, the irony was that “I turned to feminism to discover the significance of my womanness, and I was initiated into an ideology where womanness itself is ultimately renounced” (118). Just as pseudo-Christianity shorn of the inconveniences of actual doctrine leads to an overwhelming feeling of loss, so too secular feminism’s promise of liberated womanhood left Favale holding a vaporish myth. This myth is “the myth of complete sexual freedom, complete autonomy,” which happens to be based not on female biology but male biology. The distinctiveness of womanhood that Favale was taught to neglect was in fact the female body. “Even as a committed feminist who was very much concerned with women’s bodies, I had never taken the time to actually understand how mine worked. I just swallowed a pill and made sure it didn’t” (139).

This philosophical rebellion into the firm grasp of secular feminism did not, therefore, produce merely intellectual consequences. The way Favale learned to think would not allow her to abide in the facticity of her own body. She forced her body to malfunction so as to align with the dictates of her intellectual worldview.

Yet again, though, Favale’s perceptivity and honesty thwart attempts to reduce the narrative to a single meaning, like that of the “rebellious feminist ideologue.” It is most of all with her own body that the religious and intellectual wanderings collide with the history of her relationships with others, and especially with the oft-hidden wounds others’ disingenuous relations left her. In ways that are stunningly honest and not at all gratuitous in nature, Favale thus speaks of how she was burdened by sexual unions detached from the pledge of lifelong fidelity and openness to new life:

There’s a language that the body speaks during sexual union. A wordless promise of total self-gift. The body says: I am wholly yours; I belong to you; I give myself, even my capacity to create new life, a gift that can’t be taken back. When there are no spoken promises alongside this corporeal speech, the language of the body becomes a lie. With his body, he said: I give myself to you. With his words, he said: I don’t want you (34).

Favale thus unmasks the sinister lie behind uncommitted, contraceptive sex: in one and the same act you are told that you are wholly wanted and wholly rejected. Precisely as a woman, Favale was created to bear the fecund consequences of that pledge within her own body. The key to making sure that false pledge did not reach its natural conclusion was to make sure her body malfunctioned in its reproductive capacity. And so the myth was perpetuated.

The strain to avoid truth was as much emotional and psychological and it was physiological. “I became skilled at lying and pretending,” she writes, “being whomever I needed to be, depending on whom I was trying to please. I was the inverse of St. Paul: I became all things to all men to protect my anxious ego” (14). There is a person here—a whole person—in need of a place to call home; a place to stop changing everything and rather allow herself to be renewed in mind, heart, and strength. The need for conversion is so palpable because it is so human—fully human.

Favale’s “conversion” is masterfully built up, but when the turn comes, it is a letdown. After her deep analysis and sparkling narrativity, what the reader expects to be the climax is “an underwhelming epiphany” (62). Five months later, she enters the Church at the Easter Vigil. Readers want more drama, more confrontation, more conflict. This dissatisfaction stretches into the beginning of the next part of the book—the longer part—where Favale tells of her inner conversion within the Church.

I myself felt this letdown and this lingering dissatisfaction . . . until I did not. Seen now from the perspective of the whole, this letdown is actually part of the book’s beauty and genius. It is capable of revealing to readers our own lust for the dramatic, our attachment to the fall-and-return narrative arc, and our habitual neglect of what Jesus skillfully invites us to ponder in Luke 15:24: the hidden story of that prodigal child’s new life in his father’s house.

Into the Deep is a story of waywardness and homecoming, but even more of woundedness and healing. Since the wounding touched all parts of her, so does the healing. And that takes time. This is where the majority of the book dwells: in the slow, specific, sometimes mundane, sometimes unlikely, sometimes serendipitous ways in which Favale is being healed in the Church, once she gave herself over to abiding there.

I was steadily adjusting to a new way of seeing, as if I’d been living in a dark room, and someone was pulling back the curtains, letting in shafts of light, one by one, until the whole space was illuminated. I was experiencing, for the first time, a full restoration of the Christian cosmos (121).

Notice it is not the cosmos that are being restored; Favale is being restored. She is being restored in and through the Church. This is part of what makes this particular spiritual memoir—one which, like so many others, does recount the story of a conversion—so appealing, refreshing, and even illuminating. It shows even us cradle Catholics what is happening to us over the course of a lifetime lived in the rhythm and within the practices of the Church. “I was never taught that sin leaves behind wounds that also require healing, a kind of restoration that goes beyond forgiveness,” as Favale writes of her Evangelical youth (128). What she is discovering in the Church is just how thoroughgoing is the healing from sin, how much of a person it accounts for. In sum, the full person.

The Dawn of Memory

The concreteness of Favale’s story of “inner conversion” is itself striking. Yes, she addresses the facets of Catholicism most challenging to her, including the all-male priesthood, but none of it is merely doctrinal or intellectual. It all happens through the integration of her mind, habits, and desire through participation in the life of the Church. Understanding came slowly, over time, and is still coming. It is coming, as she shows, through the concreteness of things like taking Communion on the tongue and waiting in line for Confession. It has come through her experience as a mother, before and after entering the Church and has again been a part of her membership in the Church. It has come through her marriage and her prayer for her husband and her family’s unexpected night prayer ritual.

This restoration in and through the Church is also made present in the very act of memory that this book represents. The book begins: “My earliest religious memory is not really my own” (3). As she writes a little later, “It’s hard to construct a coherent narrative” (15). Or again, when recounting an experience where the geographical details in her memory are not precisely the same as photographs show them to be: “in a way, though, the version in my memory is more accurate” (32). These are glimpses of a mystery—the mystery that Favale herself seems not to have crafted a narrative so much as received one. Yet again, Luke 15:24 becomes pertinent because that is where the father reclaims his son’s identity for him when the son no longer deemed himself worthy: “my son…”

Into the Deep is the fruit and exercise of a redeemed memory. It is also, therefore, a testament of profound gratitude, gratitude that becomes almost unimaginably serious in the most haunting chapter of the entire book—“The Edge of the Abyss”—where Favale sees her former way of life teetering on a precipice. With all its charm and humor and realism, this book arrives at the most profound realism of all: it is a story of salvation and nothing less. Salvation, it seems, includes learning to live at home.

Confessions of a Feminist Heretic 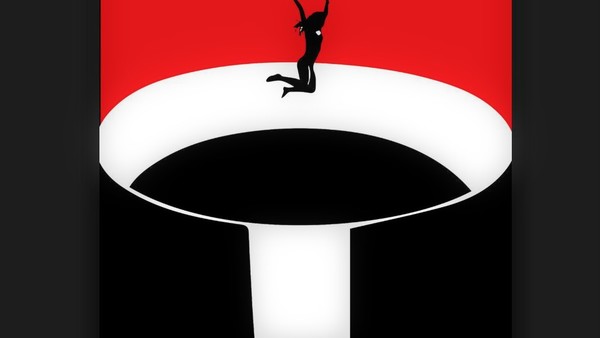