On the night of 15 April 2019 Notre-Dame cathedral’s roof and steeple went up in flames, collapsed, and severely damaged other parts of the medieval church. This tragedy might be followed by another one: the restoration of the cathedral. The French government has decided to organize a competition to restore the cathedral and make it “more beautiful” than before (President Macron) and with a “contemporary touch” (Prime Minister Philippe). It is an odd idea to restore a historical monument by changing its style! We can imagine building a new cathedral in a contemporary style, which sometimes can even be done well. But for Notre-Dame de Paris? The problems go even deeper than that, right into the heart of government-sponsored French secularism, known as “laïcité.”

It has been observed by some that this fire comes at an opportune time to let the French state and the Paris Hôtel de Ville promote a thoroughgoing modification of the island of the Cité where the cathedral stands. Plans for such a modification already exist, but nobody knows if they are truly on the table right now. We can say, without any hesitation, that such an undertaking would be insane. The island counts at least thirty monuments classified and safeguarded as historical, and the island itself is on the UNESCO World Heritage List. The scariest factor in this debate is that the cathedral is no longer the Church’s property, but the state’s. This is a very strange situation—far from what most Westerners consider “religious freedom.” I ought to first explain where this situation came from.

The French Revolution began in 1789 because Louis XVI first convoked the Estates General to address the immense financial problems that the kingdom faced after its support for the American Revolution. The Estates General changed its mandate and became a constitutional assembly, but that did not magically solve its financial problems. That is why in November 1789 the National Assembly robbed the Church of nearly all its goods, even though it had previously said that property is a “sacred right.” At that time, the Church was the main owner of property within the French kingdom. Typical estimates surmise that the Church’s goods made up around 10% of France’s wealth.

But thanks to overblown anticlerical propaganda, which incessantly spoke of clerical selfishness and laziness, this patrimony was used, not only to provide for clerics, not only to support the perpetual prayer foundations (especially in abbeys), but also to finance the whole country’s educational, healthcare, and welfare systems. In reality this suppression of Church property did not help public finances, but allowed some prominent bourgeois opportunists to amass immense fortunes. It was the beginning of what we in France nowadays call “collusion capitalism.” These days this collusion between private billionaires and state elites allows the former to burden taxpayers with the expenses of their failures, yet pocket all the benefits of their successes.

Thus, the French Revolution pulled off the first suppression—very similar to the suppression of the English Reformation. After the Revolution, Bonaparte negotiated a concordat with the pope. The Church abandoned any claims to goods robbed in 1789 as part of this agreement. The state committed to paying for the living costs of the clerics in exchange. One can easily see how much the Church lost in this arrangement: she was not only losing her patrimony, but she was also losing the revenues from this patrimony. Even worse, she was losing her freedom by becoming dependent upon the state for covering the living costs of its priests. However, at this point in history the Church was not as capable of standing up to political power as it had been under the Ancien Régime.

This small compensation was in turn rescinded unilaterally by the state with the 1905 Law on the Separation of the Churches and the State. The concordat was abrogated and all the remaining goods of the Church—especially the buildings, including churches—were taken away. Many other consequences of this law were, and continue to be, contested by French Catholics. This included the prejudicial police investigations requested by the Home Affairs Minister and the decision of the state to change the governance of dioceses. The latter put an association of people elected by every French citizen living in the diocese (including non-Catholics!) in charge of the bishops. A few of these excesses were repealed during the 1920’s. Pacification measures were agreed upon and signed thanks to the “Sacred Union” formed to help fight the First World War.

In the midst of all of this Notre Dame de Paris became state property in 1905, albeit one with a liminal status. The state is the owner of the building, but the Catholic Church is the assignee. That means that state cannot decide, for example, to organize a concert in the cathedral without the agreement of the bishop. Conversely, the bishop cannot remove a statue or an altar without the prior authorization of the state.

Ironically, for many years now, many politicians, journalists, intellectuals claim that the 1905 law is unfair. Not because of the Church was robbed, not because French Catholic religious freedom is trampled upon, but because this law prohibits the financing of mosques by the state. Therefore, we hear some people asking that churches be used by other “assignees.” Such a change would ultimately either pad public coffers by selling churches so that they can be repurposed restaurants, or to allow Muslims to remake them into mosques.

This is the main stake of Notre-Dame’s restoration. We can fear that since the restoration will cost a lot of money (around one billion of euros) that the government will impose new rules upon the Church. It can, for example, impose some entrance fees. The French church never agreed to ask money from people who enter its churches, but Notre-Dame could be the occasion for the first changes in this principle. However, things could get a lot worse: the government could say that its financial support is conditioned upon the Church accepting days where the cathedral would be reserved for non-religious functions.

There are plenty of sponsors who do this sort of thing with other historical buildings in France. This is very commonplace and generally accepted. For example, a big company that gives a big gift for the maintenance of Versailles can ask in return for the privatization of the castle for one evening in order to host its biggest clients. It is mutually beneficial for the government and big business. But in the case of Notre-Dame, the question is: if such an agreement is reached, will it respect the very specific nature of this building? The case of Versailles makes me doubt that. We have recently seen some very strange uses of Versailles as a gallery for modern art. For example, Anish Kapoor randomly dumped large rocks around large iron funnel right in the midst of the royal gardens. This was for the “Dirty Corner” exhibition and his “sculpture” was given the name “The Queen’s Vagina.”

It could be said Notre-Dame was built to be the reliquary of the Blessed Sacrament. It was not built to be a concert hall, nor a gallery of provocatively awful art, and surely it was not built to be a “multi-denominational” space. Neither the president, nor anybody else, is able to change this basic reality. In any case, whatever the amount of their gifts, private and corporate sponsors of the restoration of Notre-Dame should be very careful about what their gift will be used for.

The best way to avoid disappointments such as the ones adumbrated above—or even something much, much worse—is to give directly to the Church and not through state foundations.

Featured Image: Official logo of the French government; Source: Wikimedia Commons, believed to be in the Public Domain. 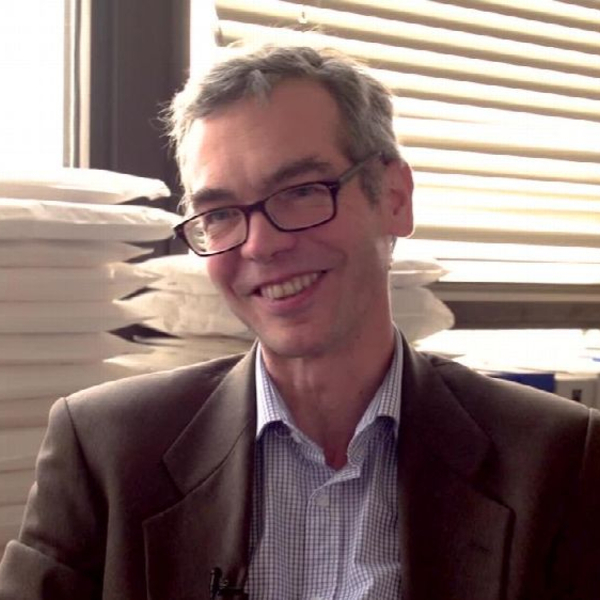 Guillaume de Thieulloy is a publisher and political scientist who specializes in the work of Jacques Maritain. He's also a staffer in the French Senate.