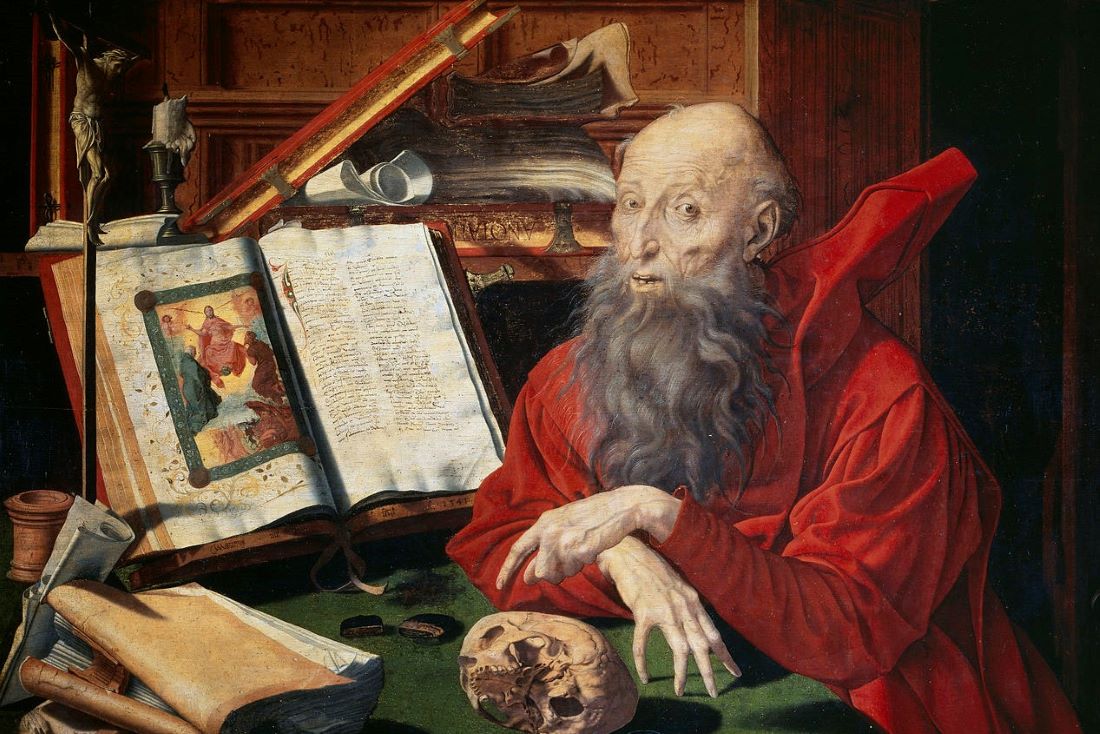 We have no certainty about the author of The Gospel according to Mark. The epistles of Paul mention a Mark who was a co-worker and the cousin of Barnabas, but Mark or Marcus was a common name then. In The Acts of the Apostles there are mentions of a John Mark who was the son of a Jewish-Christian woman in Jerusalem, but his presumed gospel seems to find Judaism a foreign religion and his description of the geography of Palestine is frequently faulty so there’s cause for doubt. Hippolytus of Rome maintained that Mark the evangelist, Mark the cousin of Barnabas, and the John Mark who accompanied Paul in The Acts of the Apostles were the same man, one of the seventy disciples sent out by Jesus to proselytize. But Eusebius of Caesarea linked him to the apostle Peter as a companion and interpreter among the Greeks. Peter’s sermons, Eusebius claimed, became the basis for this gospel. It was said that a Mark founded and became bishop of the Church of Alexandria in 49 CE and the Coptic tradition states that he was martyred in 68. Yet, there is still no firm linkage to the gospel we have before us. Even the attribution “According to Mark” was not on the oldest gospel text we have.

I imagine him as a serious, enthusiastic, extroverted young man, even initially an adolescent, who first heard the compelling stories of Peter about his Lord Jesus in some Greek locale, became a devoted disciple, and followed the apostle to Rome, where he also met Paul. He was wowed by both of them. There is so much that is headlong, hurried, panting, and overtly passionate in his narrative that it is impossible to think it the considered product of an older man or woman. Note how often he uses the words “Suddenly” or “Immediately.” The speed of development in his gospel bespeaks the vitality and impatience of youth.

I imagine him accumulating the facts of the life of Jesus that Peter and Paul were sure of and collecting them in a narrative that he could speak aloud to listeners in whichever ecclesia he visited, probably those in and around Rome, and counting on his conviction, earnestness, and fervor to conquer any skepticism from his listeners.

Characteristic of his good news is an amazing vividness of detail, as in the description of the insanity and convulsive struggles of the Gerasene demoniac. Compare Mark 5:1–20 with the scene in Matthew 8:28—9:1, where there are two madmen drunk with evil who “were so fierce that no one could pass that way.” That’s as full as the description gets.

Whereas in Mark we hear of just one man with an unclean spirit whose fierceness is given particularity and the immediacy of drama. “He had often been restrained with shackles and chains, but the chains he wrenched apart, and the shackles he broke in pieces; and no one had the strength to subdue him. Night and day among the tombs and on the mountains he was always howling and bruising himself with stones” (5:3–5).

Look at Luke 8:43–48 concerning the “woman who had been suffering from hemorrhages for twelve years.” There are many similarities to Mark’s portrayal in 5:25–34, but Luke “The Physician” considers the bleeding woman in a far more aloof, objective way and summarizes that “though she had spent all she had on physicians, no one could cure her.”

Whereas Mark sympathizes with her frustration with medicine in noting “she was no better, but rather grew worse” (5:26). Mark also gives the scene greater intimacy by entering the mind of the afflicted woman and permitting her to state her intention: “She had heard about Jesus, and came up behind him in the crowd and touched his cloak, for she said, ‘If I but touch his cloak, I will be made well’” (5:27–28).

In his treatment of Jesus himself, Mark indicates emotions and interiority that are often missing from the other gospel accounts. Jesus meets a leper and is “moved with pity” (1:41). When he warns the cured leper not to speak of his healing to the priests, he does so “sternly” (1:43). In 6:6 Jesus is rejected by his former friends and neighbors in Nazareth and is “amazed at their unbelief.” Questioned by Pharisees in 8:11, Jesus’s exasperation is telegraphed by Mark saying, “he sighed deeply in his spirit.” And when he is asked by the rich man what he must do to inherit eternal life, “Jesus, looking at him, loved him” (10:21).

Seemingly like Mark himself, Jesus is in a hurry, an urgency communicated by rapid shifts in scenes and continuing use of “and” as if only the conventions of grammar kept him from writing his gospel in one long sentence.

It’s only as Mark nears the account of Jesus’s Passion that the pace slows down. His final day of betrayal, trials, and crucifixion is even given novelistic suspense by a conscientious notation of the hour when various events occurred. In meditating on this gospel, I once found myself dreaming that Jesus and I were on the banks of a brook. Jesus told me he had to cross it and enter Holy Week, for “I am my death.” I haven’t yet solved the meaning of that announcement, but it seems a sentiment shared by Mark.

Another way in which he increases suspense can be seen in chapter 6. Jesus orders the Twelve to go out among the villages, tell the good news, cast out demons, and heal the sick (6:7–13). However, Mark interrupts that account with the famous story of Herod’s beheading of John the Baptist in 6:14–29, only to go back to the apostles who have returned from the villages and report “all that they had done and taught” (6:30). In biblical scholarship it’s called “the Markan sandwich”; in film it’s called “cross-cutting.” We see an activity, jump to another locale, and learn what’s happening simultaneously, then go back to the original event, either to contrast the separate narratives or to interpret them. In this case, Mark is foreshadowing the beheadings and crucifixions that would be visited on most of the persecuted apostles within forty years.

Because this gospel seems to have been initially an oral narrative, Mark needed to repeat crucial words and phrases for the comprehension of his listening audience, to give them common purchase by echoing familiar Old Testament texts, to hint at future occurrences while also reminding them of things past, and to provide “asides” that educate a Gentile population about customs, geography, and vocabulary that would have been foreign to them. Essentially, he is a good teacher who simply and compellingly guides his students to his core proclamation: that there once was a man among them who was also the Son of God, and he was crucified but rose from the dead as a sign of the salvation that he promised all who had faith in him.

As a fiction writer, I’m overwhelmed by the stunning artistry of this gospel, in the interweavings of his tapestry, with no thread frazzled or forgotten, no scene without vibrant color or meaning. Everything in this gospel is necessary, and as with the finest poetry one can find something new with each reading.

I once worked in a parish’s pre-catechumenate where we coaxed those who were making their first hesitant steps toward entrance into the Church, often with no religious training in their background. I made the suggestion to one middle-aged man that he experience the gospel just as villagers did when the evangelist we call Mark proclaimed it: that he read the whole narrative in one sitting—it’s just thirty-five pages long in the Bible I use. I did not see that man again until one weekday Mass when the newly-minted Catholic rushed over to shake my hand and thank me for that introduction to Christianity. He was, as we say, blown away—not just by Mark’s powerful storytelling nor his wondrous assertions about Christ, but by the limerence he felt for Jesus and the way that emotion seemed reciprocated by genuine, holy, everlasting love. Such is the grace available to all who read this great gospel.

EDITORIAL NOTE: This excerpt is adapted from the chapter "On the Gospel According to Mark" in Hotly in Pursuit of the Real: Notes Toward a Memoir (Eugene, Oregon: Slant Books, 2020), 33-37. Reprinted by permission of Slant Books,an imprint of Wipf & Stock. 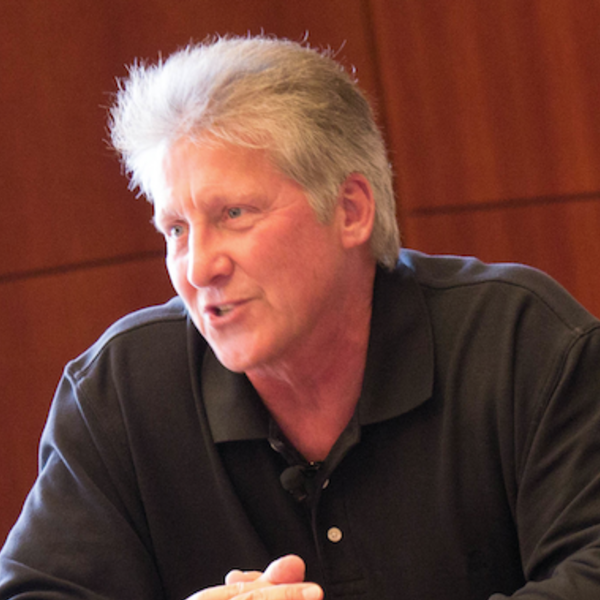 Ron Hansen is a deacon and the author of ten novels, two collections of stories, and, most recently, the memoir Hotly in Pursuit of the Real: Notes Toward a Memoir. He is currently Gerard Manley Hopkins, S.J. Professor in the Arts and Humanities at Santa Clara University in Northern California.

Augusto Del Noce ponders the fate of Communism after 1989 in his last publication. 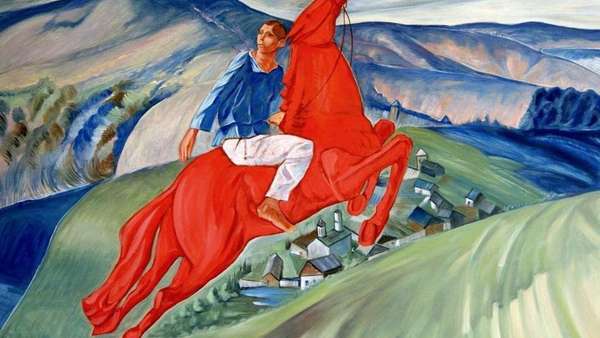