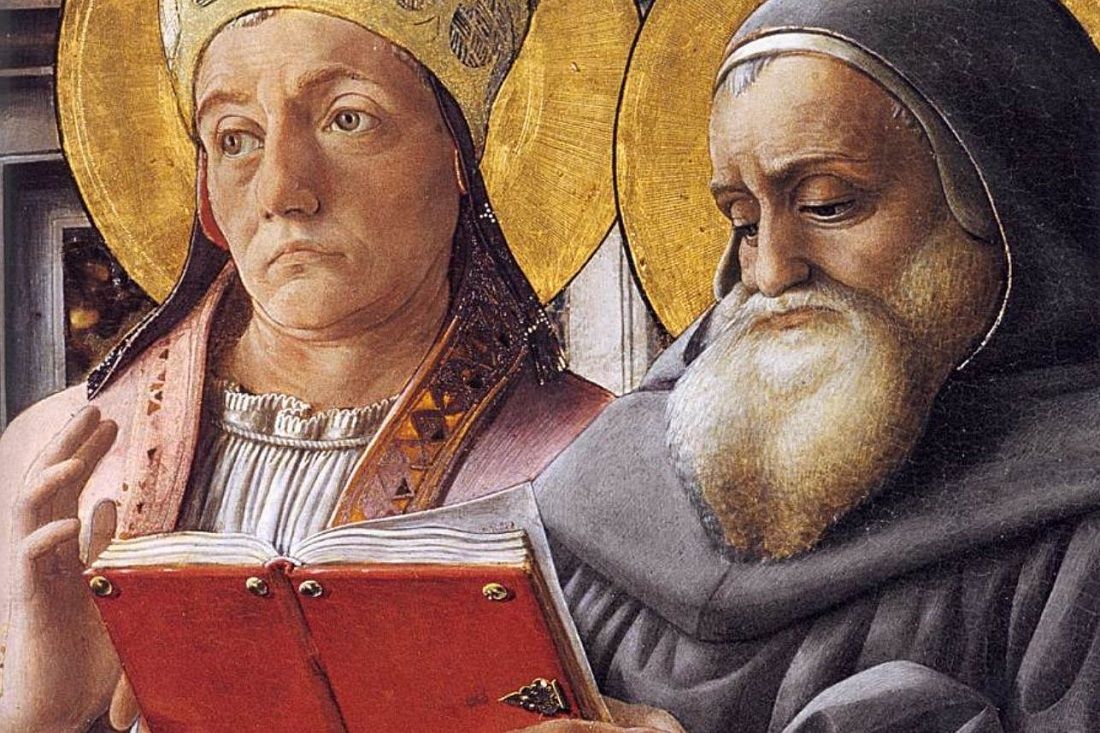 I am delighted to have participated in the 3rd incarnation of the Conference on the Catholic Literary Imagination and to have seen so many friends gathered for what has become a ritual we enact every two years. It was a privilege and a pleasure for us to be together at Loyola Chicago University for three days in September. Thinking about this gathering, I am reminded of the beautiful Jewish hymn traditionally sung at the Sabbath Feast, Hine Ma Tov. Its lyrics are the first verse of Psalm 133, which is translated in the Kings James version of the Bible as "Behold, how good and how pleasant it is for brethren to dwell together in unity!"

The Sabbath Feast is, actually, a fitting metaphor for what we did at the Loyola Chicago Imagination Conference: Taking time out of our ordinary lives to set aside work, put on our party clothes, sit down at the laden table, light the candles, say a prayer of celebration—many prayers, in fact—and break bread together. All of us brought gifts with us to the Sabbath Feast—our poems and plays, stories and novels, films and memoirs, biographies and journals, essays and lectures—artistic creations of every kind. We lay these on the table for all to partake of and enjoy. Here, take, eat, we said. It is "eucharist" by another name.

I was struck anew by the generosity of this whole enterprise.

Four years ago, Dana Gioia opened up the doors of the Caruso Center at USC for our first Sabbath Feast. It was a historic moment. For the first time ever, over 200 Catholic writers and readers gathered in the warm sun of Southern California to celebrate the abiding presence of the Catholic Imagination in literature and art and to ponder its future. Many of us met there for the first time, learned about and listened to one another’s work, and so enjoyed the experience we knew we had to do it again.

Two years later in 2017, I was fortunate to serve as host for our second Sabbath Feast at Fordham University in the heart of New York City. The Curran Center for American Catholic Studies threw open the doors of our Lincoln Center Campus, just a few blocks from St. Patrick’s Cathedral, holy ground for American Catholics, and celebrated the work of Catholic artists with a special emphasis on New York City writers and the influence of the Jesuit charism on the world of art and the imagination. The conference grew in numbers—over 400 readers and writers passionate about Catholic literature gathered there. Once more we knew we had to do this again, and I was thrilled to be able to announce at the closing session of that conference that the good people of the Hank Center for the Catholic Intellectual Heritage at Loyola Chicago had volunteered to host the third gathering.

And so we found ourselves, two years later, grateful recipients of the hospitality of Michael Murphy and his colleagues participating in yet another historic conference. Our community has grown again in numbers—for that is what we have become, not just a conference but a community. Nearly 500 of us came to the center of the country to participate in our biennial reunion and celebrate the Catholic Imagination with a special emphasis on the contributions of artists from the Midwest.

The symmetry of this progression is a thing of beauty and even suggests a providential design: from the West Coast to the East Coast, from the margins to the Middle.

I am grateful for the chance to offer some remarks on the nature of our ongoing enterprise, to celebrate how far we have come and to speculate on where we might go from here.

I am happy to observe that the State of the Catholic Imagination in America is vigorous and flourishing. There are many outward signs of that flourishing. I will list a few of them:

There are more and more writers—especially younger writers—who are willing to self-identify as members of a community of Catholic writers. As I mentioned in the remarks I made at the first Catholic Imagination conference: there was a time when some Catholic writers felt pressured to disguise our Catholicity. To identify as a Catholic at a secular literary conference meant immediate loss of IQ points in the estimation of one’s literary colleagues. I am not saying this does not happen anymore, but I do believe that as more and more Catholic artists have become prominent and openly discuss the relationship between their vocation and their spiritual and cultural formation as Catholics, it is becoming more acceptable to be Catholic. We have proven that we can be faithful and also be smart, that we can be Catholic and good at our art. Granted, this is a ridiculous thing to have to prove, since many of the world’s greatest artists have been Catholics, from Dante and Michelangelo on down, but it is the cost of living in an era of unbelief. No one felt this more keenly than Flannery O’Connor, who describes the dilemma of the Catholic writer in “The Fiction Writer and His Country”:

When you can assume that your audience holds the same beliefs you do, you can relax a little and use more normal means of talking to it; when you have to assume that it does not, then you have to make your vision apparent by shock—to the hard of hearing you shout, and for the almost-blind you draw large and startling figures” (Mystery and Manners, 34).

O’Connor found a way to convey the counter-cultural nature of her vision, as every Catholic artist must. She also serves as a model for many of us as an artist confident in the power of her work and confident in the truth of her vision. Flannery, who died at 39 of lupus, is also forever young: perhaps this is, in part, why many younger Catholic writers find that she gives them permission to be forthcoming about the role Catholicism plays in their art.

In Gioia’s essay “The Catholic Writer Today,” he mentions that there are at least three different degrees of Catholic writers: those who are practicing Catholics, those who do not practice but who remain culturally Catholic (and whose vision is shaped by Catholicism), and those who have become anti-Catholic (writers who have broken with the Church but remain obsessed with its failings and injustices, both genuine and imagined). The spirit of our conferences has been radically small-“c” catholic in the sense that all three of these degrees of Catholic writers are welcome. This is a big-tent, as opposed to a narrow gate, and so we offer a seat at the Sabbath table to whoever comes. To quote a particularly notorious example of the anti-Catholic writer—one who remains ever near and dear to our hearts—James Joyce, “H.C.E” (his shorthand for Catholicism) might be the unofficial motto of our biennial conference: “Here Comes Everybody.” The invitation to this community extended to all Catholics—and to non-Catholics, as well. Anyone who was passionate about the Catholic Imagination was welcome here, an attitude which helped foster ecumenical conversation, literary friendships and partnerships that cross religious boundaries, and a sense of accompaniment and shared purpose as we make our individual literary and artistic pilgrimages.

I promised at the outset to say something about the possibilities for the Future of the Catholic Imagination, and I will make just a couple of observations:

And so I return to my first thought with which I began these remarks: the call to community.

Walker Percy once said of his life as a writer,

There is no occupation in the universe that is lonelier, and at the same time depends more radically on a community, a commonwealth of other writers . . . As lonely as is the craft of writing, it is the most social of vocations.

For Percy, the gift of community redeems the lonely work we as writers do. I like to think he would have found himself glad and grateful to be among us in Chicago. And though he could not be present in body, he was surely in Chicago in spirit. Catholics believe in the communion of saints, and all of our writers—both the living and the dead—belong to this communion.

Hine Ma Tov, as the Sabbath hymn goes. "Behold, how good and how pleasant it is for brethren to dwell together in unity!" 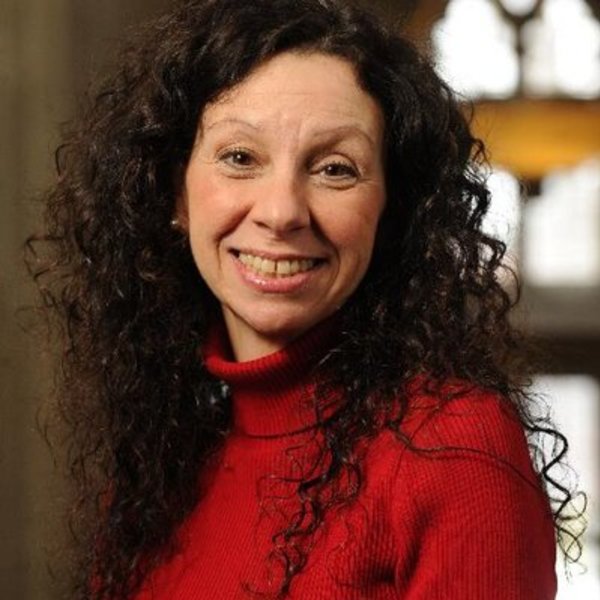 Michael Shindler, a writer based in DC, inspects the coherence of Hagglund's secular faith 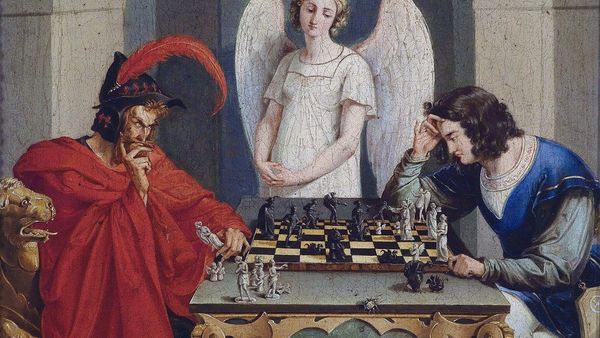