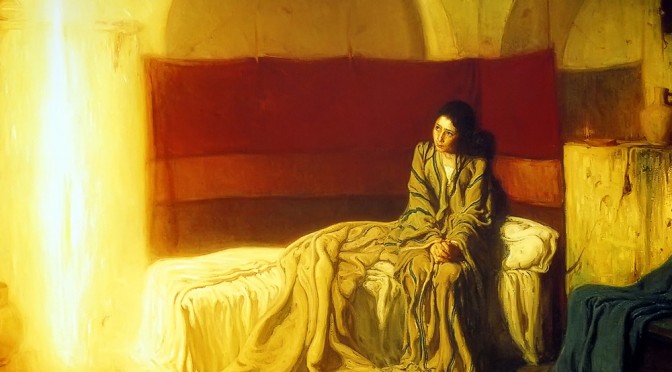 Senior year of high school started just as one would expect it to. I hit the ground running juggling school, sports, student council, clubs, and the dreaded college application process. My friends and I trudged along with hopeful anticipation for second semester. Our minds were occupied with the anxieties of college decision letters and the typical stresses of senior year. Nothing else seemed to matter beyond application essays and SAT scores. That is until March.

I remember getting the news at my soccer banquet in line for pizza. I got a text in a group chat that read, “Greg fell on his long board and is in the hospital.” I knew a group of guys in my class rode up and down different hills around the valley. They documented almost every long boarding session with a GoPro. The 5-minute videos often appeared in my newsfeed. I figured he had fallen and broken an arm or leg, but certainly nothing serious. Surely they got it on film and there’s probably a funny story behind it. My phone buzzed again: “He hit his head.” Okay, so he must have gotten a concussion, he’ll be back in a week or two. Right?

I realized how serious it was the next morning in class. There was a gloominess hanging in the room as we filed through the classroom door. The room wasn’t full of the usual pre-class chatter and several of the guys were missing; they were still at the hospital. The murmurs began to circulate, “Greg had suffered a brain injury and was in a medically induced coma.” What? It was announced that with our parents’ permission we could check out and go to the hospital. As the day progressed, more and more of my classmates left and finally, in the class before lunch, I drove myself and three others to do the same.

The twenty-minute drive felt like an eternity spent in anxious silence. It felt unreal. Xavier students, still in uniform, had taken over the waiting room of the ICU and even spilled outside to the grass. Everyone had serious and contemplative expressions. Some were talking to each other, but most sat in silence or mindlessly scrolled through Facebook and Instagram. The guys who had been there since day one were finding some relief in kicking around a hackie-sac. But where was Greg?

We were allowed to visit him in small groups. After an hour of watching groups enter and return pale-faced and in tears, my turn came. We were escorted past two sets of double doors warning unauthorized personnel to keep out and given a healthy squirt of hand sanitizer. We arrived at small circular corner room and Greg, a friend and classmate since kindergarten, was lying there on a ventilator connected to several monitors and a tube draining fluid from his head. We crowded around awkwardly on eggshells trying not to disturb any of the machines. After two minutes of listening to the rhythmic breathing of the ventilator and watching Greg’s chest rise and fall in sync with it, the nurse—who seemed strangely energetic and optimistic—encouraged us to talk to him and to touch him. Soon funny stories were recalled and the small room filled with a kind of strained laughter. I placed my hand on his leg only to find that it was clammy. The whole ordeal lasted ten minutes. As we shuffled out I had a rock in my stomach. I did not know whether to be sad, hopeful, angry, or some mixture of all of them, so instead I was numb. I couldn’t decide what to feel so I shut off my emotions all together. It would be the last time I saw him.

I’m not a crier, but that night, at a prayer service held across from the hospital, I bawled on the shoulders of people I hadn’t seen in years, of people I saw every day but rarely spoke to, and of my closest friends. It wasn’t until a few weeks later that I realized the importance of this moment and others like it that occurred between my classmates and me. During Greg’s time in the hospital and soon after his passing we shared several unifying moments as a class. We ate lunch on the quad together (all of us, not in our usual cliques), we joined hands and prayed in a circle in the gym together, and we went back to class together. It was hard and often the empty desk would cause the class to erupt into tears. In my calculus class of only ten people, the tears started with Caroline and Tyler, then Nina, then Logan, then me, with Ms. Wilson doing her best to restore some sort of stability by teaching through it. English started with James. Economics started with Meg. We were a mess, but we were together. Suddenly college decision letters, final grades, and everything else that seemed so important was shoved aside. For the first time in a while, my mind was not occupied with the near future but instead present in the moment.

Now, over a year later, trying to assign some sort of lesson to Greg’s death doesn’t sit right. Greg’s life amounted to more than “always wear a helmet.” Looking back, I can see that what mattered was being together, because God was in the togetherness. I originally came to this realization sitting at the notoriously long stoplight across from my house. A song I used when I led a senior retreat came on the radio, and I cried for the first time that week. I didn’t cry out of sadness, but out of love. I couldn’t help but think how thankful I was for my class. I saw God in my classmates. He had been with us the whole time. He was in the shoulders I cried on. He sat with us in the waiting room. He circled with us to pray in the gym. As long as I was with my classmates, God was with me. I have faith that he was with me even when I was alone, but when I was with my classmates, God was visible.

Just when I expected to find loneliness and separation, I found love. During the days of uncertainty and after his death I did not want to go home, because that meant being away from the only other people who seemed to know what I was going through. Like never before I loved my classmates, even the ones I didn’t regularly speak to. I loved them as they cried on my shoulder and I on theirs; I loved them as we recalled old times and jokes from freshman year; I loved them as we stared blankly at the white board, I loved them as we prayed together. God was in them and I loved them.

Greg showed me first-hand that God is present even in the worst of times, despite our ability to see him. It is a lesson that allows me to have faith in God’s presence even in the midst of darkness.

His eye is on the sparrow,
And I know he watches me.


Isabella Bianco is a junior at the University of Notre Dame and was a 2014 Notre Dame Vision Mentor-in-Faith.