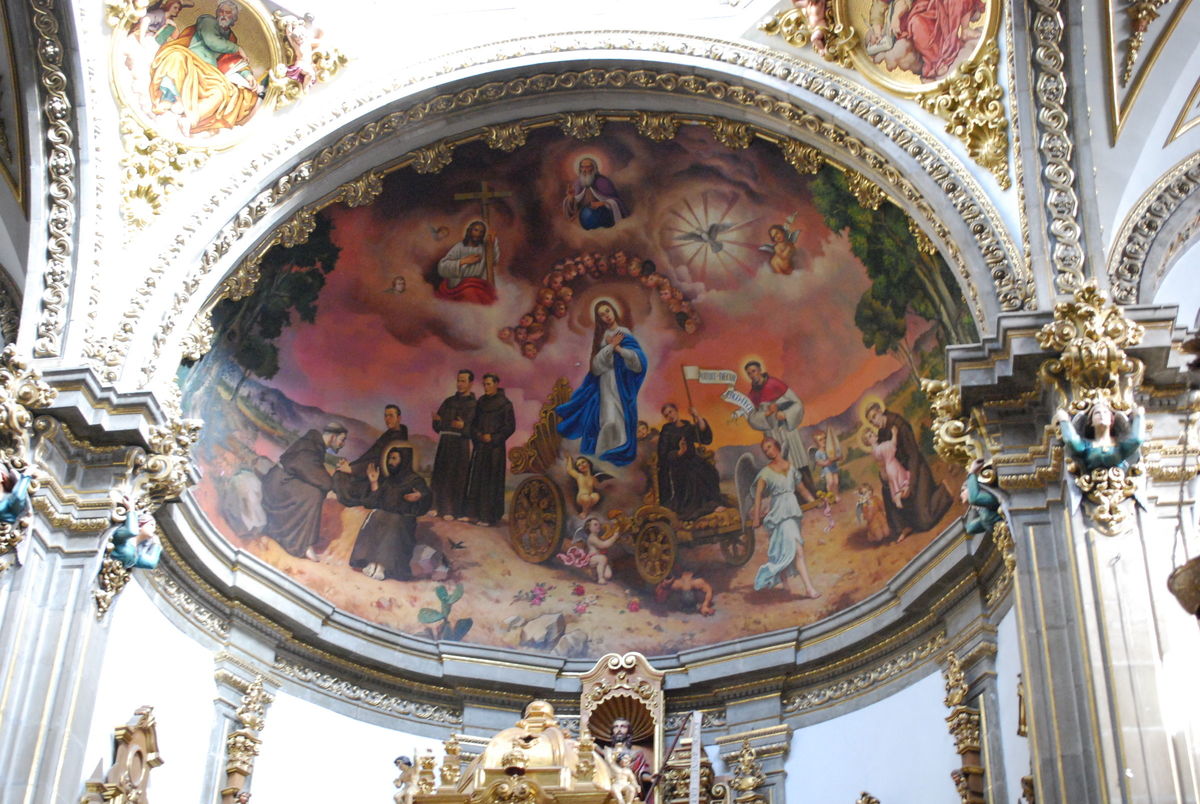 As I write this week's editorial musings, the McGrath Institute for Church Life is engaged in final preparations for our annual summer programming. We will welcome to the University of Notre Dame liturgical and sacramental catechists, facilitators of our online theological education program, youth and campus ministers, high school students, young adults, teachers of science and religion, priests from around the country, and master's students preparing to work in ministry in the Church.

Our summer programming functions as a kind of sacramental sign of the Institute's mission in the Church. Through nourishing the Catholic imagination of those ministers with whom we partner, we seek to renew the life of the Church.

The language of imagination and renewal has been chosen with great care. The imagination is not a matter of mere fancy, engaging in a "make-believe" world. The imagination is that capacity that we have as human beings to see the world anew through the images and narratives that nourish us. As James K.A. Smith writes about the formation of the imagination:

. . . we are metaphorical animals, imaginative animals, poetic animals, 'storied' animals. We act in the world more as characters in a drama than as soldiers dutifully following a command. We are acting out of a script, improvising in an unfolding drama, taking on a character in a story that has captivated us at a level we might not even be aware of. We come to 'see' ourselves in a certain way...because we have absorbed a narrative that now functions as the background drama of our existence (James K.A. Smith, Imagining the Kingdom: How Worship Works, 127).

The present state of Church life is dominated by a reduction of narratives. There is a political narrative that reduces the Church into "liberal" and "conservative" factions, confusing ecclesial communion for the politics of the present age. There is an anti-intellectual narrative in the Church, which is concerned fundamentally about the creation of certain feelings, certain affections that are easily moved but not sustained. There is a myopic view of the Church's history, a refusal to engage the entirety of the Tradition, focusing instead only on that part of the narrative that conforms to our vision of reality. There is an implicit narrative of pastoral tedium, a reticence to try new approaches to theological education, to catechesis, and to liturgical and spiritual formation.

These reductions are healed through a theological education and formation that retrieves images and narratives that nourish our intellectual and cultural life in the Church.


The McGrath Institute for Church Life thus seeks to offer summer programming that nourishes every dimension of the imagination, retrieving the great treasures of the past to renew the Church today.

This language of renewal has also been intentionally chosen. Language such as "reform" or "revolution" is attractive to the late modern person. We want to see the Second Vatican Council as a "revolution" in ecclesiology. We want to see every interview, every document released by Pope Francis as "revolutionary." The language of reform or revolution can easily become a dismissal of the inspired nature of the Church through history, a desire to tear down the present for some utopian future that we will construct. It can become an individual's desire to "reform" the Church in his or her own image and likeness.

Yet, renewal is different. We have to admit that the Church is always in need of renewal (and perhaps especially in our own time). The present institutional structures of the Church, in particular, came into existence in an age in which Catholicism had a standing within the public sphere. Parishes could be built on every street corner by immigrant populations in the Northeast and Midwest. Catholic schools, colleges, and universities could attract students by offering a liberal arts education grounded in theology and philosophy. Theological education could mostly be offered to both clergy and religious, who would sustain the various apostolates of the Church.

This is not the present state of society or the institutional Church. The growth of the Church in the United States is not in the Northeast or Midwest but in the South and Southwest. Hispanic immigration is changing the culture and shape of American Catholicism. Theological education (and thus pastoral work) is accomplished by lay Catholics. New educational institutions, centers for spiritual and theological renewal, must be built in the South and Southwest.

At the same time, the Church has come to recognize the genius of particularity. In the 1960s, there was a rush in catechesis, in liturgy, and in Catholic education to "translate" the particular truth claims of Catholicism into a language that the modern person could understand. But as Pope Francis notes in his Evangelii Gaudium:

All Christian formation consists of entering more deeply into the kerygma, which is reflected in and constantly illumines, the work of catechesis, thereby enabling us to understand more fully the significance of every subject which the latter treats. It is the message capable of responding to the desire for the infinite which abides in every human heart. The centrality of the kerygma calls for stressing those elements which are most needed today: it has to express God's saving love which precedes any moral or religious obligation on our part; it should not impose the truth but appeal to freedom; it should be marked by joy, encouragement, liveliness, and a harmonious balance which will not reduce preaching to a few doctrines which are at times more philosophical than evangelical (no. 166).

In this sense, the renewal of the Church's preaching, teaching, and works of service must go through the particularity of the kerygma. The Church is not merely a social institution like the Lions Club. The Church is not the sum of her schools or her parishes. She is the first fruits of the renewal of humanity accomplished through Christ. And the particularities of her teaching, of her preaching, of her material and intellectual culture (among every culture), are integral to the renewal of the Church.

The McGrath Institute seeks to retrieve the particularities of the Catholic imagination to assist in this renewal of the Church among catechists, liturgists, theologians, teachers, clergy, young people, and scientists. The particularities of the Church are not found simply in the halls of the University or at the Vatican itself. Instead, we find the particulars of ecclesial life as lived out among the faithful, as incarnate in art and architecture, in music and poetry, in popular piety and in the domestic Church. In this way, the renewal that we seek to enact in Marian in character. As Pope Francis himself notes:

There is a Marian 'style' to the Church's work of evangelization. Whenever we look to Mary, we come to believe once again in the revolutionary nature of love and tenderness. In her we see that humility and tenderness are not virtues of the weak but of the strong who need not treat others poorly in order to feel important for themselves. Contemplating Mary, we realize that she who praised God for 'bringing down the mighty from their thrones' and 'sending the rich away empty' is also the one who brings a homely warmth to our pursuit of justice. She is also the one who carefully keeps 'all these things, pondering them in her heart' (Lk 2:19). Mary is able to recognize the traces of God's Spirit in events great and small. She constantly contemplates the mystery of God in our world, in human history, and in our daily lives. . . This interplay of justice and tenderness, of contemplation and concern for others, is what makes the ecclesial community look to Mary as a model of evangelization (Evangelii Gaudium, no. 288).

It is instead to retrieve a Marian character to Church Life, one that begins by contemplating the gift of divine love revealed in the world, and then responding to this love through a maternal concern for the least of these in the world: for the poor, for the lonely, for those who long for light in the midst of darkness.

This is a renewal that nourishes the imagination.

This is the McGrath Institute for Church Life.