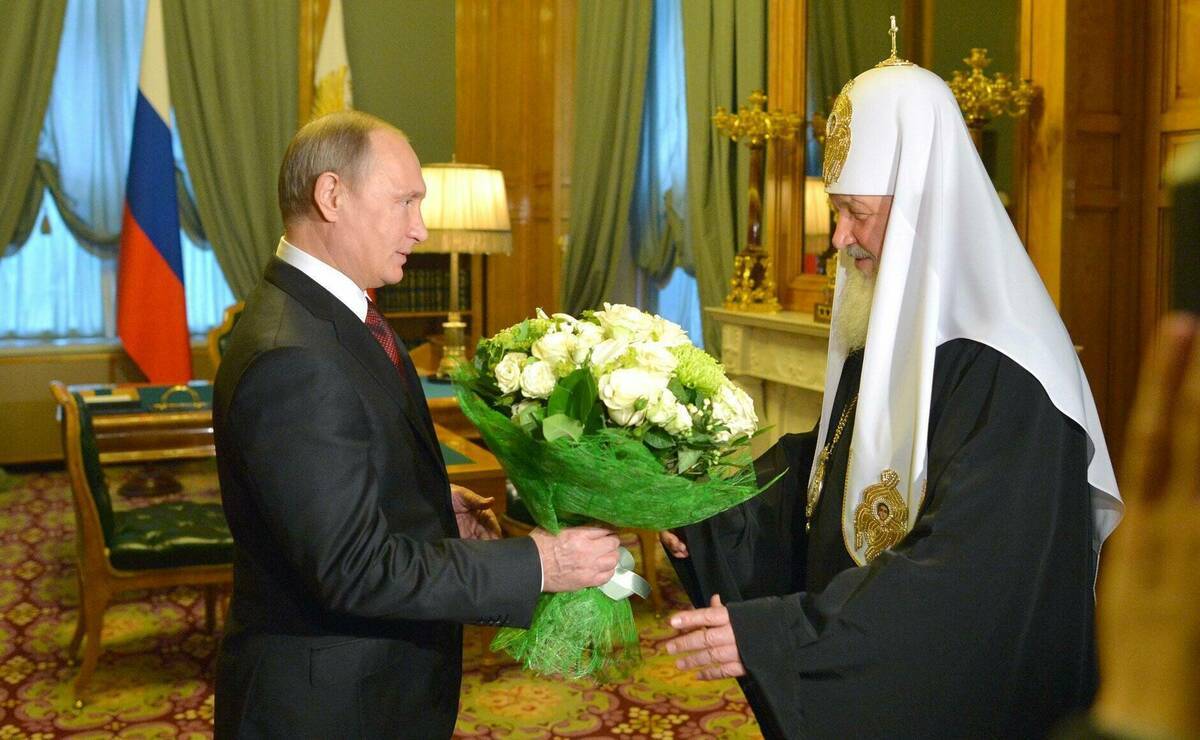 After the fall of Communism in the early part of the 1990s, most of the Orthodox world was thrust into a situation of political upheaval for which it was not theologically prepared. Communism was to be repudiated—that much was clear. But the role of the Orthodox Churches within the changing cultural and political landscape of Russia, Romania, Yugoslavia, Bulgaria, Georgia, and Armenia was not clearly envisioned. At first, it appeared that the Orthodox Churches in these formerly Communist countries would embrace democratic reforms as the antithesis to Communism. When faced with concrete situations, however, their attitude to democracy was more ambivalent.

Such was the case when Russia was bombarded with evangelical Christians attempting to re-evangelize what they thought was a godless country, no doubt inspired by proclamations similar to the one given by Pat Robertson, who on his Christian Broadcast Network showed a map of Russia and declared that Russia had never known of Christianity. In addition to the issue of religious pluralism, these newly emerging democracies would be faced with issues such as the role of religion in public schools, religion on identification cards, chaplaincy in militaries, and state financial support of the institutional church.

Finally, the negative portrayal of the Serbian people by the media during the Bosnian and Kosovo wars would contribute to an Orthodox sensibility that became mistrustful of all that was Western, including the basic principles of democratic liberalism. The post-Orthodox Communist countries were confronting this new situation virtually without any grounding. What emerged in the decade of the 1990s was an Orthodox world that was not really sure how it felt about Western democratic liberalism.

The first major event that would highlight Orthodox ambivalence is the by now infamous “Russian Law on the Freedom of Conscience and Religious Association.” After a period of embracing religious pluralism, the Russian Orthodox Church (ROC) soon realized that Russia was being flooded with evangelical money proselytizing Russians toward evangelical Christianity and, thus, away from the Russian Orthodox Church. At that time, the ROC did not have the financial resources to compete with American evangelicals, so it supported the law that restricted religious freedom. In response to the criticism that such a law is a violation of a basic human and democratic right, the argument was made that the restriction of such a right is warranted for the sake of the unity of Russian culture. In other words, since Orthodoxy has been integral to the history and formation of Russian culture, it has the right to privilege within Russia and the legal protection of that privilege.

Not long after the Russian law was enacted, an ROC Bishops’ Council released in August 2000 a comprehensive social document, The Orthodox Church and Society: The Basis of the Social Concept of the Russian Orthodox Church, together with Basic Principles of Attitude to the Non-Orthodox. The Social Concept reaffirms a 1994 Bishops’ Council declaration that “the Church does not give preference to any social system or any of the existing political doctrines” (3.7). The ROC does not advocate democracy, nor does it reject it; implicit is an acceptance that democracy would be the de facto modus operandi for Russian society for the foreseeable future. Given the new democratic situation in Russia, however, the Social Concept clearly affirms that it would not be one in which there existed a strict wall of separation between church and state. Even if the ROC rejects any formalization as a state church, it is indicating that it expects a symphonia between the church and state, in which the state would guarantee Orthodoxy a privileged placed within Russian society, and the church would do its part to promote the construction of civil society within Russia.

The Social Concept rejects a democracy that is based on the marginalization of religion in the public realm, the latter being defined as morally neutral. It sees its role as promoting a civil society that is under a moral canopy approved by the ROC. Furthermore, although it does not repudiate religious pluralism, it is clearly a managed pluralism that does not threaten the primacy of Orthodoxy within Russian culture. It also promotes the teaching of the place of Orthodoxy within Russian history and culture, the teaching of the faith to Russian Orthodox students, and moral education to non-Orthodox students. The form of government is, thus, irrelevant to the ROC, so long as it helps the ROC reconstruct and maintain an Orthodox culture, which, theoretically would value the inviolable dignity and equality of all participants within the culture. As a result of Russian history, and because of a theological perspective that does not accept the privatization of religion, the ROC expects Orthodoxy to be privileged in Russian culture, and for such privilege to be facilitated in the various spheres of society.

In addition to this law and these documents, at the Joint Russian-Iranian Commission on the “Islam-Orthodoxy” Dialogue held in Moscow in June 1999, then Metropolitan Kirill of Smolensk and Kaliningrad, Chairman of the Department of External Relations of the Moscow Patriarchate and presently Patriarch of Moscow, and Aya Mohammed Ali Taskhiri, president of Iran’s Culture and Islamic Relations Organization, expressed their unified stance in protecting their traditions against what they perceived as an attack from Western liberal values. All the documents released by the ROC, together with statements made by high-ranking ROC hierarchs, are consistent in their attack on what they describe as an inherently antireligious, liberal, atheistic humanist agenda that is individualistic, narcissistic, and mutually exclusive with Orthodox understandings of the person. This atheistic humanism is the reigning ideology of the United States of America and Western Europe, and the ROC does not want Russia to follow that path.

A similar post-Communist ambivalence to democracy is evident in Romania and even in Greece, which escaped Communist oppression. The situation in Romania parallels that of Russia, in which the Romanian Orthodox Church is attempting to maintain a critical distance from the state while advocating for the formation of an Orthodox culture. The church in Romania is attempting to effect a model of managed pluralism, where the teaching of Orthodoxy is privileged in public education, and in which Orthodox moral principles shape public morality on issues such as abortion, homosexuality, and legalized prostitution. In Greece, the relations between the Church of Greece and the state are always in flux, even if Orthodoxy is the constitutionally established religion of Greece. There are few who doubt the compatibility of an established church and democratic government, but certain issues and events manifest the church’s own ambivalence toward democratic structures. In the past decade the issue of removing religious identification from the national identification cards betrayed the church’s own perpetual fear of the secular erosion of Orthodoxy’s influence on Greek culture.

It should be made clear that the synod of the Church of Greece did not object to the removal per se, but argued that it should be made optional. They also objected to the fact that the state did not discuss the issue with the church before deciding on the removal. Many Orthodox hierarchs, both within Greece and outside Greece, did not agree with the official position of the synod, claiming that the church should have nothing to do with a matter for which the state alone is responsible. The ambivalence to democracy is also evident in the Church of Greece’s support of a ban of a controversial book that made suggestions of sexual encounters experienced by Christ.

For antidemocratic tendencies, some might also point to the response by the hierarchs and clergy of the Serbian Orthodox Church during the wars in Bosnia and Kosovo. During the Bosnian War, the responses by members of the hierarchy and clergy of the Orthodox Churches in Bosnia and Serbia were confused and contradictory. Such responses lead some to identify the Orthodox Church as inherently antidemocratic. Miladin Zivotic, former philosophy professor at Belgrade University, argued that “the church’s ideology is common to that of all authoritarian ideologies . . . It was because of the Orthodox Church that this society was easily convinced that it had to become obedient followers of the Communist Party”; while Mirko Djordjevic, retired literature professor, assessed that “the Roman Catholic Church announced in the Second Vatican Council that it was the duty of believers to support democracy and human rights . . . But the church in the east has never addressed these issues and found itself unprepared with the fall of Communism.”

As the war progressed, the Serbian Orthodox Church more consistently declared publicly its opposition to Yugoslav President Slobodan Milošević and its support for the implementation of democratic reforms and structures in Serbia itself and throughout Bosnia and Kosovo. The church’s position culminated in its immediate acceptance of Vojislav Kostunica as the legitimate president of Yugoslavia. While it turned toward supporting democratic forms, it attempted, some might argue contradictorily, to make the teaching of religion compulsory in public schools. Although there exist extreme nationalist and fanatical elements within the Serbian Orthodox Church, the conflict in the Balkans during the past three decades is a manifestation of an Orthodox Church being unprepared to deal with the consequences of the fall of Communism, and of a church in search for an understanding of its proper role in relation to a state and culture whose identity it has played a constitutive role in forming.

Their different histories notwithstanding, a consistent pattern starts to emerge in the Orthodox attitude to modern democracy. First, there is never unequivocal support for democratic forms of government over other options, even if there is not repudiation of democracy. The Orthodox churches always promote what looks like democratic values, especially the inviolable dignity and equality of the human person. Second, there is a clear concern for maintaining (as in Greece) and reestablishing a cultural hegemony. Finally, there is a unanimous condemnation of a form of liberal democracy that calls for a strict wall of separation between church and state, an ideology that is seen as inherently antireligious and atheistic, and that only leads to a degraded form of individualism.

In short, there is an ambivalence on the part of the Orthodox to modern Western forms of democracy, which is ironically best summed up by an American Orthodox theologian, and former Dean of Saint Vladimir’s Orthodox Theological Seminary:

As the grandson of Carpatho-Russian immigrants to the United States, I cannot imagine my life in any other society, and I feel extremely grateful for my personal destiny. But as an Orthodox Christian . . . I cannot imagine a way of life more insidious to Christian Orthodoxy and more potentially dangerous to human being and life.

What is absent from all these post-Communist responses is any rigorous theological reflection on the implications of the central principle of Orthodoxy—divine-human communion—for thinking about a coherent Orthodox political theology.

EDITORIAL STATEMENT: This essay is an excerpt from the First Chapter of The Mystical as Political. It is part of an ongoing collaboration with the University of Notre Dame Press. You can read our excerpts from this collaboration here. All rights reserved. 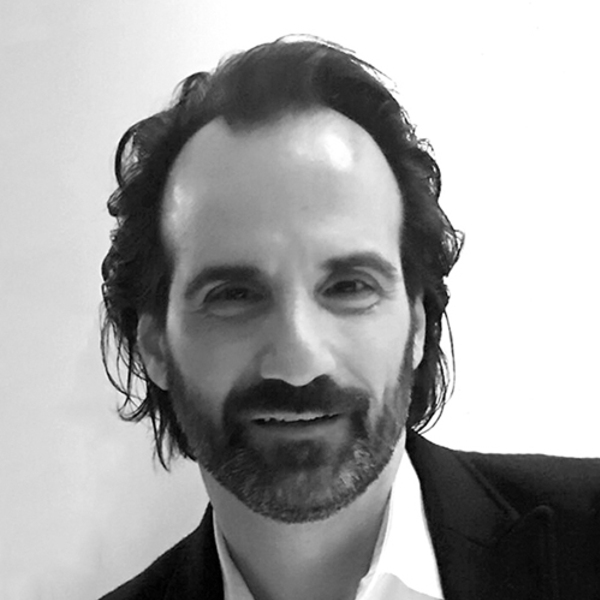 Aristotle Papanikolaou is professor of theology and co-founding director of the Orthodox Christian Studies Center at Fordham University.

Russia and the Mission of African American Literature

Dale Peterson on the souls of Black and Slavic folk. 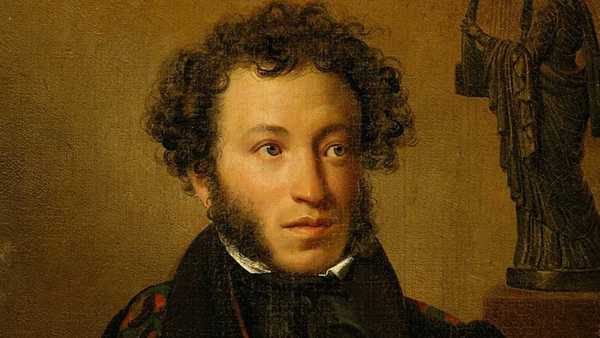