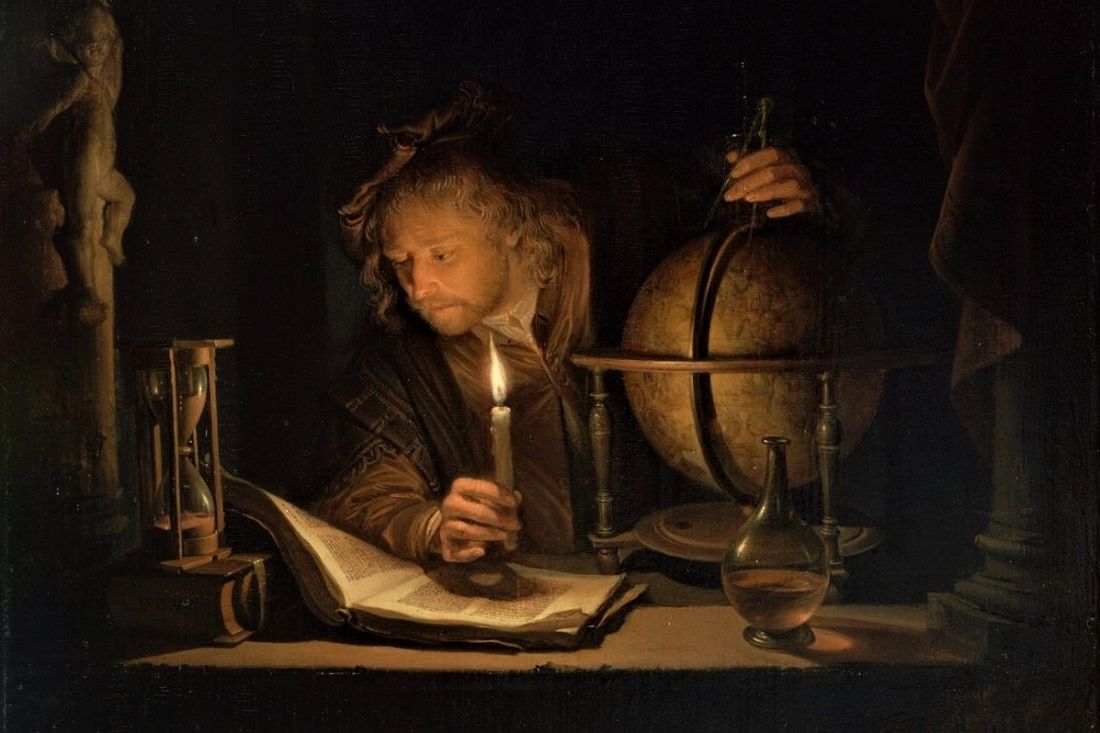 During the past year I had the privilege of working with the McGrath Institute for Church Life’s Science & Religion Initiative at the University of Notre Dame. Recognizing that polling data consistently indicates that the apparent conflict between “science” and “religion” is the leading cause of young people leaving the Catholic Church, the McGrath Institute developed this initiative with the goal of aiding high school teachers in both fields re-imagine curricula that would explore the relationship between science and religion and challenge the notion that the two are fundamentally opposed. In the course of my interactions with the participants, I was amazed at their expertise in their given field, their willingness to thoughtfully engage core concepts and thought patterns from different fields, and their commitment to their vocation as educators. I am sure that I learned far more from them than they did from me in the course of our time together.

Perhaps the most important insight I gained from the experience of facilitating the online forum, in which participants reflected on various attempts to clarify the relationship between science and religion, was the need for terminological and conceptual clarity when speaking about the often amorphous categories of “science” and “religion.” I have found Australian historian Peter Harrison’s The Territories of Science and Religion to be indispensible for this task. Territories is a revised version of Harrison’s 2011 Gifford Lectures, wherein he addresses the conceptual history of “two overlapping sets of concerns – those to do with the nature of the physical universe and its operations, and those that concern the goals of human existence and the source of our moral values” (ix). Our modern efforts to rigorously separate these concerns, Harrison argues, developed relatively recently (in the past three hundred years, or so) as the result of much longer process of objectifying and externalizing what were previously understood to be the virtues of “science (scientia)” and “religion (religio).” In this brief review, I hope to offer a sketch of the main lines of Harrison’s eminently lucid analysis of some of these key conceptual shifts, while simply acknowledging that the ambitious scope of this important book resists easy summary and encouraging anyone interested in “science and religion” to take it up and read!

At the outset, Harrison insists that there is “a danger of systematically misunderstanding past activities if we mistakenly assume the stability of the meaning of these expressions” (x). In order to dissolve such misunderstandings, Harrison “drill[s] down” into particular historical moments to analyze the ways in which key terms and concepts were used and traces their development over time. In the first chapter, he describes his approach in terms of the distinction between “territory” and “map.” Harrison believes it to be a grave, yet common mistake to impose “the distorting projection of our present conceptual maps back onto the intellectual territories of the past” (3). Indeed, the concepts of “science” and “religion” are of a relatively recent coinage, and Harrison both offers a counter-narrative about how these categories arose in Western consciousness and shows how the manner of their emergence illuminates their present relations.

Harrison’s polemical target in these lectures is the all-too-common narrative of “the mythic origins of science” (22), according to which “science” emerged victorious from its initial conflict with religious mythology in antiquity, was suppressed during the “dark ages” of early and medieval Christianity, was reborn during the Renaissance and the “scientific revolution” of the seventeenth century, before assuming its rightful place as the arbiter of true knowledge in the late 19th and early20th centuries.

Chapter 2 interrogates the first stage of the popular fable. Harrison argues that ancient philosophy, of which “natural philosophy,” or “physics,” was a key component, was less a body of knowledge constituted by abstract propositions, than a way of life in which inquiry into natural phenomena served an ultimately moral purpose within an overarching “theological” framework (see: 33). Early Christianity, Harrison argues, was similarly concerned with “doctrine” insofar as Christian teaching contributed to the believers’ ability to offer true worship to the true God revealed in Jesus Christ (see:: 35; 48-49). For early Christians, the triune God, not a collection of propositional statements, was the proper ‘object’ of belief, construed in terms of trust and confidence, obedience, and fidelity. As Christianity developed in the medieval period, it gradually assumed many of the moral and “religious” goals that were previously intrinsic to (pagan) natural philosophy, but any conflict between them was not articulated in terms of “naturalistic” science and “religious” faith (see: 53).

Chapter 3 focuses primarily on the second stage of the popular narrative, examining both “symbolic” and “causal” understandings of the order of nature in the medieval period, which came under increasing pressure from the “new science” of the seventeenth century. In the Middle Ages, nature was understood as an analogue of Scripture, a “book” in which layers of meaning had been arranged by the transcendent creator God, to be read and meditated upon. The recovery of Aristotelian natural philosophy in the mid-twelfth and early-thirteenth century encouraged the development of a “causal” account of the natural order, which Aquinas (among others) attempted to integrate into a theological framework in which God is the utterly free and transcendent creator of all that is. An “analogy” thus existed between God’s transcendent causal power and the intrinsic powers of secondary causes which acted towards particular ends; understanding the order of these secondary causes permitted a true, but limited understanding of their primary cause (68). The parallel reformations in religion (inaugurated by Luther and Calvin) and in natural philosophy (inaugurated by Bacon) during the 16th and 17th centuries facilitated the “collapse of the unified system of interpretation” of nature’s “symbols,” as well as the “stripping away” of the “intrinsic causal powers” of natural objects and the abandonment of both a teleological (and analogical) framework for understanding their relations (78, 79).

Chapters 4-5 focus on the shifting conceptual terrain of the 17th century, in which the “virtues” of scientia and religio gradually came to be identified solely in terms of “a formal body of knowledge,” objective things independent from a subject, previously thought to possess a settled moral (in the case of religio) or intellectual (in the case of scientia) disposition. What Harrison calls this “objectification of inner states” led to the invention of “religion” in our modern, “generic conception, typically understood in terms of beliefs and practices” (101). True religion, previously judged in terms of true worship of the true God (as in Augustine’s De vera religione, ca. 390/1), came to be identified with the truth of doctrinal propositions, “firmly established by ironclad logical demonstrations” (106). The “new propositional religion” thus came to depend in certain ways on the evidences produced by the “new experimental natural philosophy,” which highlighted its role in justifying the propositions of the “reified religion” as a means of securing its own “epistemic credentials, its religious respectability, and its social utility” (113).

This “reification” of both science and religion led to new ideas about both “progress” and “utility.” General teleology having been rejected, progress was no longer conceived as having a specific goal, but rather as the “cumulative addition to, and incremental improvement of, an external body of knowledge” (120). The sense in which this knowledge was deemed “useful” moved away from the “moral goals of [classical] philosophy” towards “material benefits” (128-9). Charity, previously conceived as the preeminent theological virtue, came to be seen in terms of the new “utility” as the often institutionalized “relief of man’s estate” (133). Thus “science,” conceived as a propositional body of knowledge, came to be considered capable of being augmented indefinitely (thereby “progressing” in the production of useful knowledge leading to the betterment of humanity), whereas “religion” remained forever bound (in some degree of finality and sufficiency) to “the original deposit of revealed religious truths” (141).

Chapter 6 begins with a summary statement: “Modern religion had its birth in the seventeenth century; modern science in the nineteenth” (147). Harrison argues that this occurred in a threefold process beginning with (1) the creation of a new identity, “the scientist,” whose method (2) “excludes reference to religious and moral considerations” in the interest of putative objectivity, and (3) whose disciplinary boundaries required “contrast cases” (like religion) and the creation of a “mythical past” in which these boundaries assumed “an ahistorical timelessness” (159-60). The increasing specialization of the “natural sciences” gradually disintegrated the “common intellectual context” provided by philosophy in general and natural theology in particular. Bacon’s “inductive method,” all too comfortably embraced by natural philosophers and theologians, was later replaced by the more rigorously exclusionary “scientific method,” associated with “the new profession of the scientist” (168). Nature was no longer understood as revelatory apart from the putatively objective scientific observer, who imposed order on nature through the application of the newly minted method. Ultimately, the scientific method secured its role as the primary (if not only) means of access to true knowledge about the world by projecting its “recently emerged” self-conception back in time. Two American historians of science, John William Draper (1811-82) and Andrew Dickson White (1832-1918) were seminal to this final stage, establishing all the essential features of the conflict-myth of the relationship between science and religion with which Harrison began (see 172-5).

In the epilogue Harrison helpfully situates Territories within the context of other recent attempts to provide a conceptual history of “Western modernity,” including Alasdair MacIntyre’s After Virtue, Stephen Gaukroger’s The Collapse of Mechanism and the Rise of Sensibility, and Charles Taylor’s A Secular Age. To my mind, however, Harrison’s most interesting concluding reflections concern Ian Barbour’s influential typological schema in his Religion and Science (1997), which was the subject of vigorous debate during the most recent seminar for the Science & Religion Initiative. In his aptly titled study, Barbour sketches four possible science-religion relations: conflict, independence, dialogue, and integration. Overwhelmingly, participants from both science and religious education enthusiastically endorsed Barbour’s “dialogue” type as their preferred mode of relating the two now-disparate fields.

Harrison cautions against this, however, arguing that “dialogue” (like “conflict” and “independence”) assumes that both science and religion be construed either in terms of bodies of knowledge determined by their propositional content, or in terms of the methods of generating their constitutive propositions (see: 177). Harrison thinks that “urging consonance” between science and religion as these terms are currently used merely reinforces the conditions that made their conflict possible in the first place. He writes, “Often, [advocates of 'constructive dialogue'] concede the cultural authority of the sciences, the propositional nature of religion, and the idea of neutral, rational space in which dialogue can take place” (198). As Harrison has so brilliantly argued throughout this book, these are all relatively recent developments that can all be called into question by those interested in reconfiguring the present territories of science and religion through the careful study of their past. All interested in preforming this important constructive work will be benefitted immensely from careful attention to the counter-narrative Harrison tells in Territories of Science and Religion. 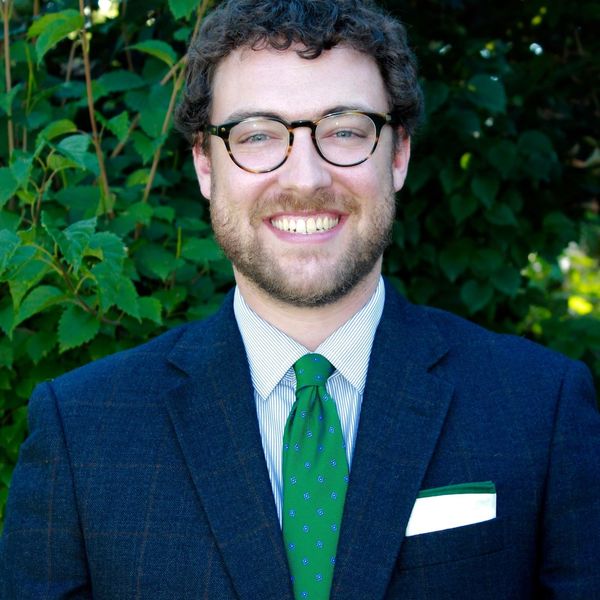 J. Columcille Dever is a third-year doctoral student in the History of Christianity at the University of Notre Dame. His research focuses on the social, political, and theological thought of Tertullian of Carthage and Augustine of Hippo.