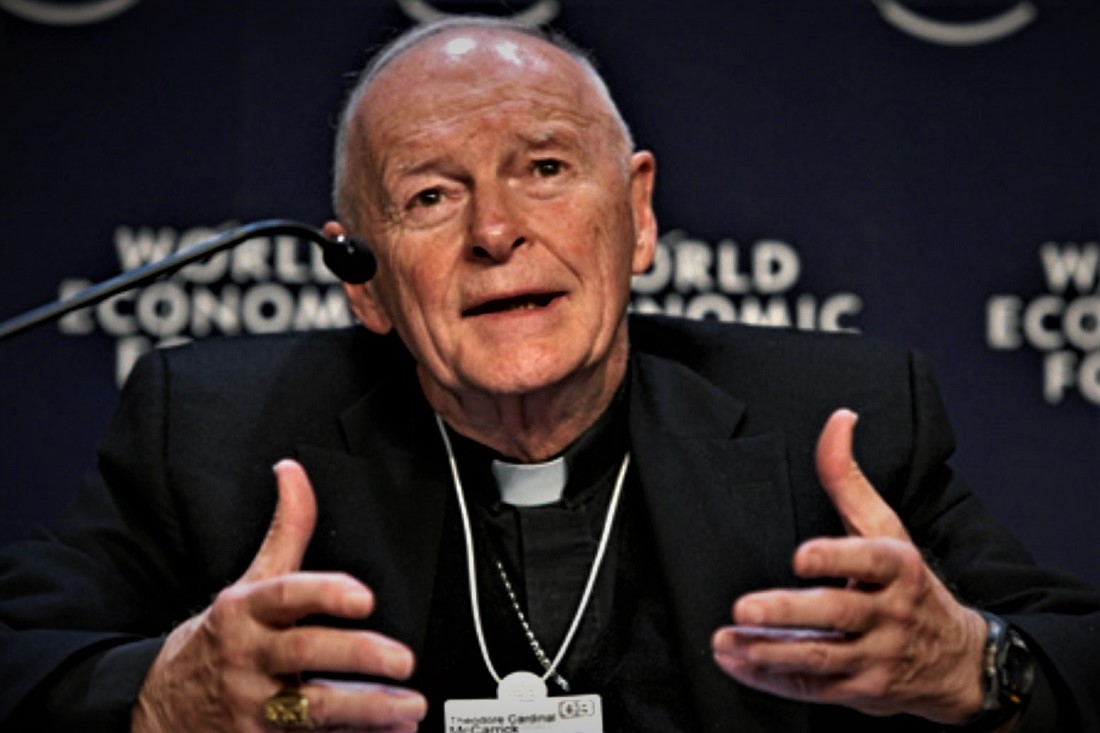 Recently, First Things asked a group of “younger” Catholics to sign a letter related to the substantiated charges of sexual abuse against Theodore McCarrick. I signed this letter (despite my identity as a “former” young person who is moving toward forty), disgusted that the promise to protect the young made by the bishops in 2002 has been broken.

Much of my young adult life has unfolded in the wake of the sexual abuse crisis. In 2002, my former bishop, Anthony J. O’Connell resigned from the Diocese of Palm Beach, having admitted to molesting children in his charge at St. Thomas Aquinas Preparatory Seminary. As a member of the diocesan youth Council in Knoxville, if this bishop had not been moved to Palm Beach, FL, I would have spent the night at his house at what was once an innocently named event, “Bunking with the Bish.”

In 2003, my undergraduate seminarian classmates were pulled into our common space so that we could hear about Fr. Sam Peters, CSC—popular rector of Sorin Hall at Notre Dame. Fr. Sam had a sexual relationship with a young woman that began when he was her teacher in high school. Holy Cross priests were not aware of what had been taking place, and Notre Dame was quick to respond to the charges. But, it had a dramatic effect among undergraduates on campus who had admired Fr. Sam's own vocation story. In 2006, I moved to the Archdiocese of Boston where I saw the havoc created by the sexual abuse crisis—parishes were unable to trust anyone who had power in the Church, afraid that bishops would once again lie to them. The Church in Boston had become a punchline, derided in every corner of "my fair city."

Well, at least one of the bishops did lie to them—Theodore McCarrick. And as Bishop Robert Barron recently wrote, the time is at hand for a serious investigation instigated by the Pope into how McCarrick was able to become Cardinal Archbishop of Washington DC. How he was able to “climb” the ranks of the ecclesial hierarchy despite the open secret (at least among many prelates) that he was abusing young men and children. The investigation must be comprehensive, not an ideological abuse of power whereby conservatives or liberals find a way to eliminate the most despised pope, bishop, or priest in the ranks of the “conservative” or “liberal” clergy. Some have said that the panel should consist entirely of lay people, since they will not be infected with any ideology. Lay Catholics alone will be trustworthy, they argue.

As a lay Catholic, I can guarantee that this claim is not true. Ideologues are to be found about clergy and laity alike. If fact, lay Catholics may be partially to blame in the McCarrick case. The investigation, at least at an ecclesial level, will have to involve some ordained men—ideally, not American bishops.

The investigation will show that there is plenty of blame to go around. And we, as the Church, have to develop some standard by which to assess the involvement of various parties. Investigations tell a story, but they do not make a moral judgment about the culpability of involved parties. Some bishops may have heard rumors about McCarrick but have not done anything about these rumors, because they did not believe them. This is certainly an offense worth asking pardon for from the People of God. Bishops must listen to every charge of sexual abuse with seriousness. I worry that not enough bishops learned this from 2002.

Other bishops may have known firsthand what McCarrick was doing. They may have remained silent because they were afraid there would be repercussions for their own career in the hierarchy if they came forward to protect the young. Some could have imagined that McCarrick’s relationship with young men was only natural, since it reflected their particular experience in seminary. They may have thought that McCarrick’s abuse of young men were not abuse at all but a “consensual” sexual relationship between two men. If these bishops exist within the American Church, they owe more than penance. They owe us their resignation from the episcopal office.

Bishop Barron wisely asks us not to make particular judgments until the investigation into McCarrick is complete. There is wisdom in Bishop Barron’s request for patience, avoiding a process of scapegoating where clerical celibacy, homosexuality, this pope or that pope, and seminaries are all blamed without an awareness of what happened.

But, if one has paid attention to Twitter over the last weeks, it is not clear that the scandal is reducible to McCarrick’s abuse. Former seminarians have come forward to tell their own stories of violent, sexual abuse at the hand of priests not named McCarrick. This abuse took place in dioceses and seminaries throughout the United States, in places both “liberal” and “conservative.” Charges of abuse have surfaced in Africa where priests rape women seeking entrance into consecrated life. The Church cannot wait for an investigation to be finished to protect these young men and women.

While Bishop Barron is right to name the devil as the primary cause of clerical abuse, we do know the instrumental cause of such abuse—clericalism. Clericalism is the abuse of one’s priestly office for the acquisition of material and political power. Clericalism surfaces in parishes where poorly trained clergy wreak havoc on lay staffs. It is found in priests who believe that ordination also comes with the gift of all wisdom and insight rather than configuring the young man more closely to the image and likeness of Jesus Christ. Clericalism is exercised in seminaries where young men are trained to accept the capricious use of power. It is found in seminaries where young men are taught to be distrustful of women, of anyone who is not a “cleric,” because they are not like us. Clericalism is ripe among bishops who long to climb out of this small diocese to a major see, to a spot on a Vatican Congregation, where they could be named a Cardinal, a prince of the Church.

An investigation into McCarrick’s many iniquities, into the sins of commission and omission operative in the American hierarchy, is not enough. It is time to recognize that the Church is powerful, that her clergy receives this sacramental power, not through the political machinations of climbing hierarchs. The sacramental power of ordination is intended to configure the young man to become an image of Jesus Christ, to give one’s life over for the salvation of the world. It is a Eucharistic power, revealed not in strength but in weakness, in love.

There are plenty of bishops, priests, and deacons who recognize their identity in the self-giving love of the Word made flesh. They are the ones who are the bedside of the sick, who minister to young people in anxiety and suffering, who have spoken prophetically about the violence that we inflict as a society on the unborn and the immigrant. They are men like Bishop John D’Arcy from Fort Wayne-South Bend, removed from Boston because he spoke up. The stories of men like this have to be told, and there are surely (I hope) more out there.

To be frank, this most recent abuse crisis does not surprise me. I have attended too many liturgies where institutions of power curry favor with bishops of power in order to get access to the upper echelons of Church leadership. The Eucharist has too often be used by prelates not to offer the sacrifice of Christ but to thank the various important members of society who have appeared at this Mass, turning the Eucharist into an idol of power. That may be how Washington DC functions, but it is not how the Church should live out her vocation in the world.

I am with Bishop Barron—we should conduct a complete investigation. Let no stone go unturned in discovering what happened relative to McCarrick’s horrific abuse of young men. If our favorite Pontiff has culpability in the scandal, even if indirect, let us acknowledge it. Let us turn to the seminaries and make sure that this abuse is not happening today. If seminaries are places where celibacy is not practiced, a reform must be instituted—it is not enough to say, “boys will be boys.” We cannot say anymore, as seminarians have been told, “You just need to get used to it.” You just need to be used to sexual assault at the hands of your classmates. If crimes have been committed, let them be prosecuted.

In the meantime, let us also empty the church of the idol of political and material power that has infected too many clerics. Let us make sure that seminarians know that blind obedience is not a virtue, and that they are being ordained not to advance their own careers but to serve Christ’s Church.

And let us remember that the Church’s single source of power is the Triune God, not ecclesiastical politicking.

I suspect we can do this even before a comprehensive investigation of McCarrick is complete.