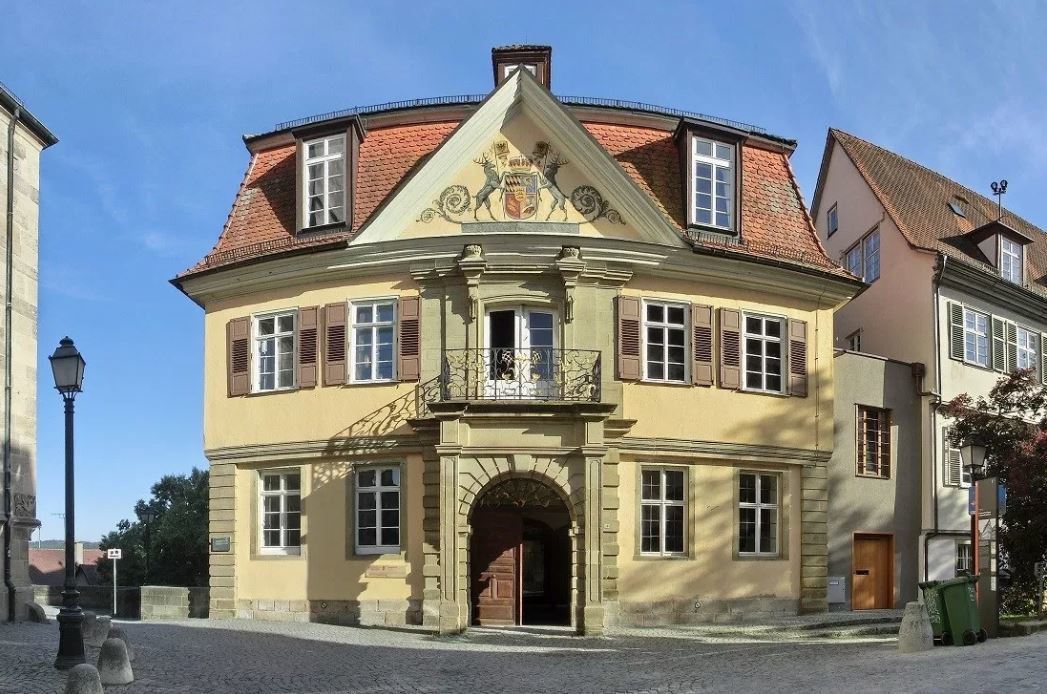 While scrambling to finish an article on German theology last month, I found myself rummaging for a quotation from the inaugural, 1819 issue of the Theologische Quartalschrift, the house journal for the Catholic faculty of theology in Tübingen. Then it struck me that the ThQ had turned two hundred, and I would be remiss if I could not find a way to fete this loyal and reliable companion.

But is it decadent to care about a journal? American theologians are more likely to connect journals with prestige than with place. Few faculties properly house a journal. My own institution, Saint Louis University, housed Theology Digest from 1967–2010, but by the time I had arrived in 2007, few of the faculty published in, read, or even browsed it. The Digest seemed more an eccentric side project of one dedicated faculty member than a point of pride for the rest of us. Its loss was mostly felt in the journal swap that our library could no longer participate in. Nostalgia for journals is more likely to arise from their affiliation with religious orders: the Jesuits have Theological Studies; the Dominican have The Thomist, and so on. Journals associated with faculties of origin—the University of Chicago’s Journal of Religion and Harvard’s Harvard Theological Review—seem more the exception than the rule, and their editorial boards are inhabited less by faculty members, and more by elite academics likely to give prestige and bring a reliable network of potential peer-reviewers. Boston College and Notre Dame, the two leading Catholic faculties of theology in North America, never housed journals whose aim was to export the research and ideas of their faculty.

Yet, this is the purpose of the Theologische Quartalschrift, and for two hundred years it has done so, thus maintaining what can be imagined as an unbroken chain from Johann Sebastian Drey and Johann Adam Möhler, through Karl Adam and Alfons Auer, to Walter Kasper, Hans Küng, and Joseph Ratzinger. And in each generation, when something truly ground-breaking comes out of this faculty, scholars note the Tübinben lineage.

It would be impossible to do the slightest justice to the treasures contained in the millions of pages, and thousands of articles and reviews, that have appeared in the ThQ. Perhaps the best way to pay it tribute, then, is by recalling my own encounter. In the course of my undergraduate studies, when the pull of the law gave way, somewhat painfully, to the lure of academic life, I asked the chair of the theology department at Boston College, Donald Dietrich, whether he might need a summer research assistant. I had already secured a low-stress job in the library for the summer, so a little extra money would not hurt. He was dubious of my claim to read German, but he gave me a list of research terms and likely sources. This was 1995, before the internet was useful for much more than sports box scores and email. I went to work in the open stacks, with their rows and rows of approximate journals and quickly discovered the ThQ as the organ for a key search term.

For people under thirty-five, it is almost impossible to imagine the physicality of doing research before a functioning internet: fragile spines rebelled noisily to being opened, and frayed edges of the pages witnessed the lackadaisical protection from moisture and heat. Their molded and dusty pages offended my allergy-sensitive olfactories. The type itself—browned and yellowed, sometimes blurry, barely legible—appeared in Fraktur. This led to some embarrassing gaffes, especially when I reported to my professor that he might find the work of Hesele intriguing (the nearly indistinguishable “s” and “f” led me to misread the name of the first faculty member to matriculate to the episcopacy, Carl Josef Hefele).

Eventually my endless hours of perusing this journal and other secondary sources yielded a subject of an honors thesis, which had been a prerequisite from Professor Dietrich: the nature-grace debate between Johannes Kuhn of Tübingen, and his neo-scholastic counterpart, Constantin von Schäzler. They lobbed their grenades from their respective journals, Schäzler’s coming from the Historisch-Politische Blätter. During my final year as an undergraduate I pored over these debates, filling the margins of my photocopied journal articles with notes, stars, and vocabulary I lacked. I took some pride in noting that the Schäzler’s journal ceased circulation in 1923. Through the entirely unmerited generosity of a few faculty, these efforts led to an invitation from a living Tübingen theologian, and frequent contributor to the ThQ, Peter Hünermann, to spend a post-graduate year in Tübingen.

I fell in love with a style of theology associated with a place, and now I would get to go there, and I imagined walking the narrow, cobblestone streets of the Tübingen Altstadt, taking in the smells of German bakers and freshly printed copies of the ThQ. Except for a war-torn year, here and there, the ThQ produced first-rate theology, four times per year, from 1819 to the present. And for a quarter of a century, its magnetizing pull on me has not waned. Yet the physicality of transmission has become far less Proustian than the early encounters. Instead of the journals themselves, or barely-legible photocopies, I have Google Books, which began digitizing out-of-copyright journals at least one decade ago. Now I have had ThQ bookmarked on my laptop, always available, but not nearly as magical, stripped of scent and touch.

The ThQ, more than anything else, grew the legend of the “Catholic Tübingen School.” Germans, as anyone who has spent more than a day there knows, cannot forget an anniversary. Two years ago the faculty celebrated its 200th year in Tübingen with a thoughtful, self-critical symposium. The ThQ has rarely let a good anniversary pass, as attested by the 2018 Sonderheft, which collected the papers of from the aforementioned symposium. Already in 1898 Paul Schantz celebrated the 80th issue with an article, “Die katholische Tübinger Schule,” which helped launch a resurgence of study. In it Schanz remarked how similar periodicals from Catholic faculties in Bonn and Freiburg had collapsed, while the ThQ kept going. In 1927, to celebrate the 450th anniversary of the University, Josef Rupert Geiselmann and Karl Adam both reflected on the legacy of the Catholic Tübingen School.

Perhaps the secret to its endurance lay in its conscious orientation to remember. It took another couple of decades, though, for a more deliberate, archeological mode to emerge. Beginning with Stephan Lösch, who collected Johann Adam Möhler’s letters and documents into an accessible volume, the ThQ began to make known hitherto unpublished letters, diaries, and speeches. Lösch, who served on the faculty from 1929–49, was the first historian of the faculty. It was he who found the ledger that made it possible to identify which faculty member wrote which anonymous book review during the initial decades of the journal. Later, Rudolf Reinhardt took up this mantle, and brought to life deceased members, as he did with my future dissertation topic, in his 1971 piece, “An Unknown Letter by Johannes Kuhn from 1833.”

Having researched the Catholic Tübingen School for over half my life, I realize how much the ThQ constitutes its own world. It is a world, however, in which a kid from California, with a little German, could enter. In the 17th century, printing became cheaper, and the number of literate people increased. The educated world responded by printing the first academic journal in 1665. The popularity of the academic journal surged in the second half of the 18th century, and the Germans in particular relished the genre, publishing over half of the world’s journals 500 journals. These publications democratized the conversation hitherto restricted to lecture halls, salons and cafes. They allowed a potentially unlimited number of people to lean in, and also to answer. One could be there without being there. The ThQ regularly printed funeral orations of faculty members. It also engaged in heated polemics, in some ways foretelling the dreaded “comments section,” by printing responses and reviews within a few weeks of a noteworthy publication or event.

The irony is not lost on the author of celebrating a journal by recalling its physicality, in an era in which each passing day another journal subscription becomes digitized. Nor that this reflection appears in an online forum. Nostalgia for print should not forget that print itself represented a radical disruption to past cultures of learning. So perhaps the best way to celebrate the 200th anniversary of the oldest theological journal in the world is to spend a few minutes trying to find the first issues of your favorite journal?

Editorial Statement: This post is part of an ongoing “Ressourcement Futures” series that will look at the mid-century (mostly) French movement of recovering the sources of Christian culture, the movements antecedents, its continued influence, and satellite figures. Posts will be collected here as they are published. 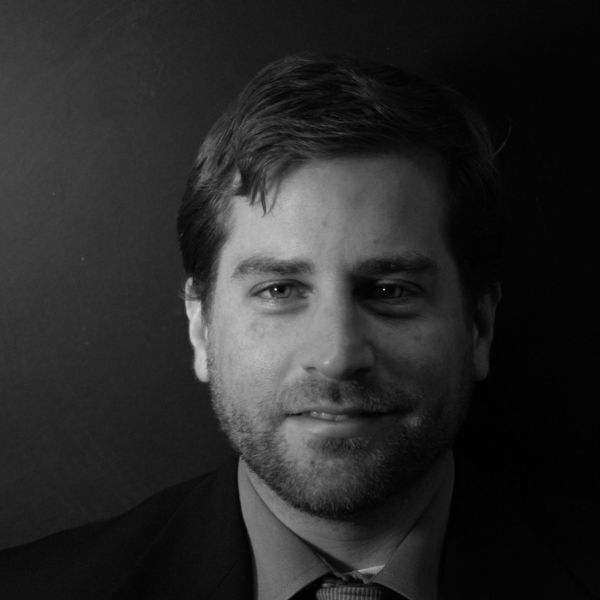