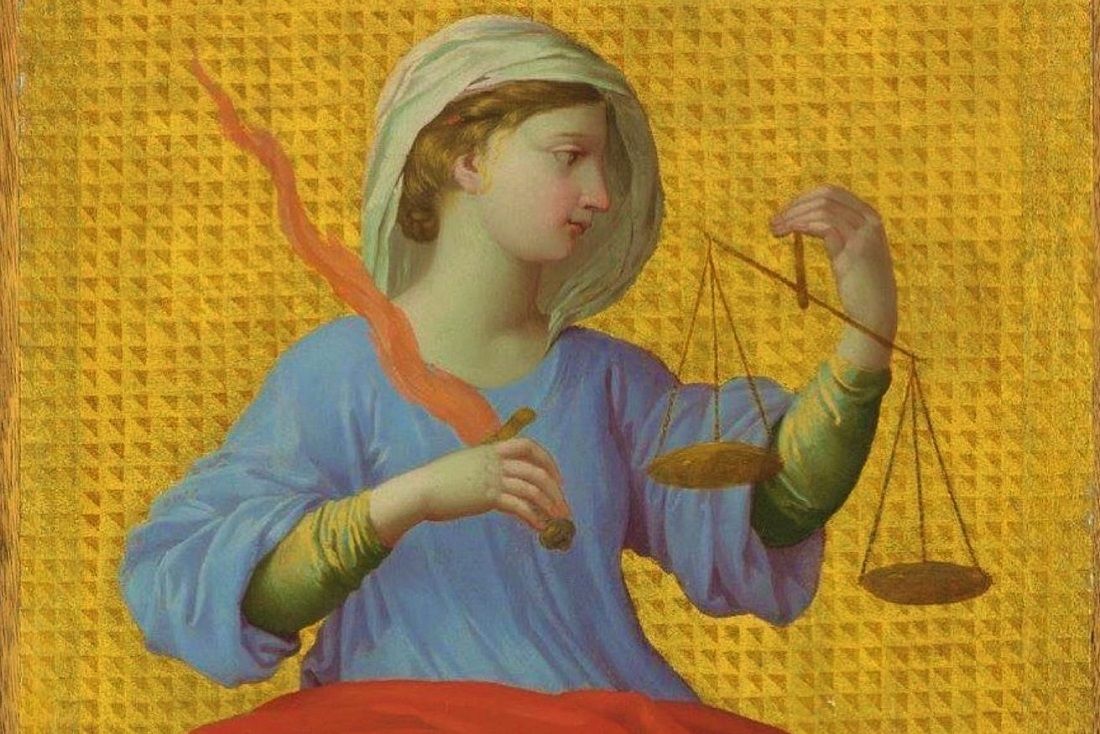 I have been thinking, writing, and teaching about punishment and prisons for a while now. That is because I have spent time, on a weekly or bi-weekly basis, with incarcerated men and women for the better part of the last 20 years. Sometimes I am there as an educator, but more often I am ministering as a lay Catholic volunteer. For several years in graduate school, I served as the Catholic chaplain in a facility in Boston. Honestly, I am not sure when I became a prison abolitionist. I did not start that way, but I arrived there.

People of faith, especially Christians, have a special responsibility to respond to the crisis of mass incarceration in the United States. Yet, reform is not enough. I came to believe that an authentic Christian account of mercy and justice demands nothing short of abolition.

There is much about the modern prison that opposes dignity and hope, but the special responsibility of Christians to address the prison also arises from the extensive Christian heritage of the institution itself. The first use of the term “penitentiary” is attributed to Jean Mabillon, a 17th century French Benedictine monk who identified principles of spiritual reform in the monastic prison, where there was cellular confinement, fasting, and simple meals. Sociologist David Garland has noted that, as late as the 18th century, the Vatican prison served as a model for prison design in Europe and America. Indeed, penal reformers of the 18th and 19th centuries were animated by explicitly religious commitments. Yet, the prisons they created out of a fervent belief in redemption often led to misery instead. Philadelphia’s Eastern State Penitentiary was developed to touch the inner life of the prisoner and promote moral conversion through isolation. Yet, by many accounts, it produced torture more than repentance. In 1842, Charles Dickens visited the famous penitentiary and wrote:

The system here is rigid, strict, and hopeless solitary confinement. I believe it, in its effects, to be cruel and wrong. I hold this slow, and daily, tampering with the mysteries of the brain to be immeasurably worse than any torture of the body.

The Christian inclination to transform is noble, but there is an unnerving confidence in what the suffering of due punishment can accomplish. Is a retributive approach to justice capable of realizing the Christian vision of hope and repentance?

We often reduce justice to getting the punishment one deserves and paying one’s debt in full. However, this narrow vision of justice creates a theological problem, particularly when we try to understand mercy. It would appear that mercy is opposed to justice if, through mercy, one receives a lesser punishment than what is deserved. Mercy would allow our debt to be paid with only a partial payment . . . or perhaps no payment at all. But that is not Christian mercy. Mercy is extravagant and generous, but it is not opposed to justice.

In the parable of the Good Samaritan, a man of the law asks Jesus “who is my neighbor?” Ultimately, the one who is a neighbor is the one who shows mercy. It is the one who sees people cast into a ditch, left for dead, and then liberates them. “Go and do likewise,” Jesus says. Well, as far as I can tell, the modern ditch where we leave people for dead is the prison.

But wait, you may protest. Have not most people in prison done something horrible to deserve to be there? Would not a liberating mercy applied to men and women behind bars fly in the face of justice?

Let us return to the parable. The fact is that we have no knowledge of whether the man in the ditch is innocent or guilty. What if he were a member of the band of robbers himself? Perhaps he tricked his companions out of their fair share, so they took it all from him, beat him, and left him for dead. Why does the Samaritan not try to figure out whether that bloodied man in the ditch may have deserved his fate? What if, having been nursed back to health on the supreme generosity of a stranger, that man returns to his old thieving and victimizing ways?

I suggest that the distinctive feature of mercy is not that it is undeserved, but rather what it intends to accomplish. Mercy seeks to bring the half-dead back to life. And mercy does this without being contingent on what is deserved. Mercy is such a profound commitment to liberation, healing, and restoration that it will not be undermined by the guilt or innocence of the half-dead.

Again, if prison is the modern-day ditch where we leave the half-dead, it is important to clarify some of its defining characteristics, informed by both the scholarship and the reality that I have encountered over the years. In other words, if I suggest we abolish the prison, what exactly is the “prison” that I have in mind? I suggest three key features:


In naming the prison as the problem that it is, I do not deny that humans are capable of horrendous and gruesome harms to one another. Rather, I have become an abolitionist because I believe that imprisonment is among those truly horrendous and gruesome harms. Ultimately, it comes down to whether we agree with Pope Francis or not: “The Lord of Mercy wants to save everyone!”

While prison abolition may not yet be a recognizable part of the Christian tradition, it is instructive to think about a subset of criminal justice reform that has embraced abolitionist language. Death penalty abolition seems only to be gaining ground in Christian communities and in August 2018, an important adjustment was announced to the Catechism of the Catholic Church. Pope Francis declared that paragraph 2267 will now read: “no matter how serious the crime that has been committed, the death penalty is inadmissible because it is an attack on the inviolability and the dignity of the person.” Both the death penalty and prison sentences share features of cruelty, inaccuracy, unequal application, and doubts of efficacy. Some would say they differ, however, in their irreversibility and their credibility as a last resort. I doubt those differences are as significant as some would argue, but regardless, the persistence of both the death penalty and the prison suggest our inability to imagine alternatives. For a time in history, embraced by penal reformers of great Christian faith, the prison was the humane innovation to end hangings and gruesome corporal punishment. But why today see prison as the inevitable ethical endpoint and not as another failed attempt that we can no longer tolerate?

In Pope Francis’s announcement of “inadmissibility” he further strengthens the Christian trajectory of death penalty abolition and he points us toward the rigorous demands of human dignity. For this, I am grateful. But as I see it, human dignity cannot tolerate institutionalized hopelessness, permissible marginalization, or a total institution unhinged from justice and mercy. Even so, I do not expect to hear any authoritative Christian forays into prison abolition in the near future. In this most recent revision of the Catechism, some key language adopted in Pope John Paul II’s prior catechetical revision disappears. No longer will paragraph 2267 note that “bloodless means . . . better correspond to the concrete conditions of the common good” (my emphasis). Instead, Pope Francis opts for reasoning exclusively grounded in the “inviolability and the dignity of the person.” I maintain that our developing understanding of dignity goes beyond what we can and cannot do to an individual (i.e., take away their life), but also suggests the extent to which the common good can afford to exclude that person. Which of course, it cannot.

The prison may not kill (or kill as efficiently) as the death penalty, but it imposes hopelessness which is opposed to life. The prison may not foreclose the possibility of return, but it is a grave offense against the common good, against justice, and against mercy.

Editorial Statement: This is the third and final installment of a three-part series by Villanova University faculty on the topic of slavery and incarceration. 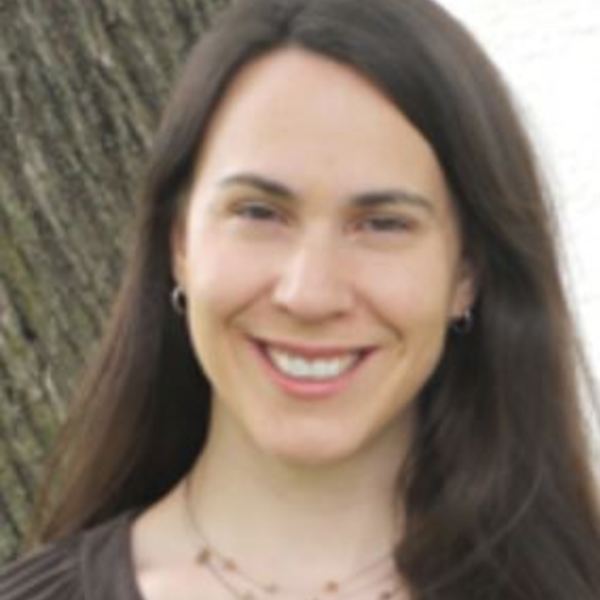 Kathryn Getek Soltis is the Director of the Center for Peace and Justice Education Assistant Professor of Christian Ethics at Villanova University. She recently co-edited the collection Virtue and the Moral Life: Theological and Philosophical Perspectives.