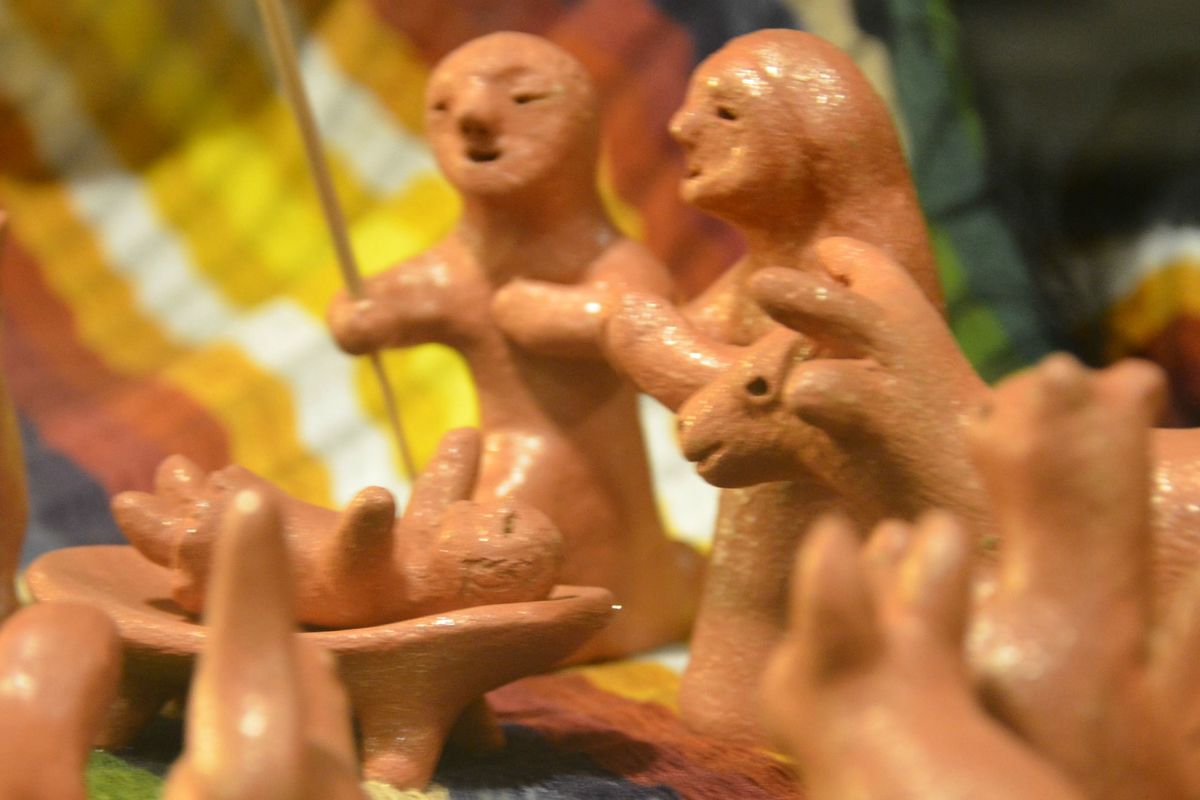 Over the last 48 hours, I have received countless emails from companies advertising the imminent advent of Black Friday sales (many beginning on Monday . . . but whatever). Quarter-zip sweatshirts from Dick's for 30%–40% off. Deals from Macy's that no human being could imagine (happily, the department store gave me a preview so I could at least muster the effort). Apple's available products couldn't be announced at all—I was simply promised that whatever the sale would be, they would be transformative of my existence.

We must acknowledge that advertisers are better about making way for the coming of the great retail eschaton than our parishes are at preparing the hearts of the faithful for the coming of Jesus Christ, the Son of Man who will bring about the Father's definitive reign of peace in our midst. Our parishes will echo with these words from our Lord and God this Sunday morning:


But how many of us will wander out after the readings, only mildly absorbed in the earth-shattering fact that Jesus Christ is coming again into this world to bring about God's definitive judgment upon history? That we should be very ready all the time, not in an absent-minded way, but with active attention to the coming of Jesus Christ as something that happens here and now.

This final, earth-shattering coming of the Son of Man is what Advent is about in its earliest weeks. We celebrate not immediately the arrival of Jesus Christ, the infant in the cradle, but the great King of kings and Lord of lords, who will put an end to history itself.

And there's nothing better for us to do for this than to put up a nativity set in our homes.

Although we're not focusing upon the infancy of the Word made flesh in our homes, setting up a nativity set is a counter-practice to the retail apocalypse of Black Friday.

Black Friday's visual and auditory language operates at the extremes. In a discourse of the apocalyptic in which material goods will bestow to us a vision of happiness that has not yet been achievable in the history of humanity. In which every deal that has ever been (or ever will be) is shattered through the newness of deals that no eye could see, no ear could hear. It provides a hope of a future of shopping bliss if only we keep the night-long vigil outside of Target or Wal-Mart.

Whereas a family gathered around the nativity set in the home does something different entirely.We gaze with wonder upon the powerlessness of divine love vis-à-vis the powers of the world. We contemplate the coming of the Son of God, hidden from history itself, visible only to the beasts of the field, taking place in the silence of Bethlehem. We wonder with the shepherds that the Good Shepherd has come into the world to enact a reign of peace not through the power of the sword but through the cooing of a child.

Christ is coming into this world. But we need practice seeing it in these hidden moments of love.

During Advent, we are taught through the simple practice of setting up a nativity set to gaze upon the hiddenness of the God who arrives in the hidden places of love. And as we contemplate this, we learn to see, to await the coming of our Lord at the end of time itself.

So, as the Christian family, do something counter-cultural on Black Friday.

Keep vigil as a family before the nativity set and await the coming of the Son of Man into the world.

He is not just coming. He is here.

If only we had the eyes to see.