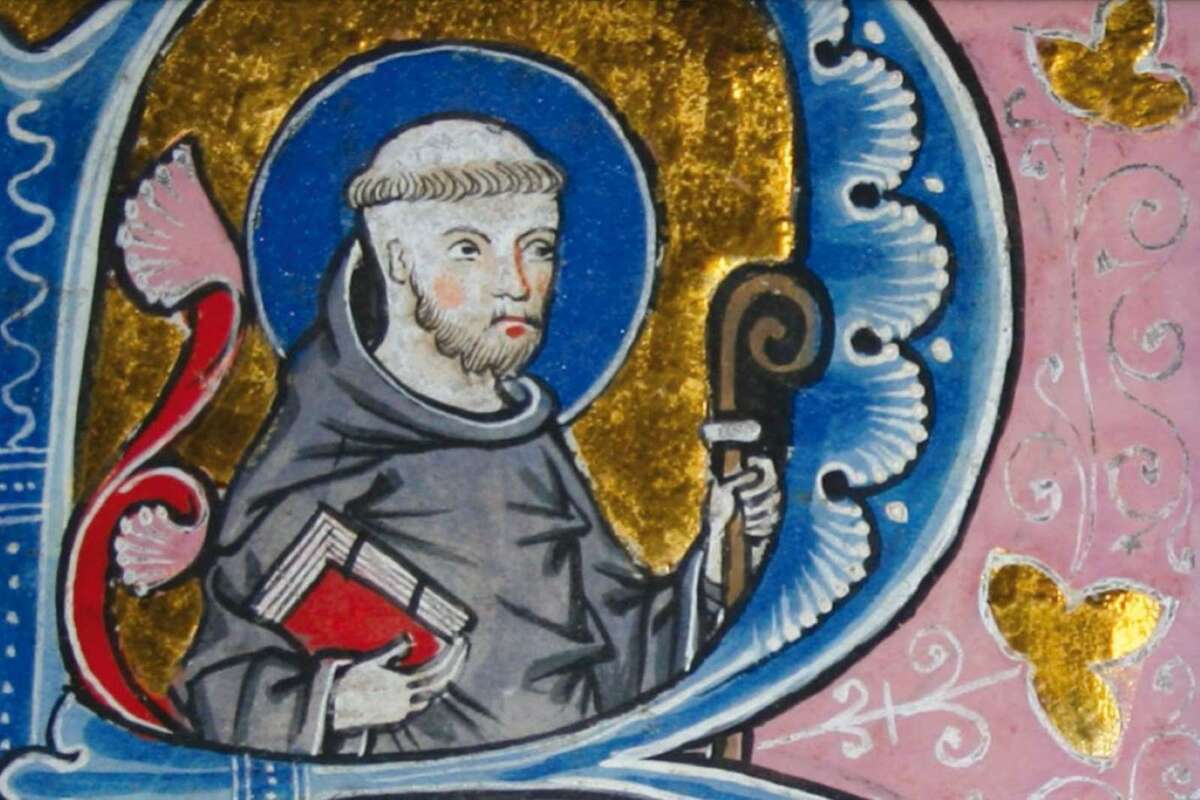 Bernard returned for a time to Clairvaux from Italy in the autumn of 1135, and at the beginning of Advent, he gave the first of what turned into a series of eighty-six sermons based on the Song of Songs, the book of the Jewish Bible that celebrates passionate love. Like other readers since the time of Origen, Bernard interpreted the Song’s language in spiritual terms, but his sermons show that he was keenly aware of its sensual vocabulary, and not afraid to make use of it. In what follows here I will try to summarize the first Sermon as indicative of how he proceeded. It is clear that the text as we have it is not what Bernard said to his monks. The written language is so sophisticated that it would have been impossible for the brothers to follow the thread of his thought.

It is likely that Bernard first gave a sermon in chapter and then at a later point wrote it up. Eventually the sermons were copied and transmitted to other monasteries, and they quickly became celebrated as outstanding statements of Christian spiritual life. Bernard must have worked hard on them, and his purpose was not to provide a full commentary on the text of all the chapters of the Song but to use its language as a point of departure for a discourse about love, yearning, and the desire of the soul for God. There could also be reflections on the Church as the bride of Christ, as well as praise of the union and harmony that could lead the monk through this life to the next one.

Bernard began the first Sermon by telling the brothers that he was addressing them in a different manner than he would “people in the world.” He would follow Saint Paul in giving such people milk to drink “rather than solid food.” The monks, however, would get something more substantial. The bread that Bernard gave his monks was that of the Song of Songs: “Let us bring it forth then if you please, and break it.” The brothers had received two loaves: first, the book of Ecclesiastes, warning against “the false promises of this world,” and then the book of Proverbs, giving them maxims for their conduct. Now they could receive the third loaf, which must be the Song of Songs. This required consumption of the first two loaves, which guarded against “misguided love of the world and an excessive love of self.”

Once the attractions of the world have been put aside, it is possible “to study spiritual doctrines.” Here it is necessary to divide the loaf, but this is something that Bernard could not do. He described himself as “one of the seekers, one who begs along with you for the food of my soul.” It is God alone who can break the bread. And it is God he asked in the next paragraph to explain the first line of the Song, “Let him kiss me with the kiss of his mouth.” Bernard wondered why the speaker used the intimate term “with the kiss of his mouth.” The reader was thus inspired to seek “what lies hidden.”

At this point Bernard considered the meaning of the book’s title, the Song of Songs, a title that he found to be unique. He was certain that God himself “inspired these songs of his,” which celebrate Christ and his Church, holy love and “the sacrament of endless union with God.” Bernard calls the text a “nuptial song,” but there is no doubt from the very beginning that he is describing a spiritual marriage.

Bernard then addressed the brothers and asked them to consider their own experience (experientiam tuam), which had shown them how their faith wins out over the world. In celebrating this victory, they can sing a new song for God’s “gracious renewal of your life.” When a brother finds that a dark and difficult passage in Scripture “becomes bright with meaning for you,” then he can make a song of joy and praise. In the brothers’ daily conflicts with the world, the flesh, and the devil, they can learn that our lives on earth consist in endless warfare. For the victories to be won, songs need be sung.

But beyond these songs is the Song of Songs. Only “the touch of the Spirit can inspire a song like this,” and only experience can learn what it is. The English translation interprets the word addisco as “unfold its meaning.” But the main point here is that personal experience is essential in order to fathom the visitation of the Spirit that can come, for example, from the text’s inspiration. This sentence is perhaps the key to all eighty-six sermons: “The touch of the Spirit teaches” and “personal experience informs.” The term experientia appears fairly often in Bernard’s writings. Sermon 3 opens with the declaration “Today we read in the book of experience.” Each brother was asked to be personally aware of what Bernard told him. Experience in Bernard has nothing to do with the romantic idea of the individual’s uniqueness. He appealed instead to the person’s ability to penetrate the depths of his own being in order to discover the imprint of God. We are close here to the world of Augustine of Hippo’s “If I know myself, I will know you [God].” In Bernard’s context the individual soul is united to those of his brothers in making use of the Song of Songs as a way of reaching out for the divine touch or its anointing.

Bernard ended the first Sermon on the Song of Songs by reminding his monks once again that what he offered was not for novices or anyone else who recently had left the world. He was addressing those who through study and discipline were ready “for nuptial union with the divine partner.” He would promise to describe such matters in what was to come, but for the time being the tasks of the day called upon the monks. This may well be a rhetorical flourish, but I think Bernard wanted to remind his audience, both at Clairvaux and at other monasteries, that such spiritual conferences had to be put into the context of the monastic day. It was the abbot’s duty to spare his monks endless sermons, just as it was the monks’ obligation to listen to what their abbot could tell them. When the first Sermon on the Song of Songs actually was given during Advent 1135, Bernard may indeed have ended it in this manner, so the day’s work could be done. Afterwards he kept this ending, to remind his audience that monks do not just sit and listen. They also attend to the practical side of their vocations.

I could continue this review and summary of these Sermons on the Song of Songs, but this introduction is sufficient to provide a sense of how Bernard sought to convey to his monks the meaning of the mystical life. Bernard revealed his identity in such sermons. He was confident that his monks would be able to digest the solid food he was giving them and use their personal experience to open themselves to the inspiration of the Holy Spirit. His expectations were high, and he trusted the impulses and yearnings he found within himself and within his monks.

Toward the end of his life, in Sermon 83.1, Bernard opened up the perspective he provided in these sermons and claimed that every human person could benefit from his insights: “Every soul, I say, standing thus under condemnation and without hope, has the power to turn and find it can not only breathe the fresh air of the hope of pardon and mercy, but also dare to aspire to the nuptials of the Word.” Bernard thus departed from his early assertion that his sermons were suitable only for a monastic audience, and the response he gained after his death confirmed the relevance of these sermons, for they were soon translated into French. However much Bernard lived in what seems like an exclusively monastic world, he was able on occasion to emerge and to convey his thoughts to a much larger audience. This ability is most apparent in his crusade preaching, but here, on the threshold of eternity, Bernard invited every Christian “to the nuptials of the Word.”

These sermons, continuing right up to the time of Bernard’s death in 1153, indicate that the abbot of Clairvaux was able, amid his political involvements, to formulate ongoing contemplative experience. He was, of course, a writer and needed to express himself. During the first half of the 1130s, however, he apparently only wrote letters. But now he put aside time to read in the book of his own experience and use the Song of Songs as a way of addressing divine love and its embrace of the human person.

Bernard was no Pelagian and did not imagine that God comes to the individual because he conjures him by fasting and prayers. In the sermons he spoke of the divine presence as coming unexpectedly. But Bernard was confident that a loving God would embrace the human person as the groom does the bride in the Song. He never lost sight of this hope, and this hope may surprise a modern observer, for whom disillusionment and even cynicism seem to be the end of many human commitments. Bernard continued to go where he was called, but always returned to his community at Clairvaux. He certainly got tired, and his perennial stomach problems continued. At the same time his reputation meant that in Milan and other Italian cities he was besieged by sick people more or less demanding miraculous cures.

What was it like to be Bernard? The question defies answering, even though we know so much about his movements and can follow his train of thought in his writings. It would be correct to categorize him as mystic, church politician, founder of monasteries. But all these titles fail to capture the phenomenon of Bernard, and the word “saint” hardly begins to match his complicated life. Perhaps the best that could be said is that Bernard in these sermons and in consciousness waited for the coming of the Word of God into his mind and heart. Time and again he experienced this advent, and so he could continue his restless existence. As he wrote for his monks in Sermon 74.5,

I admit that the Word has also come to me . . . and has come many times. But although he has come to me, I have never been conscious of the moment of his coming. I perceived his presence. I remembered afterwards that he had been with me.

Bernard here allowed his monks to peer into his inner life. The abbot who so often was absent now in his presence in his monastery gave himself the opportunity to speak of what he perceived in his inmost being. By so doing he handed over to his monks in his Sermons on the Song of Songs one of the most transformative expressions of Christian spirituality. But soon after preaching his first Sermon on the Song of Songs, Bernard left his monks at Clairvaux and returned to the highways and byways of Europe in his attempt to resolve the papal schism.

EDITORIAL NOTE: This essay is an excerpt from Bernard of Clairvaux: An Inner Life by Brian Patrick McGuire. Copyright (c) 2020 by Cornell University. Used by permission of the publisher, Cornell University Press. 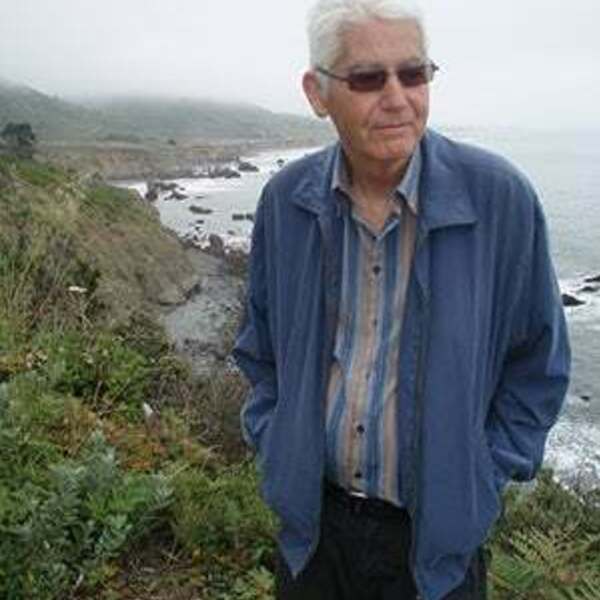 Brian Patrick McGuire is Professor Emeritus at Roskilde University. He is author or editor of twenty-five books, including Bernard of Clairvaux: An Inner Life.

Charles Ridley draws on Saint Bernard as an unlikely resource for ecumenism. 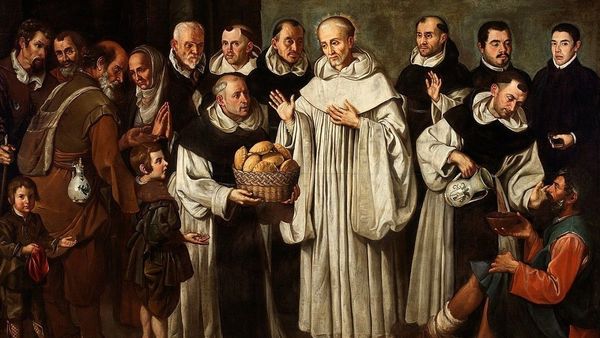