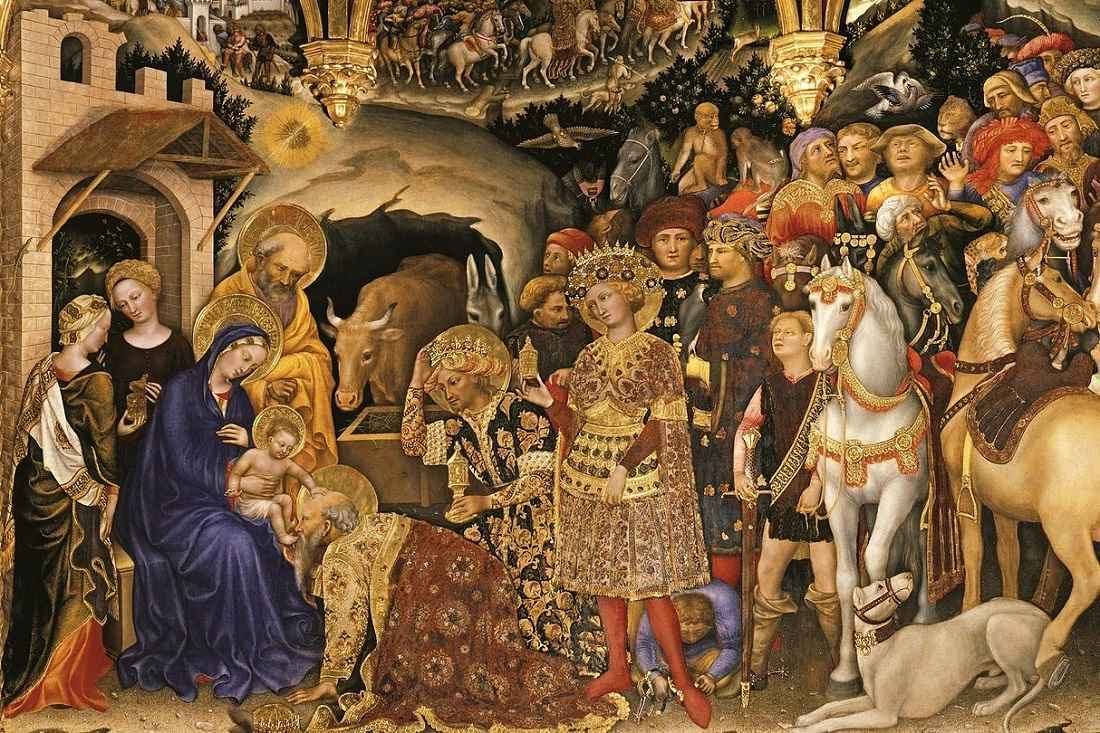 The word Epiphany, a derivative from the Greek language, can be translated in Latin by Manifestation. On this day, therefore, the Redeemer of all nations, being revealed to all nations, occasioned this solemn feast. A very few days ago we celebrated his Nativity; today we celebrate his Manifestation. The tradition is that our Lord Jesus Christ was adored by the Magi on this day, thirteen days after his birth. The Gospel truthfully states that this event took place, and the universal acceptance of this glorious feast attests that it happened on this day. For it has seemed just, and it really is just, that, since the Magi were the first of the Gentiles to know Christ the Lord and since they, not yet influenced by his speech, followed the star which appeared to them and, like a tongue from heaven, distinctly spoke to them in behalf of the Speechless Word, then, I repeat, it is just that the Gentiles should recognize this day as the occasion of salvation for their first-fruits and that, with solemn observance, they should consecrate it to Christ the Lord in a spirit of thanksgiving. To be sure, the first-fruits of the Jews unto faith in the revelation of Christ were the shepherds who, approaching from nearby, saw him on the very day of his birth. To them angels made the announcement; a star did this for the Magi. To the shepherds “Glory to God in the highest" (Luke 2:14) was said; in the case of the Magi, the Psalmist's words, “The heavens show forth the glory of God,” (Ps. 18:2) were fulfilled. Both groups, as if they were the beginnings of two walls coming from different directions, that is, of circumcision and of uncircumcision, hurried on to the cornerstone so that he might be their peace, making both one (Eph. 2:11-22).

Now, the shepherds praised God because they had seen Christ; the Magi, however, adored Christ when they saw him. In the Jews, thanksgiving took precedence, whereas humility was more marked in the Magi. Perhaps the shepherds, less conscious of guilt, rejoiced more readily in the thought of salvation, whereas the Gentiles, burdened with many sins, sought pardon with greater submissiveness. This is the humility which sacred Scripture commends as more pronounced in those who belonged to the Gentiles than in the Jews. For from the Gentiles came the centurion who, although he had accepted the Lord with all his heart, said that he was unworthy to have him enter into his house, desiring the Lord not to see his servant, but merely to command that he be healed. Thus he cherished deep within his heart the presence of him from whose actual presence within his house he recoiled in all reverence. Then it was that the Lord said: “I have not found such great faith in Israel” (Cf. Mt 8:5·10). The Chanaanite woman, too, was a Gentile, who, when she heard the Lord liken her to a dog unworthy of having the bread of the children cast to her, nevertheless demanded the scraps destined for the dogs, and merited not to be considered unworthy because she did not deny her true status. For she herself heard the Master say: “O woman, great is thy faith" (Cf. Mt 15:21·29). Humility had made her faith great because she had made herself small.

Therefore, the shepherds come from nearby to see; the Magi come from afar to adore. This is the humility on account of which the wild olive merited to be engrafted upon the olive tree and to bear olives contrary to its nature (Cf. Rom. 11:17·25) because it merited to change its nature through grace. For, although the whole world through the influence of the wild olive was becoming wild and bitter, enriched by the grace of the grafting it has become resplendent. Now people are coming from the ends of the earth, saying in the words of Jeremias: “Surely our fathers have possessed lies" (Jer. 16:19). And they come, not from one part of the world only, but, as the holy Gospel according to Luke says: “from the east and from the west, from the north and from the south” (Lk 13:29) to sit down with Abraham and Isaac and Jacob in the kingdom of heaven. So, by the grace of the Blessed Trinity, the whole earth from its four corners is called to the faith. According to this reckoning, when four is taken three times, the apostolic number, twelve, is consecrated as symbolizing the salvation of the whole world from its four corners in the grace of the Trinity. This number was also indicated by the vessel full of all kinds of animals, as it were of all nations, shown to Peter (Cf. Acts 10:11-13.) For this vessel, let down from the heavens by the four corners, was lowered and taken up three different times, so that the four became twelve. On that account, perhaps, when twelve days had elapsed after the birth of Christ, the Magi, the first-fruits of the Gentiles, came to see and to adore Christ and thus merited not only to insure their own salvation but also to prefigure that of all Gentiles. Let us, therefore, celebrate this day most devoutly and let us adore the Lord Jesus now dwelling in heaven, as those first-fruits of our race adored him lying in the inn. They reverenced in him what he would later be; we reverence what he has become. They, the first-fruits of the Gentiles, adored him at the breast of his Mother; we, the Gentiles of today, adore him sitting at the right hand of God.

EDITORIAL NOTE: This is Sermon 203 from Augustine of Hippo, Sermons on the Liturgical Seasons, is reprinted here with permission from Catholic University of America Press, all rights reserved. 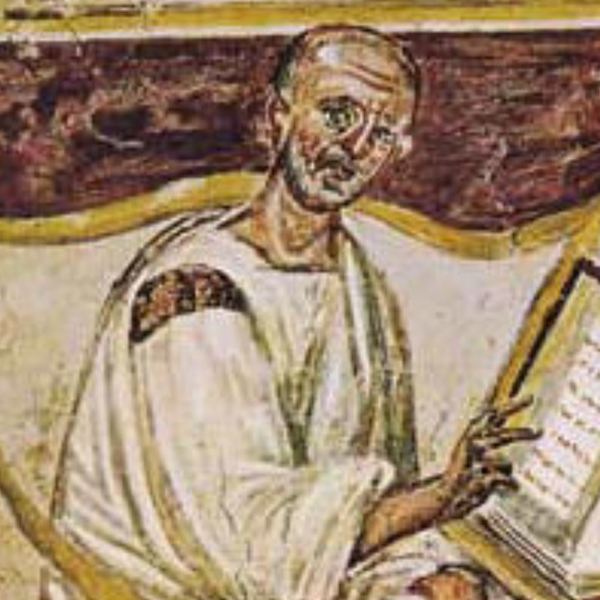 Augustine of Hippo was born in what is modern-day Algeria in 354. He is a Doctor of the Church.

Read more by Augustine of Hippo