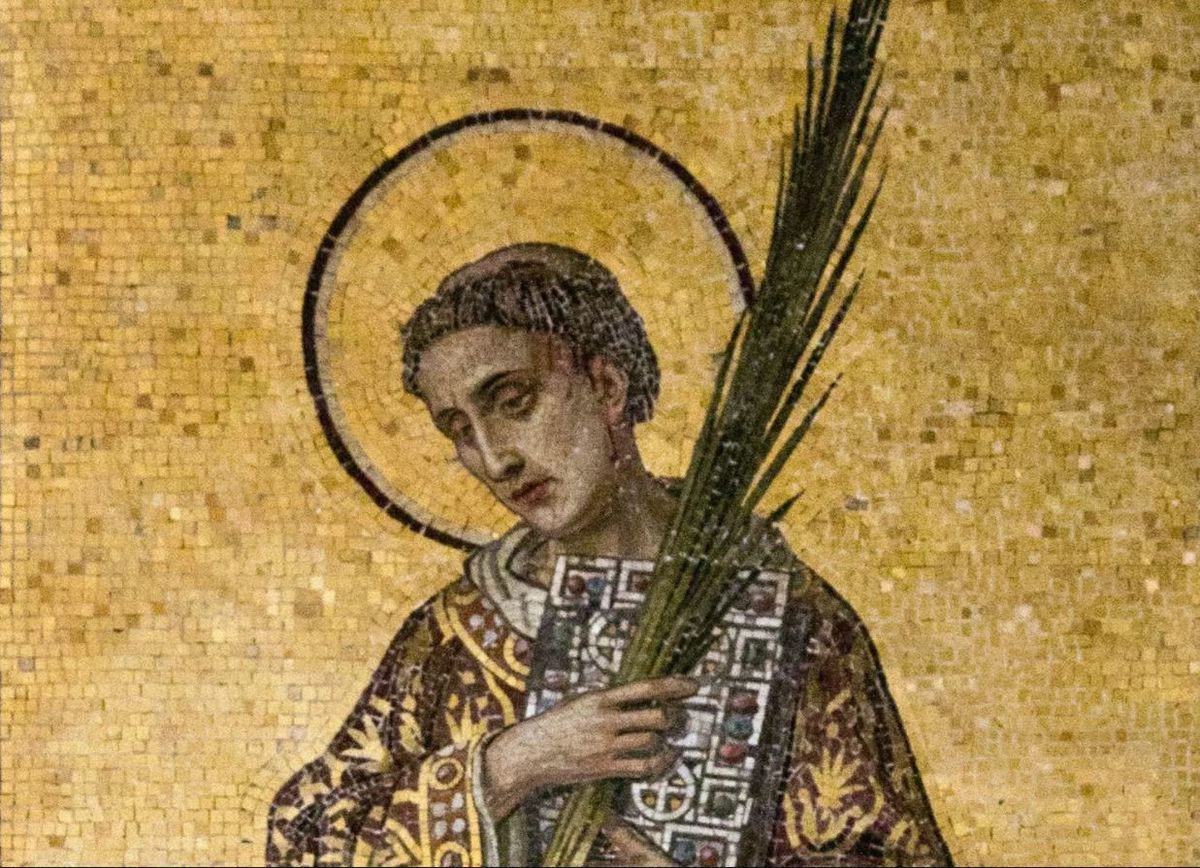 Well, so that is that. Now we must dismantle the tree,
Putting the decorations back into their cardboard boxes—
Some have got broken—and carrying them up to the attic.
The holly and the mistletoe must be taken down and burnt,
And the children got ready for school. There are enough
Left-overs to do, warmed-up, for the rest of the week—
Not that we have much appetite, having drunk such a lot,
Stayed up so late, attempted—quite unsuccessfully—
To love all of our relatives, and in general
Grossly overestimated our powers.
—W.H. Auden, “For the Time Being”

December 26 can be a miserable morning. The fresh-looking print in one's new books already has the dull glaze of familiarity. If you’re me, your new pants may already have a tear in them. Yesterday weren't all things supposed to be made new? Didn’t I just try for four weeks to egg on my longing for Christ, dragging it slouching and grumbling out from under my rocky heart? If I did, I have nothing to show for it. I’m still crabby and arrogant and hoping the Christ-Child will enjoy his generous allotment of one-quarter to one-half of my heart.

Auden knows me too well. “Once again / As in previous years we have seen the actual Vision and failed / To do more than entertain it as an agreeable / Possibility…” And so, on loathsome Boxing Day, tender and sympathetic Mother Church hands us St. Stephen. Stephen was one of the first deacons, chosen by the Apostles in Acts 6 to aid their ministry to the poor. By the end of the chapter the Jewish priests try him for blasphemy. And by the end of chapter seven, he has been stoned. He is called the first martyr.

I've liked St. Stephen since I first encountered him in my childhood Lives of the Saints book. Recently, I’ve been drawn to his freshness and innocence. The picture from my saints book (at right) shows as much. St. Stephen wants nothing but God. Scripture says those who tried him “looked intently at him and saw that his face was like the face of an angel” (Acts 6:15).

Perhaps many people find this sort of purity off-putting, especially in male saints. It looks weak. Yet Christianity asks everyone, including men, for weakness. This was as weird in 40 AD as it is today. But there's also something compelling and attractive about it. St. Stephen's purity—his supposed weakness—was not born of flimsiness or spinelessness. Rather, his purity was born of intensity, for being pure means being intent. Søren Kierkegaard said that purity of heart is to will one thing. At the end of his life, St. Stephen came to will nothing other than God. It showed, on his face and in his dying.

St. Stephen lived in the very earliest years of the early Church, in the immediate aftermath of Christ’s life on earth. Perhaps he can teach those of us who wonder what it means to live the day after Christmas, when our presents get tarnished, our faith gets weary, and we wonder whether we really let Christ come after all. St. Stephen had what Gerard Manley Hopkins called “the dearest freshness,” which my presents and I lack. He didn't, as Auden says, entertain Christ as an agreeable possibility. He entertained Christ as the true guest of his heart, a tenant who could have every room and never pay rent.

To do this, he had to become weak. Somewhere along the way, one doesn’t know when, St. Stephen had to let down some bars, give away some goods, and give up some petty loves. He was, Acts tells us, a talented man—a good speaker, a quick thinker. He probably had to let go of some pride. In this process Christ came to live in him more and more. Christ took possession of his gifts and used them to preach the Gospel, maybe even to plant seeds in the heart of Saul, who Acts says was present at Stephen’s martyrdom.

Stephen did just what Auden’s modern subjects didn’t do. I “have grossly overestimated my powers” and grossly underestimated God’s. Stephen didn’t regurgitate some self-created love. He let himself be taken in the divine love. This is how one learns to love one's enemies and one's relatives (and sometimes the twain does meet).

On St. Stephen’s feast,  the Gospel of peace already meets with violence the day after Christ's birth. Stephen’s weakness, his vulnerability to divine love and power, lets him meet the violence with peace. In many images of St. Stephen, the priests’ stones simply rest on his head. Stephen's is the weakness and purity of the Incarnate Son.

On December 26 we look at Stephen’s seraphic face, but more still at the crèche. There in the manger lies the puzzling baby Word, unable to speak a single word. And what will become of him? He shall become great and be called the Mighty God and Everlasting Father. So we are told. For a while it looks like it will all work out . . . miracles and crowds and fame. But after thirty-three years, the wordless, vulnerable baby hasn’t made it very far. Thirty-three years after sleeping in the wood trough, he’s dying on a tree. Apparently the only words he’s learned are, “My God, my God, why have you forsaken me?” (Mt 27:46; Ps 22:2).

St. Stephen shows forth the Christmas mystery of purity, intensity, weakness, and captivation by love. If you missed “the actual Vision” yesterday, here He is the next day, alive in His saints. I think I've seen the Vision. Will I entertain it? Will I keep on seeing it?

The day after Christmas, despite the violence, the order is already being restored. The eyes of the blind are opened, the ears of the deaf are cleared. The mighty are already being cast down from their thrones, the lowly already raised up. Though I may not see it, a real freshness is here. The clouds have dropped down dew. The Just One has sprung up from the earth, even if there's constant injustice. Have I seen the Kingdom of God, already at hand in that boring and arduous now, the Time Being?

Your hands from your ears!
Away from your eyes!
See who comes, a child with tears;
Hear the God who sniffs and cries.

Sooner or later—probably sooner rather than later these days—children stop believing in Santa Claus. My younger brother was an exception to this rule, although to be fair there were a lot more cultural supports for Santa Clau... 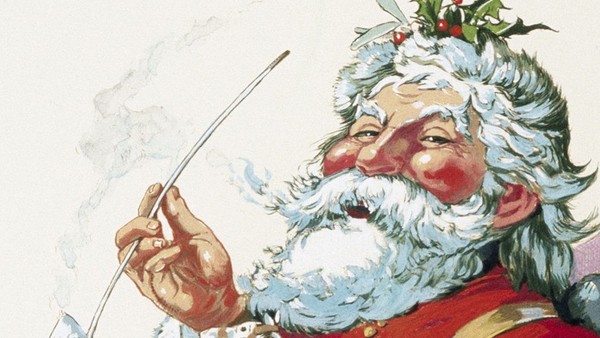