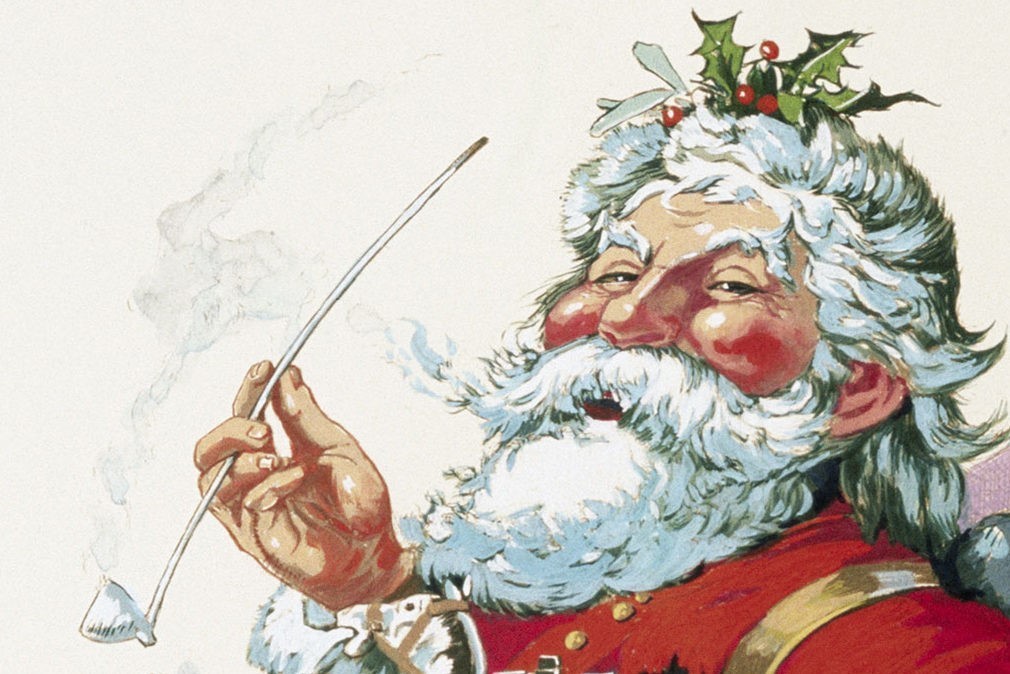 Sooner or later—probably sooner rather than later these days—children stop believing in Santa Claus.

My younger brother was an exception to this rule, although to be fair there were a lot more cultural supports for Santa Claus in the early 60’s, and my parents always arranged for someone dressed in convincing Santa attire to arrive in our front room parlor every Christmas Eve.

However, we reached a point when the good Sisters in our parish school finally called my mother in and said, “It's time to tell him.”

My brother was devastated to learn the truth, but also embarrassed by the fact that it was not revealed to him sooner.

I think of this often when I read all the hand-wringing about “Nones” and young adults “leaving the church.”

According to research conducted by the Public Religion Research Institute and the Pew Research Center, between 50 and 60 percent of people who claim no religious affiliation (the so-called “Nones”) report that they simply “stopped believing” in their childhood religion, usually before age 30.

Of course, this is a serious challenge to churches and to those of us who are parents, catechists and pastors, but I'm not convinced that it is necessarily a total disaster. In fact, I want to believe, based on my experience, that many of these young adults are not actually abandoning their faith—they are simply outgrowing it.

This shouldn't seem so surprising or catastrophic—when we remember that a person’s faith passes through stages or phases, growing gradually more adult and more mature.

Years ago, the U.S. bishops wrote in their pastoral letter Our Hearts Were Burning: “Faith is living and active, sharing many of the qualities of living things: it grows and develops over time; it learns from experience; it adapts to changing conditions . . . ; it goes through seasons . . .” (§50).

The early Christian tradition recognized three stages or seasons of spiritual growth: the Purgative, Illuminative and Unitive Way.  More recently, Kenneth L. Parker, in his book Your Grown-Up Faith, labeled the phases as the Child’s Way, the Youth’s Way and the Adult’s Way. Paul Dinter, in his book Beyond Naive Belief, calls them Pre-Critical, Critical and Post-Critical Faith.

Perhaps the individual best identified with “stages of faith” is James Fowler, who published a book by that title in 1981.  Fowler identified seven “stages” of faith, three preceding and three following the stage most common among adults, which Fowler called “Conventional Faith.”

Conventional Faith is a step beyond Literal Faith, a stage common in children, but it may retain some of the characteristics of that earlier stage, including a somewhat literal or concrete understanding of the mysteries of the faith. It may retain both critical and non-critical (what Dinter called “naïve”) attitudes toward the content of the faith.

Conventional Faith is shaped by an individual’s growing ability and desire to participate in the wider world beyond the immediate family, a need to belong to a community of peers and friends who share the individual's interests and values. At this stage a person’s faith is highly inter-personal and communal; like the individual, it “belongs” to the group and is shaped by the conventions, traditions, rules and habits of the faith community, all of which offer the individual both identity and security.

We are told that many adults live on the level of Conventional Faith for most or all of their lives, although I suspect that a good many adult Catholics actually have doubts or questions about the representations of the faith they learned in childhood.  However, unlike younger adults these days, they can't risk the security and certainty which faithful membership provides.

I'm guessing that these older adults are in some ways like an older child who begins to suspect that what he or she was told about Santa Claus can't be literally true, but who continues trying to believe, maybe even pretending to believe, out of fear of parental displeasure or the hope that there is some deeper truth embedded in what they were taught.

By contrast, younger adults who tell researchers that they have “just stopped believing” may be like those older children for whom parental displeasure, or the fear of rejection by the group, is no longer sufficient to outweigh their intuition, personal experience or common sense.

What I fear most is that younger believers who eventually just stop believing and older ones who secretly harbor doubts, all mistakenly assume that faith ends when they start questioning the presentation of the faith which they learned as children. Even more, I fear that many pastoral leaders come to the same mistaken conclusion.

The truth is, there is faith after Conventional Faith. Not less faith, not cheaper faith, but a deeper, more mature, more adult faith. Fowler called this stage Conjunctive Faith or Mystical Faith; Dinter called it Post-Critical Faith or “the new naiveté.”

When individuals grow into Conjunctive or Mystical Faith, they become more aware of the presence of the Divine Mystery in all of life. This awareness produces a deeper sense of sufficiency, wholeness and peace, which enables a person to accept and believe the deep mysteries, uncertainties and paradoxes of faith which cannot be adequately explained or fully understood by human reason alone.

This is the stage at which Catholic adults, for example, learn to grasp the deeper mysteries of God as both one and three; Jesus as both human and divine; Eucharist as both bread and wine, body and blood; Mary as both mother and virgin; church as both institution and community; and even perhaps, after the recent Year of Mercy, both mercy as justice and justice as mercy.

In other words, Conjunctive Faith bridges the assumed gap between faith and reason. It senses a deeper reality, a deeper mystery, in which what would at first seem to be contradictions actually turn out to be complementary.  It enables an individual or a faith community to live more comfortably and more hopefully with a reality which is still unfolding and with mysteries which, at least for the time being, are more fully encountered than explained.

It is worth recalling here what the Catechism says about the language of faith: Although we approach the mysteries of faith “with the help of formulations which permit us to express it,” the Catechism says, “We do not believe in formulas but in those realities they express, which faith allows us to touch.”  It goes on to quote St. Thomas Aquinas: “The believer's act [of faith] does not terminate in the propositions but in the realities [which they express]” (§170).

One might wish the translation had said, “those mysteries . . . which faith allows us to encounter or hope for,” since the Catechism is not unaware of Paul's characterization of faith as “the assurance of things hoped for [and] the conviction of things not seen” (Heb 11:1, quoted in §146 in the Catechism).

It is also worth recalling here the late Karl Rahner's prediction that in the future Christians will be mystics or will cease to exist.

One of the challenges here is that getting to this deeper, more mature, more adult stage of faith, to the deeper mysteries which lie behind or beneath the formulations, usually requires passing through an intermediate stage of exploration and discovery. Fowler called this stage Personal Faith; Dinter called it Critical Faith.

This stage functions as a kind of spiritual adolescence, a period of discernment in which individuals re-think the conventions and convictions of the group—not necessarily to reject them, but to uncover a deeper personal appreciation for the mysteries presented to them in childhood.

Like adolescence itself, this stage may be marked by a certain degree of ambivalence, confusion, rebellion, withdrawal, even hostility, and defiance. And for that reason it scares the living daylights out of the people who are used to being in charge—parents in the one case, pastoral leaders in the other.

The truth be told, many parents would avoid their children's adolescence altogether if they could, but most of us (reluctantly) realize that adolescence is an essential step toward adulthood. When we are lucky, we learn to walk softly, talk gently, pick our battles carefully, and spend a lot of time listening. If we have matured beyond childhood and adolescence ourselves, we are capable of empathizing with our teens’ questions and validating their doubts, confident that this confusion will pass, grace-fully, without any tragic mistakes.

Would that those of us in faith formation could do the same.

On the whole, I think too many of us are reluctant to walk with those who are passing through spiritual adolescence. We are challenged by their questions and threatened by their doubts; we fear confrontation and mistakes; we worry about scandalizing “the little ones.” Or perhaps we ourselves lack the language or the understanding to express the content of faith in a deeper, more mature, perhaps less concrete, but more convincing, way. And often, in the back of our minds, is the nagging fear that we are “losing control.”

Too often, when individuals struggling to rediscover their faith come to us for guidance we try to squeeze them back into the comfortable confines of Conventional Faith by reasserting our authority and repeating the formulas and representations which we taught them as children. It’s as if we had entirely forgotten that the New Evangelization encouraged us to rediscover, renew and re-propose the faith; I don’t think it ever used the word “repeat.”

We shouldn’t be surprised that our efforts are just as effective as trying to convince a smart older child that there is really, literally, a Santa Claus. Rarely does the effort succeed, and then only at the cost of further growth and maturity. As a general rule, I think faith leaders have ignored or denied the tremendous damage we cause by treating emerging adults as grown-up children.

What young adults passing through spiritual adolescence need is a faith community which has developed both the ability and the desire to walk quietly and confidently by their side, recognizing, as wise parents do, both our influence and our limitations, and always aware that for the young adult this challenging stage in life is shaped by a disorienting desire for both belonging and independence.

I know some faith formation leaders are uncomfortable with the whole idea of seasons or stages of faith, often because they fear that what are essentially tools for description will be used or perceived as judgments.

However, in my experience adults young and old almost always welcome an explanation of the developmental nature of faith. They express both approval and relief—approval because the idea that faith grows and develops confirms what they intuitively know about their own experience, and relief because it is affirming to know that their questions, doubts, and struggles about faith can be thresholds to a deeper faith, not the loss of faith.

If we are concerned that our children and young adults (and perhaps even older adults) will eventually just “stop believing,” we must first of all realize that, understood in the perspective of the seasons of faith, this is not entirely a bad thing.  In fact it might be an essential step toward a deeper, more mature, complex, less literal or concrete, adult appreciation for the mysteries of the faith that can never be adequately expressed in words (or images) alone.

Secondly, we must be better prepared to help these growing adults, young or old, to appreciate the deeper mysteries of the faith which they could not understand as children.

An American bishop wrote recently that the problem with “Nones” is a lack of faith.  I think he's right, but perhaps not quite in the way he described it. 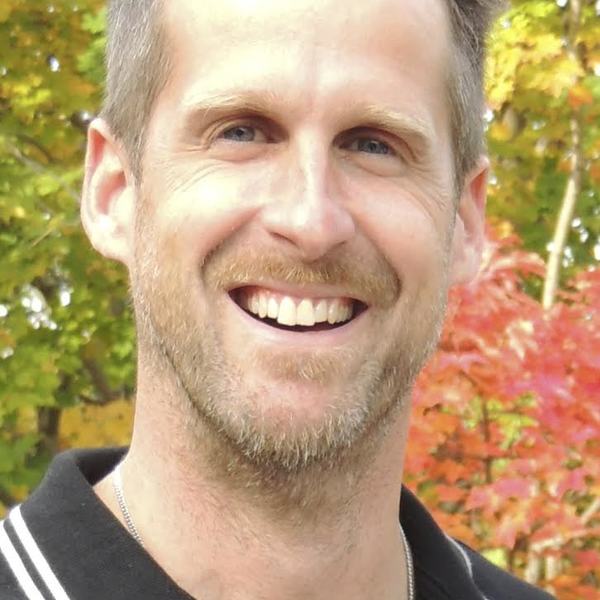 Dave Cushing is director of adult faith formation for the Catholic Parishes in Waterloo, Iowa.