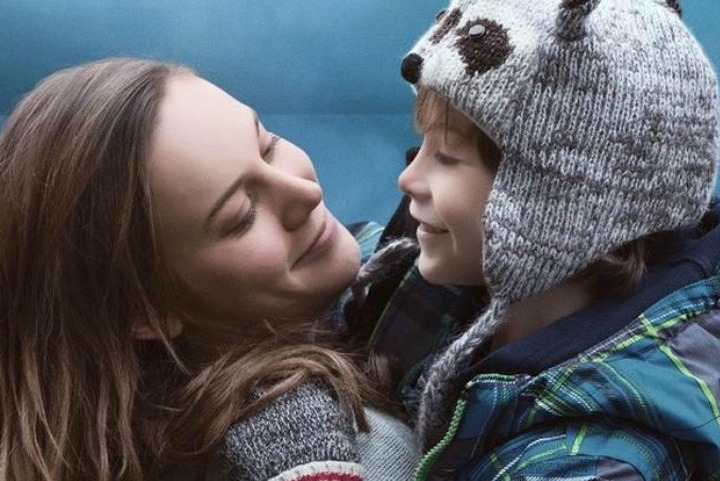 “All of these movies I am doing are actually very old stories. They are much older than I even have a timeframe for. And they are the stories of our lives. They are the ways that we can process and make sense of this world and feel like we are connected to it.”
—Golden Globe winner Brie Larson, post-show interview

Room is a film adaptation of Emma Donoghue’s 2010 novel of the same name. In it we meet Brie Larson’s “Ma” opposite Jacob Tremblay as her five-year-old son “Jack.” Together Ma and Jack live inside a 10 x 10 enclosure—Room. Room has been Ma’s world for the past seven years. It has been Jack’s world his entire life.

As the movie begins, we enter an undoubtedly happy scene. We witness the laughter and adventures of mother and son as they celebrate Jack’s fifth birthday. Room is their home, and they have clearly done all they can to make it so. But it isn’t long before our view is darkened by the ominous sound of bolts. Ma is careful to put Jack into the closet, a temporary refuge inside a world regulated by the routine and pleasures of a man we come to know as Old Nick. His entrance yields silence that is filled moments later by a haunting back-and-forth creak from the bed. Room, it becomes clear, is no ordinary place, but the place where Old Nick is holding Ma and Jack captive. And yet, despite the grisly circumstances of its plot, Room soars in its exploration of the power and transformation that is possible through a commitment to love—even in the most trying of circumstances.

Within the captivity of Room, Ma’s vision has shrunk. Her life, as we learn later, was brimming with possibility—a world where family, friends, and sports lit a bright path toward college and family life. Now, all that’s certain lies within the confines of a 10 x 10 shed.

Juxtaposed with Ma’s experience is that of her son, Jack. As Manohla Dargis observes in her New York Times piece on the film, Jack’s “Room” is not the “same inhumane prison that Ma suffers in, but a wide-open universe trembling with possibilities, with dancing lights, hand-shadow puppetry and amusements made with cardboard and eggshells.” For Jack, Room brims with life.

Yet, despite her challenges, Ma’s spirit is not lost. Despite her pain, Ma commits herself wholeheartedly to Jack’s wellbeing. Simple, imaginary moments of “dancing lights” and “hand-shadow puppetry” are Ma’s liberation. In a place where so many basic needs are restricted, no walls can restrict her commitment to love and live for Jack. Determined to persevere, Ma’s imagination is the loving sustenance through which both live. There, even within the confines of Room, life and love grow together.

An ingenious plan allows Ma and Jack to escape and return to the world. Yet, as the physical effects of captivity fade away, the psychological ramifications remain. Jack struggles to make sense of the world that exists outside of Room. And Ma struggles, literally and figuratively, to embrace the life and love she once knew so well. Yet even as she struggles, young Jack provides her with the love and light she gave to him during their time in Room.

Poetry . . . should be essentially poetry, with
nothing poetic about it, poetry standing naked in its bare bones,
poetry so transparent that we should not see the poetry, but
that which we are meant to see through the poetry.


Room stands “naked in its bare bones.” It shows the ugliness, the baseness, the raw emotion and struggle of the human existence. We descend into the dirtiest, messiest parts of life. Yet it is there that Room shows us that it is precisely from the dirt that the seeds of life and love can bloom. Without cheapening or brushing aside any of the struggle, we see that it is still possible to see through the disgusting, dirty, physical and emotional consequences of Room. We see alongside Jack and Ma that our imaginations don’t necessarily invent new realities, but that they invite us to remember a reality that is already there.

As T.S. Eliot so poignantly observed:

History may be servitude,
History may be freedom. See, now they vanish,
The faces and places, with the self which, as it could, loved them,
To become renewed, transfigured, in another pattern.
(Four Quartets, “Little Gidding,” III)


If there’s anything that Jack and Ma show us, it’s that even the smallest of places can contain transforming love. And in this way, Room is indeed reminiscent of “a very old story,” recalling Larson’s words above.

Room reminds us of how the greatest love humanity ever has known began in the tiniest of spaces: a Virgin’s womb, a stable in Bethlehem. And even today, our life of faith invites us into the reality of a God whose life and love become really present in the Eucharist.

Room points us toward this Eucharistic truth—no space is too small for the seeds of love to flourish. For there, under the form of simple bread and wine, we hold the mystery of our faith—God’s self-offering, the sustenance by which our own life and love can grow into an image of his Kingdom.

Scott Boyle is the assistant director of Notre Dame Vision and a recent graduate of the Institute for Church Life’s Echo: Faith Formation Leadership Program.