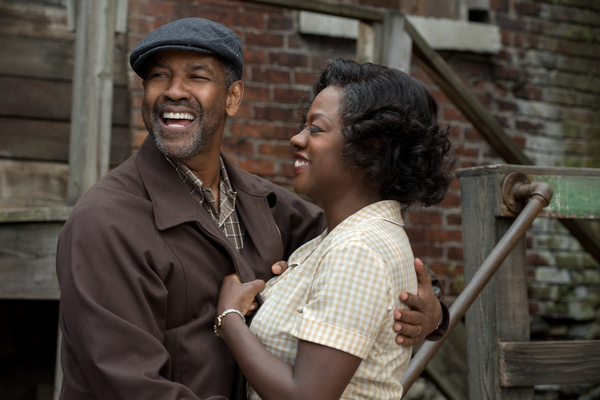 What happens to a dream deferred?

Or does it explode?


Through a few short lines in his 1951 poem “Harlem,” Langston Hughes asks his readers to consider a response through brief but vivid imagery. Far from a whimsical thought experiment, these words capture the voices and experiences of an African American community whose bright American dreams have been too often lost amid the ugly shadows of racism.

In director Denzel Washington’s Fences, adapted from August Wilson’s 1983 play, this societal sin forms the backdrop against which the richness of its narrative blooms. The depth of Wilson’s characters (and of the actors bringing them to life) pushes Fences far deeper than skin tones: laid bare is the anatomy of a ‘dream deferred’ and its implications on the human soul.

In the film’s opening scenes, we meet sanitation worker Troy Maxson (Denzel Washington), riding his normal route on the back of a garbage truck in 1950s Pittsburgh. Troy hangs off the side of the truck, bantering with his longtime friend Bono as they gather waste from the side of the road. Troy has a dream—to become the first African American driver in the history of the sanitation department.

These are the first brushstrokes in the portrait of a man whose dreams and hopes have been his lifeline amid a difficult childhood—a harsh father, life on the streets struggling to survive, and a robbery turned murder that landed him in jail. Yet within the walls of prison, Troy shows himself to be a gifted athlete and he holds fast to another budding dream—playing major league baseball. To his disappointment, he makes it only as far as the Negro Leagues. The memory of these professional aspirations burns within Troy, alongside the conviction that he could have been better than those like Jackie Robinson who paved the way and broke baseball’s color barrier. Troy’s stories are saturated with longing for what could have been.

This longing is juxtaposed with the concrete good things Troy does have in his present situation, things he only dreamed of in his youth: a house, a steady job and a family, and good people who want to love him, especially his wife Rose and son Cory. These juxtapositions form the central tensions of the story. Troy’s pained memories of his father cloud the love that Rose gives him in abundance. He struggles to support Cory’s own promising rise in sports amid the memories of prejudices he experienced as an aspiring athlete.

So what of the anatomy of a ‘dream deferred’? Perhaps it’s not the loss of the dream itself that is the most difficult to bear. Fences suggests that the difficulty lies in facing and living the new reality. After a dream so nearly attained, everything else in Troy’s life pales in comparison.

Hughes’ poetry and Wilson’s drama are but just a few of these stories of ‘dreams deferred.’ Now more than ever, we hear Troy’s story told anew, this time in the voices of the refugee, the immigrant, and the poor who face their own unexpected, unwished-for realities. In these situations, it’s perhaps easy to see how dreams could “dry up/Like a raisin in the sun” or “fester like a sore/And then run.” Yet, it doesn’t need to be like this. Perhaps poetry like “Harlem” and drama like Fences work because they are not afraid to tell the story of life as it is, with its complexities and challenges. Acknowledging these difficulties is the foundation of a hope that recognizes that things can be different if we know where to begin.

Scott Boyle is the assistant director of Notre Dame Vision and a recent graduate of the Institute for Church Life’s Echo: Faith Formation Leadership Program.