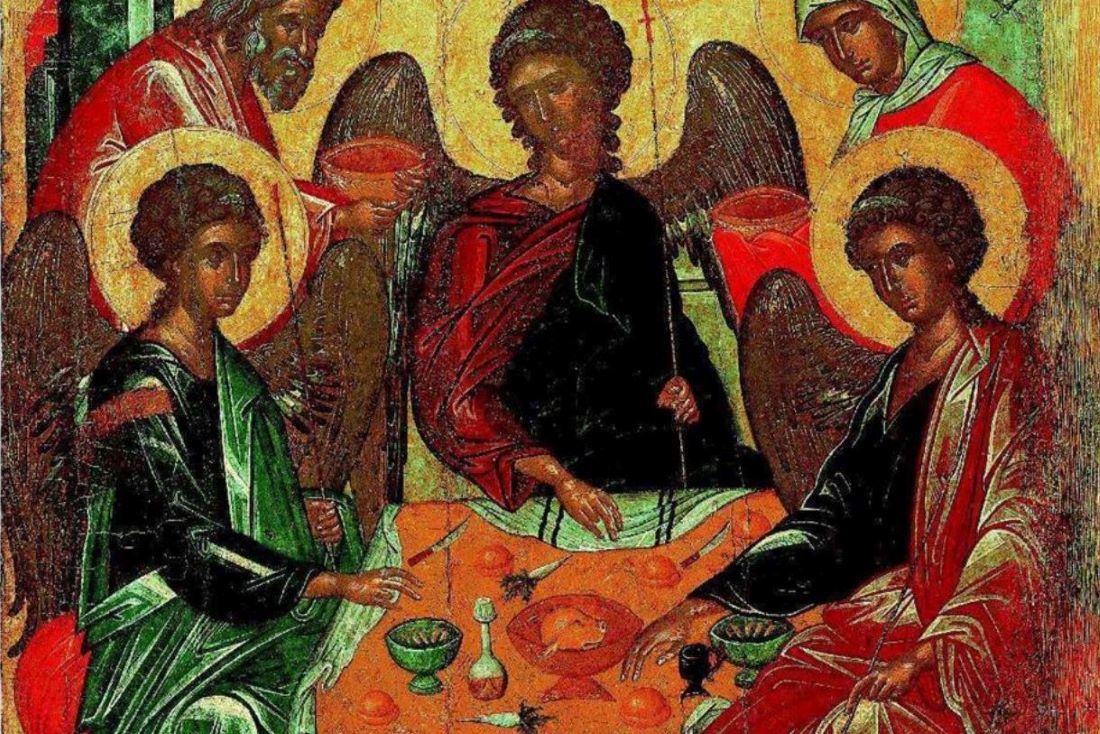 Between the 2nd and the 6th centuries, when Christianity was still new, a series of devastating plagues struck the Roman world. Sweeping across the Empire, they took the lives of as many as one-third of the population, devastating families and cities. In the 3rd century, one particularly vicious outbreak appeared. At its height, from 250 to 262, 5,000 people a day were said to be dying in the capital city of Rome. Those struck down suffered a horrible, painful death.

Even in an age that did not understand the details of germ theory, the danger of contagion was well-known. Many of those who could, fled, including pagan physicians and priests who abandoned major cities during significant outbreaks. Those who were most able to assist the victims, then, abandoned them. Those suffering were left to suffer alone. In the midst of this many Christians took a different path. Dionysius, bishop of Alexandria reported that:

Many of our Christian brothers showed unbounded love and loyalty, never sparing themselves, and thinking only of one another. Heedless of the danger, they took charge of the sick, attending to their every need and ministering to them in Christ, and with them departed this life serenely happy; for they were infected by others with the disease, drawing on themselves the sickness of their neighbor and cheerfully accepting their pains.

Cyprian, bishop of Carthage, said explicitly that he regarded the situation as a test of sorts.

What a great thing is it, how pertinent, how necessary, that pestilence and plague which seems horrible and deadly, searches out the righteousness of each one, and examines the minds of the human race, to see whether they who are in health tend the sick.

What sort of people, we might ask, were these early Christians? What conception of justice could impel them to rush to serve those who suffered—even at profound risk to themselves? And, perhaps most importantly, what would it mean for us to imagine them as our standard and guide? We would have to imagine a people so deeply committed to their neighbors that they would risk their lives for them—and risk their lives perhaps not even to save them, but simply to be present and perhaps to speak to them of another life. As we imagine that, we begin to see the enormity and beauty of our own vocation as Christians.

This is, indeed, perhaps the very heart of what it means to be “pro-life.” We concern ourselves with vulnerable unborn lives, after all, as an implication of concern with every human life, each of them created and loved by God. We know that such a commitment to life can indeed require personal sacrifice.

The implications of this single core commitment are countless. Everywhere, threats to life appear. The focus of this essay is just one task: the work of foster care. In the U.S., as it turns out, we are in fact in the midst of a new plague of sorts: the plague of opioid addiction. In 2017, roughly 1.7 million people in the U.S. suffered addiction to prescription opioid pain relievers. More than 47,000 Americans died as a result of an opioid overdose. And, as with ancient plagues, such widespread devastation has ripple effects. The children of those who become dependent on these substances are left without parents to attend to them. While some are placed with extended family members, a growing number are being placed in the foster-care system. Many states are struggling to keep up. In Maryland, for instance, opioid deaths nearly quadrupled between 2010 and 2016, leading the governor to declare a state of emergency. In the city of Baltimore, foster-care placements increased by 30% from 2014 to 2017. From 2013 to 2015, the number of children placed in foster care nationwide jumped almost 7% to nearly 430,000, according to the U.S. Department of Health and Human Services' Administration on Children and Families. Parental substance use was cited as a factor in about 32% of all foster placements, a rise of 10% from 2005.

Put simply, there are currently enormous numbers of children who need a safe and supportive home immediately—and possibly for good. For those following in the footsteps of the early Christians, called to resist death and to welcome life, the call is clear.

To provide a foster home for children who need it in fact connects to one of the oldest ethical traditions that belong to Christianity: to welcome the stranger. Like their elder siblings, the Jews, Christians remember the repeated injunction of the ancient prophets to “welcome the stranger.” And they, too, know that they have been welcomed by God, who reached out to them with an invitation of love while they were far off (“while we were yet”). It is no accident that the Eastern churches often depict the Trinity itself in an icon depicting Abraham welcoming three heavenly visitors. The hospitality of Abraham tells us, in deep ways, about the inner life of the God we worship, the God whom we seek to imitate.

Foster care is an intimate and demanding form of hospitality, to be sure. It requires that foster parents actually do treat guests like family. Fostering involves not only supplying a warm bed and a listening ear, but making room in more profound ways. There may be not only clothes to wash, but deep pain looking for a place to land. There may be not only dishes to do, but walls to patch, after an angry outburst. For the Christian, though, this is familiar territory. We believe, after all, in a God who has done just this, for us and for all of humanity. Always ready to welcome, always ready to forgive, God shows us what true hospitality looks like. Plus, God's great work in Christ reminds us, in this world, under the condition of sin, such hospitality means self-sacrificing love.

Fostering, though, means even more. For the foster parent, the primary goal is to welcome children. At the same time, though, the purpose of the larger system is to strengthen and re-unify a family. In a secondary sense, then, the reunification of the broken family system must also be the default goal of foster parents. Whether linked to the opioid crisis or not, the parents whose children enter care are among those who are suffering. The legal system intends not only to move children to safety, but also to provide parents the opportunity to regain their equilibrium and to return to the lifelong work of parenting those children. One of the things these parents need most are foster parents who will stand in their stead respectfully, and cheer them on toward reunification.

In some cases, as we know, this is not possible. In a very small number of cases, it will not even be safe for children to visit with their original parents. Even then, however—and even if foster parents make foster children a permanent part of their families through adoption—they will still have the task of nourishing whatever connection to their children's biological families and cultures is best for the long term. In no sense can the child's first world simply be erased or forgotten.

For the foster parent, of course, this will require a very specific and particular death to self. Parenting always requires a sacrifice of self. In the work of fostering, however, even the typical sense in which parents lay claim to children, as theirs and theirs alone, is changed. Foster parents do take on all the responsibilities of parenting, and usually more, but their children will always have a connection, and most likely a deep form of allegiance, to other parents, as well. Foster parents who see and embrace this task will be the ones most able to give these children what they need.

At this point, though, the reader may well be asking: “Who can do this work?” It is surely only for the saintliest among us (or perhaps the most foolish). Every foster parent knows the observation that is often spontaneously offered by others: “I could never do foster care. I'd get too attached!” Indeed, it is only reasonable to take note of the attaching and the subsequent grieving, the hard work of every kind, and the strains to family systems. All these should be taken seriously. For Christians, however, there are powerful resources available, as well. With these in place, in fact, foster care is something that many households could undertake.

Two tools are crucial for any foster family: education and support. Foster families who are able to flourish must first be given, both initially and in an ongoing way, information and insights to support the daily work they do. Discipline that works to strengthen attachment, strategies of emotional regulation, the fundamentally somatic character of trauma: these and many other topics are part of an ongoing education that is essential. At the same time, foster families absolutely require a “village”; whether it is a friend who brings food, a fellow foster parent who can share resources, or simply someone to be a listening ear. Foster families, even more than typical families, need supports around them to care for them as they care for their children.

The ideal situation, in fact, is a network of foster families anchored in a larger community that is “foster-friendly.” Here, many resources and information can be pooled, and individuals can contribute to fostering in a wide variety of ways. Foster families can provide respite care for one another. Experienced foster parents could mentor newer ones. Single young adults can function as “big brothers” and “big sisters,” and anyone can serve as part as an overall support system. Churches could take steps to make sure that children who do not always fit the mold feel welcome. The possibilities are myriad, and a group as small as three or five individual families could collaborate to begin this work.

But we would be remiss if we did not go on to mention special graces that are available, as well. For Christians who take up this work, the there is balm of divine love and mercy, the grace of marriages rooted in faith, and a broader, shared ecclesial life, including the sacraments, upon which families could draw. Providing foster homes for the children who need them is a daunting challenge, but perhaps this is the time to recognize that we actually have what we need to meet it.

All this is not to say that Christians have no part in other dimensions of responding to plagues such as the opioid crisis. There may well be systemic responses required, political or legal. When faced with a plague, we must always seek the cure. But we must also see every individual victim, and we must recognize each as someone who deserving of justice and love, as someone who cannot simply be left to suffer alone.

At the present moment, Christians feel uncertain and uneasy for many reasons. We are living at a cultural moment different from any previous one. We seem to be losing members and losing cultural influence. We may find ourselves wondering which “option” we should choose. Happily, though, there is, in a sense, a simple answer. If we want to take up the work of the early Christians, if we want to support for life, we know that an indispensable element of our vocation is to focus our attention on those who suffer, and ask ourselves what is required in order to love them well. Foster care is one place to begin. 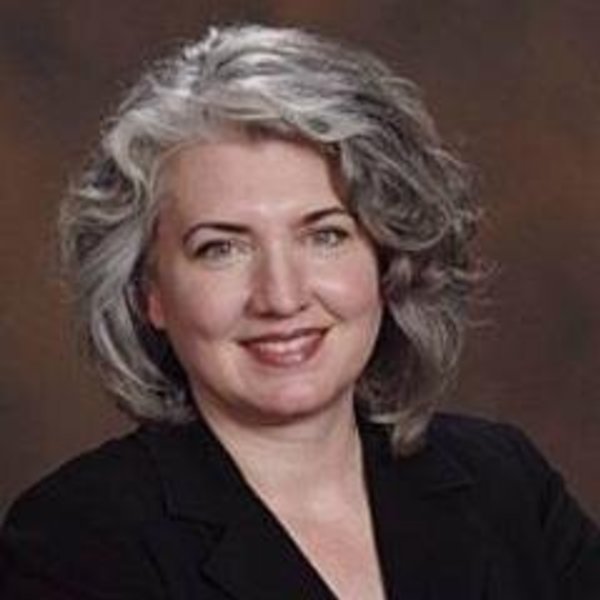 Holly Taylor Coolman is the Chair of the Theology department at Providence College. Her areas of specialty include ecclesiology, Christology, the Law and the Jewish people, and the family. She and her husband are parents to five children, ages 22 to 11.